Hi guys. Today was a very exciting day; the start of my first ever trip to Europa Park! This might possibly be my most significant theme park trip in some time, and it’s quite a significant change in tune compared to the bulk of my recent trips, with a number of new experiences in store for me; my first time travelling abroad post-COVID, my first time at Europa Park, my first time in Germany full stop… I could go on, as there are so many firsts for me this trip! So join me over the next 5 days as I visit Europa Park, a major bucket list park I have legitimately wanted to visit for the past 7 or 8 years, for the very first time!

This was only our travel day, so I haven’t set foot into the park itself yet, but I’ve already gotten some glimpses of what Europa Park Resort has to offer. So let me start today from the very beginning.

Interestingly, today started out with the longest single leg of the trip there; a 3 hour drive from Gloucestershire to London Stansted. The drive actually felt quicker than expected given it was 3 hours, and my dad said it was very easy, so I guess that’s all you can ask for, really!

After that, we went into Stansted itself, where check-in & security were surprisingly quick; we were through it all very quickly compared to what I always remembered Manchester/Gatwick being like, which is always good! It felt very weird being back in an airport… the last time I flew abroad was to Florida in April 2019, so after the few years we’ve all had, it felt almost surreal being back travelling abroad again, with surprisingly few differences compared to pre-COVID! It was exciting, though; even though an airport in itself is perhaps not the most pleasurable of experiences, being in an airport preparing for a foreign holiday does give you a certain buzz that I can’t quite put my finger on, particularly when your destination is a park you’ve spent years dreaming of visiting!

After a wait of around an hour in Stansted’s departure lounge, we headed to our gate and boarded our plane to Baden-Baden: 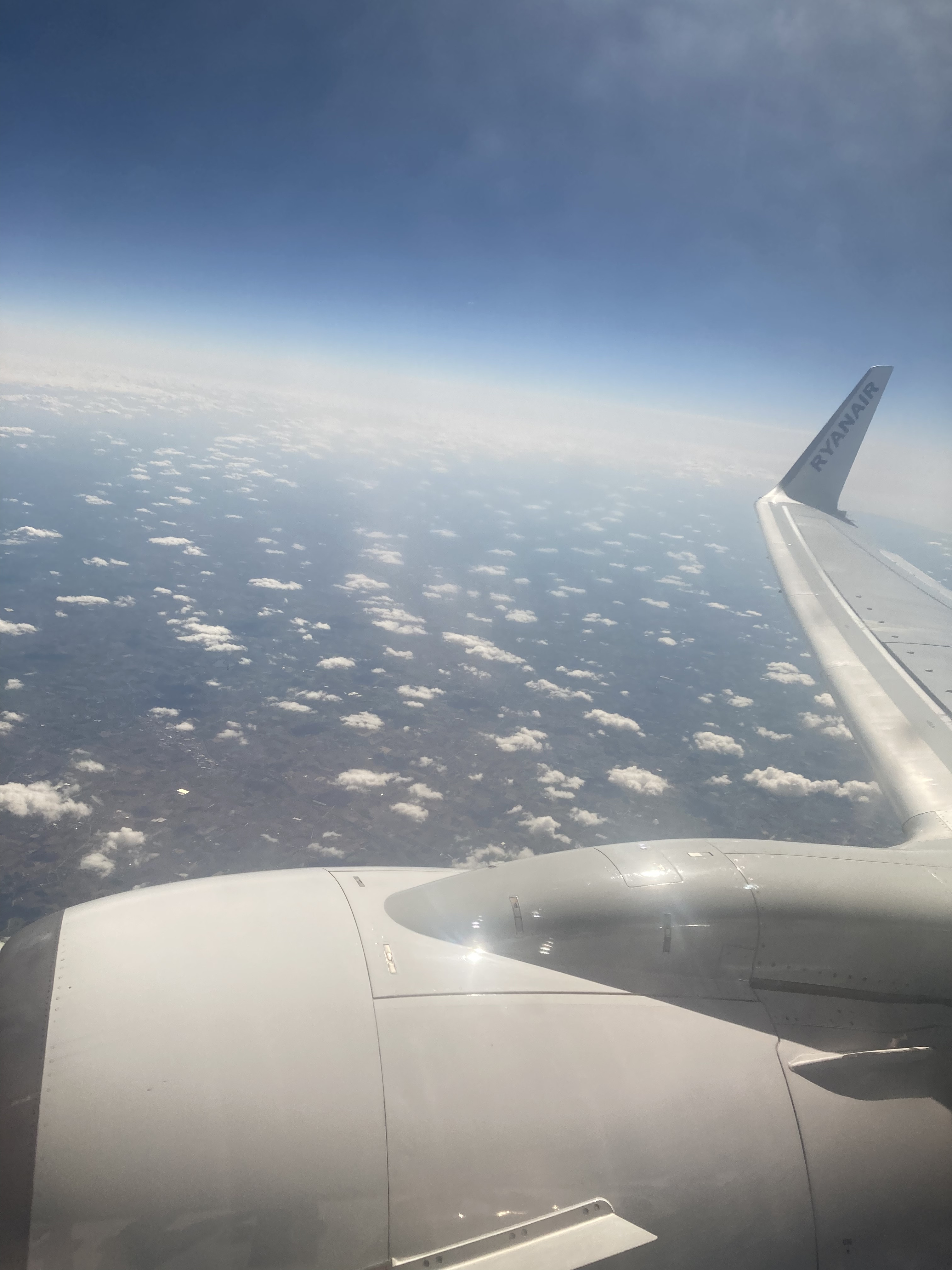 This flight was my first ever Ryanair flight, which I’m led to believe is somewhat of a rite of passage for any theme park enthusiast, and I’ve got to say, it was quite good! The seats were perfectly comfortable, the flight was short (only 1h 25m); what more can you really ask for?

After getting off our flight, we headed through immigration in Baden-Baden, which was fairly quick, and that’s when it hit home that Europa Park really was well within my reach:

Wow, seeing that was exciting! After that, we got our hire car and headed down to Europa Park itself from Baden-Baden airport, which my dad described as a surprisingly easy drive. It took around 45 minutes, and I must say, I was stunned by quite how convenient Europa is to reach from the motorway; when people described it as being in a town/village, I was expecting something like Alton Towers, where you wind your way through all kinds of country lanes and villages for miles on end once you leave the motorway, but it was literally a case of “exit the motorway… wow, there’s Europa!” in an almost America-style fashion! I was also surprised at how much Europa Park dominates Rust; I was anticipating it being a case of Europa Park being in the middle of a large town that engulfed it, but it’s almost more like Rust is an add-on to Europa Park, which I found very interesting!

Then, we headed onto the resort itself. I have to say, first impressions are very good; the hotels are stunningly themed, and they’re all very grand in scale! My first view of a Europa Park hotel was the lobby for El Andaluz, where we checked in, and I must say, it’s stunning:

We’re staying in a Standard Room Plus in Hotel Castillo Alcazar, and the room is very nicely themed, as well as surprisingly big. The park view is also fantastic, and gives Blackpool’s similar park view a run for its money for sure:

After getting settled into our room, we decided to take a stroll around the Europa resort and see what some of the other hotels had to offer.

We firstly stopped at Hotel Colosseo, where we loitered around the piazza for a bit:

And then we went up to the top of the Colosseum replica, where I got some views of the piazza from above:

As well as Rulantica: 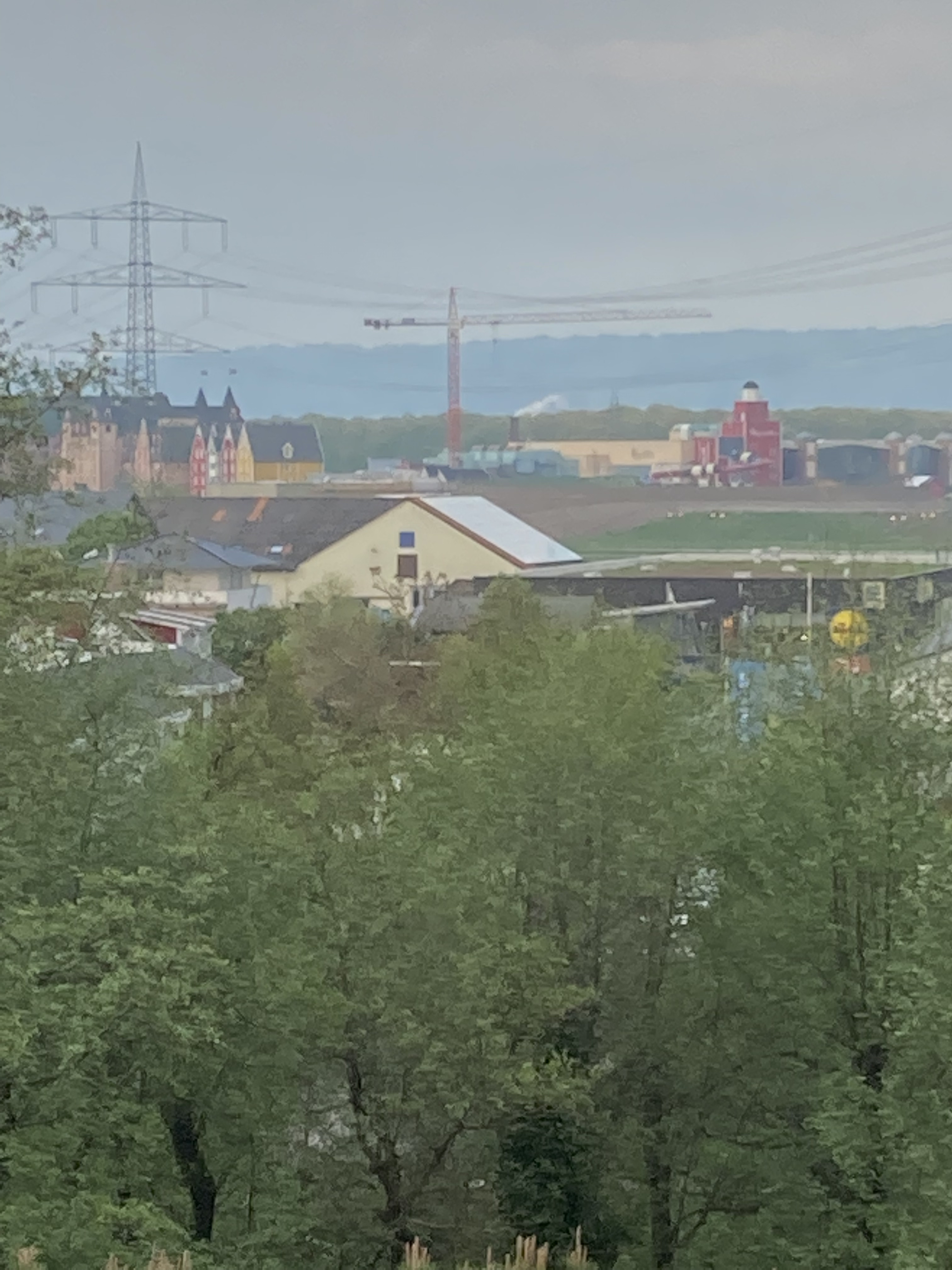 And also some of the surrounding Black Forest area; EP is surprisingly rural and in a surprisingly nice forest setting for such a huge resort:

After that, we strolled past Hotel Bell Rock: 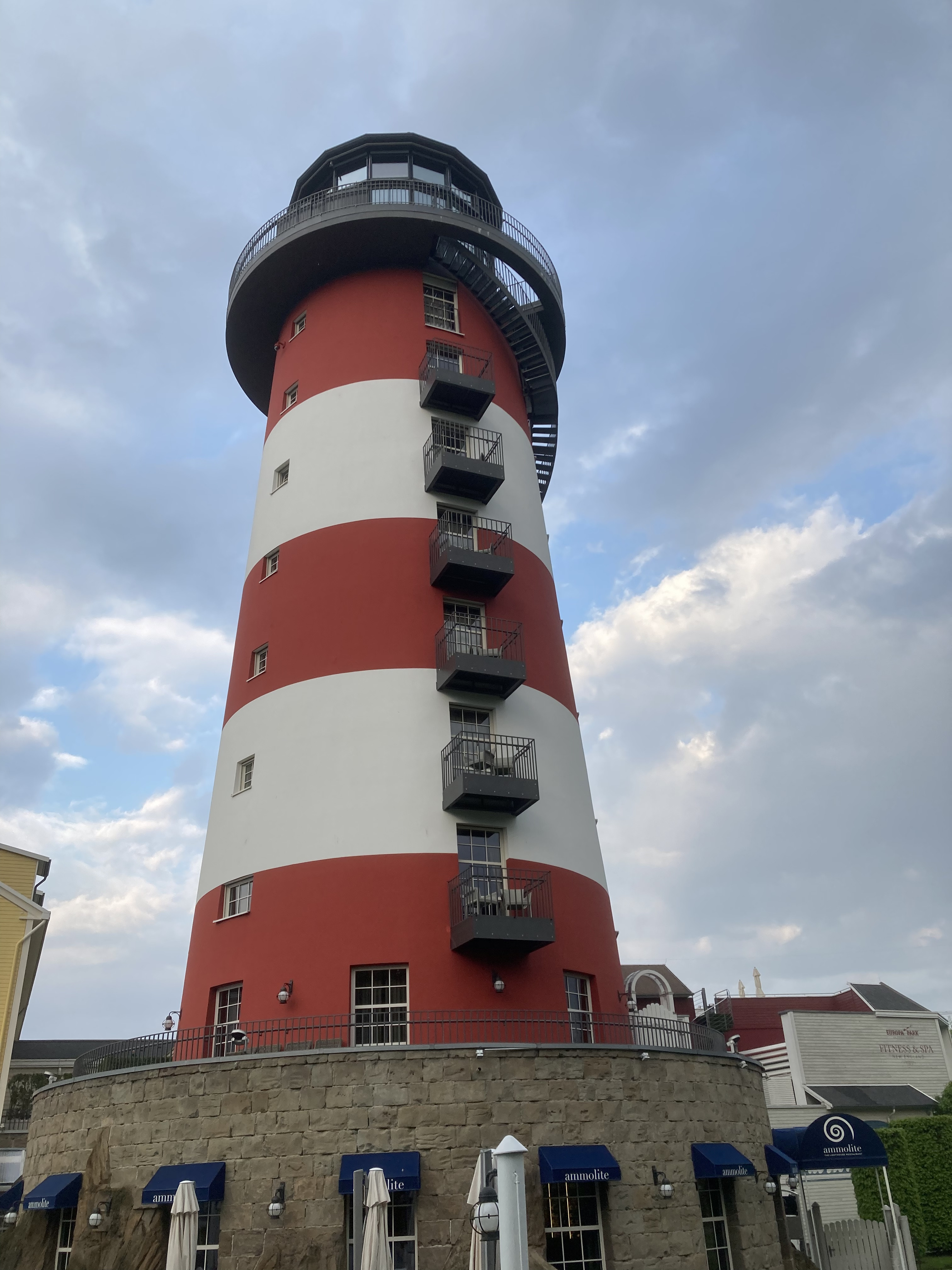 And finally, we ended up walking past Colosseo again and going back to El Andaluz:

After our little stroll around, we headed into the Castillo Restaurant in Hotel Castillo Alcazar for an evening meal, which it must be said was very nice; the restaurant is also very nicely themed. I didn’t take any photos of the restaurant, but my mum did catch a photo of the very nice corridor leading up to it, which is very well themed indeed, and certainly sets the tone for the restaurant:

Finally, I caught a few photos of the stunning night time view from out of our window; Europa really does look stunning at night: 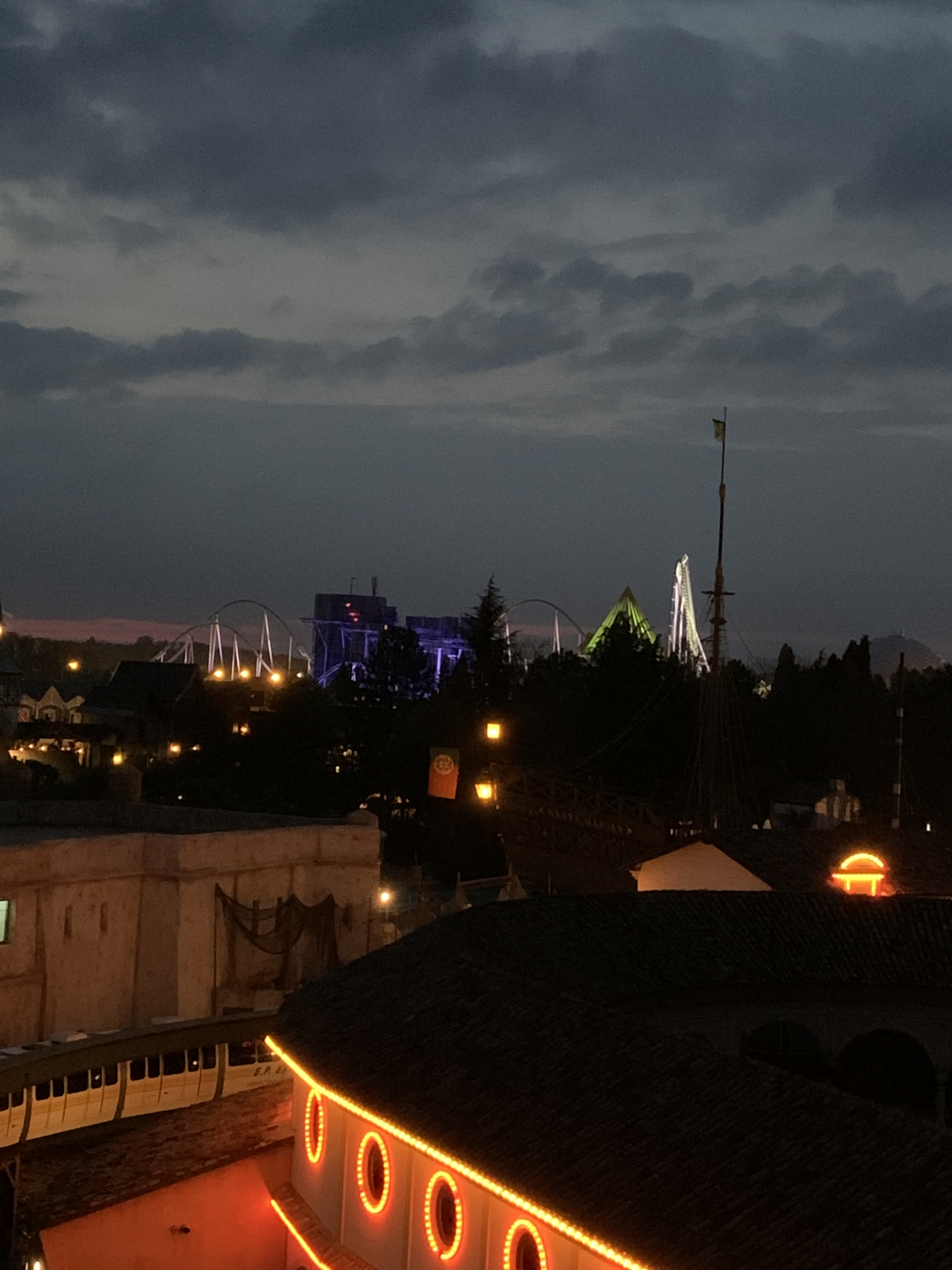 So, that was the first day of our trip! Apologies that this was a bit of a boring report today; I hope the next few days’ worth of reports are a bit more interesting, seeing as we’re going to be in the park itself on tomorrow, Thursday and Friday. I’m incredibly excited; I can’t wait to see what Europa has to offer after years of wanting to go! What I’ve seen of the resort so far certainly bodes well for what I’ll think of the park, as it’s all very nice!

Tomorrow, we’ll be stepping into the park for the first time… I can’t wait!