By JoshC.,
October 23, 2017 in Chessington World of Adventures

FFS Merlin. Please give up, just go, leave our parks, sell them, close them frankly if this is what constitutes for improvements in you book.   That didn't just happen, obviously. Money has

The last post in this thread before today was August. I think we have better things to do on January 1st than change the thread titles for new attractions.   But, yes, you're right. It shoul 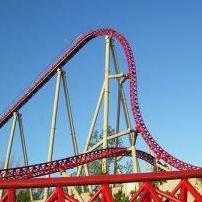