By JoshC.,
October 8, 2019 in Chessington World of Adventures

Actually StevenVig I have a friend with a brother who is 28 and has autism and going on children's rides that he can fit in calms him and he finds it enjoyable. So there are people who go on children' 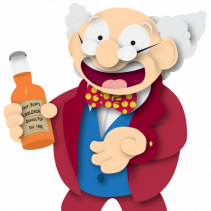 Why an Indian tourist? How is this relevant?

Think your name ideas are awful. Nothing wrong with what they’re called now.