2022, we’ve seen many hellos and goodbyes this year especially the latter. 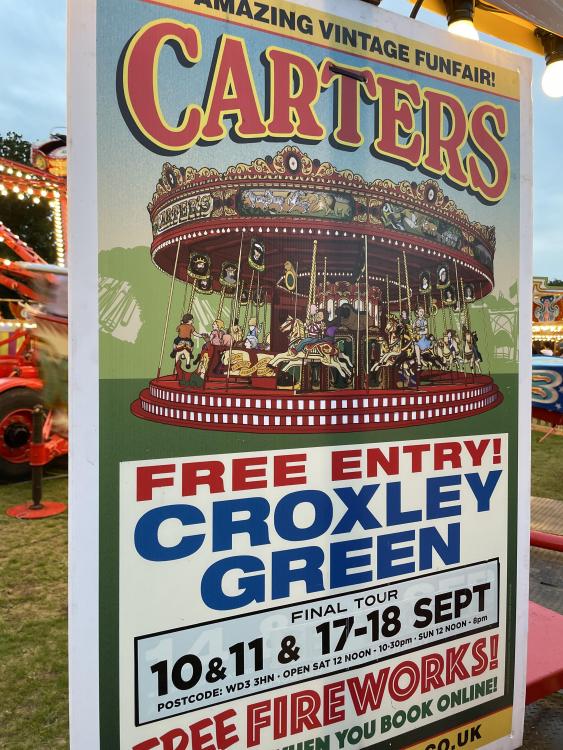 Carters Steam Fair, as we know it is another which will end in 2022. Although it won’t disappear completely, the current owners (The Carter family) intend to sell the collection to a permanent site. Making this year their final tour. 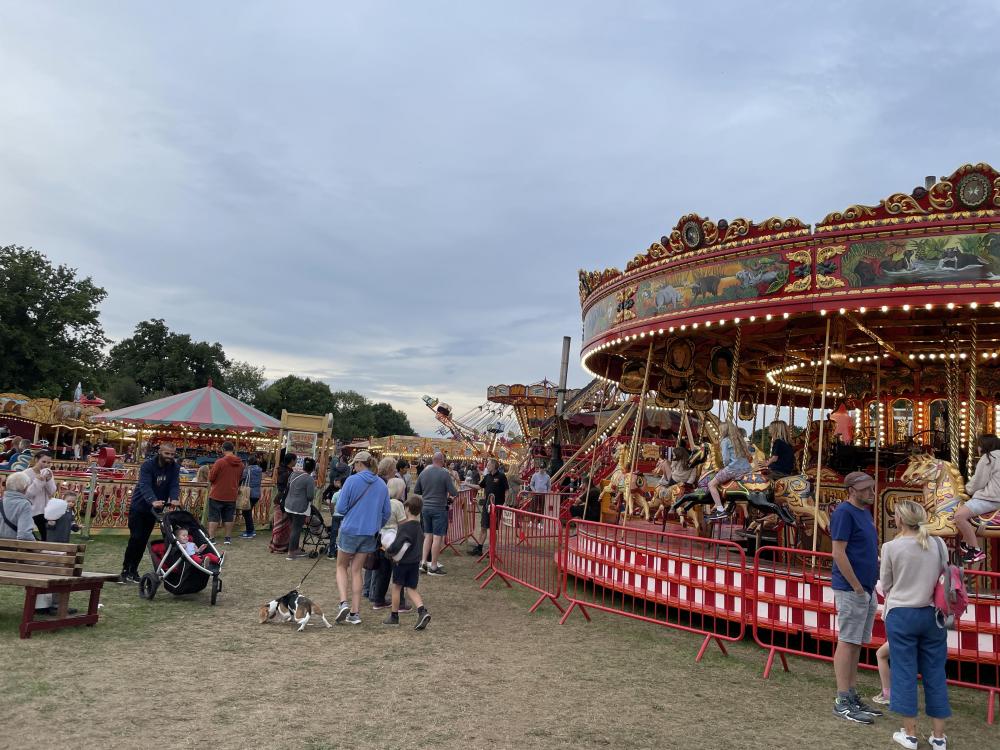 I was thankful to get a chance to visit them in Croxley Green (near Watford), where they have stopped for a number of years.

The last time I visited may be as far back as 2012. Where life and numerous commissions or setbacks likely prevented future visits, so a return was massively overdue. 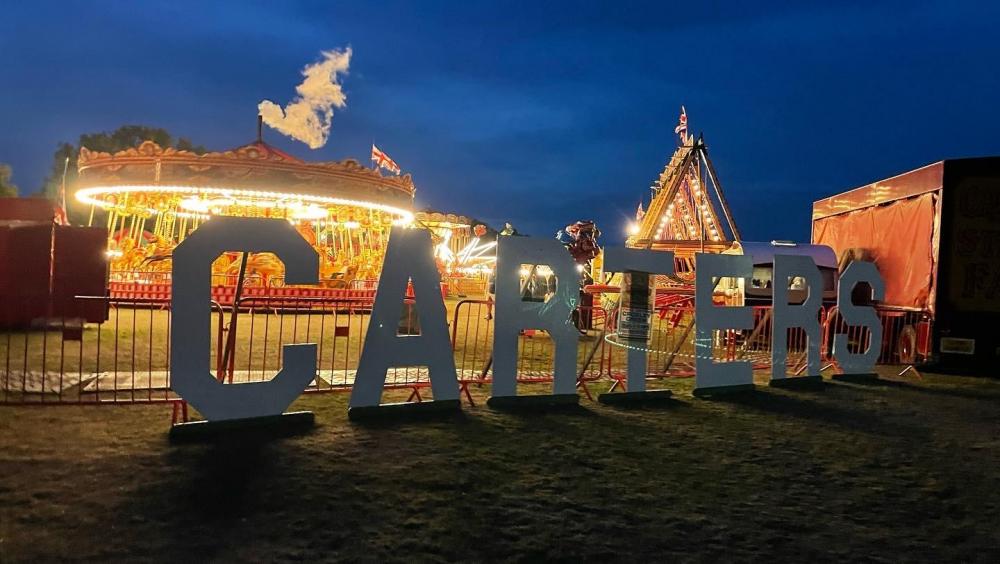 In that time, there have been some changes. The ride selection has been refined somewhat, no dive bomber? They have also reverted to a token system over real cash, which has its ups and downs. 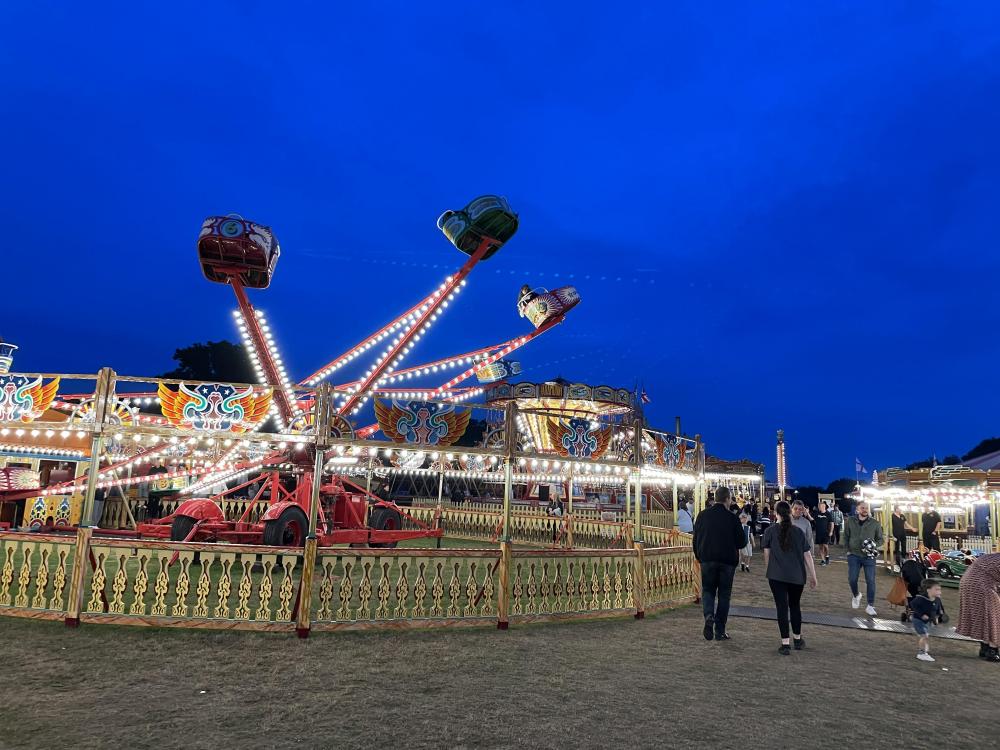 Thankfully, the warm friendly atmosphere and interaction from the staff remains very much the same. Something you probably won’t get at your usual fun fair. 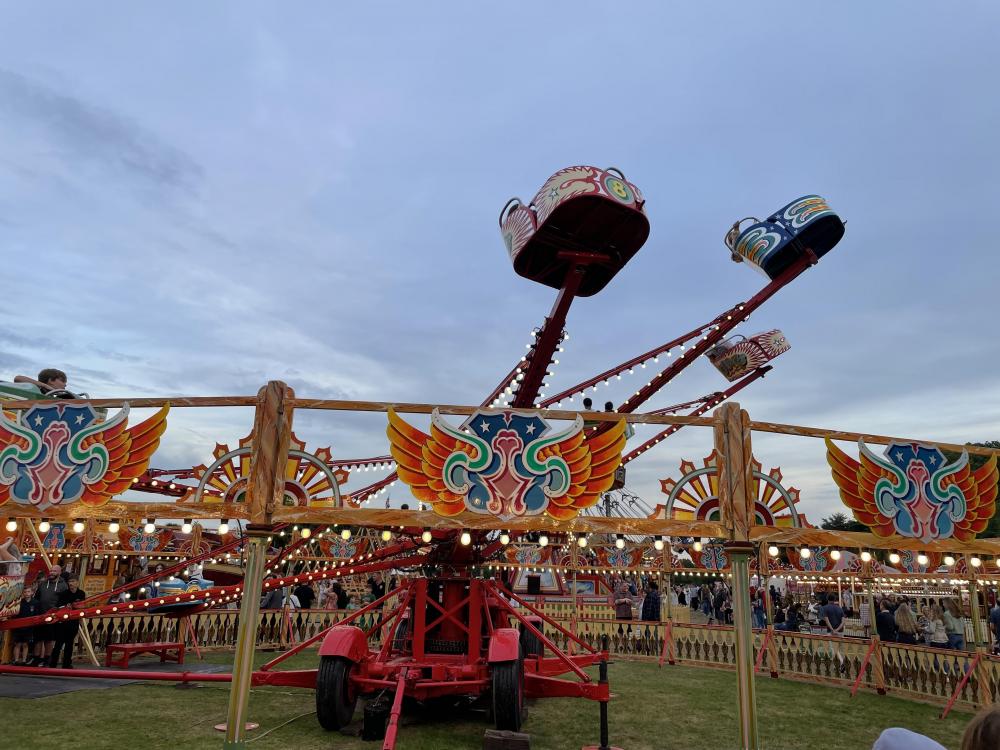 A number of rides are available (albeit maybe not the biggest white knuckle ones). The Octopus offers quite the swirling sensation and is enjoyable both on and off-ride. 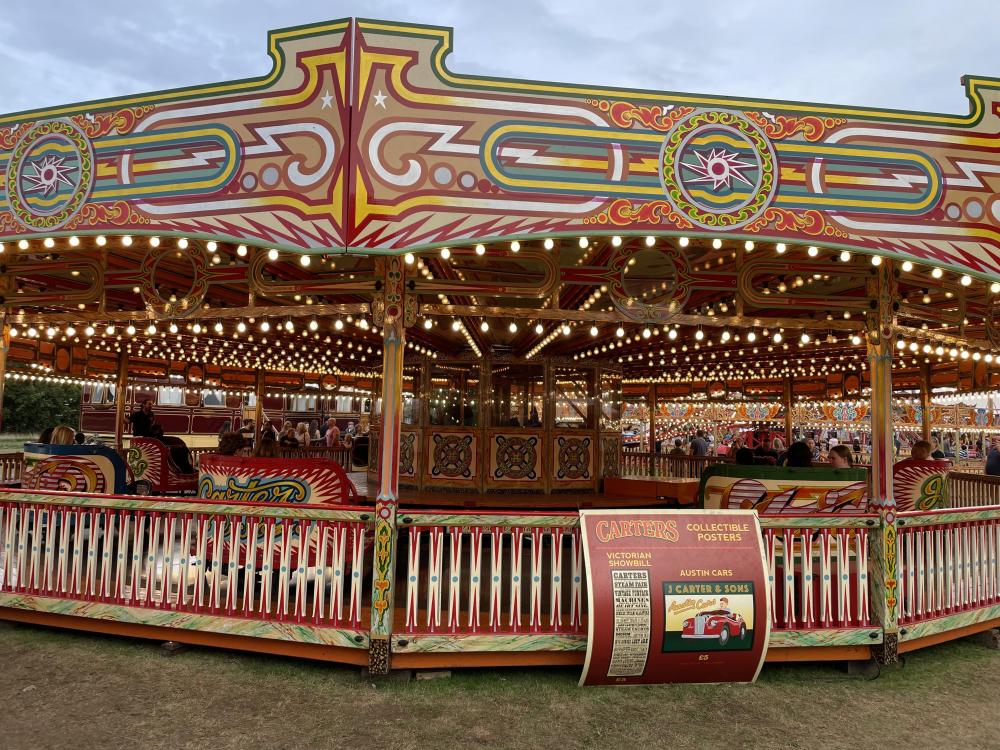 The Skid offers a thrilling sensation, especially if you time it correctly with the car pedals. It’s a mixture between a whip and a Walter mostly. 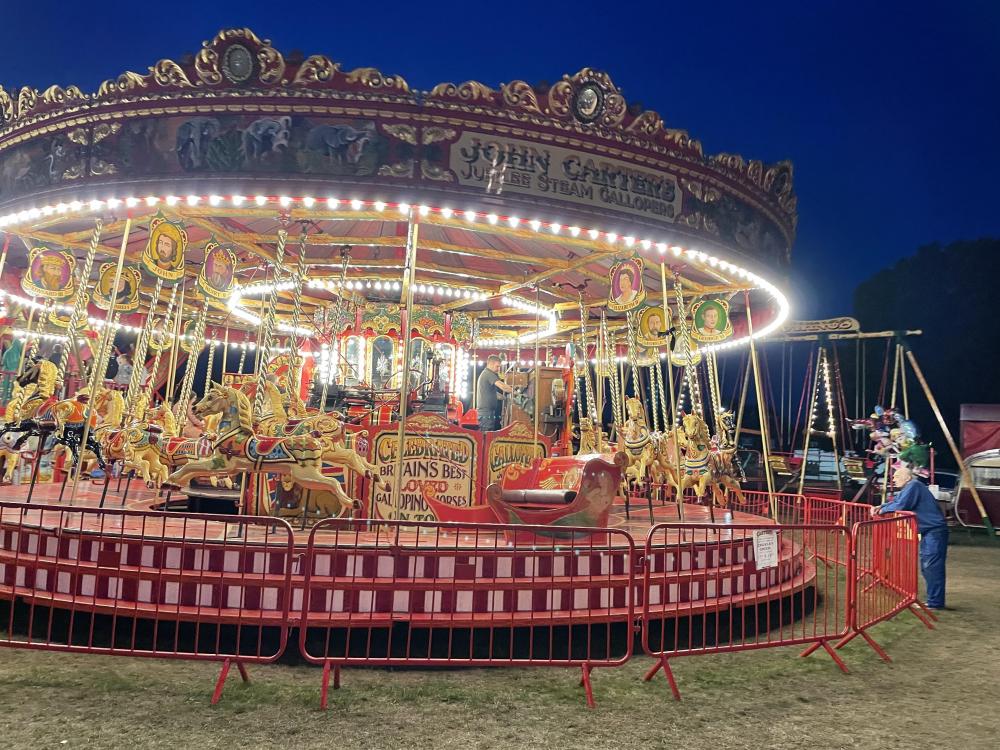 They have a charming carousel 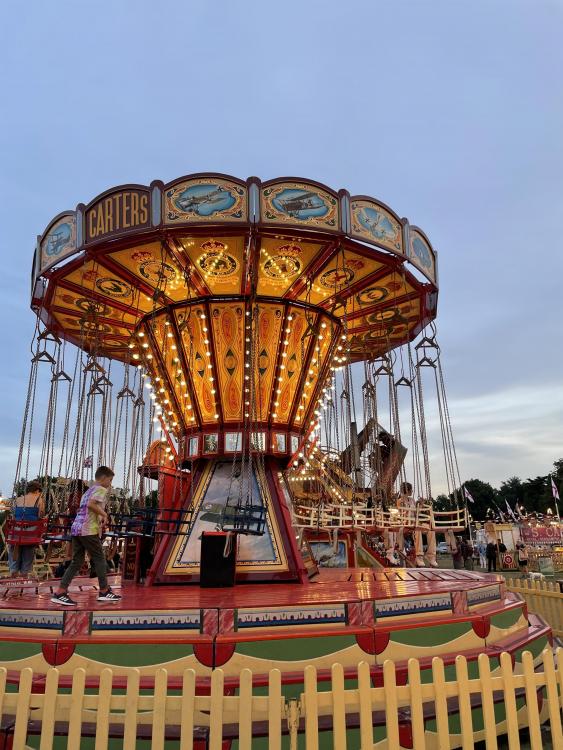 A surprisingly thrilling Chair-O-plane, packs at a lunch. 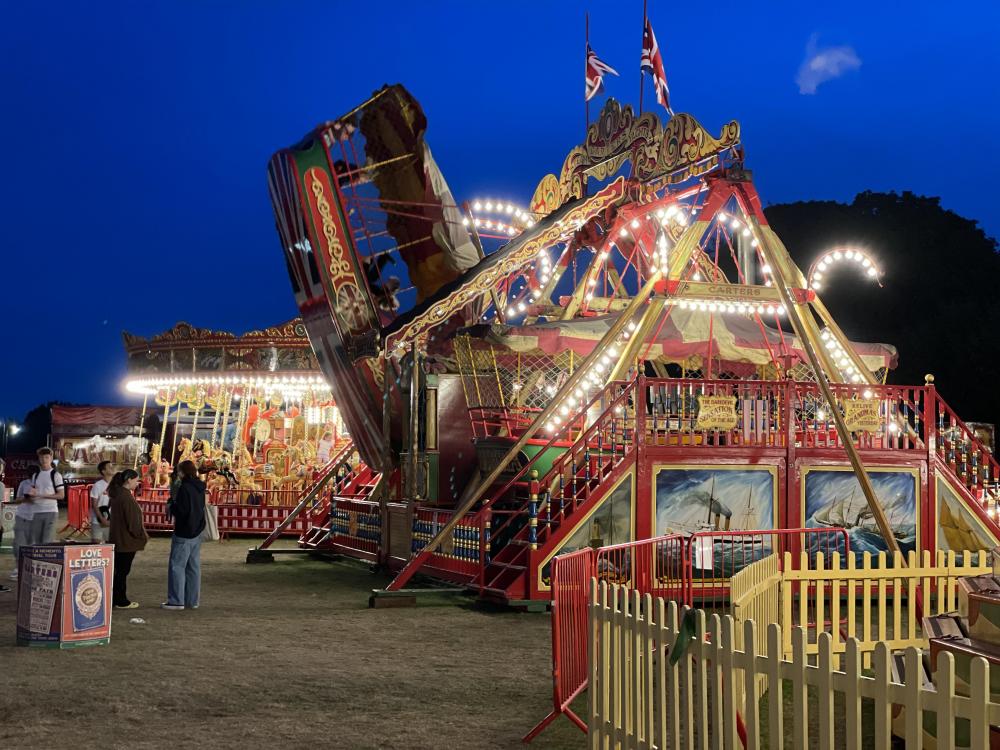 There is also a classic set of dodgems, filled with the retro charm and character you will find throughout the fair. 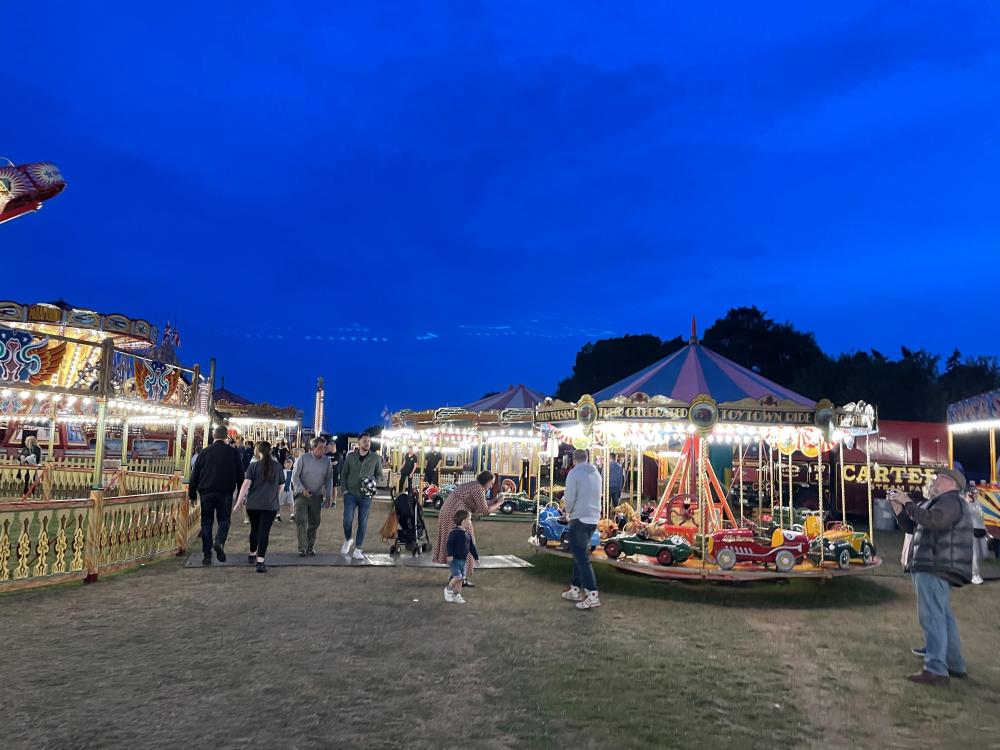 Other attractions include swing boats, jets, a classic arcade and numerous children's rides. They have something for most.

Tokens are £3 a piece, which gives you access to one ride, which are all the same price. I recommend buying in advance online, as you can get free rides included depending on how many tokens you buy.

This concludes my tour of Carters. They are in Croxley for an extra weekend and will then tour numerous places until their final stop in Reading around mid October. You can find their dates here/. Insert.

Visit if you can, before they gallop away into the sunset!