2020, it’s been one crazy roller coaster ride and sadly one that hasn’t been particularly enjoyable. It has been rougher than a ride on Saw or Gouderix.

With a massive pandemic halting life as we know it, everything has been challenging in general, let alone theme parks. Skip ahead to now and with parks cautiously reopening I would finally get to visit a one again, this time a new one. 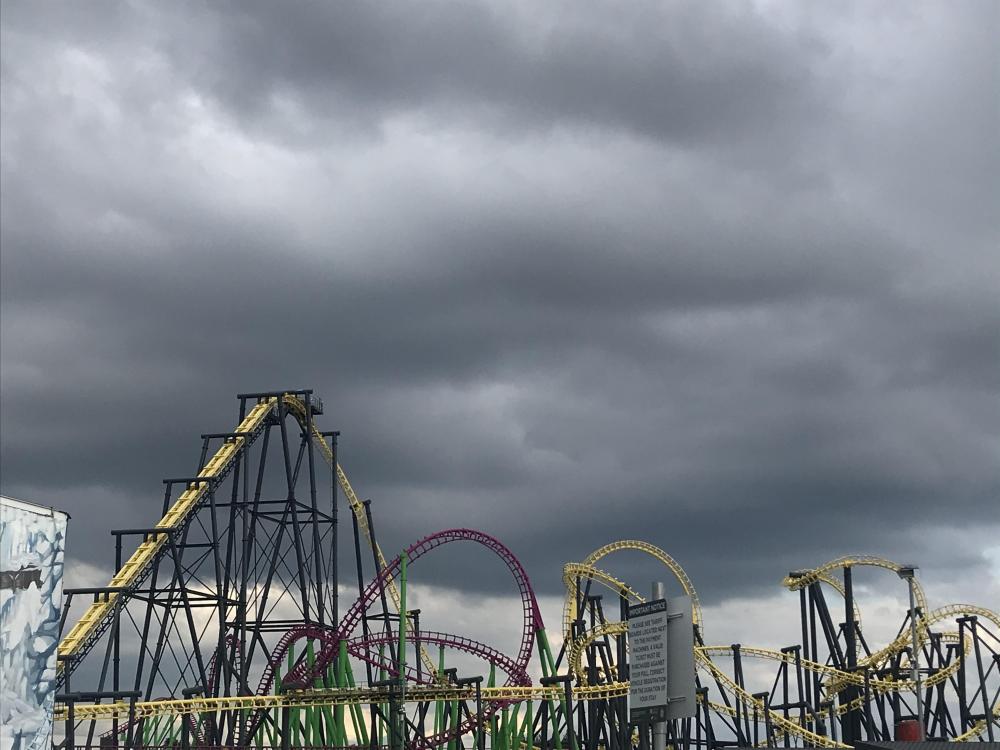 Fantasy Island in Ingoldmells near Skegness is an amusement located adjacent to a large open air market. Now in the hands of the Mellor’s group, this would be an ideal opportunity to nail the final key U.K. park on my bucket list. 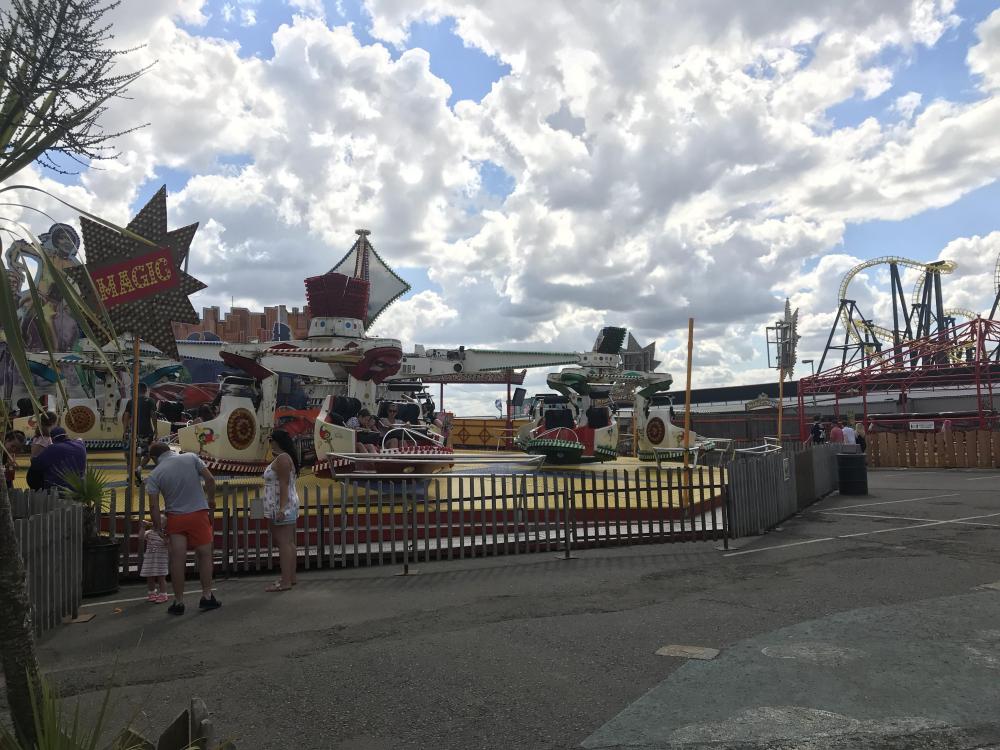 On the surface, it might just look like your typical sea side fun fair or something (which it somewhat is). 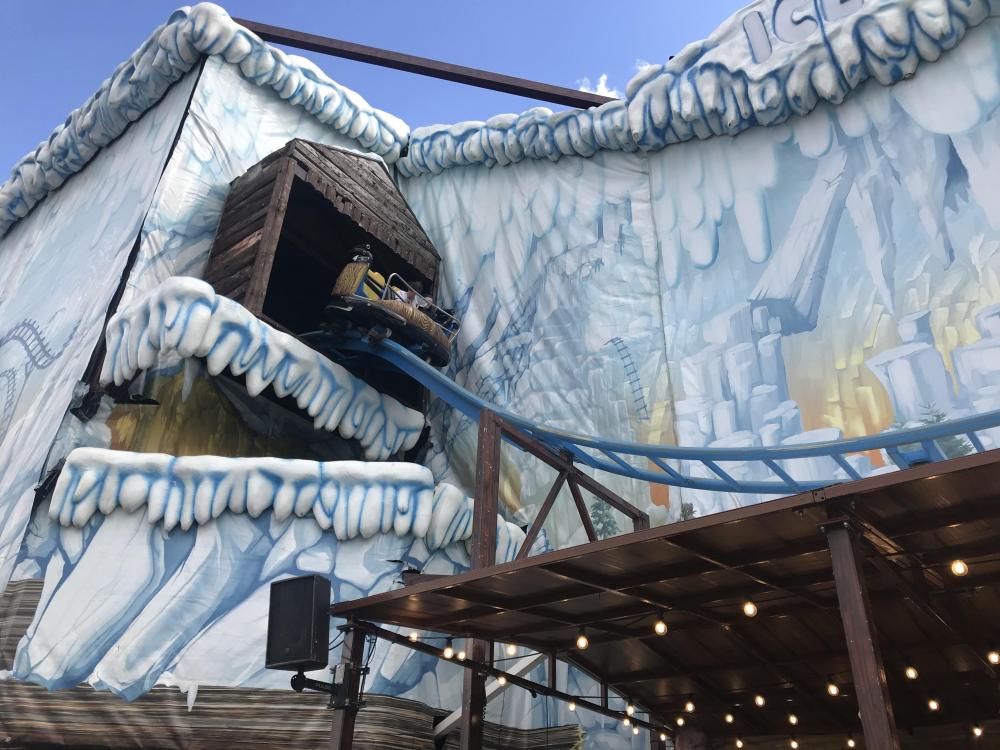 And you might even mistake it for Winter Wonderland if you look at from certain angles. 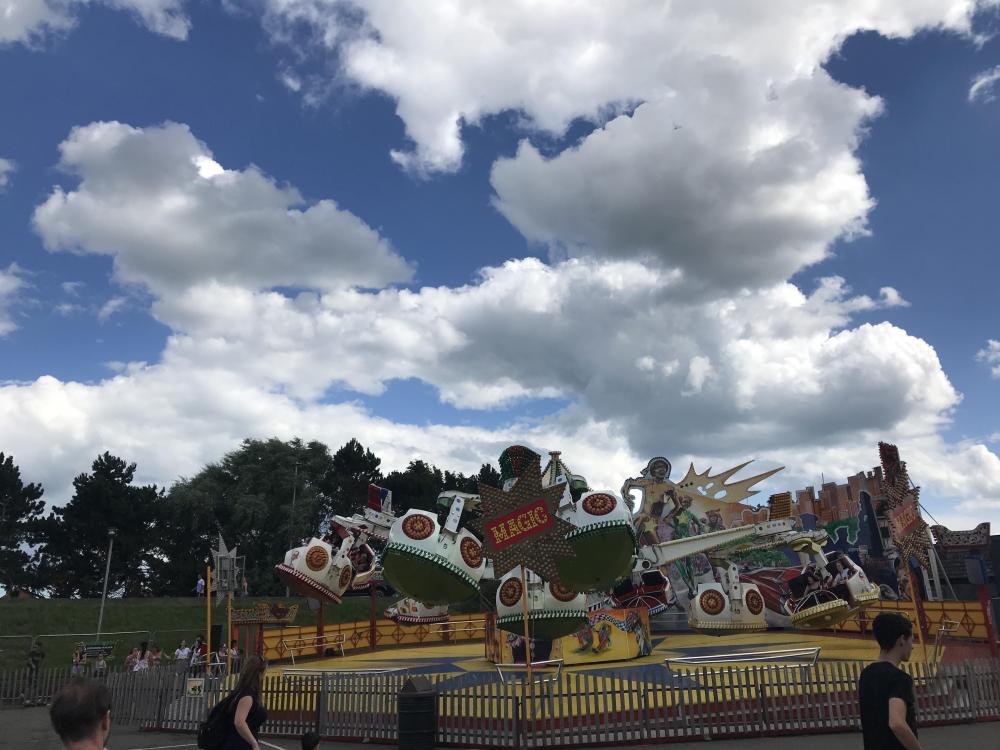 But it’s a good one at that featuring a decent selection of attractions. Like this flat ride which was actually a lot of fun. 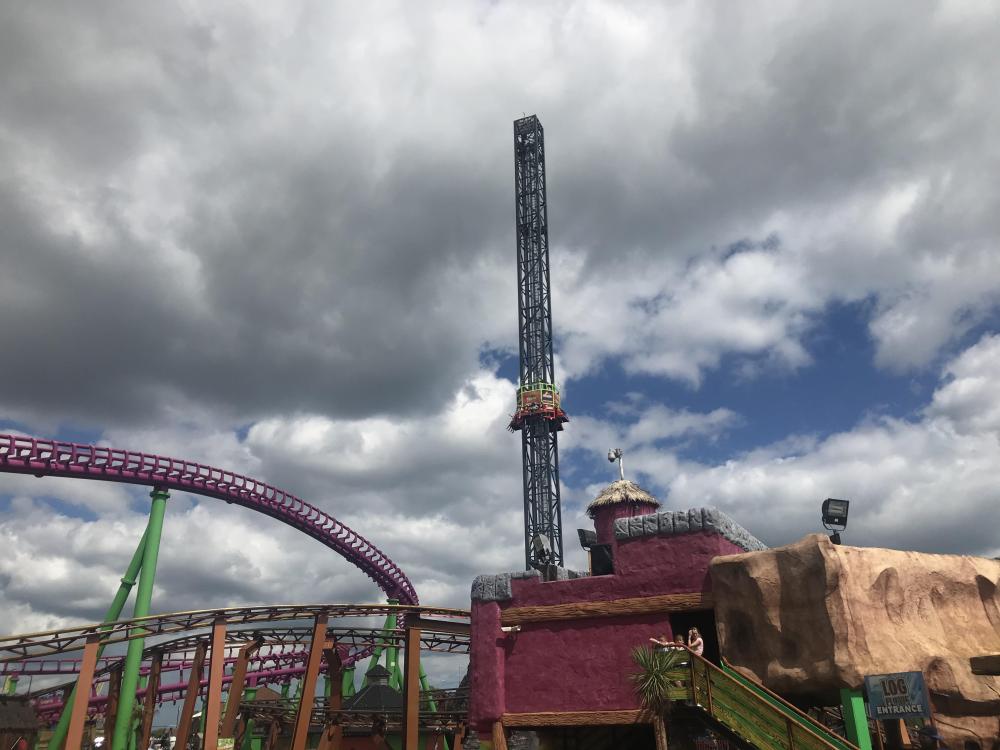 The drop tower is alright except for the silly short seatbelts! 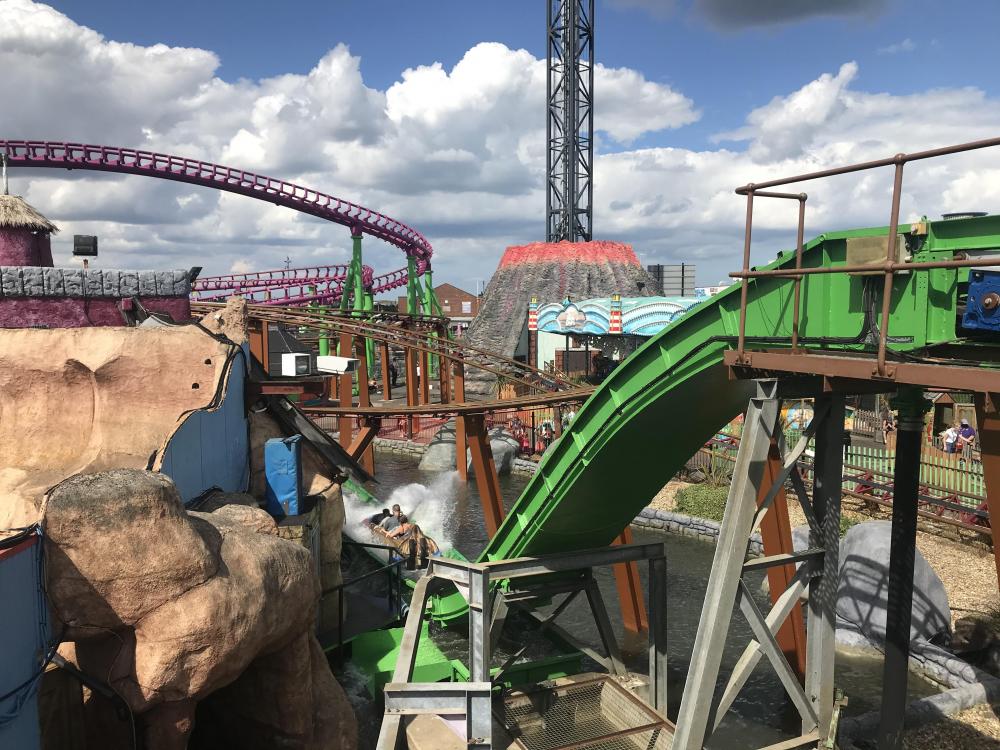 They have an alright log flume, which is actually fun. 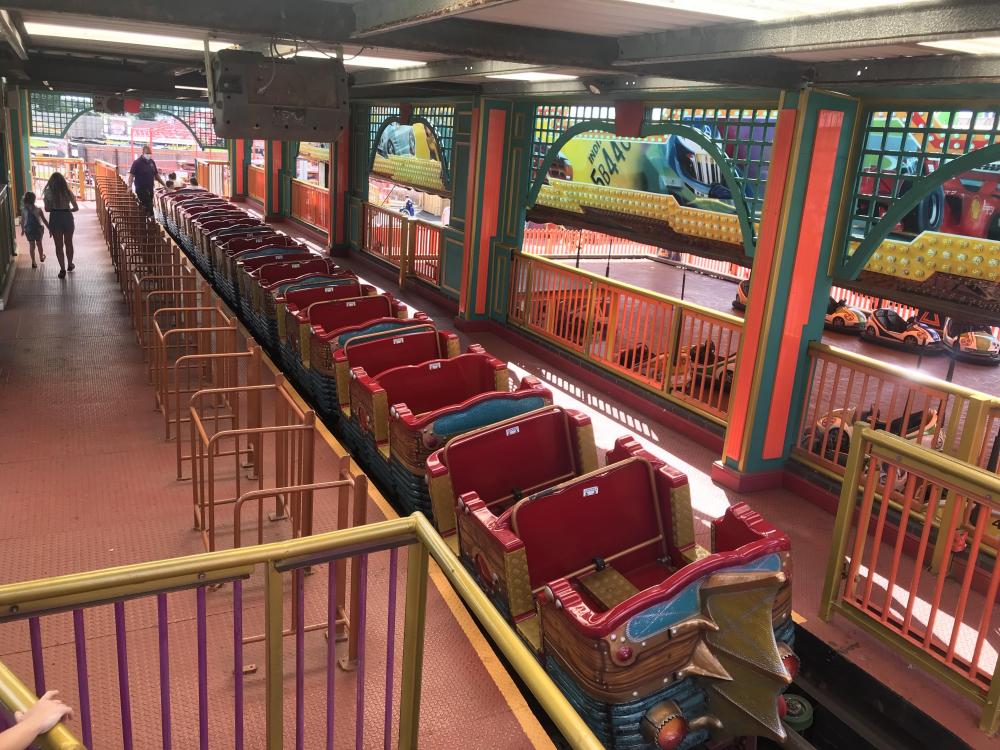 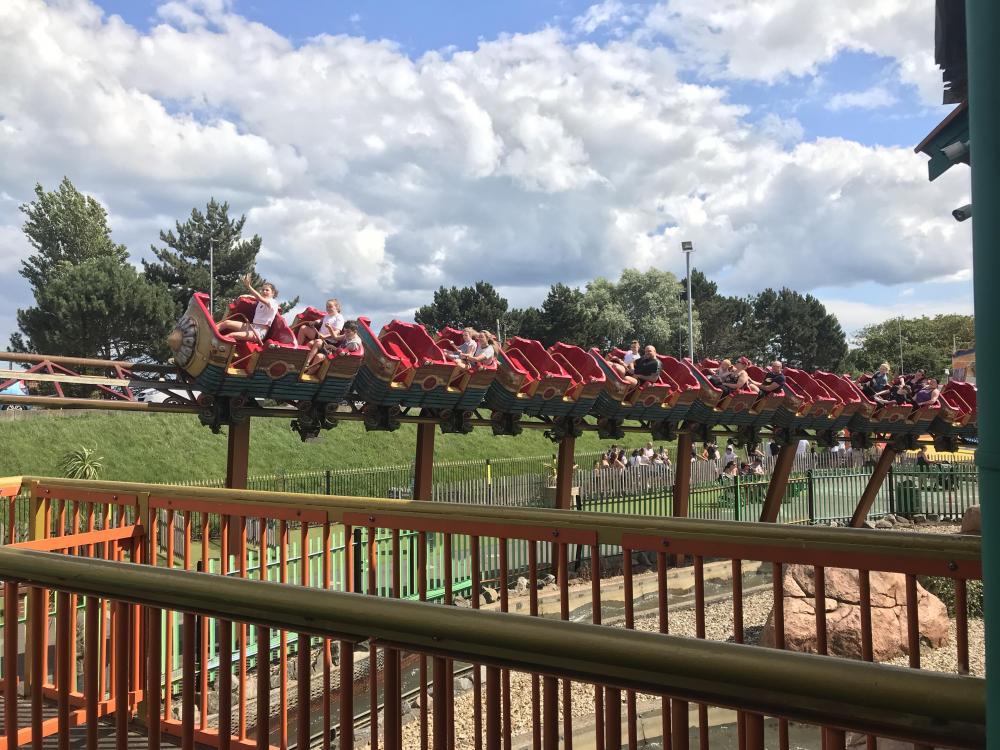 Rhombus Rocket is one of five park coasters. It might look your standard powered coaster off ride, but this thing really packs a punch and gives off airtime that I didn’t think was possible on such a ride. Easily my favourite U.K. ride type, which isn’t actually a Mack but made by WGH transportation. 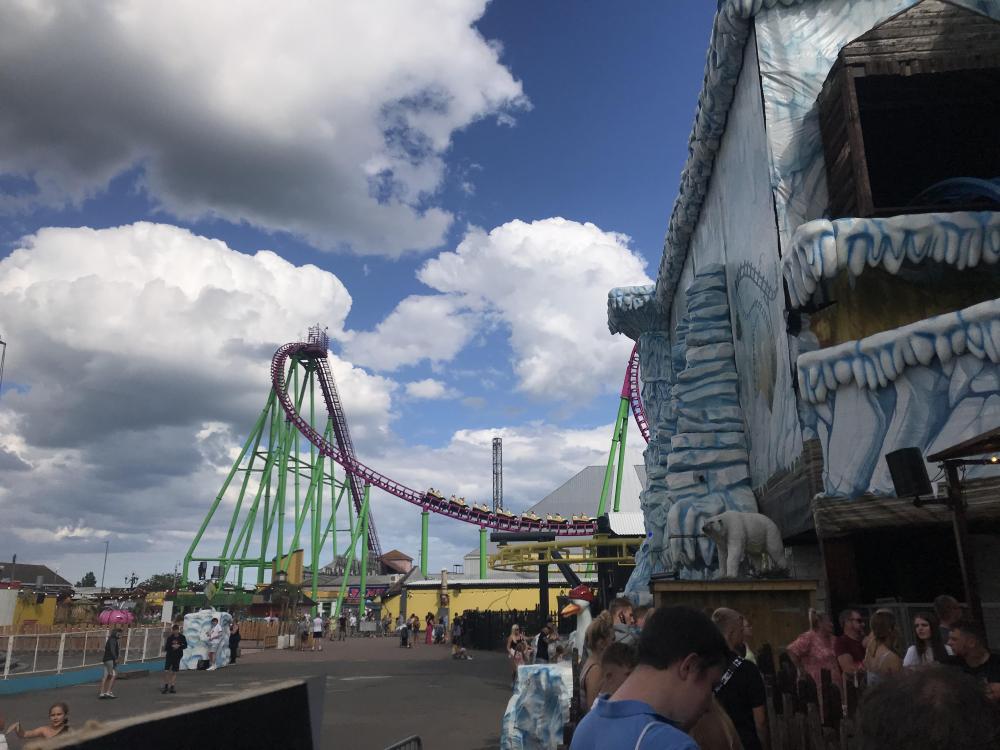 One of the main attractions is the Millenium. At 20 years it’s still silky smooth and looking fresh after a funky paint job a few years ago. Probability my favourite there although the ride station’s placement on the street is both hilarious and unique. Until a few years ago the entrance was too. 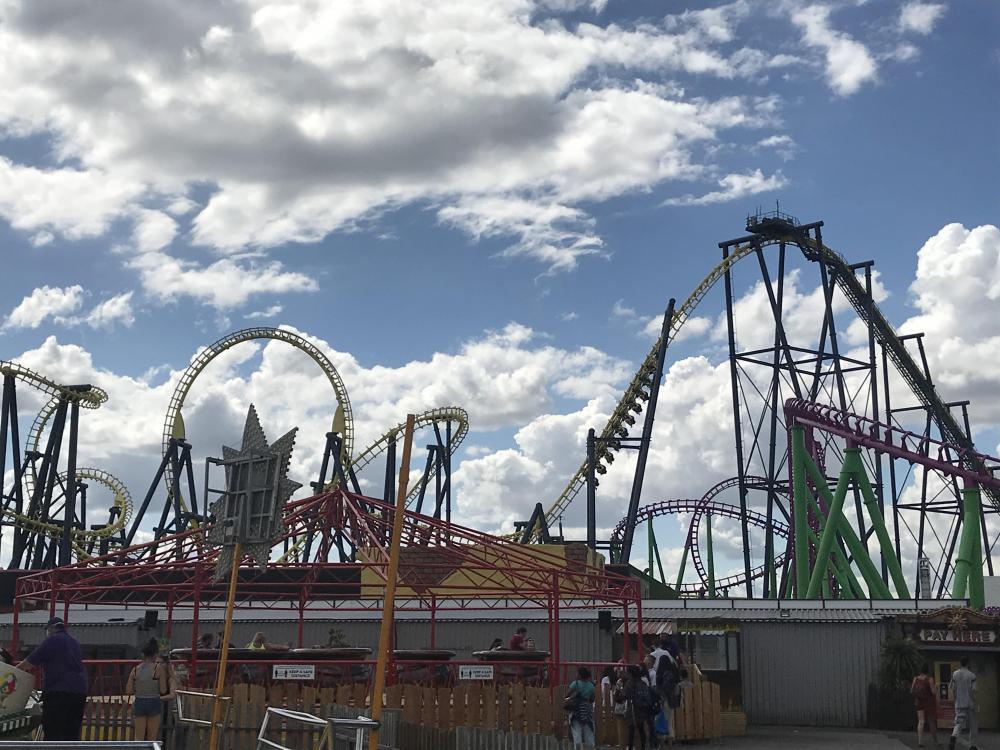 The other headliner is Odyssey, a large Vekoma SLC, erm. At 167ft it is the tallest SLC ever made and third tallest U.K. coaster. 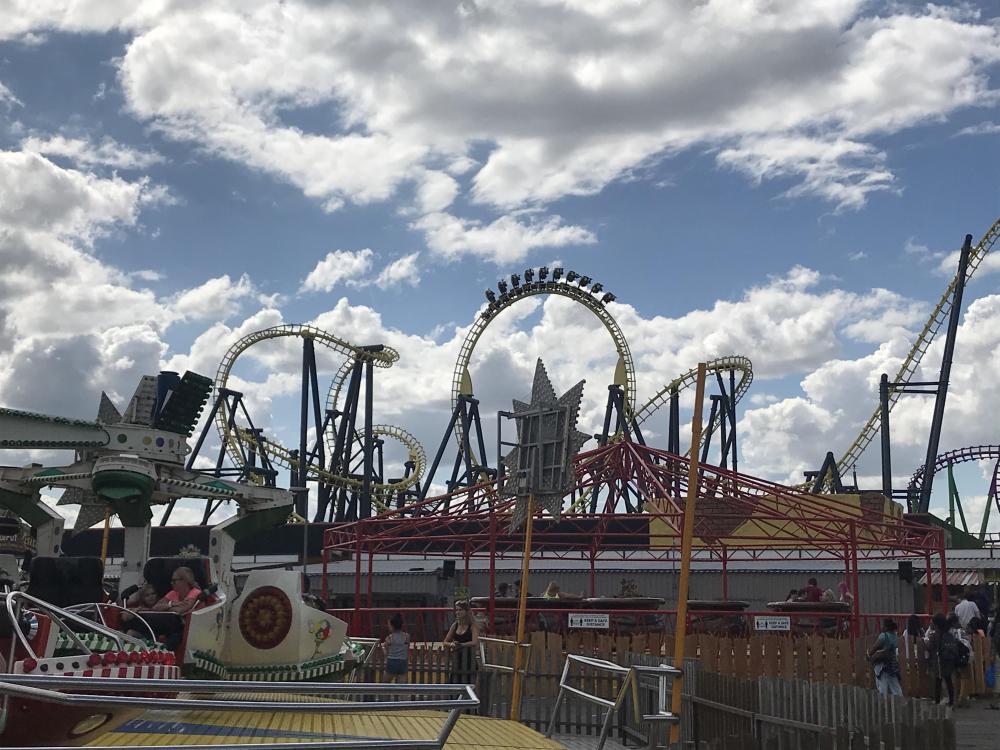 SLCs have a reputation in the industry of mostly being rough and uncomfortable coasters. This ride is not exception as your head and ears are constantly bashed around as the ride completes it’s circuit. Despite the roughness there was something I liked about this coaster although it may be last of the three ride types I’ve done. If they modified or replaced the train to decrease roughness I think it would be a great attraction. Think I’m dreading Condor if I get to do that.
A pyramid building resides in the park’s centre. This houses several amenities from bars, restaurants, arcades and several attractions. The charming interior design reminds me of Coral island and the ‘original’ Dome albeit on a greater scale. 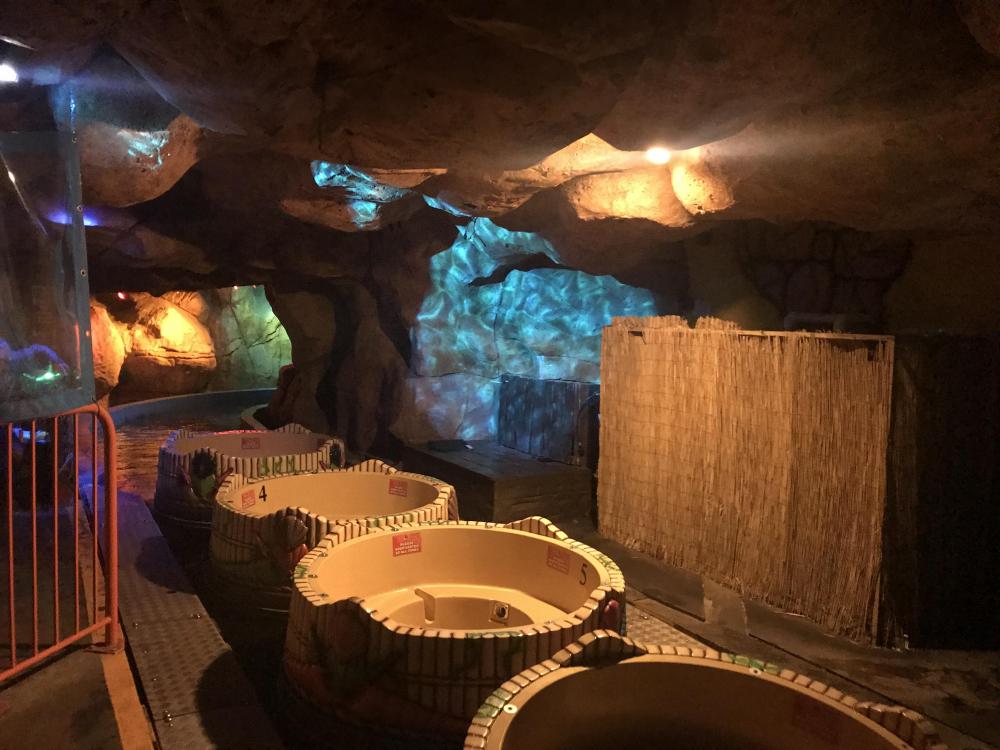 There are two dark rides in here, one of them is the Magical Seaquarium. Opening in 1995,  it’s certainly a charming attraction with an upbeat soundtrack which synchronises better than some. Sadly a number of effects were broken which given current circumstances probably isn’t a high priority for the park. Although rumours suggest a refurbishment is planned. 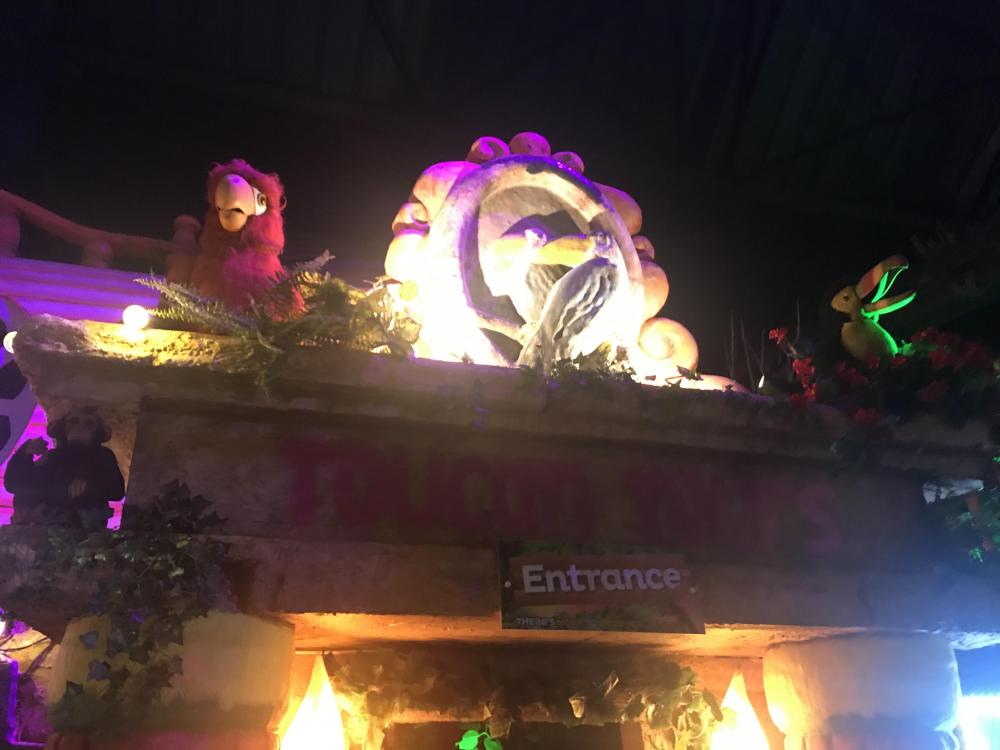 Toucan Tours is the other dark ride, where you enter an enclosed section with numerous scenes after meandering the pyramid area. It’s quite random but enjoyable nonetheless. 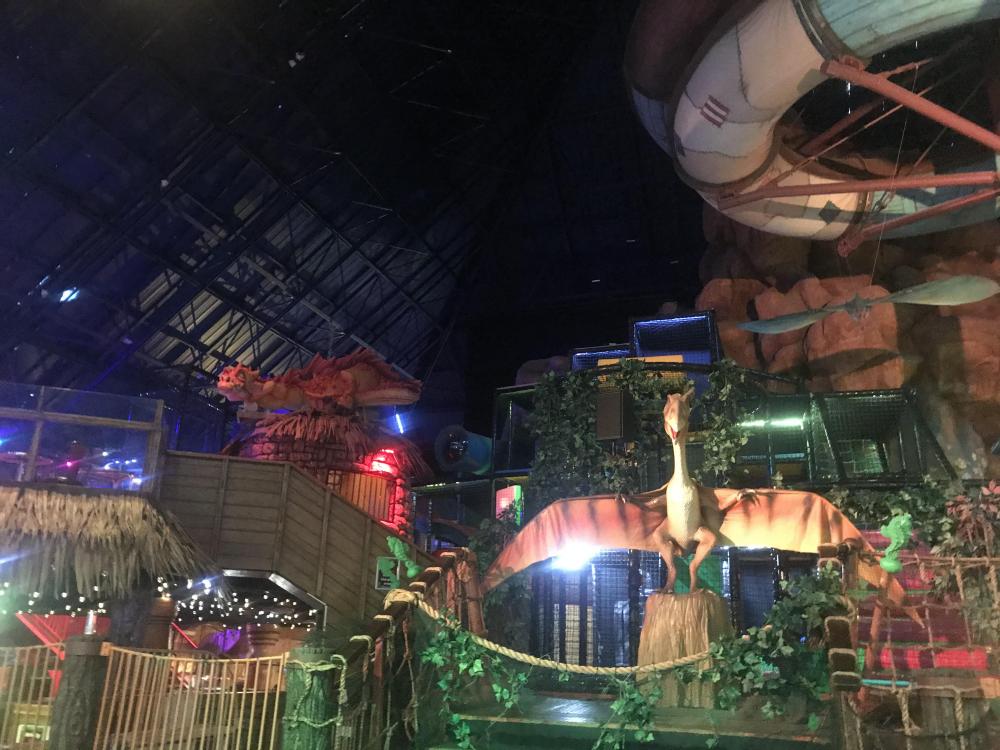 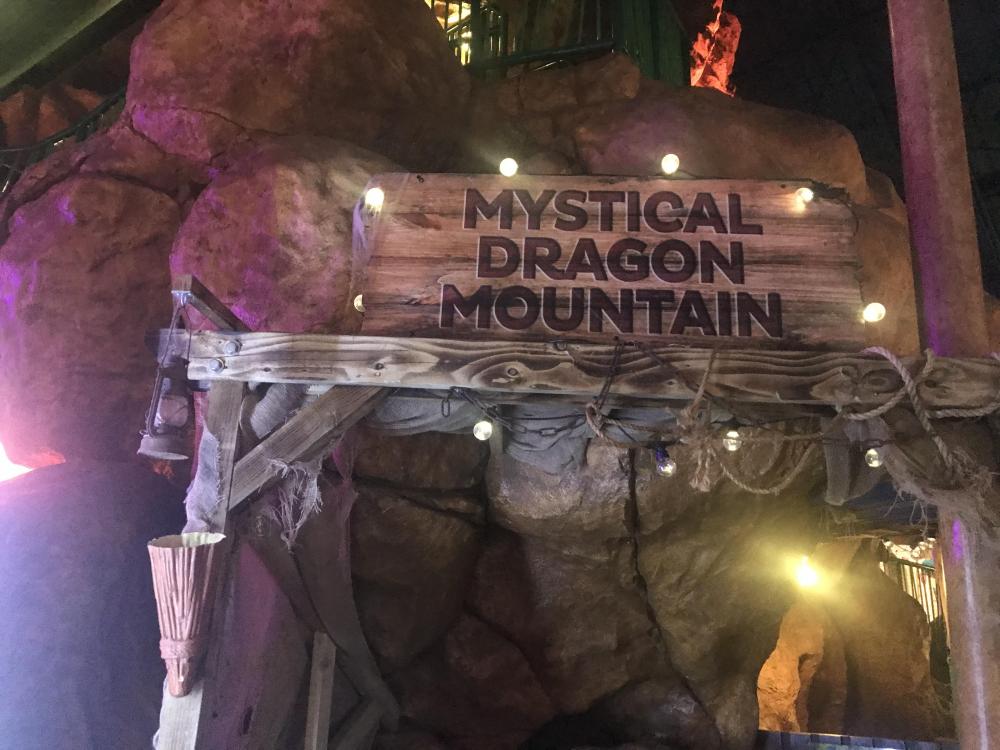 Some of the pyramid’s other inhabitants include a few kids rides such a tracked pony ride, a water slide (which was sadly closed when visiting and a Jurassic themed mini golf. The second half was themed noticeably better than the first, however space limitations are likely the result of this. It’s still amazing how much has actually been squeezed into the building since the refurbishment 2/3 years ago. 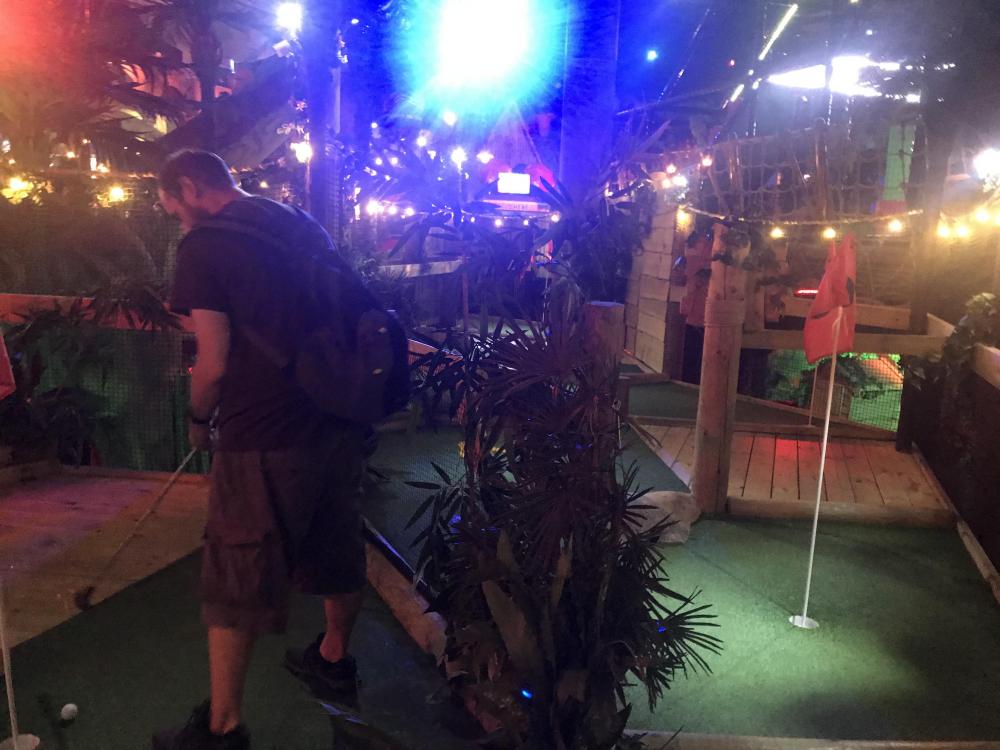 Overall Fantasy Island is a fun and pleasantly enjoyable park, even in the amidst of a pandemic. Usually you’d be free to roam and enter the place from many angles, but for now it is a strict entry system. Operations at the park are alright and everything else including food is to an adequate level too. Although a fight apparently did break out whilst queuing for the Flume. 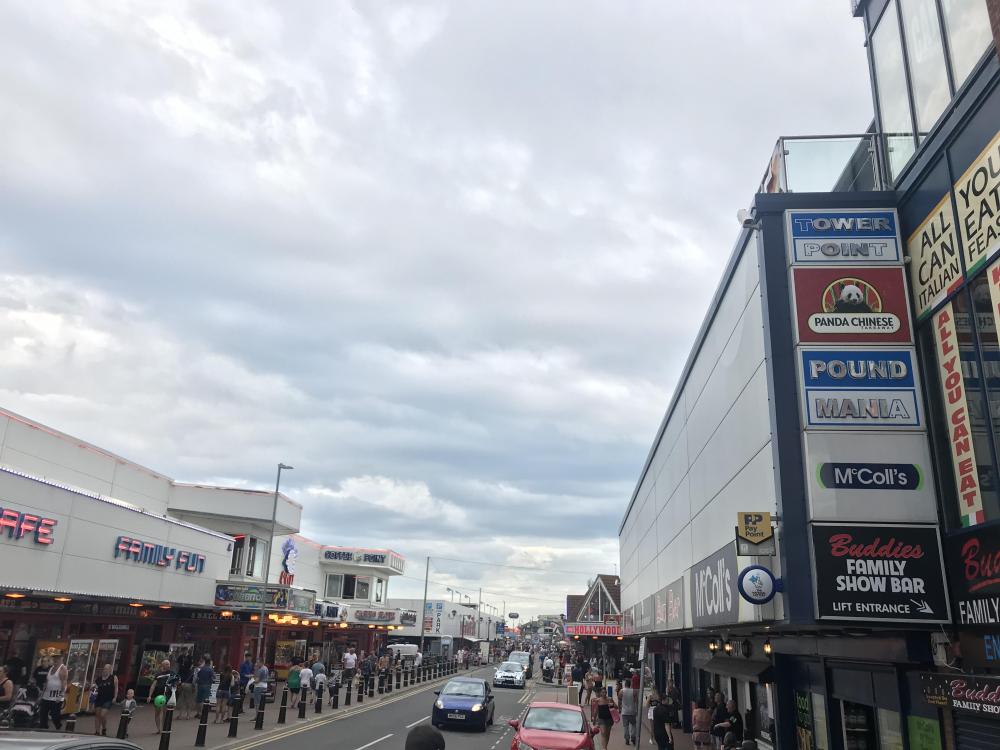 We took a walk down the road where numerous bars, restaurants and amusements were and was pleasantly surprised to see how buzzing and upbeat the place was. Haven’t seen this in years and gave a rich holiday feel. However social distancing was rarely properly seen.
Would recommend, but just be careful.
Share
Followers 0