My lack of having visited Europa had been hanging over me for far too long, so it was decided Germany had to happen. Not wanting to go all that way without seeing any of the country or other nearby parks, a plan was made to add Holiday Park, Tripsdrill and a mountain coaster to the week long trip. A plan which was made largely guided by trip reports and advice from the lovely members here and on TowersStreet, so thank you all, and I’ll try and include some bits which might help other thinking of doing similar.

With Stanstead to Baden-Baden flights booked at the stupidly cheap Ryanair price of £32 return, a car hired for the very reasonable £150 from Europcar, and accommodation booked for each night, myself and the Mrs headed off on our little adventure to southern Germany…

Firstly, I was really impressed with Ryanair. We'd never used them before, just out of circumstance not snobbery, but I probably preferred it over Easyjet for general ease of travelling with them. Shame about the nauseating iluminous yellow headrests inescapably glowing in your eyes. Europcar were also very good; the internet is full of people claiming to have been ripped off by them (and practically every car hire company it seems) with hidden charges and claims of phantom damage being charged, but all went smoothly for me with the invoice following me home for exactly the amount I was expecting. Top Tip: buy excess insurance in the UK for about £20, don't take the excess waiver policies that do exactly the same for 10 times that amount with the hire company. 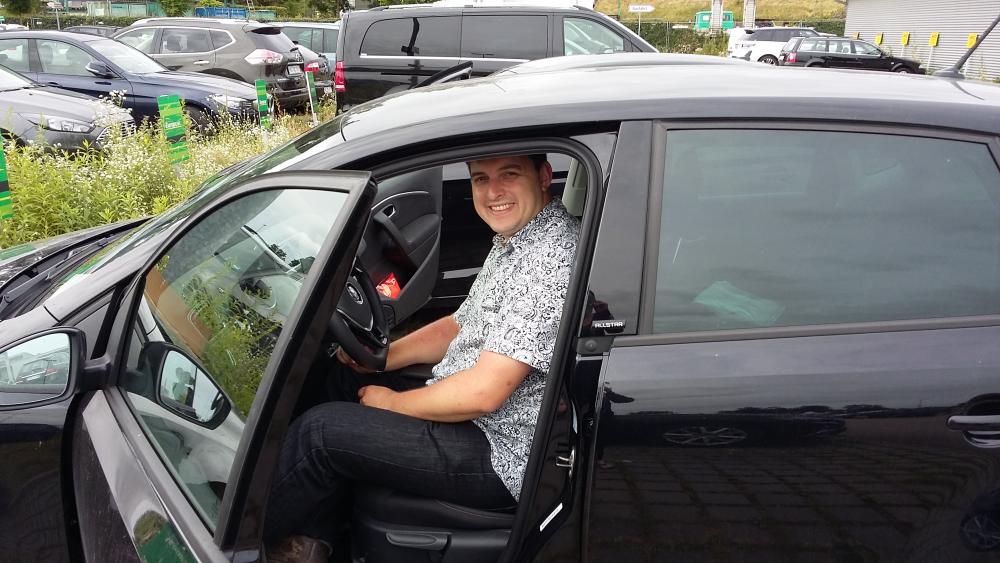 And so with the mighty 1.1 purring with anticipation at my toes, it was to the Autobahn to try not to get killed. I found driving in Germany a pleasure in general; the roads are very well maintained, clearly signposted for directions and far less crowded than here in the UK. Everyone knows how to drive on multiple carriage way roads (ie, if you are not overtaking something, get the hell out of the way) so it all works rather well. Some things to look out for include:

- the lack of speed limit signage (you'll often get one as the limit changes, but there are no 'repeaters' as we have here, so you have to notice and remember)

- on autobahns you really have to watch the speed of those coming up behind when you look to move out for an overtake. It's easy to glance in your mirror at a small speck, go to pull out and notice it's already up with you doing 200mph, when we are used to everything doing roughly similar speeds.

- on smaller roads merging traffic often has right of way over what appears to be the main carriageway, but not always, and confusingly there aren't always any road markings (which I could decipher) to warn you which way round it is. Everyone else seemed to know what was going on, but not me. Only one near miss but be cautions!

- when roads are closed, that's your problem. No diversion signs!

TopTip: this might be obvious, but I hadn't thought about it, your phone needs data for satnav, so buy a roaming package before you leave rather than having German Virgin Mobile faff like I did. 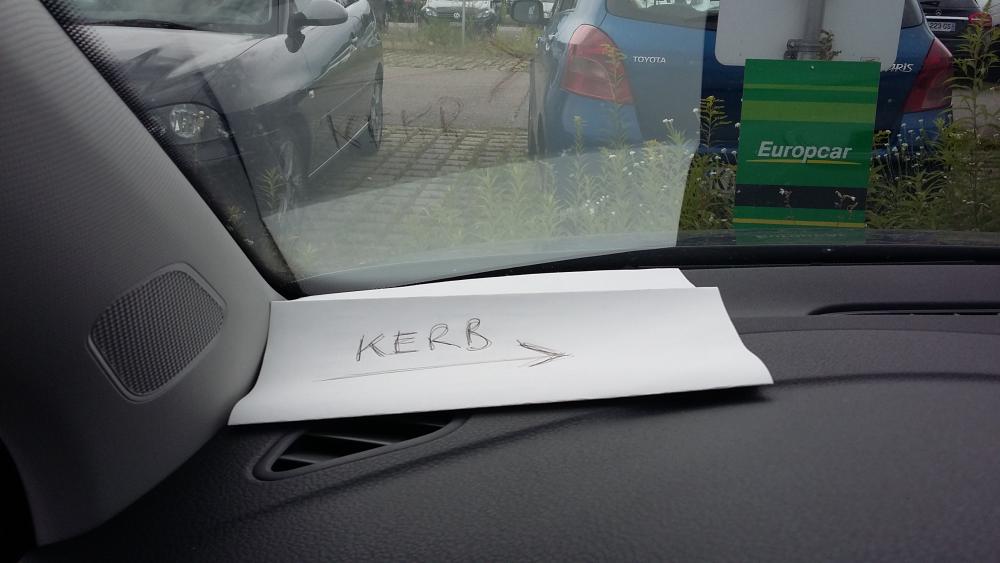 This paper saved my life a few times. So simple but effective.

We headed off to our first destination of Speyer, about an hours easy drive from the airport for a place giving relatively easy access to both Holiday Park and Tripsdrill. Arriving in the early evening there was no hint of a rush hour on the roads despite us driving through the peak time. We stayed at Hotel Am Wartturm which was very nice and good value, close to the motorway exit so avoid any driving though town stress and about 20 minutes stroll though a strangely beautiful graveyard. We slung the bags in the room and took that stroll to what is one of the most important moments of any trip... 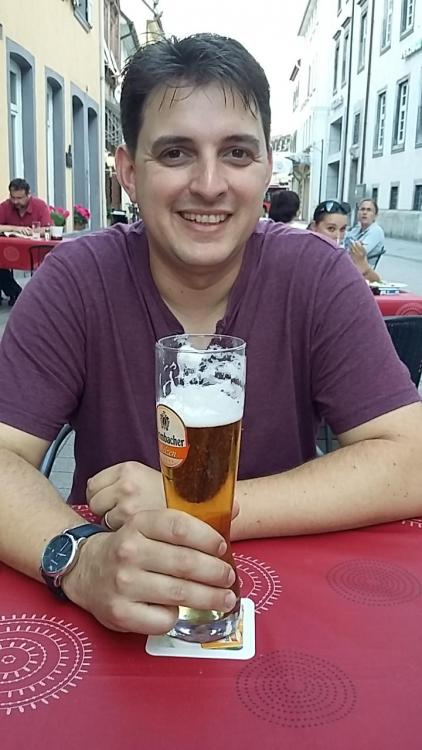 Speyer is a beautiful place. Like everywhere in Germany it seems immaculately kept, with beautiful architecture and a relaxed but busy vibe with bars and eateries lining the streets, all seeming to be good quality, with people out drinking and being happy without anyone ever being rowdy. If you tried the same set up on the streets of the UK it would be carnage. We took in a few bars and a restaurants for a lovely evening, but didn't want to go crazy and spoil the theme park fun that was to come with a hangover. 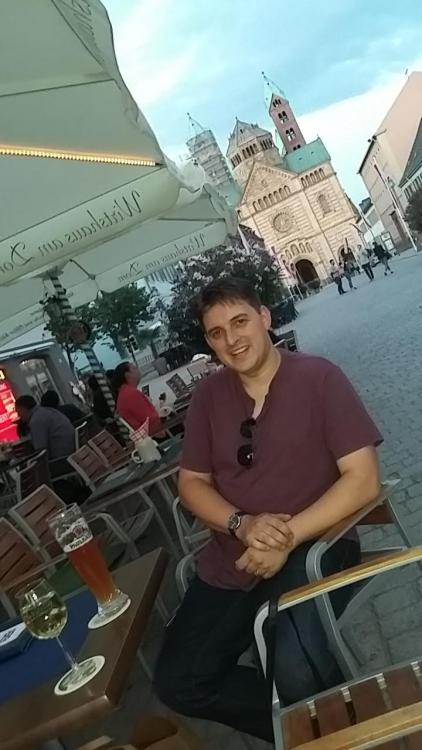 Although we were there for two nights and had a good look round (the bars, primarily!) both evenings, I wish we had allowed ourselves more time to spend in the town itself, spend some time there during the day. I've heard good things about the Technik Musium there too, one for next time.

So nice and sensibly early to bed ready for the excitement of the next morning, when this supposed theme park trip report might actually make it to a theme park...