The first day proper began with a short easy drive to Holiday Park of about 15 minutes, Speyer really is an ideal base for a visit here. On a term time weekday with the Germans all tucked up behind their desks somewhere we were greeted with a practically empty park and some rather generous 09:00 - 18:00 opening hours. 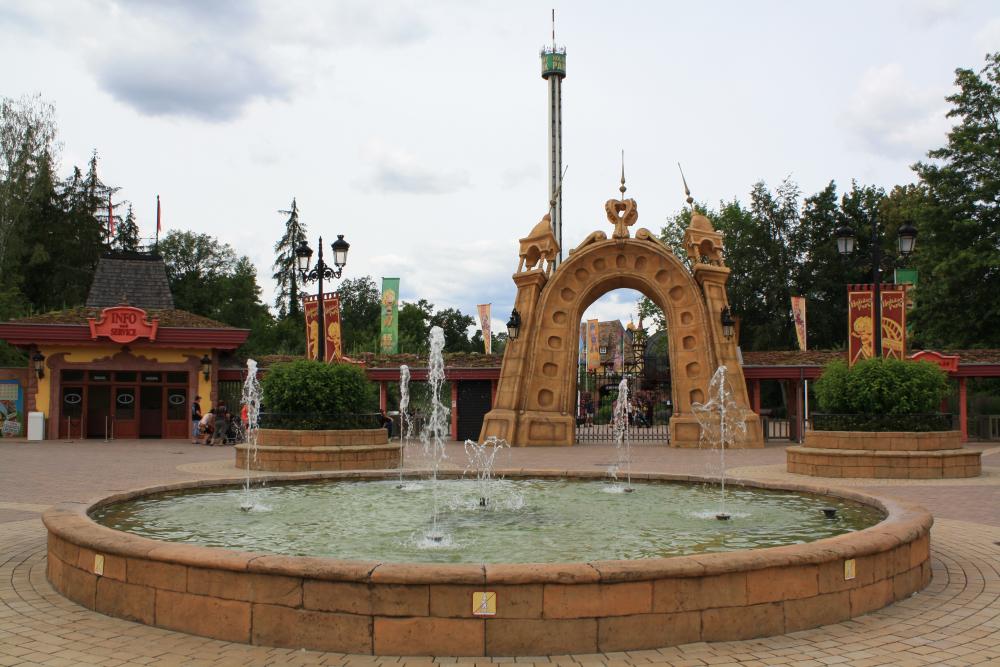 Arriving a bit early we were let through to the little holding plaza where the two pathways into the main park were held with barriers, while some of the few people waiting played in the great dancing fountains. Looming over the entrance is the drop tower, but no-one cared; nearly everyone was crowded around one of the two pathways jostling with anticipation. A check of the map confirmed what I suspected - this was the pathway (TopTip, it's the left one, get to the front and just follow the path) to the main attraction, Expadition GeForce. We dutifully joined the mini scrum and at the stroke of 09:00 were on our way... 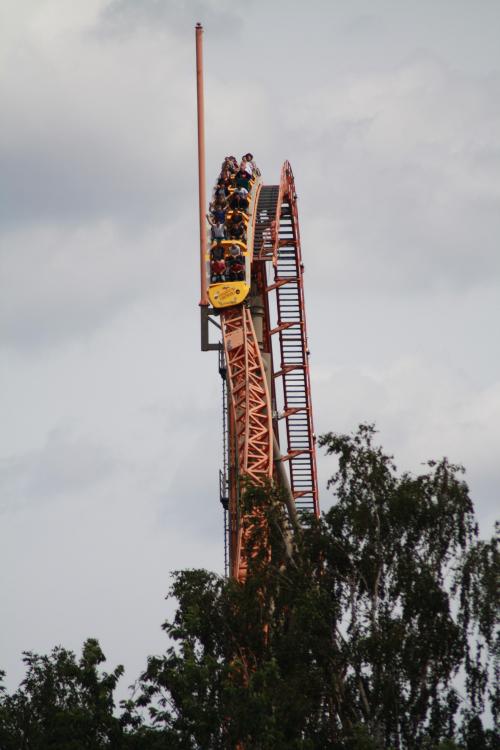 Big FM Expedition GeForce, to give it its full annoyingly sponsored title

Before we made our trip I had deliberately not spoilered myself too much with individual rides and, as much as possible while still wanting to plan effectively, whole parks. I didn't know much about Holiday Park or anything there, other than that GeForce existed and was consistently rated as one of the best coasters in the world. I didn't have the highest hopes for either to be honest; a couple of times it was said to not bother with Holiday Park at all and go elsewhere instead, and as for GeForce being one of the best I had seen it derided as massively overrated many many times. I'd also seen POV's of it and thought it looked pretty average too. 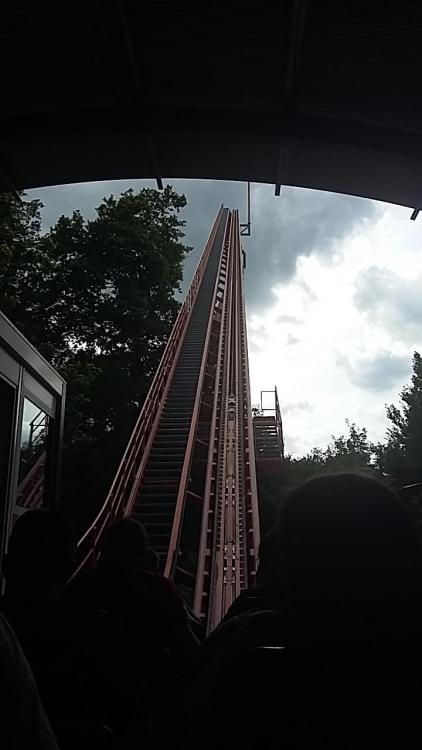 I was wrong. Everyone doing it down was wrong. If it is over hyped and overrated it is by the tiniest of margins; it really is one of the best. The first drop is great, but it is really only the means to gather the momentum for the ejector chaos which is to follow. The second hill crest is one of the best moments on any coaster anywhere, the attempt it makes to fling you from under your little lap bar is extreme and sustained like nothing else, followed by a couple more similar but less violent and more sustained peaks. Every moment of it is fast and fun; the right to left on peak transition change halfway through whips you through spectacularly, the bunny hops to the finish are taken at a perfect floaty speed. As is nearly always the case, back is best. TopTip: The front row queue line is actually for the front two rows, and when you get up there everyone wants to ride the actual front row, obviously, so the wait for that is even longer than it looks. This even held quite a queue when the rest of the ride/park was walk on. Just don't bother, why wait longer for less good? 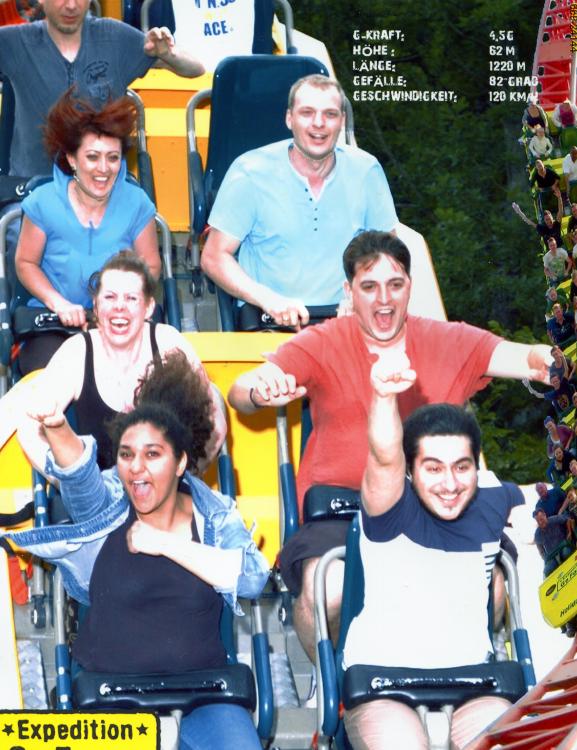 Joy (sweaty man in red, if you weren't sure)

It's safe to say I rather enjoyed it, and with it being walk on even on single train operation I whored the hell out of the back rows towards the end of the day. Lost count of rides, easily in the double figures and I left the park with some pretty heavy thigh bruising, but it was well worth it. First coaster of the holiday and it's unexpectedly straight in the top 10, put me in rather a good mood for the rest of the park and the rest of the trip.