This Blog Will Contain Spoilers And Sarcasm you've been warned!

So back in 2015 Scarefest really got a kick up the arse!

Scarefest has created some of the best scare attractions in the industry, but back in 2013/2014 the quality of the mazes where really plummeting..

Thankfully last year was one of the best years in Scarefests history, so I was itching to get back!

So after a grueling 4 hour drive, a fun M1 Traffifc jam, and a posh meal at Mcdonalds, I was there!

FYI I can't review House Of Monsters as I'm not a f*cking billionaire, hence why I purchased a meal from scrubby Mcdonalds..

Terror of the Towers: What Lies Within

TOTT returns, and it feels a lot toned down from last year.

Last year TOTT was actually quite brilliant, actors where crawling from everywhere..

This year seems to have some scenes cut as well, making the maze not as long as it used to be..

No don't get me wrong even with scenes cut its still pretty long, its well themed, and actors got a lot of scares.

But overall TOTT is starting to get stale, I think a new story/replacement is in dire need, TOTT has long outstayed its welcome TBH-4.5/10

Altonville Mine Tours is new for this year, and I gotta say, I was highly impressed.

The beginning involved some talking scenes with some great actors, they really got up in your face, and set the scene for the main maze.

First off the theming was brilliant, the smell pods also seemed to be a little too strong as well!

The attraction also made use of the Haunted Lantern technology, which they handed at the start of the attraction.

The Helmets themselves where a nice novelty, the attraction didn't rely on them, but they where a nice touch.

The scares inside where pretty strong, the masks looked pretty freaky, and the actors where not afraid to manhandle you!

The touching was not as strong as Sub Species, but it was still pretty intense!

My only criticism is that the finale wasn't as strong as it couldn't of been, mainly as the first half is so chaotic!

Sub Species really pushes the boundaries on what actors can do, I was pushed, I was grabbed, I even faced the second half of the maze alone!

The maze section in particular was a highlight, it wasn't ME who was choosing which way to go, it was a actor pushing me that way!

The maze seemed to be actors a-plenty, and at points they even worked together to corner people or separate groups!

The touching was insane, it wasn't a little grab, it was full on push from room to room!

The chainsaw ending is cliché, but it was effective and left our group running!

Sub Species is IMO the best maze in a Merlin park for a while, and the scariest maze I've done this Halloween!

My run through was utter insanity, this is by far one of the best scare attractions I've done this year -10/10

Even though the new scarezones are constantly compared to the old ones, I do really like how Alton

are trying to do proper scarezones like they do in the US.

Yes the old ones where better, but there where akin to mini mazes, not proper scarezones TBH.

Freakshow was a vast improvement from last years Nox Infernus, the zone was pretty tight, meaning the actors where pretty interactive.

I liked the circus-y type props around the zone, though the zone felt more fun than scary.

The freaks where more making us laugh more than scaring us, but the zone was still really good fun!

I sadly didn't get to experience Dark Apocalypse, but it looked pretty good!

As I mentioned earlier, I wasn't bothered to cough up a fiver for House Of Monsters, but it looked pretty good, and most reviews of it are positive.

Scarefest was a pretty good event this year, most of the mazes where really strong, and the scarezones and family entertainment really do shape up a well rounded event.

Anyway, here's some crappy pictures taken by yours truly.. 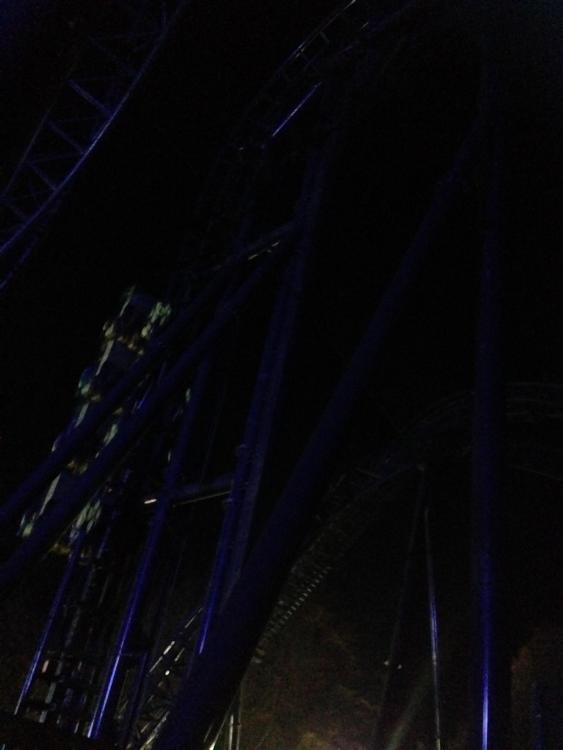 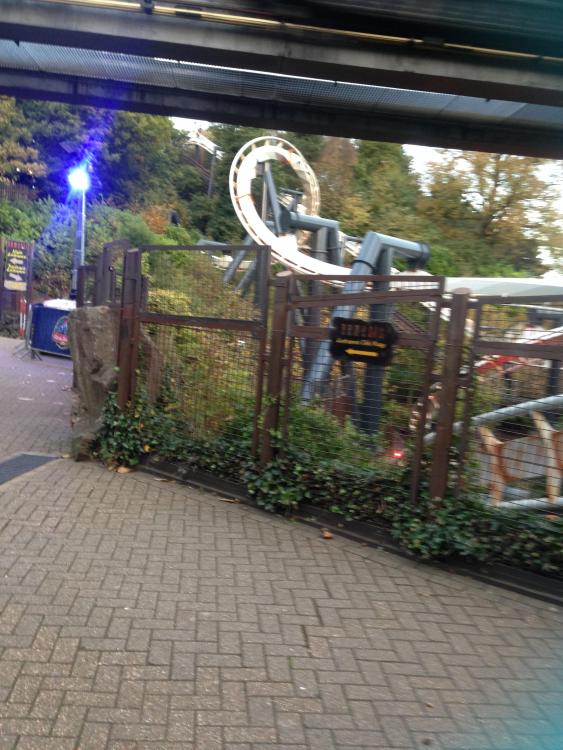 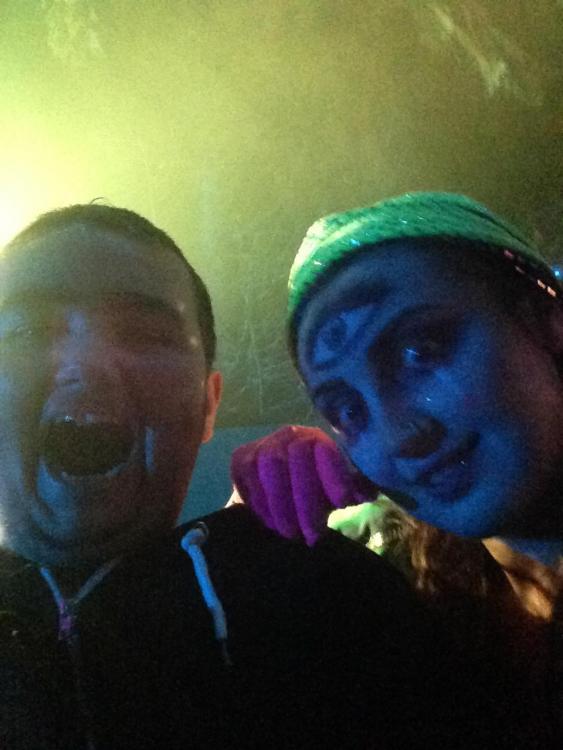 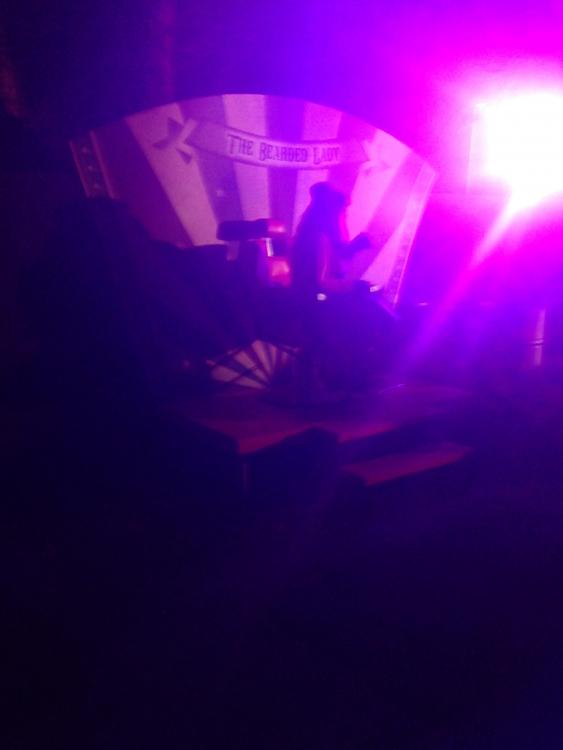 I'll leave you on this note.. 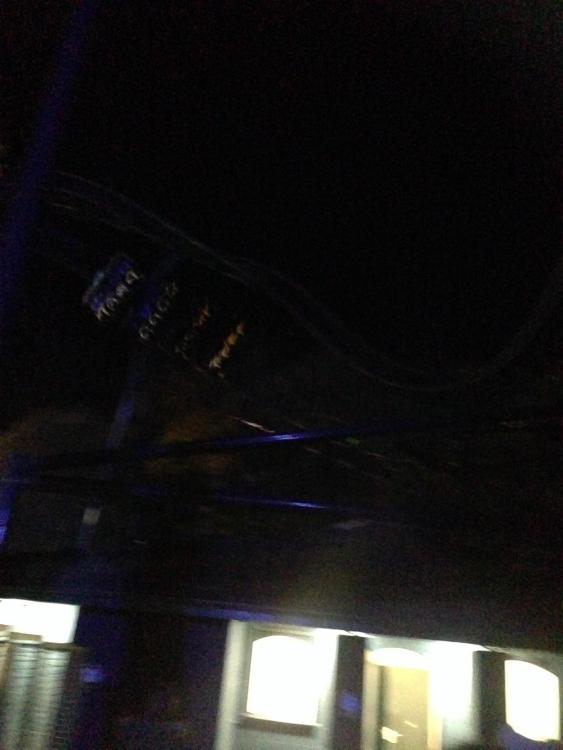