So I visited Liseberg back in July, and I just wanted to share a few thoughts on the park...  Majority of my photos were like so bad so I'm just stealing photos from the park's website to break things up.

Ultimately, I was left a bit...unfulfilled? by the park.  I don't know how to describe it.  The quality of some of the attractions at the park is really good, but the park itself just do 'it' for me.

Let's get this out the way.  Helix is truly fantastic.  It's got everything - a lengthy layout, inversions, speed, airtime, a nice style and good audio...everything.  And it all works, which is more important in some ways.  I really loved the style of the ride - the slightly futuristic / game feel just works SO WELL.  It's a bit of a shame that the queue is a bit worn - it needs a good clean and spruce up really.  But aside from that, I have no real flaws.  The ride is fantastic wherever you sit.  The back is fab.  The front gives you the force and speed.  And at night is great <3 It's just great! 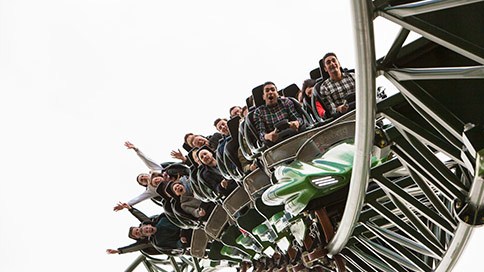 Balder was a wonderful surprise.  So much airtime, a really decent layout, that's nicely concealed, and just really good fun.  It's glass smooth which makes it feel weird, but a good weird I s'pose.  It's easy to see why it's so highly rated, and it's high up on my list too - my favourite woodie for certain! 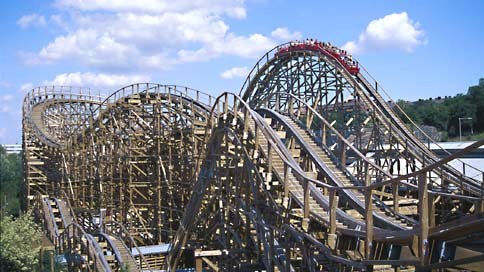 This classic Schwarzkopf is perhaps a bit of a hidden gem in the park now.  Which sounds weird to say given it's not hidden at all.  But in a park with Helix, Balder and soon Valkyria screaming in your face, it's perhaps something which will slide out of view.  Lisebergbanan was the only coaster where staff didn't bother stapling me in on every go (the staff on Helix and Balder seemed determined to split me in half...), which resulted in some awesome airtime and being flung about in every direction.  We also had a couple of rides in the rain which really added to the experience.  Just a shame about that final brake... 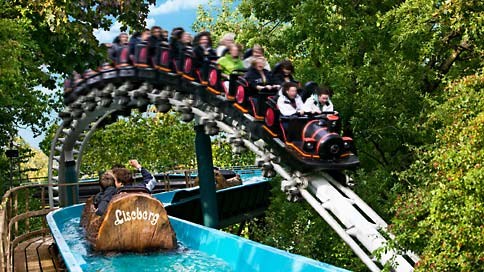 A couple of small creds finishes up the coaster line up.  Nothing special, but Rebalder ended up being my 100th cred - woohoo!

I'd always wanted to try a Gerstlauer Sky Roller since I first saw them, so I was excited for this.  I rode is 3 times over the course of 2 days - I struggled on my first go to get any spins, but managed a solid 27 on my second go, which made me very queasy...  Goodness knows how people cope with 50+ spins... 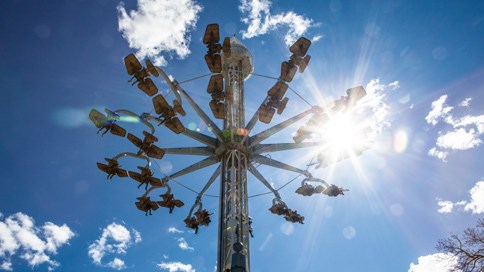 So this is basically Rush on a hill.  It has loads of potential, but it just didn't deliver.  The ride cycle was disappointing, and the location just didn't work - instead of making it more intimidating, it makes it less.  It meant the ride experience was rather lacking all in all. 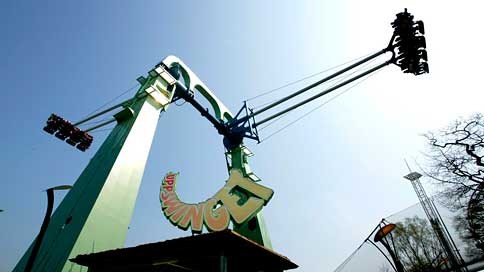 A really tall drop tower with Stealth-style restraints.  It was alright, gave nice views of Gothenburg, but that's about it.  I think after Detonator's forcefulness and brilliance, other drop towers feel lacking for me.. 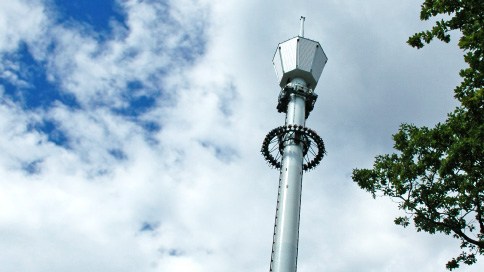 The park's log flume is a nice scenic tour really.  It's also gives a good pop as it starts down the drops.  Nothing special, but good fun!

The rapids were great - they start quite slow, but gradually builds up and up and it just works really well! 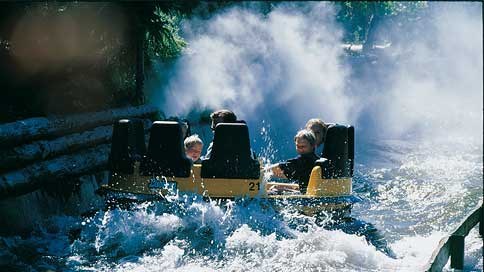 Oh god.  This was blooming awful.  It's a ferris wheel, but the loading procedures were bad.  It got every pod emptied / filled (which naturally takes ages), and then cycles round 3 times, and then starts the unload/load process again.  It's just so boring.  It didn't help the views were poor because of rainy weather, but even with clear weather, there's not that much you'd see again a second. third or fourth time round... 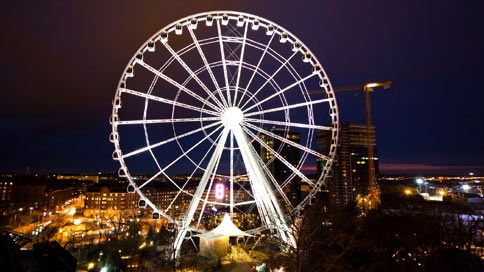 The two newest rides at the park; unfortunately they didn't appeal to me.  Loke, an Intamin gyroswing, is a ride that makes me feel awful after riding these days, so I didn't fancy it.  And I didn't want to waste time with Mechanica when there was other stuff I could do..

Majority of their other attractions are all standard stuff, and they weren't that great really.  A bit of a shame.  Their dark ride (which is closing soon / might already be closed?) was truly awful though.  However, one final noteworthy attraction...

An upcharge scare attraction (priced £5/£7 depending on what ticket you have).  Themed around a spooky abandoned hotel which is over-run by spiders.  I hate spiders, which naturally put me on edge.  The maze was very good; a good length, VERY well themed, and some fantastic use of special effects (smell and feel were particular scents that were attacked!).  The only downside was that it lacked in actor numbers, which is a bit of a shame.  Nonetheless, a good scare attraction which did leave me cowering at some points...

On a more general note, operations at the park were generally very good and quick.  I'm not a fan of their shutdown policy (Helix shutdown when we were near the station, and it resulted in a full queue evac.  It opened about 10 minutes later and must surely have only been a small problem), but I guess that's a small grumble.  I love all of the sideshows and games they have - so many of them were themed which was fantastic, and they just had such a good atmosphere about them (it was also good that staff weren't pressuring people to play).

So yeah, Liseberg was a weird one.  I enjoyed their 3 major coasters, and they have a couple of other good attractions.  But the park feels lacking in...something to me.  But I don't really know what.  Despite wanting to go back and ride Helix, Balder and Lisebergbanan, I don't really feel compelled to visit Liseberg as a park any time soon (even their new coaster isn't that tempting).  It's disappointing in some ways, as I want to like the park, but I just don't as much.  I think it's at least partially down to the fact it's more or less an amusement park, rather than a theme park, and I'm more of a theme park guy.