Well, what an amazing day this was! It was a joy to see everyone again and to meet some new faces

(Btw, I got the xmas smilies by googling them, started typing this during xmas, was gonna remove them since but meh, it's a Christmas meet

After being greeted with hugs and smiles at Waterloo station, it was off to The Eye (and that wonderful 4D experience). It was a clear day so we got some great views, could even see Stealth! Liam was such a tourist (actually, he was for the whole day) and came out with a great response to The Shard: "It doesn't look real! It looks like it's been painted on!" 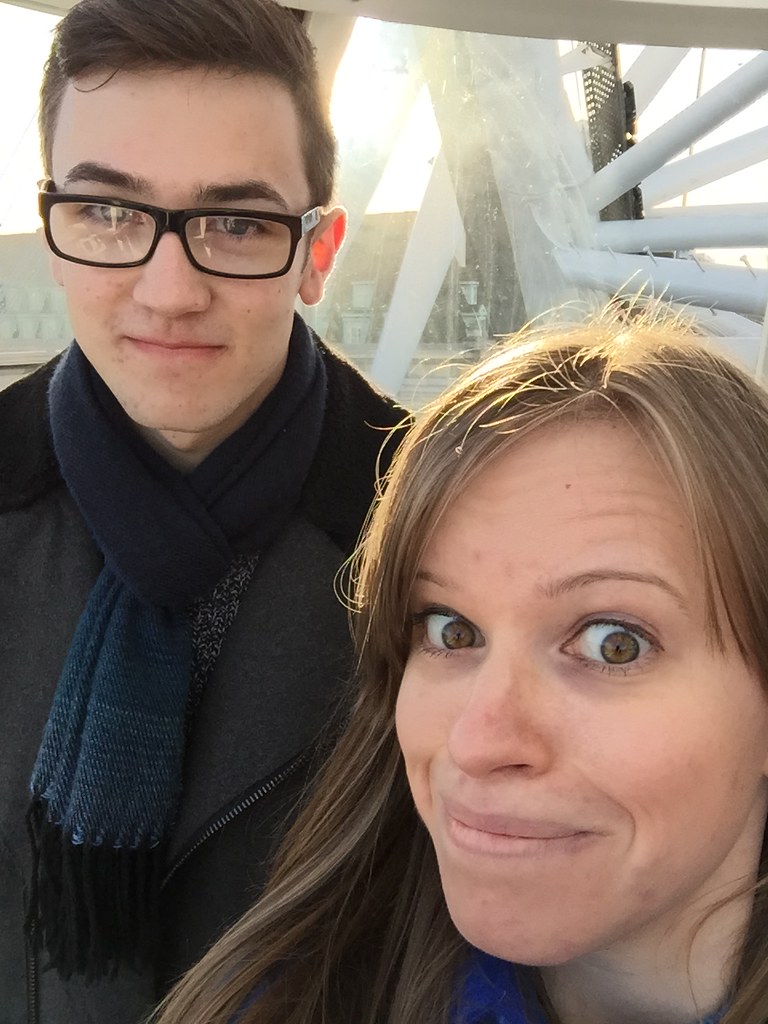 Next up was The Dungeons, which were a great laugh as usual, and with it being Liam's first time, we were provided with much entertainment in the form of his vocalizations. Such as: jumping on the boat ride; screaming in the plague doctors scene when the leeches crawl under your bum, and just general camp reactions. The highlight was, of course, when he got picked in the torture device scene

Just...perfect! Shame we couldn't take any photos! Although...

Our ORP from Drop Dead with Luke (and some random lady) was quite something... 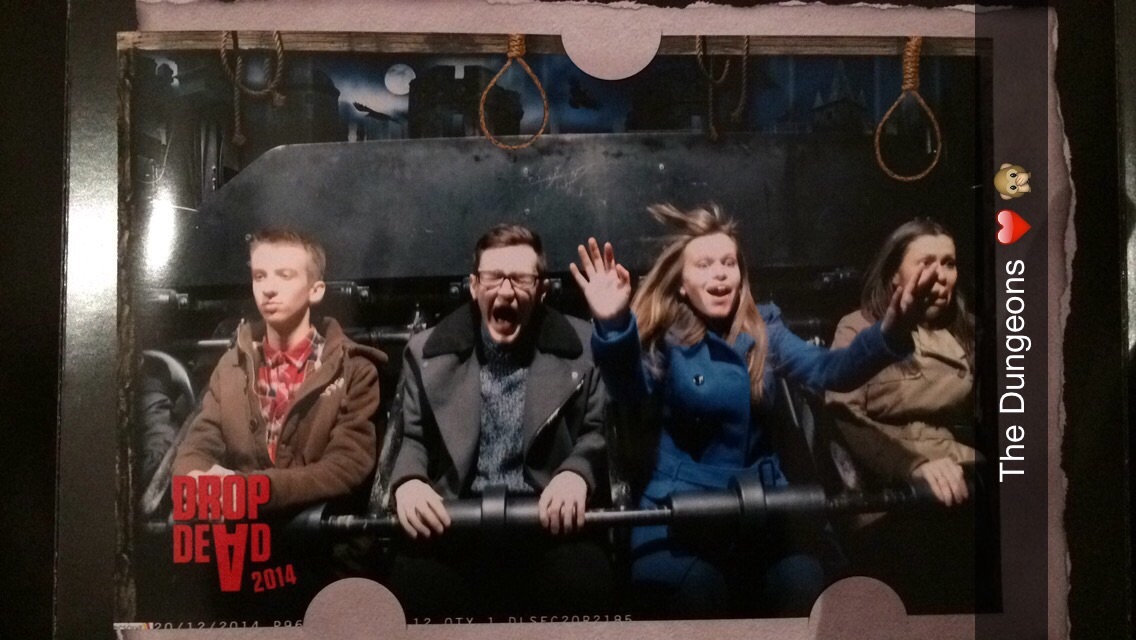 We skipped SeaLife and headed straight to Nandos, about an hour before our booking

We managed to lose Peaj on the underground, whilst gaining Mark9 and Dan9...but were eventually reuinited in Nandos.

Secret Santa was fun as always (but did we actually finish it?!), I think Liam was most impressed with his sexy fireman calendar

At this point, I had intended on going around and handing all my Christmas cards out...not really sure what happened! So instead, I just went to people individually throughout the rest of the day and gave them their cards. But because of this, there were some people who I didn't get round to giving their cards to, so major apologies!

BUT I did bring loads of candy canes

And I tried to make sure everyone got one lol!

After this cheeky dessert of candy canes, it was off to Madame Tussauds for most of us while the rest headed to the pub. A few bits (and groping of!) from Tussauds:

I also added some silly/amusing annotations

And it appears that our meet organiser was clearly still in shock after becoming seperated from us on the underground, and couldn't even catch a giant box

A few stills from that footage: 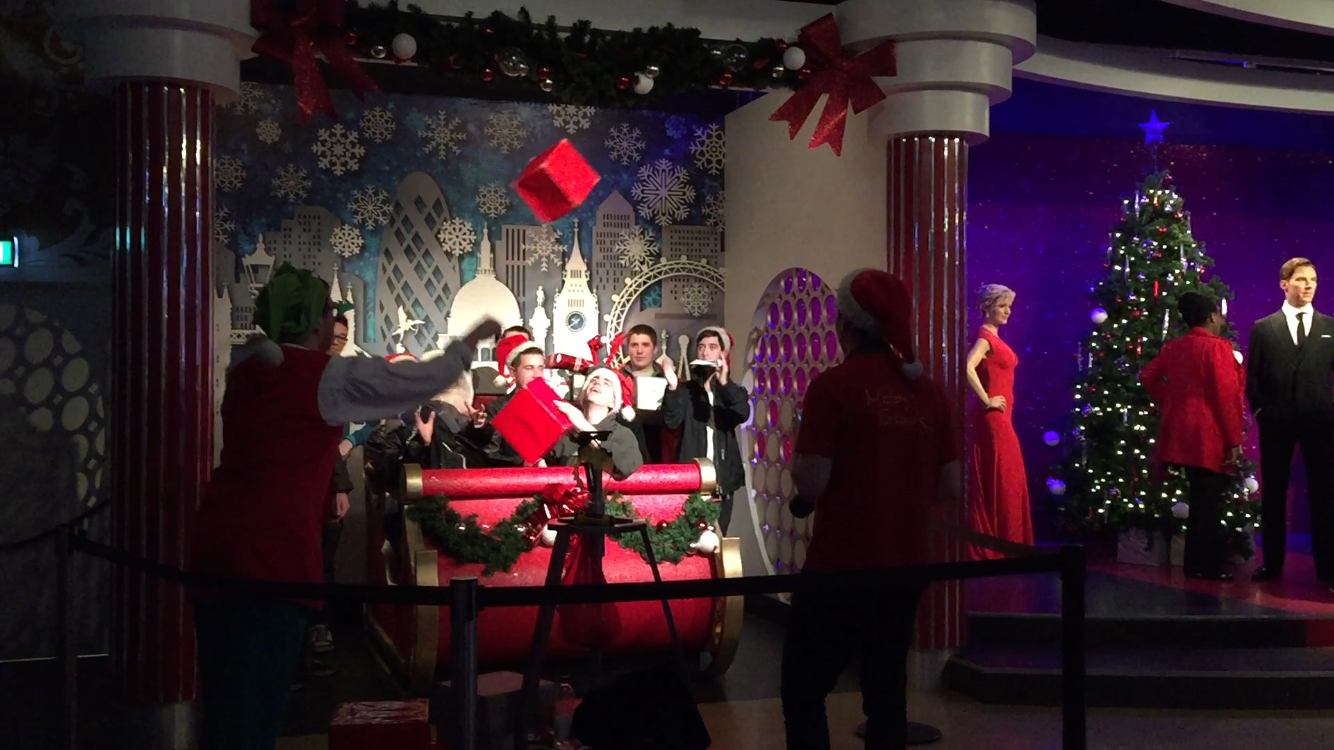 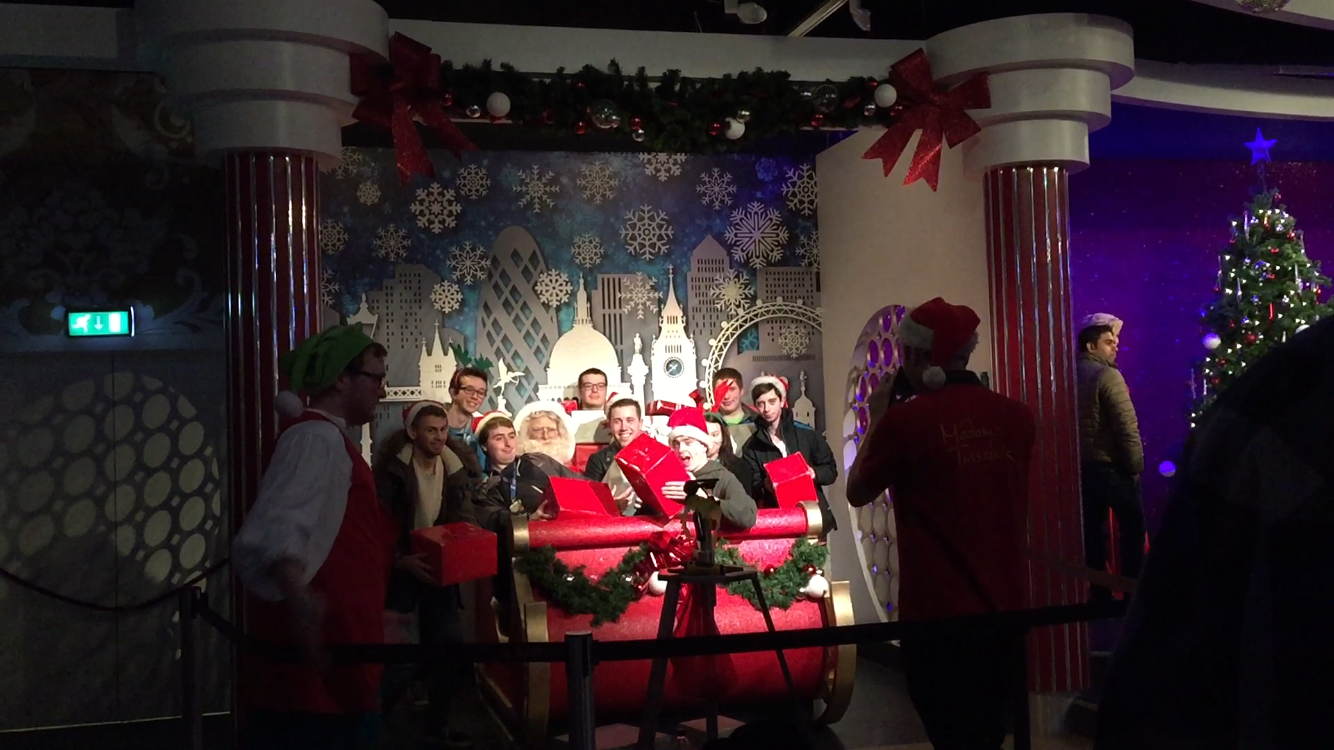 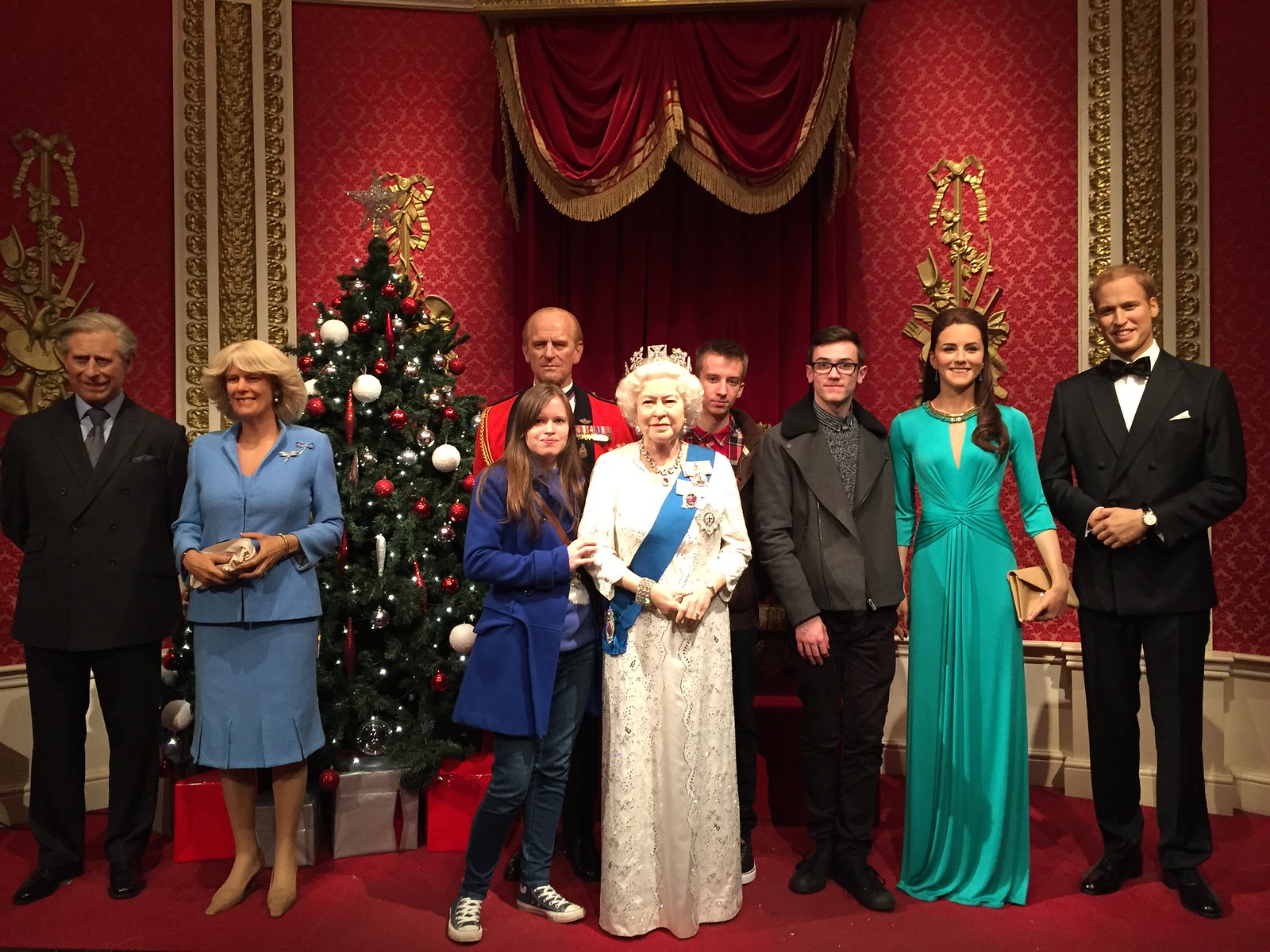 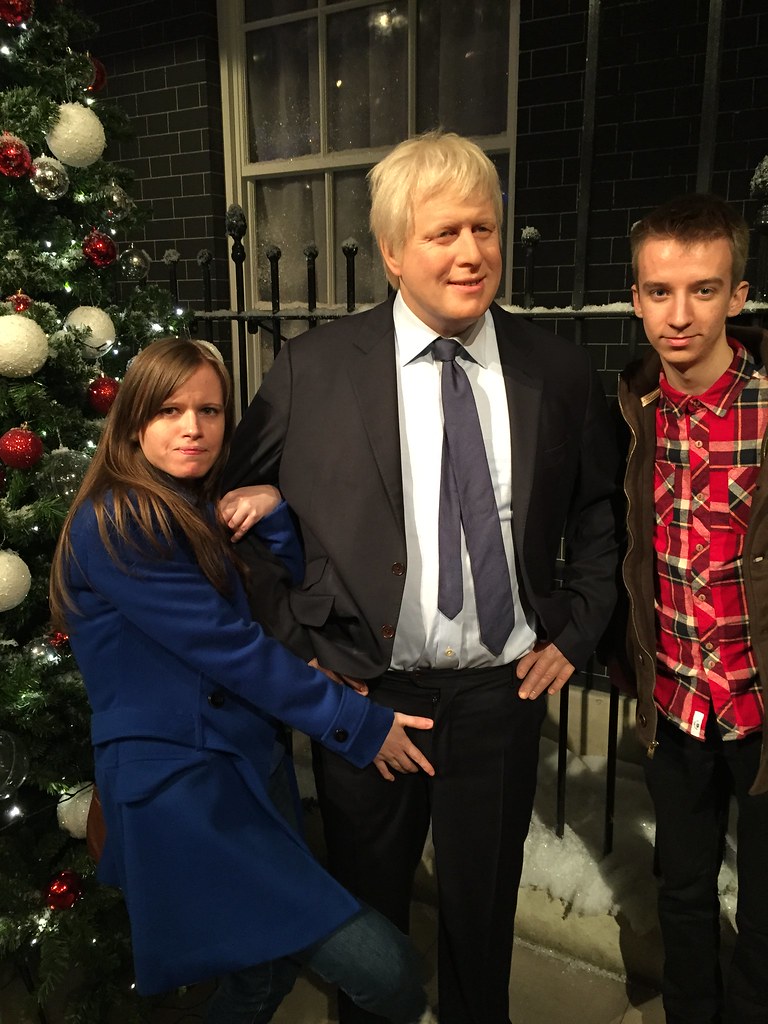 Aww I do love this photo! 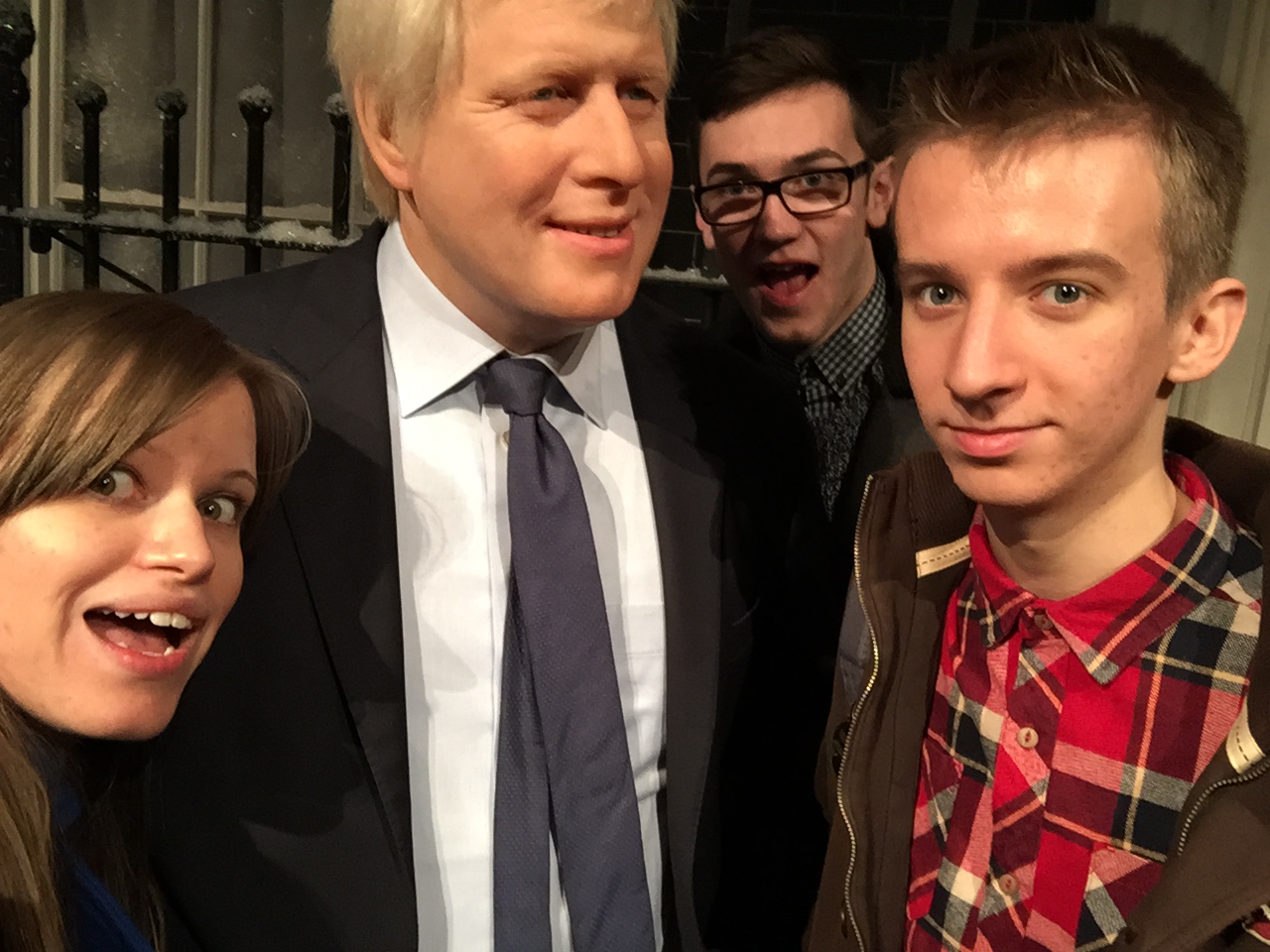 Soon, it was time for The Spirit of London!

Here's some stills from my on-ride footage

...Because the detail in this ride is just brilliant.

Luke popped his head round to tell us something important... 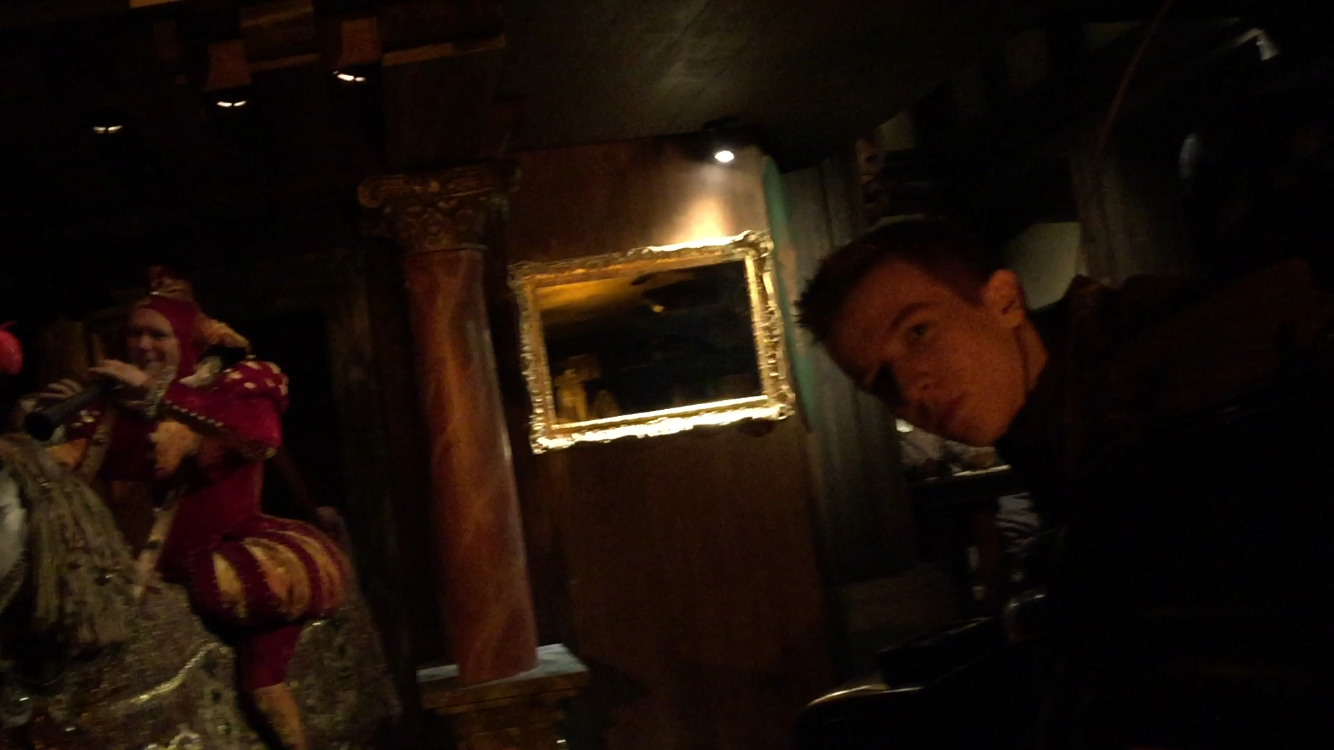 (Watch the video that I have included further down to find out what, I didn't upload them for nothing 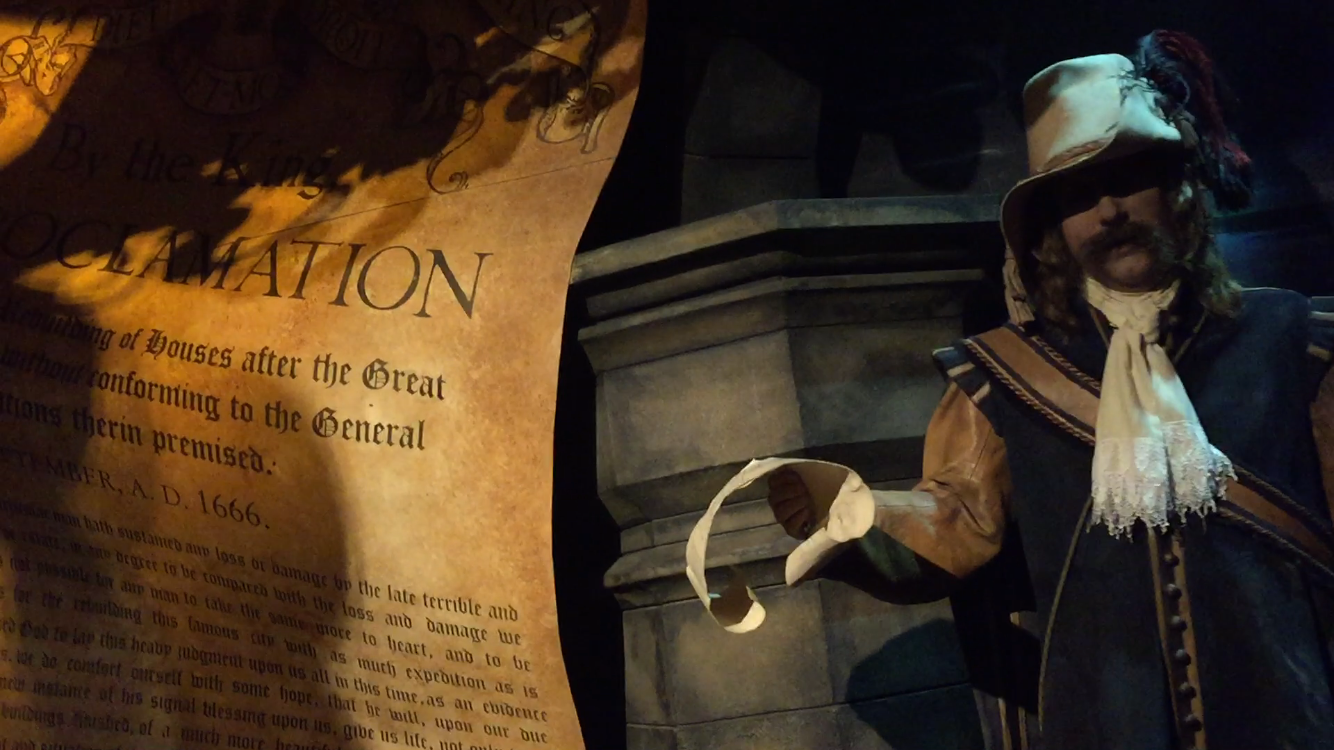 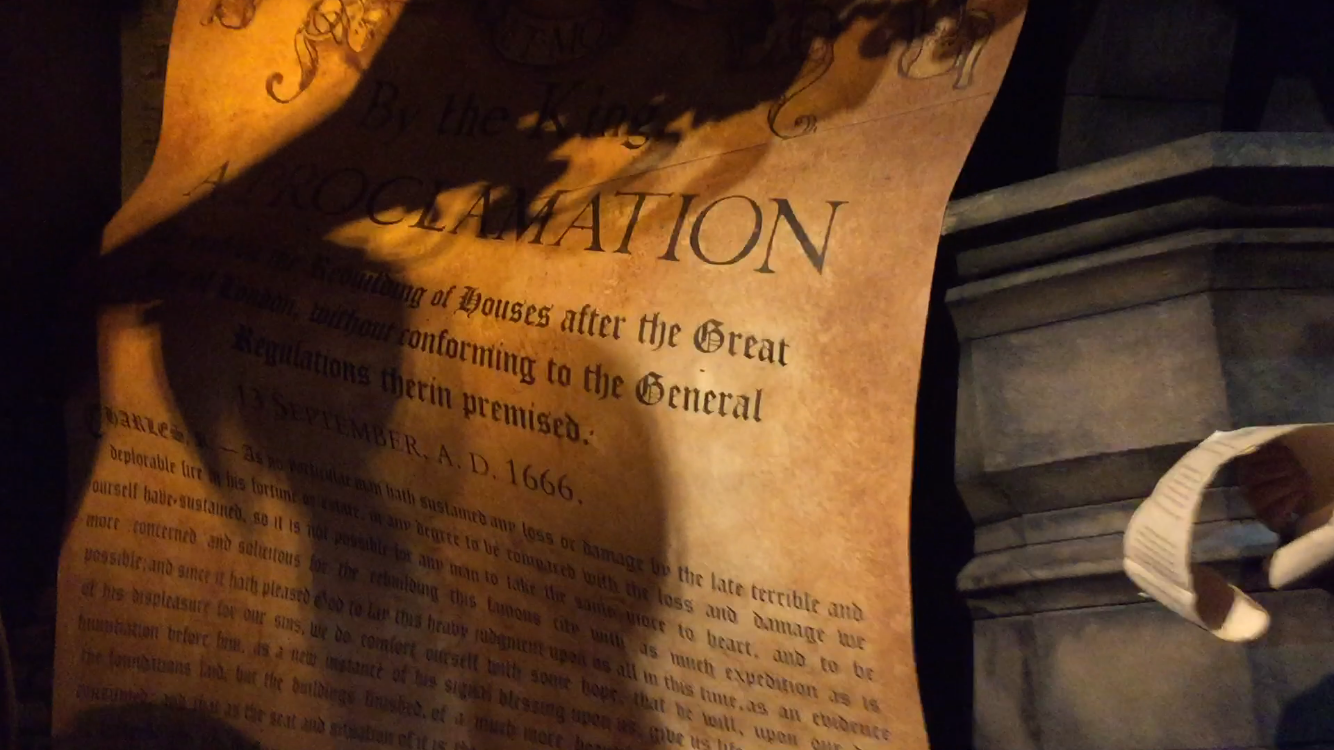 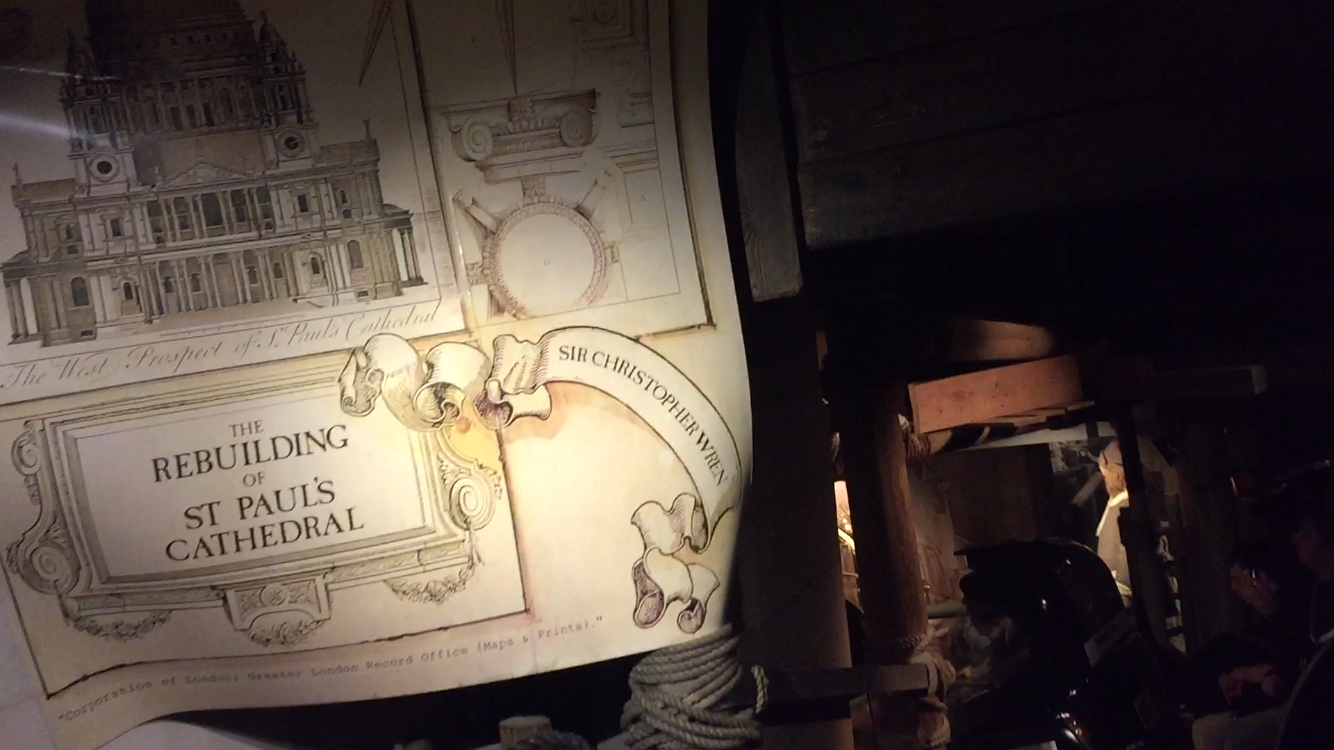 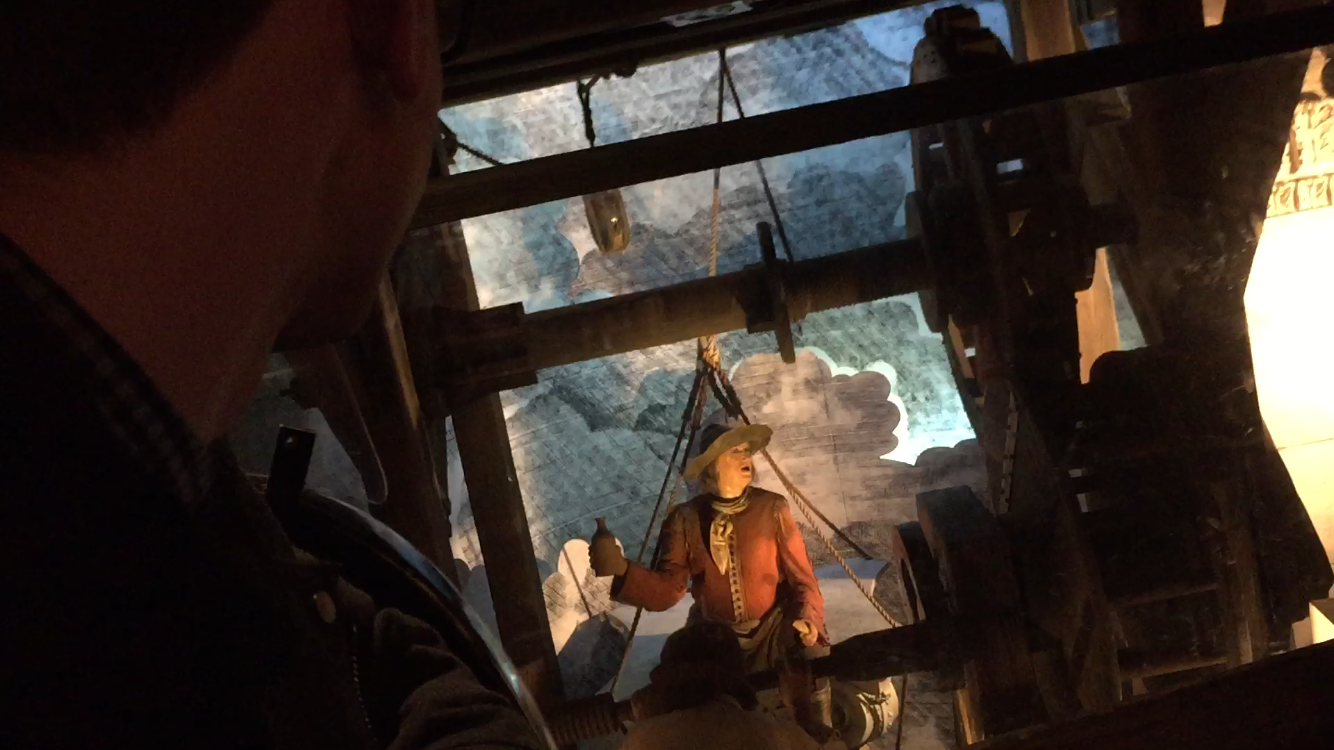 Hmm, this reminds me of a particular coaster... 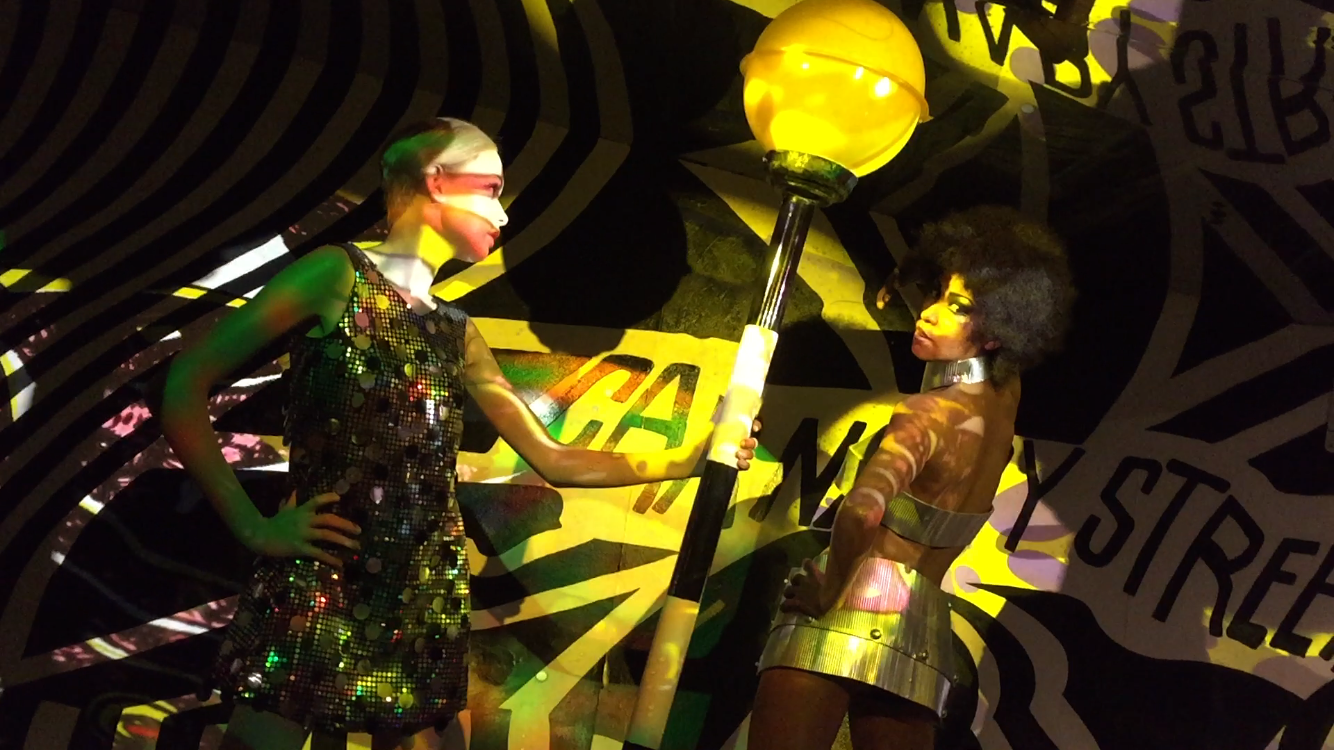 Only just realised when watching the footage back that this helter skelter is also Big Ben! 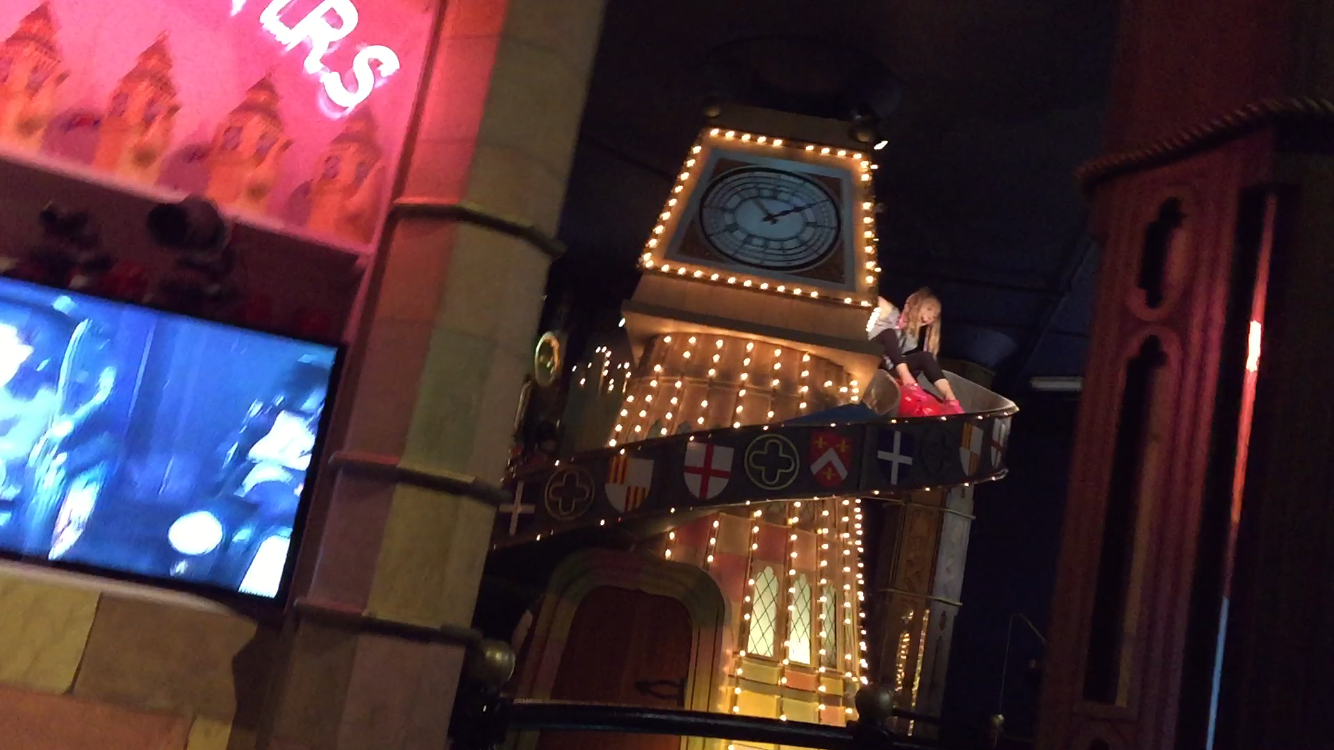 Where did everyone go?! 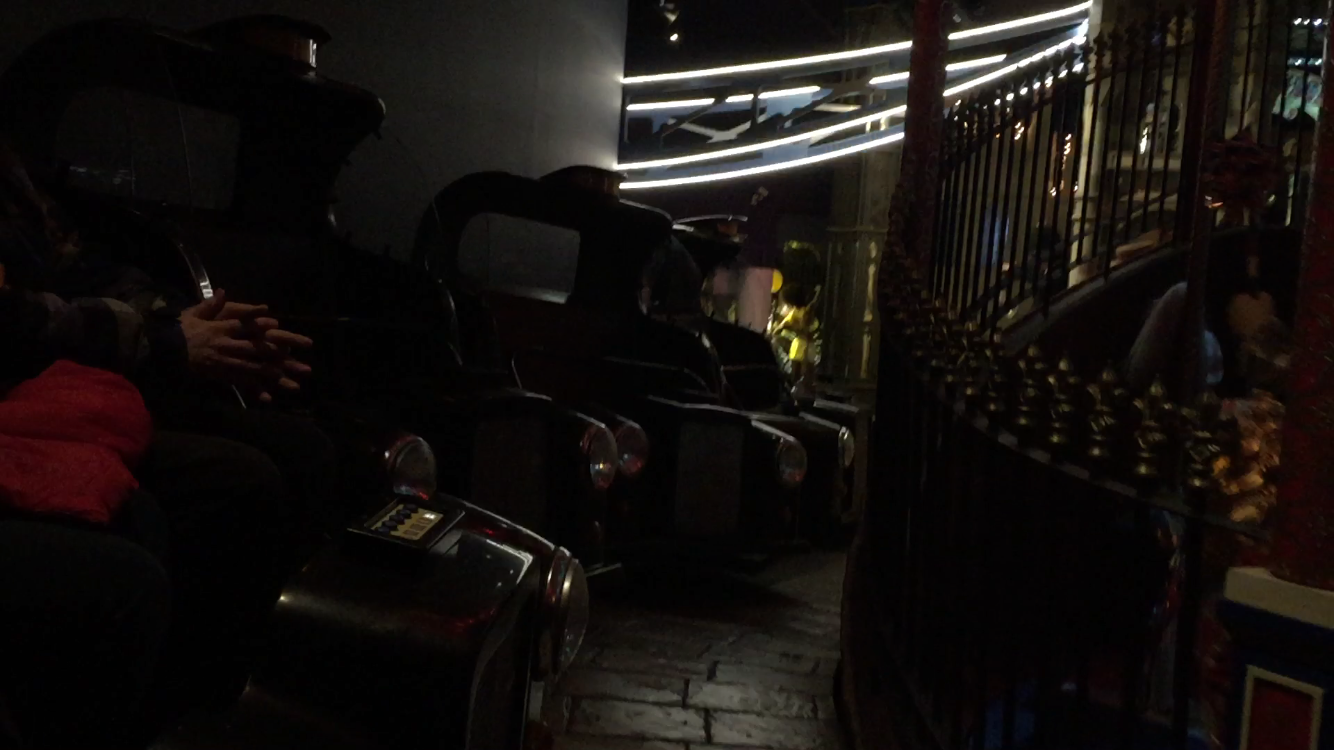 Plot twist: they were taken by the creepy fireman! 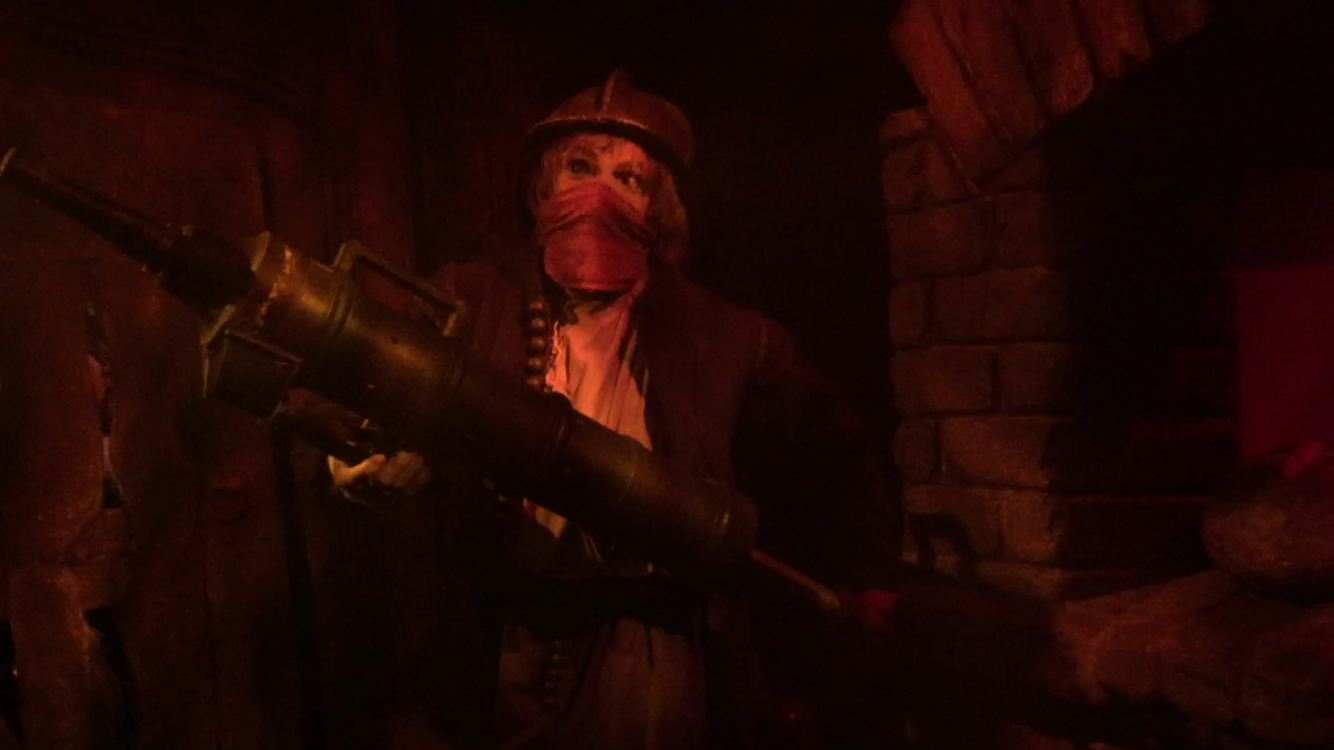 I think it's partly the fact that his right eye just stares straight ahead which makes him creepy (ish).

I thoroughy enjoyed the ride as always, as did Liam!

Why not see (and hear!) for yourself?

I was a bit sheepish about being too obvious filming it, hence why the view seems quite low down at points. But it's the things that are said/the reactions (again, mainly from Liam) that are the highlights of the video, really!

Well, once we'd eventually got inside and shuffled painfully to the Carousel Bar, we could enjoy ourselves (as much as humanely possible). Myself and some others did Wild Maus XXL, which was even more insane, hardly seemed to trim! There's a particular corner which is ridiculously fast - you can actually see people being thrown to the side when watching!

Then while some others did Barrel of Laughs, we did XXL. It was definitely worth it! Far more than just a giant Freakout or better version of Vortex

It was fast, pretty intense, had both great force and great airtime, and when I thought we'd reached full height, it still went higher! Pretty sure I shouted "What the f**k?!" a few times!

At 14-15 seconds in, watch the corner just above the blue sign - that's the corner I just mentioned, you'll see how fast the car flies through! You also get to hear the wonderful operator on XXL, who kept repeating the same things over and over again. OH and watch (and listen) out for my little edit at the end

It was eventually time to say goodbye

It really was lovely to see people again, especially people like Liam who I haven't seen in a long time and live bloomin' miles away! Actually had to hold back from crying when hugging goodbye

Although, it was nice to go to the pub after with some peeps and just chill, was a nice way to finish such a good day!

Here is the album with all my photos in for any who want to see the rest of them: Christmas London Trip 2014

Oh and any photos with people in are set to private (the above link is a guest pass, so only those who I share the link to can see the private photos)

So thank you to everyone for making it such a great meet, and of course to Peaj! Last year's meet unfortunately ended up on a very sad day for me and my family, so I don't have great memories from it. And for various reasons, 2014, up until around late October/November, was a pretty awful year for me personally. BUT (cue happy/triumphant music), since November-time I've finally been on the mend, and for the first time in a very long time (a few years perhaps!) I feel back to my old self - if not, better than that!

Seriously though, I feel so alive and more chatty, and I was eager to see how I'd be at a meet (especially with so many people), and I'm very pleased to say that I felt amazing! 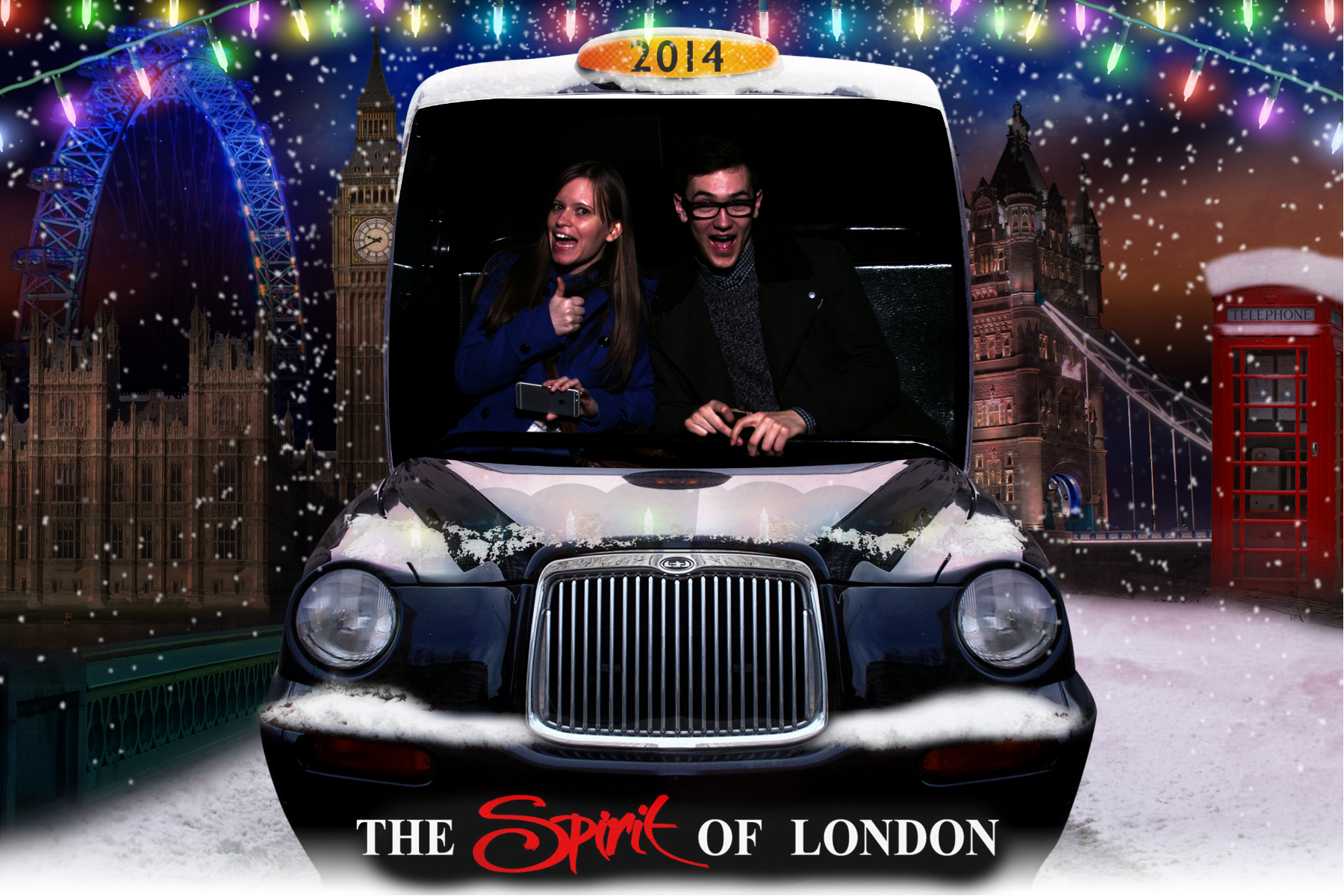