Being on the scene as early as  1998 with Creepy Cottage, and then throughout the years adding more and more, Tulleys has really evolved as of recent into one of the best scream parks in Europe.

Now with 2015's massive changes, and the fairly large Coven last year, this year I think is more of a slow down year in terms of growth in the event.

Anyway with the re-do of Hellements, and the 3D transformation of the Twisted Clowns, how would 2017 fare for Tulleys?

(This will be spoiler free, though I have put some more details in the tags for those who want to be spoiled..

I'm also sorry for the photography, and you cannot sue me if I kill your eyesight with the quality of these ****ty photos.. 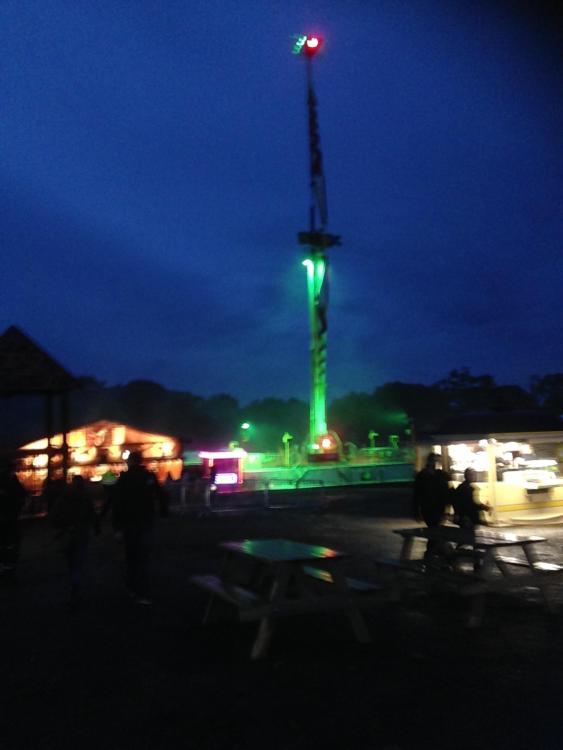 Dating back to 1998, the cottage is the oldest maze at the park and its by far the smallest- though do not underestimate it, as the cast were rocking it on Preview Night!

The actors in here caused a lot of suspense, and the suspense was usually followed by a great jump scare.

The maze is also nicely themed too, and the layout is very tight which gave the actors even more fun in tormenting us.

The Cottage is by far one of the more low-key mazes in the lineup, and its by far not the best maze the park has to offer, though if the cast keep this up, its gonna be a great year for the attraction.

Being a "new" attraction, I think a lot of people are gonna ask whats new in VIXI.

Now I'm gonna say that for the most part this is near identical the to last year, though there is a new section or two that mixes up the formula a little..

The actors in the rope section seemed a lot better than last year, and the cast here made this a bit better than Hellements IMO.

VIXI has a room or two with a few actors after the rope section as the new finale.

This section gave a few good scares, though I think it needs a little more ooompph from the actors at the end to make it better.

Other than that, this is pretty much the same to Hellements in recent years. Though the cast do seem to be more effective than last year, and the maze seems more complete with the finale.

Coven I think with a few more large-scale scares could be a icon maze for Tulleys, though sadly on my run through the actors were more creepy than scary.

I also think the swamp scene needed a actor or two more, as I think this brilliantly designed section could of been put to use better..

The maze though looked just as (if not more) beautiful than last year, with the cottage section, and the swamp scene is awesome.

Overall I think when the cast begin to find their feet, this could be great this year.

Chop Shop remains fairly similar to previous years, and that IS a good thing.

The cast in here seemed to be in full force as actors from the first room got scares thick and fast.

The finale remains the fast, fun, and chaotic feast that it was last year, and the theming in the exterior and inside the first half also continues to be impressive. 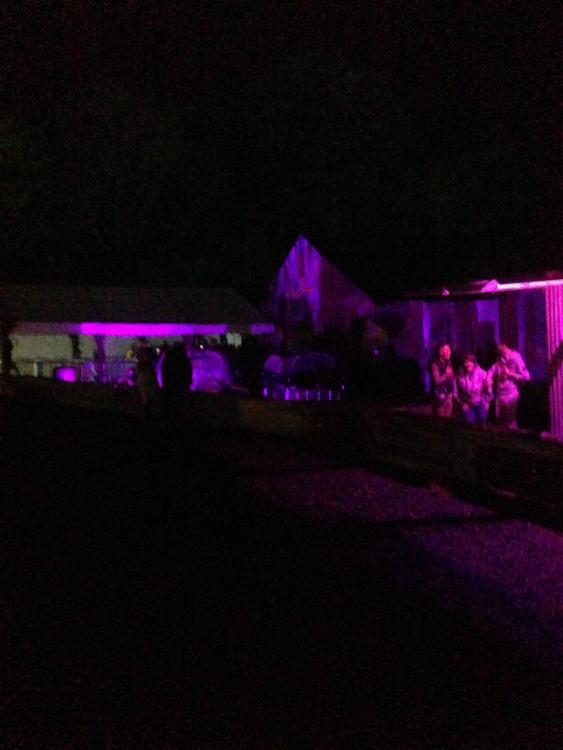 The Colony is back, and it feels longer than ever..

Overall the first half of the maze was generally fairly slow in getting scares, though in the second half the scares were actually pretty brilliant.

The actors were using the beautifully themed sets to their advantage, and in some sections scares came pretty relentlessly.

The ending is something that I've been debating about since its debut though..

Yes the ending got me and my group running out of the attraction, though it really does not fit in with the tone of the maze..

Also when you use a object constantly in a maze (Chop Shop) makes the use of it in The Colony slightly feel like a cop out..

The Hayride has some new scenes this year, and the attraction remains just as fun and as jumpy as previous years.

Various highlights include the pole dancing Nuns, The movie-based scene, and the good old chainsaws at the end.

After testing the waters with Pandemonium last year, Tulleys have made their Clown Maze fully 3D, and for the most part I like it.

The maze feels even more disorientating than last year, and the layout led to our group getting lost quite a lot.

The only thing I dislike is how this maze on my run through seems to have had adopted a conga line style, which didn't seem to fit the style of the maze.

Anyway this maze remains fun and lively like previous years, and I liked how this year they attempted a finale.

The finale is a loud car sound effect at the end. I think if this was louder it could of startled me. Though sadly it was a little quiet so it didn't leave me running for the exit..

The Cellar has been running strong since 2009, and for the most part this year is no exception.

I do think some of the cast might of not found their feet yet though as some of the scares in the second half/finale were a tad on the slow side.

Though it is preview night, so this is probably just the cast getting used to the endless amount of scare opportunities that the maze's layout brings.

Though when actors were on form, the scares were intense. 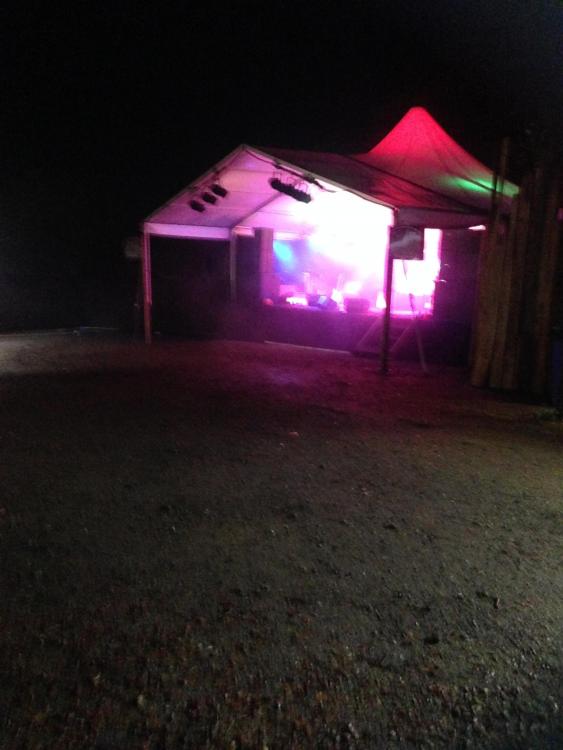 So as always the roamers here were brilliant.

The roamers along with the live music gives the farm just such a crazy and fun atmosphere that makes Tulleys feel special.

Heck I could go along to Tulleys without entering a single one of the haunts and enjoy it.

Along with the 8 haunts this year also saw an unadvertised 3D cinema experience.

This was fairly odd, and the experience itself felt a tad half baked (I can see why it was chosen not to be advertised..)

I think if it returns next year, maybe give it a few actors? And some special effects to make it feel less like a DIY project plonked on a high standard Scream Park such as Tulleys..

Overall I think 2017 is another great year for Tulleys.

Chop Shop, The Colony, The Cellar, the new scenes on Hayride are all massive reasons to visit.

Yes this year hasn't seen all too much changed, though I think with Tulleys it didn't really need to.