The third and final day of the Pleasure Beach Experience European park event took place at Phantasialand, where we were expecting a 30-minute ERT on Black Mamba and lunch included.

Before I review the park itself, can I just say what incredible treatment we had from their corporate/events team.  Having expected the above, we also got a night time ERT on Taron (joining the hotel guests) followed by 2 PBE group rides, early morning rides on Maus au Chocolat and Chiapas (before the park opened) as well as both cycles on Mystery Castle at the end of the day.  In addition, we were given four fast passes each and of course the lunch, it was truly incredible and the park went above and beyond to make sure we had a good day.

Onto the park itself, I was absolutely blown away by the scale and detail of some of the theming, it puts anything in the UK to absolute shame in that respect; from the dark tone of Klugheim to the vibrant areas elsewhere, and queueing for Talocan felt more like watching a show!  The landscaping, theming and audio truly sets this park apart from anywhere else I’ve ever seen in terms of a themed experience park.

The park was incredibly busy on the Saturday however operations were slick meaning we managed to ride most things, unfortunately River Quest was only using one of the two elevators and the queue moved extremely slowly as a result but apart from that, everything else was run very efficiently and queues were always moving.

Temple of the Night Hawk x1

Taron is truly an incredible coaster in every respect, from the landscaping, theming through to the coaster itself it’s near-perfection. 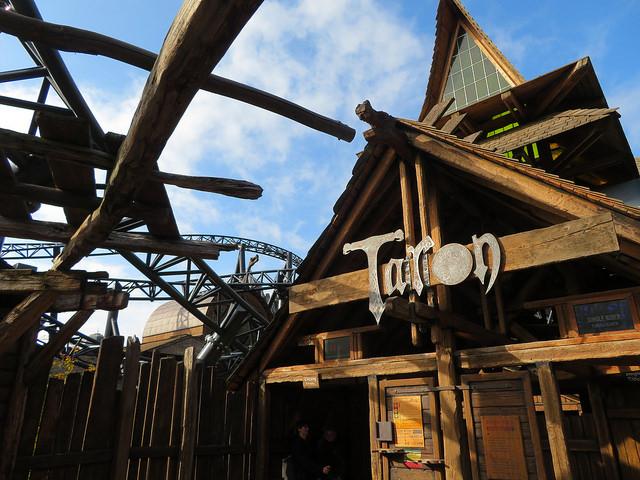 Entering Klugheim the twisted metal track becomes visible through literal mountains of rockwork, with the audio blaring out, it’s just stunning and features such as the waterfall, launch audio and night-time lighting all add to the experience. 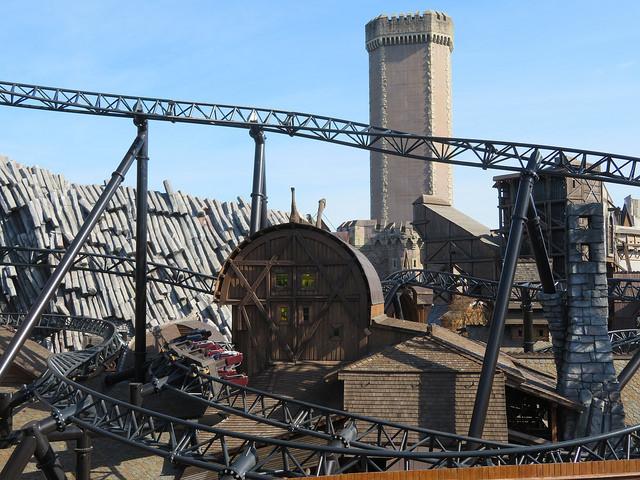 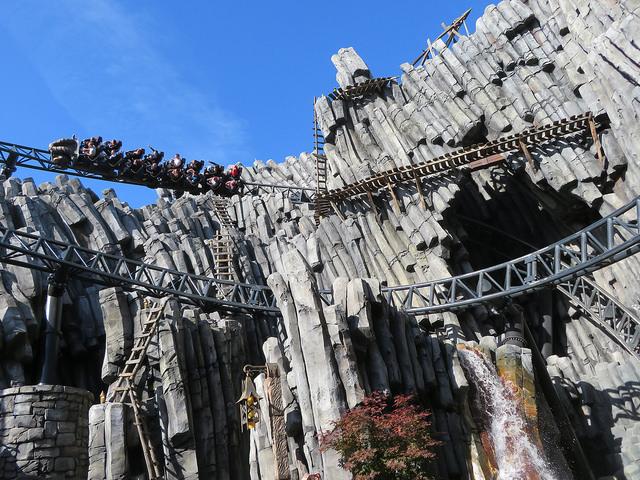 The queue-line starts well but unfortunately goes through to a poorly-decorated cattlepen area, a shame really as all the work building that immersion into the area is lost the moment you enter that.

Queue aside, you enter the station, board the train and the launch audio kicks in… following a short corner you’re launched forcefully into an overbank, followed by an incredible airtime hill (it looks tame but is crazy!) and a sharp turn then snap to the right; following a few more meandering turns, you’re dropped down into the second launch which is INCREDIBLE. 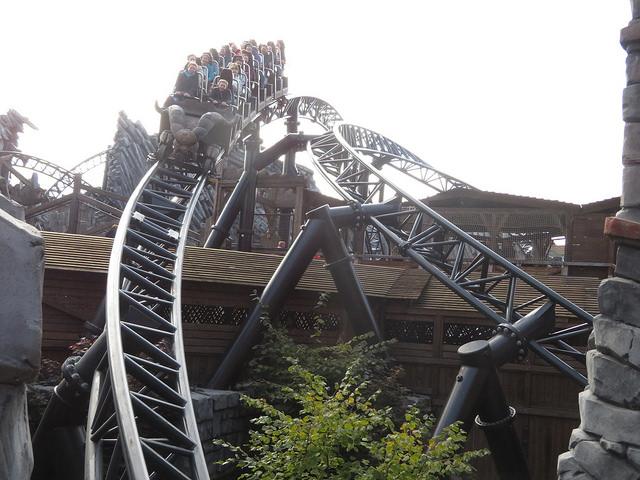 The surrounding walls and nearby theming adds to the sensation of speed as you enter the second launch, and the sound is just amazing… following this you’re thrown up (getting splashed slightly by the waterfall if you’re on the left) and into a fantastic second half; it has all the qualities of the first and more, with closer interactions with the theming, sharper transitions and some very forceful turns.  The only criticism I have is the trim brakes on the final airtime hills. 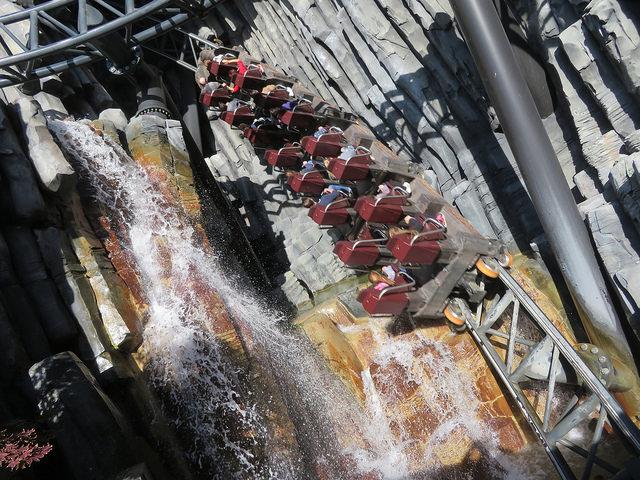 Overall, Taron is an absolutely spectacular roller coaster.  I actually like the fact that it isn’t flat-out intense all the way through, with some of the turns offering breathers before you enter the next section.  The theming is incredible for the most part, audio is fantastic and the coaster holds its own and would be amazing even without everything else.  10/10.

A very fun B&M invert, again the theming is incredible and some of the near-misses are terrifying, I’d go as far to say it’s the most effective use of near-miss elements I’ve ever seen on a coaster. 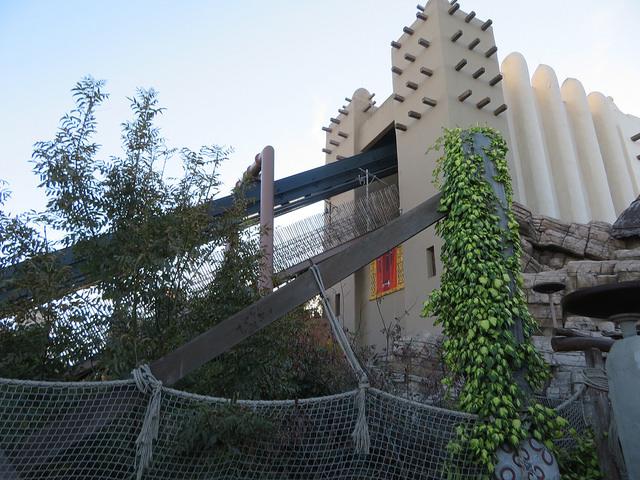 I really enjoyed not knowing where the layout was going next due to all the theming, and the spiral section at the end adds a lot to the ride IMO. 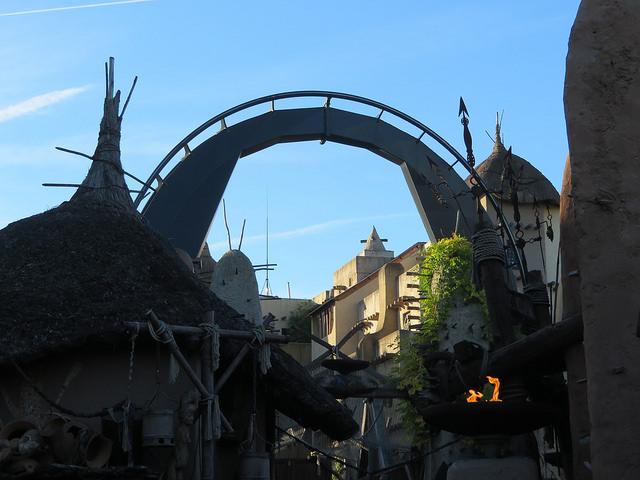 The queue line and station are very atmospheric, with the station area being in near-darkness until the train enters the station.

A fantastic log flume, I loved the catchy music and it’s clear the ride system is very smart and manages to do a lot very efficiently. 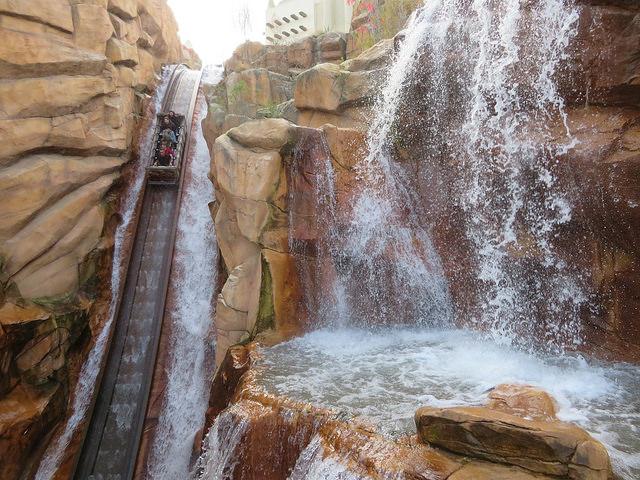 Much like everything else the theming/landscaping is just incredible, walking over the bridge with the drop on one side and the splashdown on the other feels quite surreal with all the decoration. 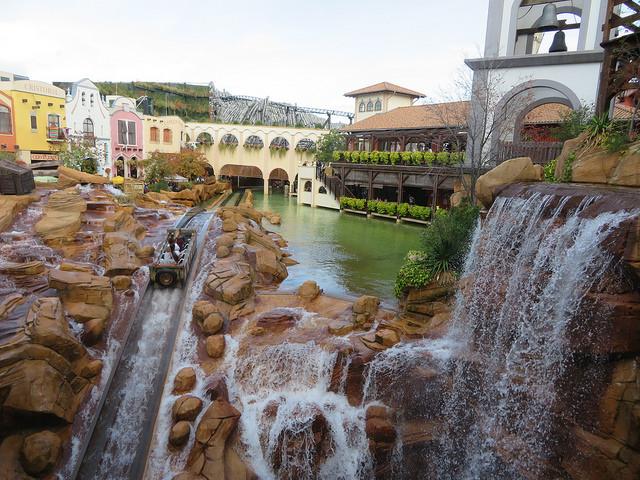 River Quest is absolutely insane, having not done much research my reaction upon exiting the elevator and seeing what followed was basically, what the...?!

Good ride, came off drenched, only downside was the capacity issues.

How haven’t I heard about these before?  They look like standard Maurer spinners in a building on first approach, but caught me completely off guard with all the surprises.  Absolutely excellent coasters. 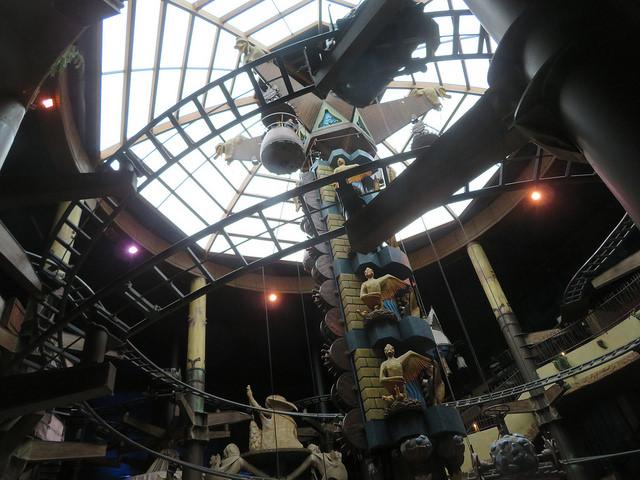 Mystery Castle is absolutely amazing IMO, the queue theming is stunning but the ride itself is just so much fun, without ruining too much I’ll just say it’s become my favourite drop tower ride by a country mile. 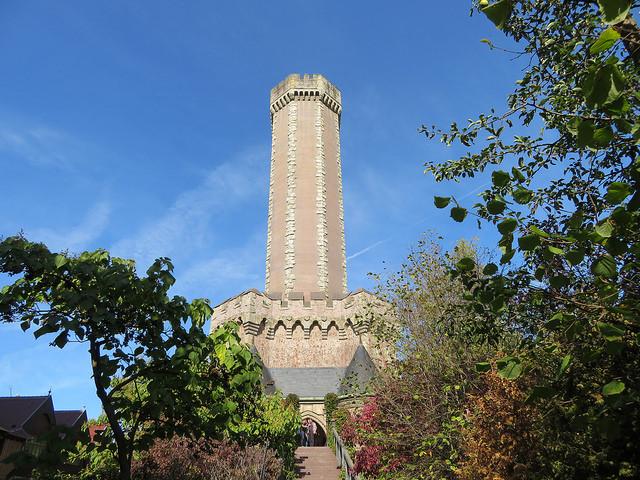 Talocan is a topspin, but with the added thematics it's transformed into a really good experience; with the audio, fire and water, it feels more like watching a show from off ride! 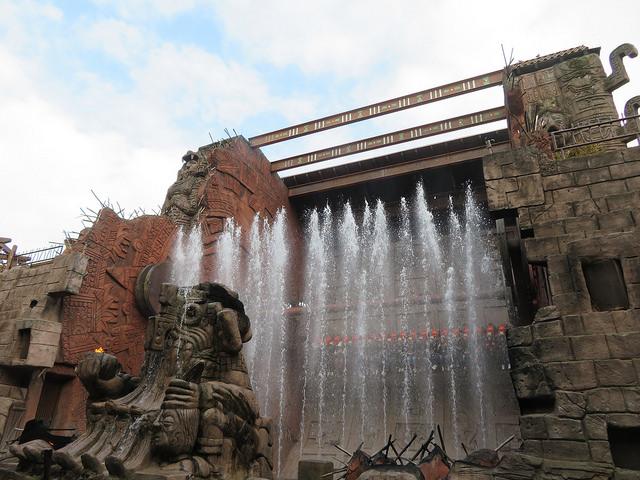 Colorado Adventure is decent enough, the pitch-black section was fun and the capacity excellent. 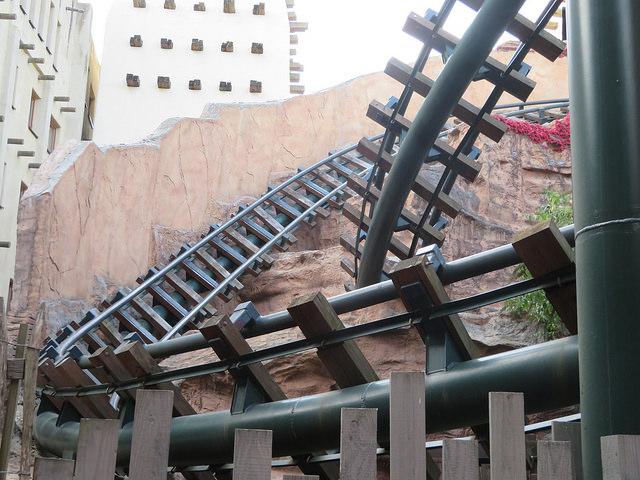 Raik is okay, but much more about the theme than the ride experience itself IMO.

Temple of the Nighthawk – how can you do so little in so much time?

May be an unpopular opinion, but I really enjoyed the dark rides Geister Rikscha and Hollywood Tour – definitely in the “so bad, it’s good” category but IMO parks need rides like this to fill a gap, and they were great examples of how dark rides used to be. 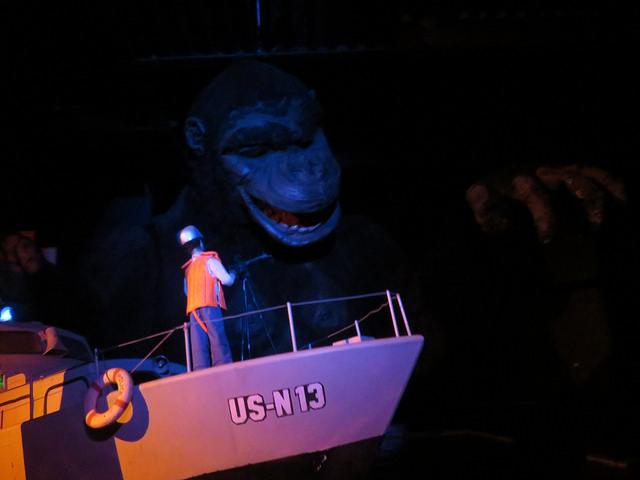 Overall, I thoroughly enjoyed Phantasialand, from the rides themselves, theming and of course the way the park treated us, it has instantly become my number 2 park. 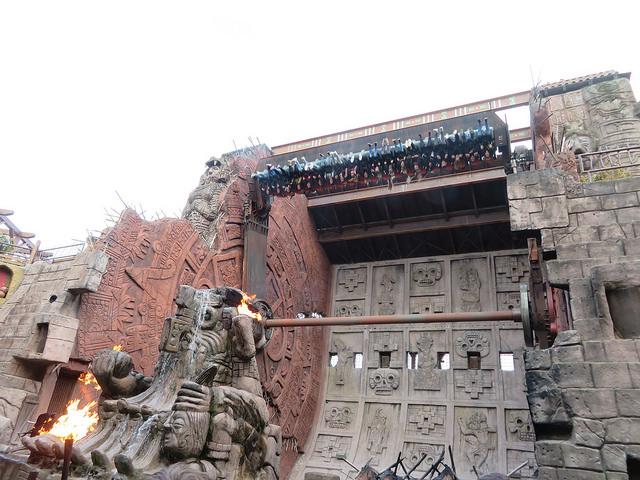 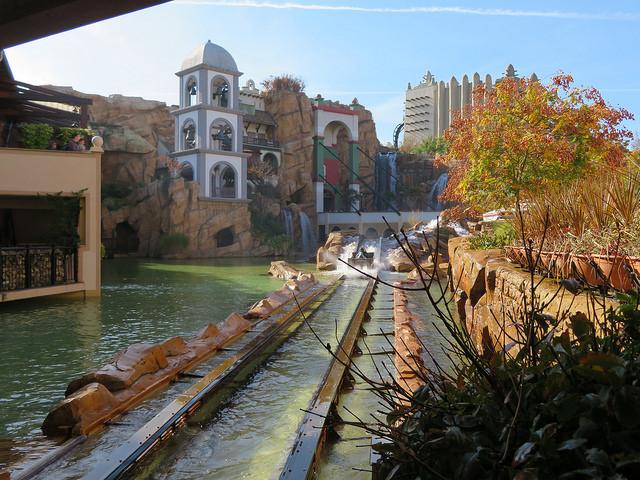 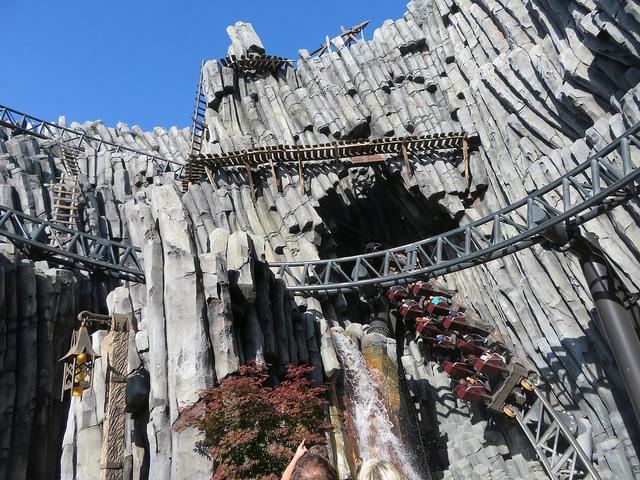 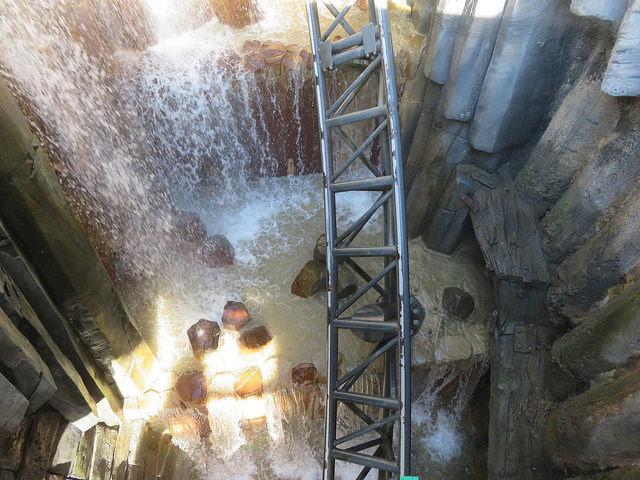 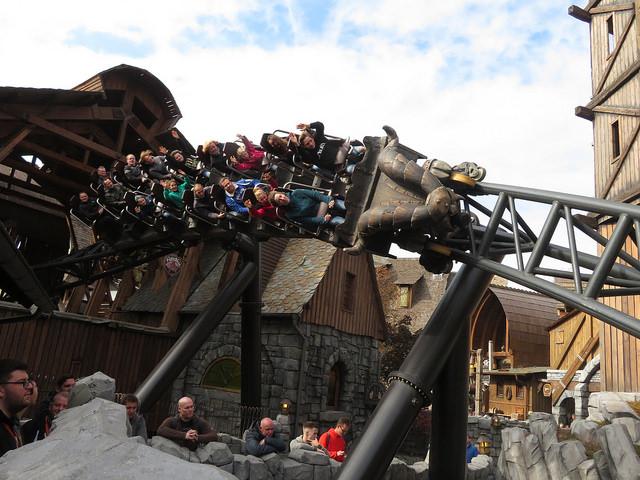 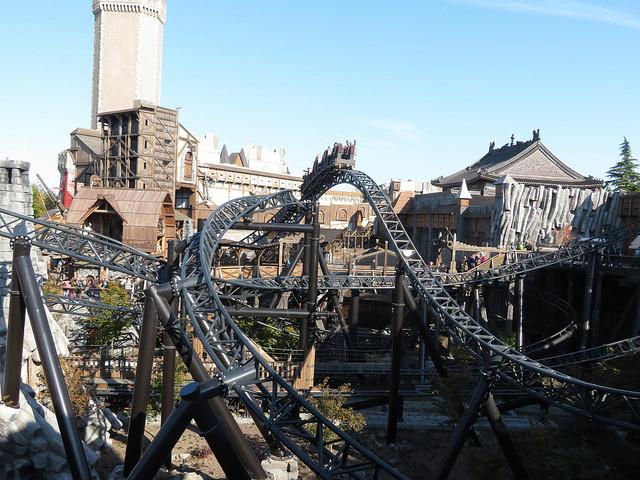 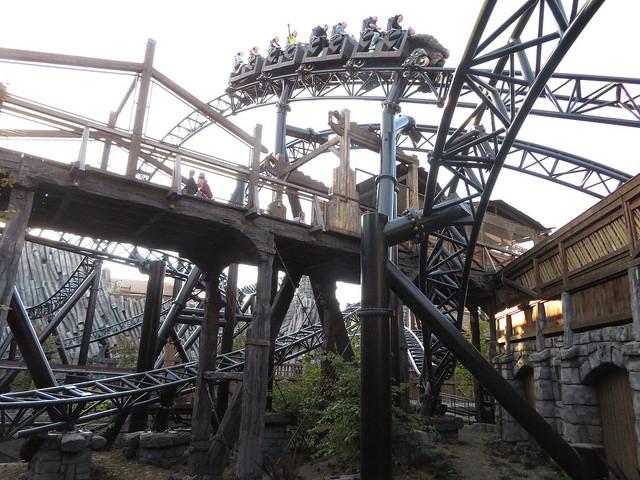 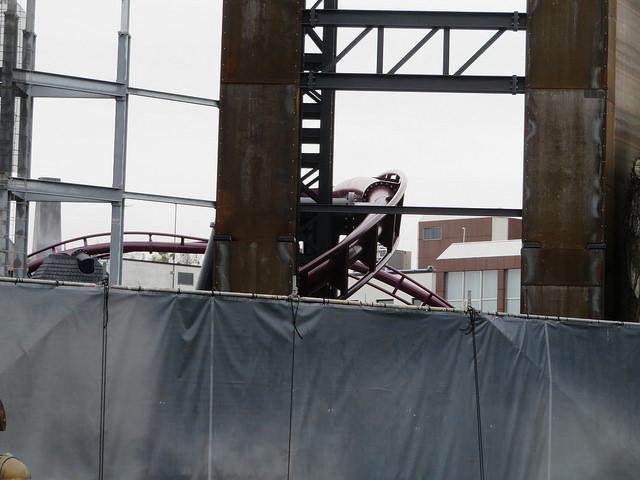 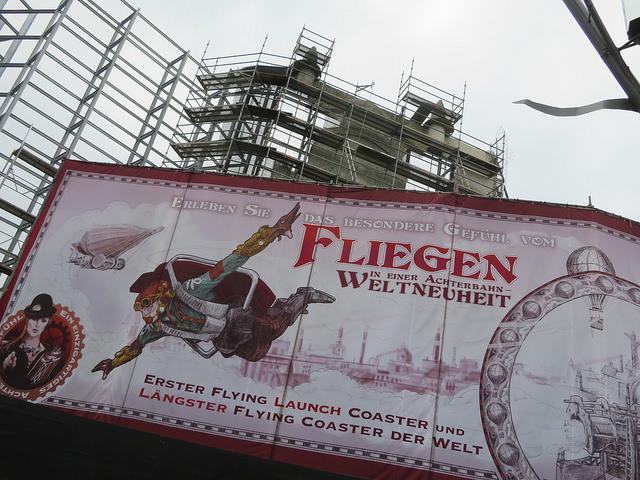