Last week, I visited Movie Park for their Halloween event: the 21st anniversary of their Horror Fest.  The park has 8 mazes, 4 scare zones and a variety of other things to bolster the number of attractions up to 19, with the park claiming the event to be the biggest Halloween event in Europe. We visited the park on Thursday, hoping it would be quiet: the park is open 10am-10pm for Horror Fest, with most Halloween attractions opening at 6pm and closing at 9.30pm. So it was a LOT to do. So, without further ado, let's get to it (with light SPOILERS)...

The park's year-round upcharge horror maze, and it turns out this year is its last year. I did it on my previous visit in 2017, and didn't rate it much. As it was still upcharge, I skipped it, but I hear it hasn't changed, so I probably wouldn't have enjoyed it any more.

From here, it's worth pointing out how the park's mazes work. The standard setting is that they let groups of 20 in every 60-90 seconds, are free flow and don't allow touching. There's a couple of exceptions which I'll point out when I get to them. All of their mazes have age restrictions, which varied from maze to maze, and these are enforced strictly: they DO do ID checks! 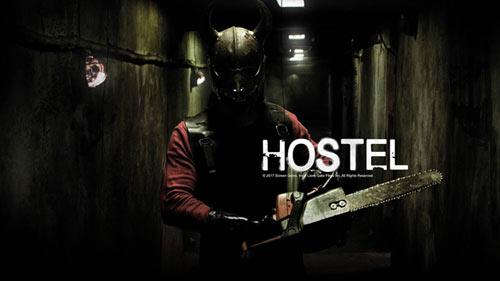 Themed around the Hostel series (more specifically, the first film), and rated 18+, this is the park's goriest maze. It starts off with a tour round Amsterdam - you even walk through the Red Light District, which once upon a time had screens showing some, ahem, rather explicit sex scenes on them, but alas no more. And the maze continues quite happily for the next few scenes, with a party atmosphere and everything seeming happy; the actors do nothing to scare you. But, like the film, it takes a very sudden, very dark twist. Scares come thick and fast, with very gruesome scenes all around you, and plenty of actors in every direction.

The finale sees the group locked in a large white room stained with blood, with speakers blaring out chainsaw noises, and the room flashing between pitch black and red lights. It was a solid maze ending, though it felt like it needed an actor with a chainsaw in there to really amplify it. A shame, but still a very strong maze! 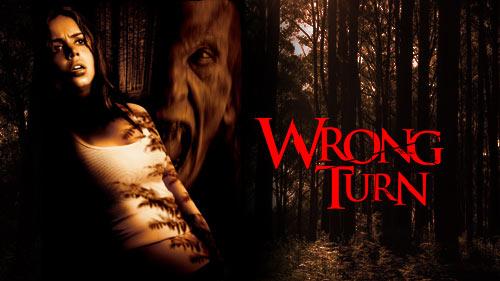 This is the park's upcharge Halloween attraction, at 5 Euros a ticket, and you go through in groups of 6, and is also based off the Wrong Turn series of films. And it also won Best European Scare Attraction at this year's ScareCON award ceremony. This also uses Haunted Lantern (like Skin Snatchers at Alton Towers), but literally gives the group a lantern rather than a helmet. The maze is based in trough of the park's old Ice Age dark water ride, and likely makes use of a lot of the old scenery from the ride.

Following 2 pre shows (which I didn't really understand because they were all in German with no way of offering English translations), the maze begins. Being in the trough, the actors regularly positioned themselves above you to get really good jump scares. There were some awesome effects around too, and some clever pieces of misdirection to add to the scares. The end was quite chaotic, with loads of actors and a huge sparkler / firework style effect as well which caught me off guard.

My main issue with Wrong Turn is that, because it has such a huge space to work with, is that it sometimes felt a little too open and that you were a little too removed from the sets at times. This meant the maze felt like it was missing that final ingredient to make it truly exceptional. But it was still fantastic for the most part and I really enjoyed it.

The park's final IP-based scare attraction. Amazingly, this is located underneath the seating area for the park's stunt show, which was a great use of space! Unsurprisingly, the idea of the maze was to be creepy and build up suspense to try and get scares that way. It also made use of lots of big open sets to build tension as well.

For me, it was a bit hit and miss. There were some unsettling and creepy moments, but these didn't last long, and often the actors took away from the atmosphere. This is a maze which would benefit from less (visible) actors, but instead has quite a lot, making it difficult to truly capitalise on the atmosphere. A shame, but a good effort.

An outdoor clown maze - a set up with a lot of potential. However, this missed the mark. The maze felt a lot like the outdoor sections of Do or Die (things draped over fences), although better themed in fairness. There was some good bits and nice bits of humour (and a nicely executed animal area with gorilla costumes and the like), but ultimately this was one of the weaker clown mazes I've done in my time. And when compared with the quality of the park's other mazes, it really does miss the mark.

This is a maze crying out to be a Chop Shop style maze but, surprisingly, it wasn't! This was some weird beauty development laboratory that had gone rogue and cut people up instead..or something. It was nicely themed and had some good set pieces, and a couple of nice jump scares.

The ending was a real highlight of the maze. It took place in two rooms with incredible dense smoke (you literally couldn't see more than 30cm in front of you), with actors then appearing out of nowhere. It was confusing and clever and just really worked!

Another outdoor maze, but taking place in the woods. Very Blair Witch esque in story, but a lot more open and with more 'actual' theming. It wasn't exactly memorable either. A couple of neat special effects but nothing exciting or special. It's worth pointing out this is rated 12+ (and is the only maze with such a low rating, as all others are 16+ or 18+), so I guess it isn't designed to be scary, but it's a shame there wasn't more to this. 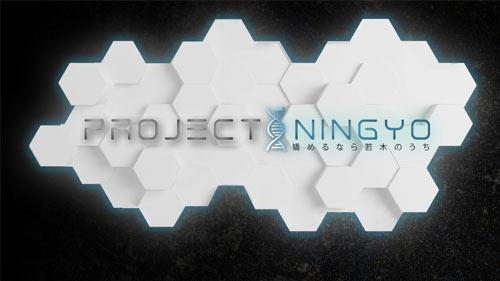 The park's big new thing for the year is Project Ningyo, and replaces a previous maze: Deathpital. They made a big deal out of this: this was the only maze where Fastrack was available (at 10 Euro a pop!) and was the only maze where actors were allowed to touch you. This was also the maze with - by far! - the longest queue, at 50 minutes. We realised this was because of a terrible batching system: the maze takes place in a build the other side of a service road; groups of people are batched to the service road every 5 minutes, but these groups were usually cleared in like 2 minutes, leaving long periods of time where no one was entering the maze!

Anyways, onto the maze itself. It starts off with your group of 20 being given a guided tour of a medical facility which (from what I understood) was dedicated to creating a serum to make people happy. You're guided into a room all together and locked in. An actor in a hazmat suit appears from the other side and gets you out, and you then walk through the carnage of what's behind the scenes at the facility. There's some nice theming, and some good smells (in particular, there was an animal testing scene which really smelt of rabbit poo!), but there just wasn't enough substance. Despite there being a lot of actors, it still didn't feel like enough, and the scares were just non-existent. The touching was effectively 'medical staff' frantically trying to guide you along and out of the way of danger, which I always find dull.

In general, the maze was rather lacklustre, my least favourite of the night. A shame really, but hopefully it'll continue to grow.

The park had four scare zones, which actually covered the majority of the park (the kids area, Nickland, is a "monster free" zone). Sadly, only one of them felt defined, so it made it difficult to understand what exactly was going on.

Acid Rain: Some sort of nuclear apocalypse area, with sirens going off and a variety of weird stuff.

Fear Pier: No mazes round here so never actually got a chance to go there.

Apparently all the actors in the scare zone are just given an individual budget and a loose story to stick to, and they then get to create their own costume. Really gives them ownership, but definitely adds to the disjointed feel. All the actors in the zones did 'roam' very well though, and many had shovels to bash against ground for jump scares, which was different to say the least!

-The park apparently transform their drop tower into something scarier at night time. All we saw was a flashing light. Yay?

-There's a hypnosis show which we didn't see.

-New for this year was an IT 4D experience - basically highlights of the IT Chapter 1 converted into 3D with your standard 4D effects. Solid 20 minute show which was fun.

There's also a closing show, which was originally meant to be fireworks, lasers and fire, along with a video playing on the screen in the entrance plaza. Due to noise complaints, the firework aspect of the show had been cancelled when I was there. The show itself was pretty neat (the lasers were cool!), but it's fair to say that fireworks would have added to it. I hope that they can find a way round it!

So all in all, Halloween Horror Fest is a very solid, very full Halloween event. It's not something I'd go out of my way to do again, but it's got a lot of positives going for it, and the headline mazes really are something. There's clearly a lot of thought put into all the mazes and what level they should be at too. Hopefully some of my experiences were just bad runs rather than the norm, and I'm intrigued to see how the event develops over the next few years!