Now 2019 is far from my best and favourite year of Halloween. I haven’t visited as many attractions this year, due to numerous commitments and setbacks unexpectedly happening to me lately. However I’ve tried to enjoy and make the best of what I have been able to do.
Fright Nights 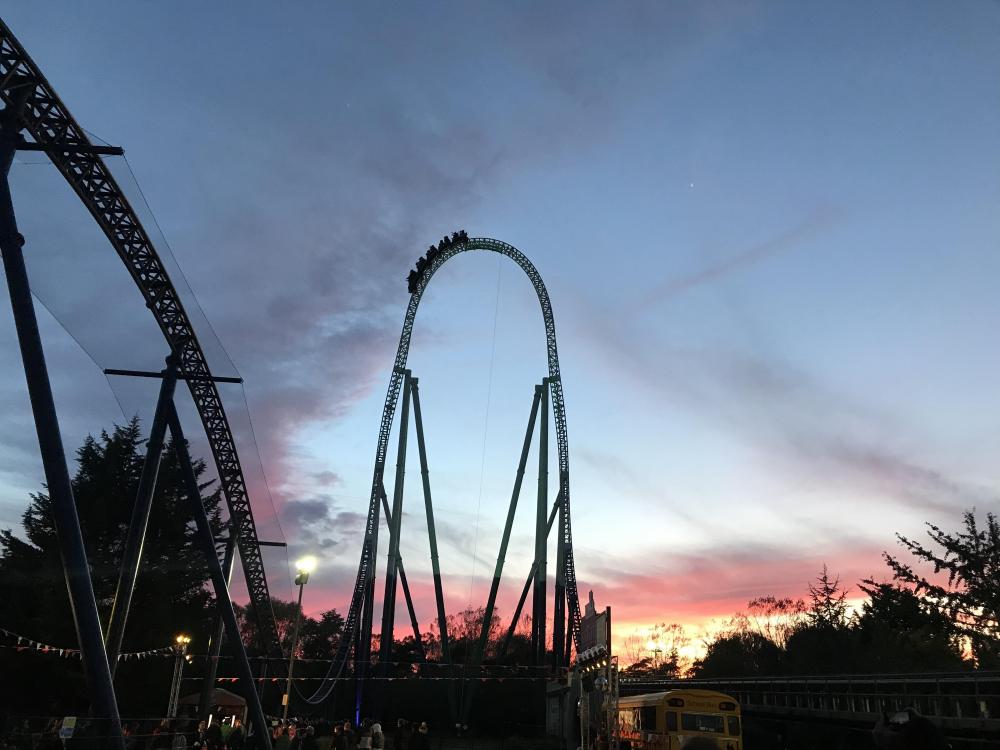 Last year’s event was something of a travesty. Lots of attractions, but absolutely nothing to note about quality. Blair Witch was probably the least terrible maze there. 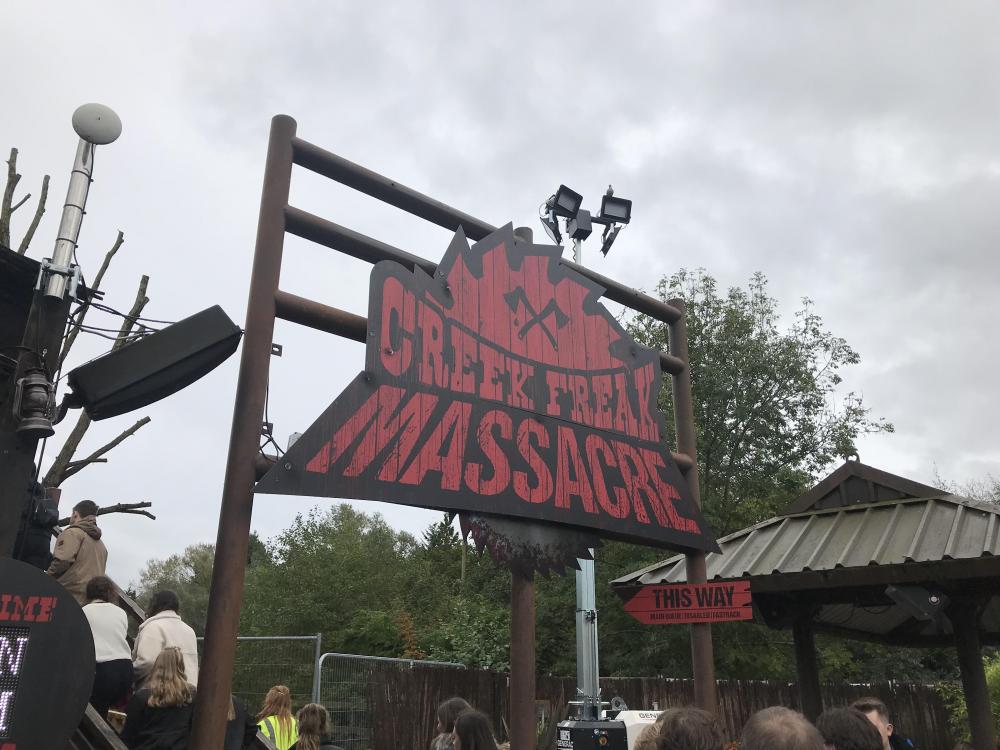 This year the event was a noticeable improvement. Creek Freek is easily the best maze of the event. It’s pacing, set design and length seem to fit it perfectly, easily making it the best maze the event has seen for years, which probably isn’t easy to be fair. Platform 15 was surprisingly good and I love the new ending they have for it. Terror At Amity High makes a great change from just scare-mazes and I hope this continues. 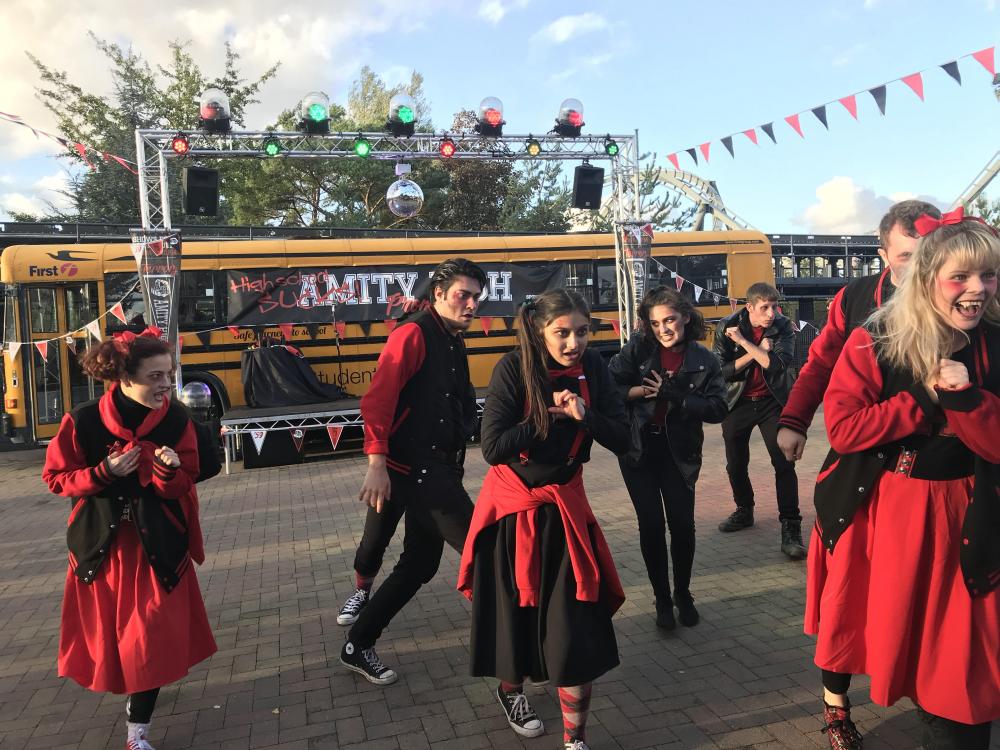 The event was mostly enjoyable but there is still way to go, before we start getting onto the lines of previous years. Atmosphere seemed to be lacking and a need for better parkwide lighting and audio are definitely required. Whatsmore seeing Saw Alive delapidated didn’t help either as that’s yet another abandoned attraction. Living Nightmare is already getting stale besides it’s reasonable set design.
Liseberg Halloween/ 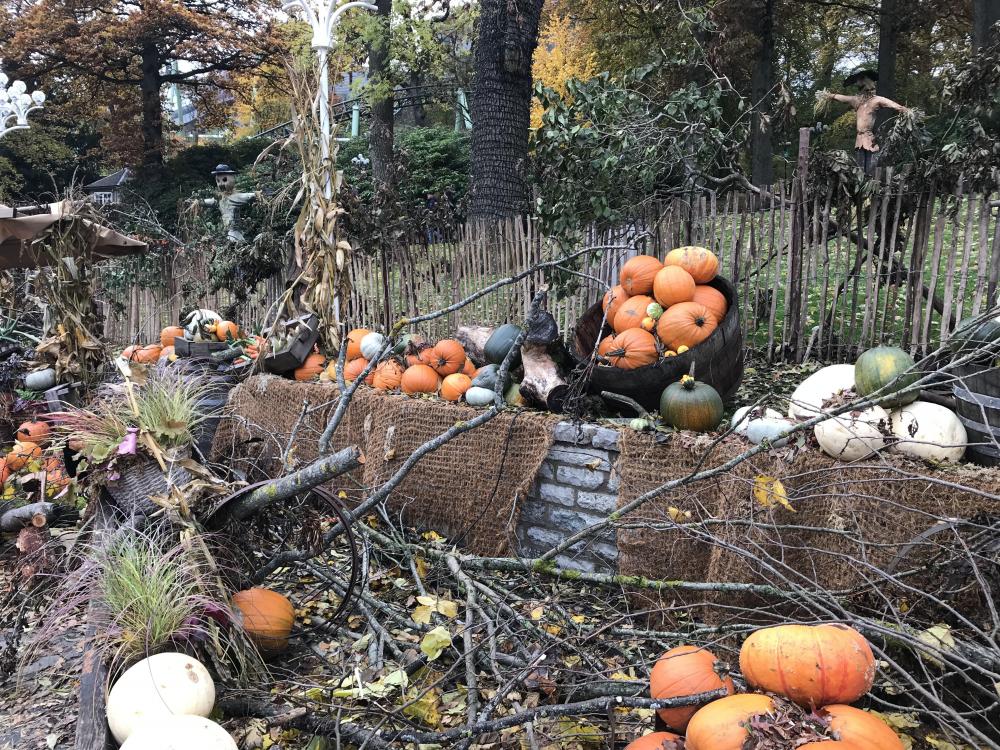 I had always wanted to go to Liseberg’s Halloween event, and this year seemed to be the best year to go. The park don’t hold off when it comes to decorations, with pumpkins and other bits of spooky theming scattered throughout. The cheesy entrance tunes are also thrown out for some catchy spooky tunes! 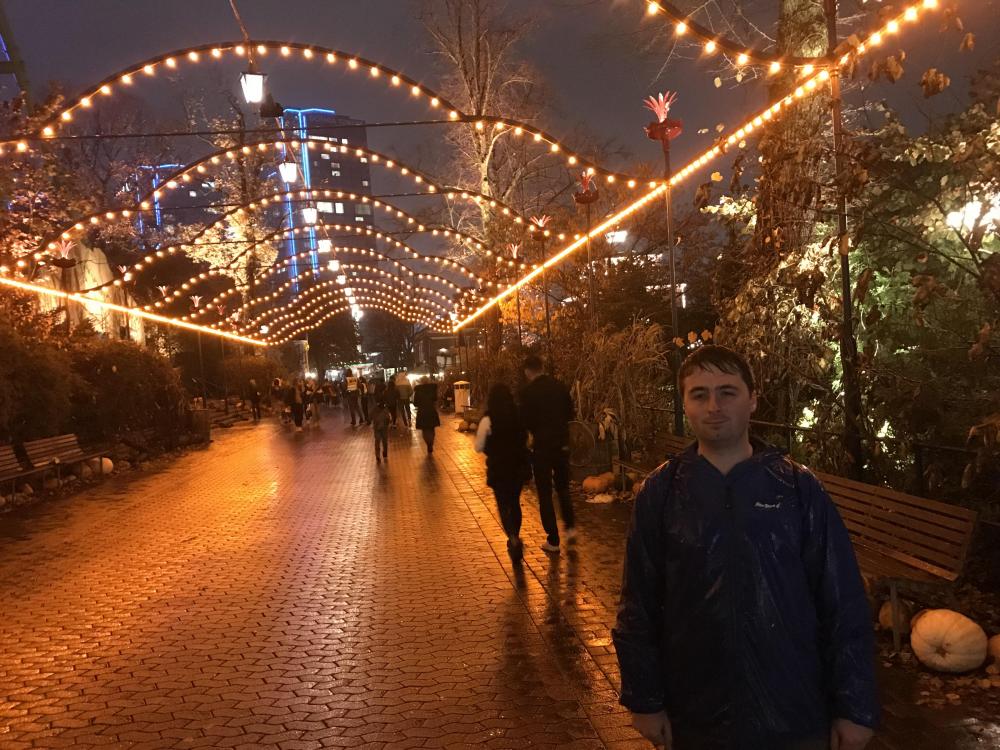 There were five mazes and two scare zones. I got to six of those. The scare zones were quite impressive, by utilising not only scare actors, but set pieces they can interact with as you pass by. Some of the reactions from others were simply priceless. 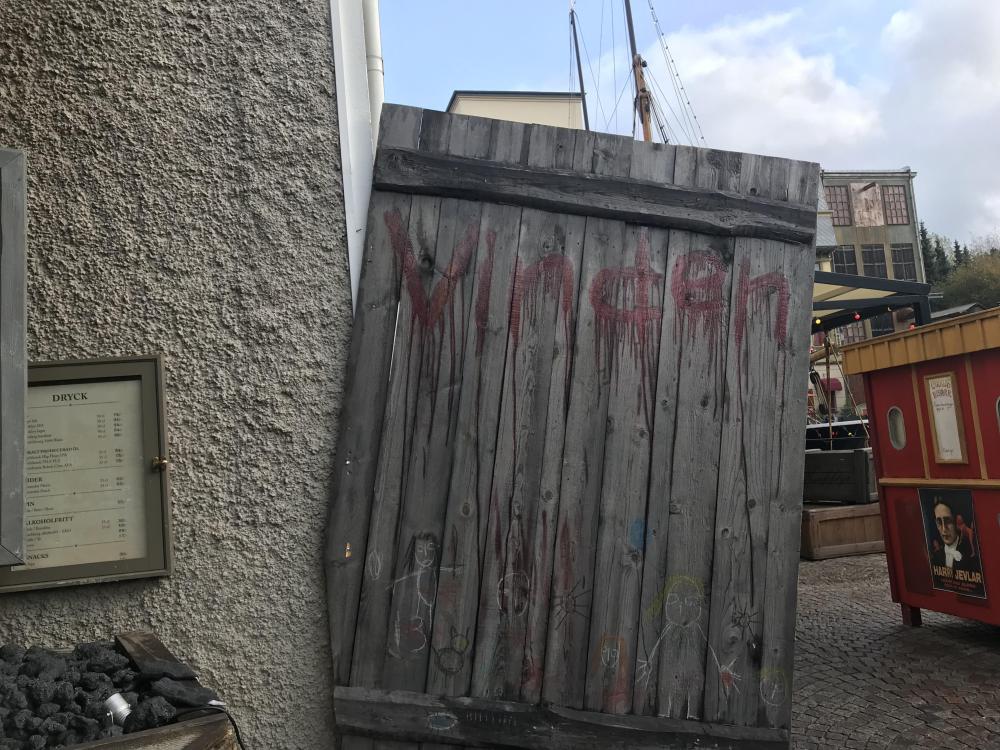 The mazes were scattered around reasonably, with Vinden near the marquee, Skogen just off the entrance, Zombie next to Balder and The Experiment between Helix and the big wheel. Vinden was my favourite, as you went up an elevator into a building (presumably unused staff areas) and get bombarded with numerous scenes including a power area and other industrial areas. The Zombie maze was surprisingly good and really built up tension as you went around the maze. The use of Bill Wither’s Lovely Day really sets the scene well. The Experiment was probably the weakest maze, but still really well done and good use of the Atmosphere queue line. The ride was closed with the rapids.
The park’s permanent scare attraction Hotel Gasten featured some more spooky touch ups and still proves to be an excellent scare attraction amongst it’s immaculate set design. The park sure does look spooky at night with it’s lighting and features Halloween attractions for a calibre of ages. 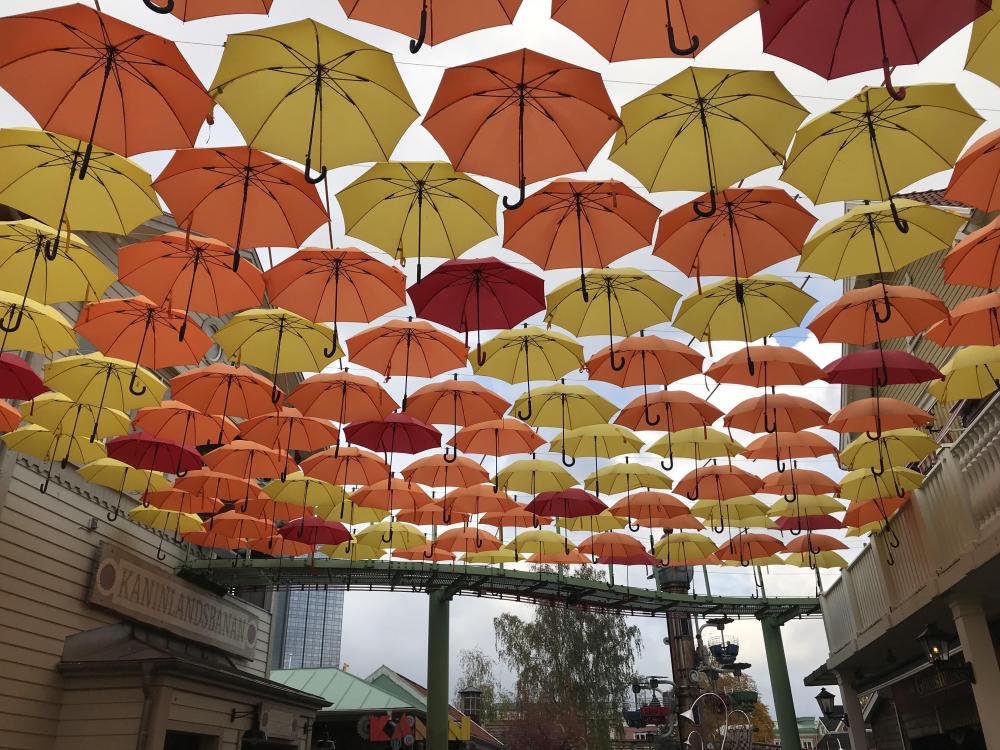 It was great to get back on the park’s attractions after so long too. Balder is just relentless and I forgot how phenomenal the airtime is on it. Valkyria is a great addition to the park and is themed to such a great level in this park. It is probably my favourite dive coaster overall. Helix is still great, but I think I’m more Team Taron now. Lisebergbanen is still as fun as ever, even with the new trains. Loke is still my favourite flat ride. The rest are hit and miss. 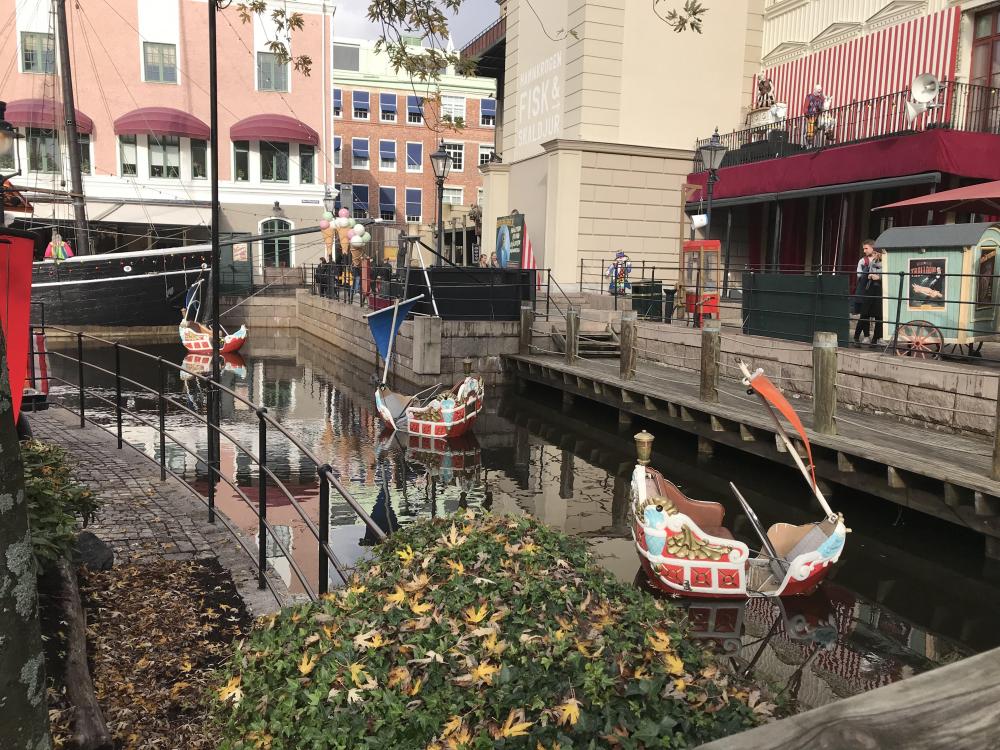 The original Fairy Tale dark ride was removed to makeway for Valkyria. The fairy tale is over and the real world replaces it. If there’s anything scarier than any of these mazes, then it’s riding a scooter, falling off and crashing into a fence leaving you with a braised ankle!
Tulleys Farm Shocktoberfest
Pretty much the finale and final major halloween  event for me. I didn’t visit last year, but am happy to confirm it has retained (if not increased) it’s high standards from last year. 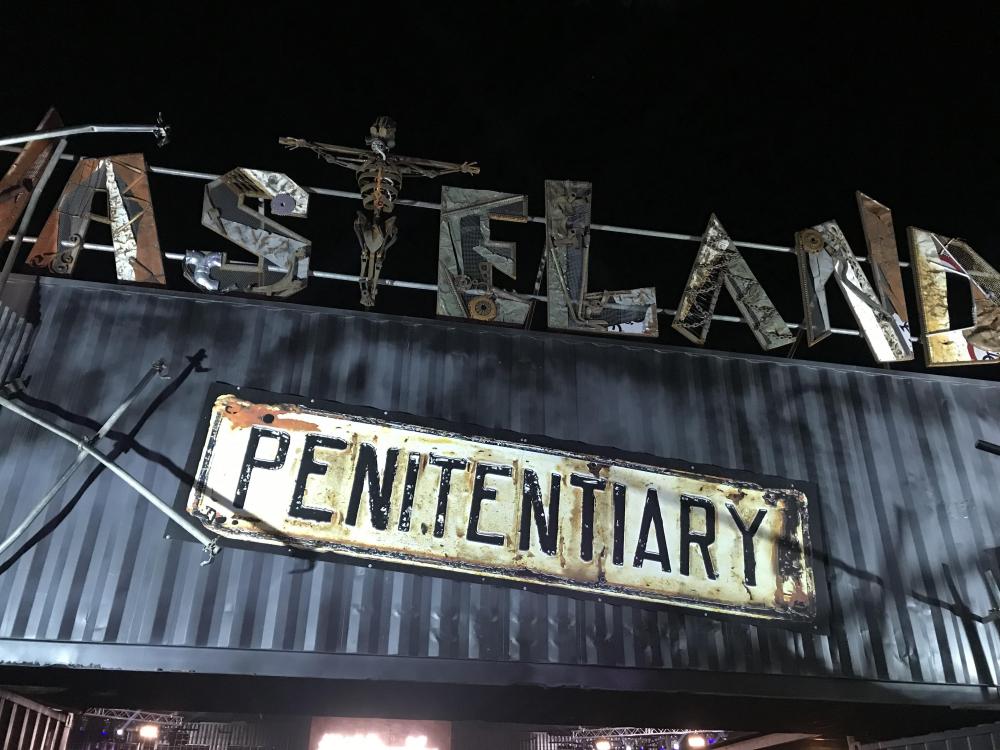 The new Wastelands Maze is simply excellent and by far my favourite maze of the whole event. I love the whole pacing and interaction of the whole maze which works so well. As does it’s occasional outside show. The Wreckening (formerly The Colony) was also very good, although some parts were a little questionable. 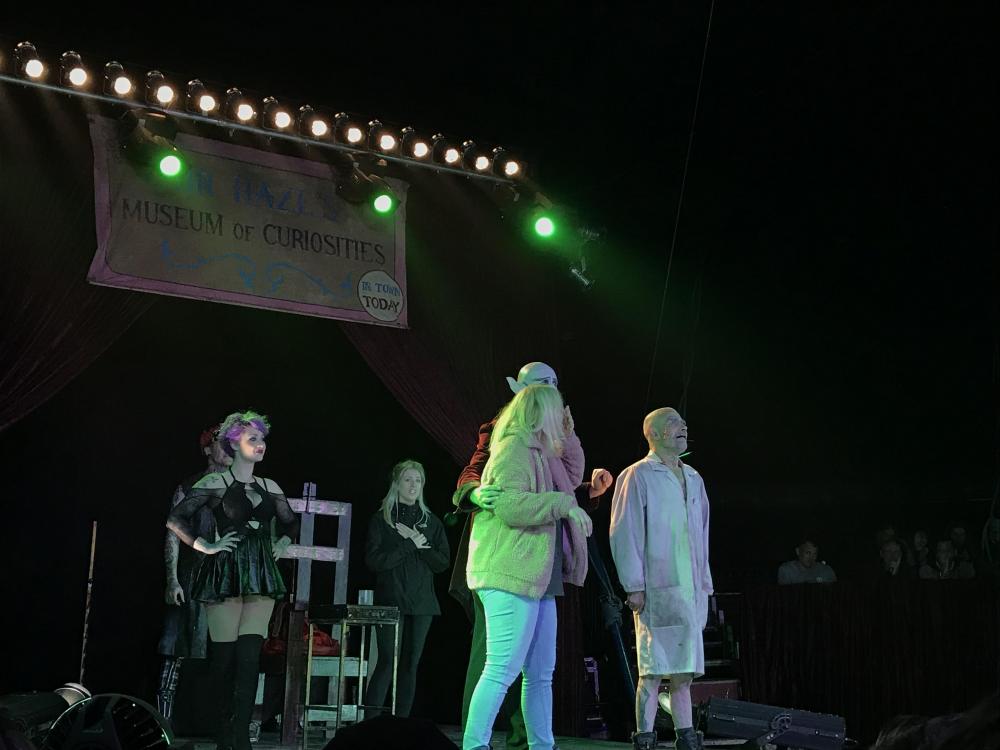 I really enjoyed the other previous mazes such as Twisted Clowns, The Village Coven of 13 and The Cellar. Chop Shop was still an enjoyable contender too and the Hounted Hayride was as great as ever,varying from scary and action packed scenes, to more comical ones such as the crazy nuns at the end. The cowgirl really tried chatting me up on my go, which seemed ironically appropriate. We also saw the Circus Of Horrors show which was both fascinating and gruesome. Not for the faint hearted, although Doyle definitely enjoyed his seat choice! 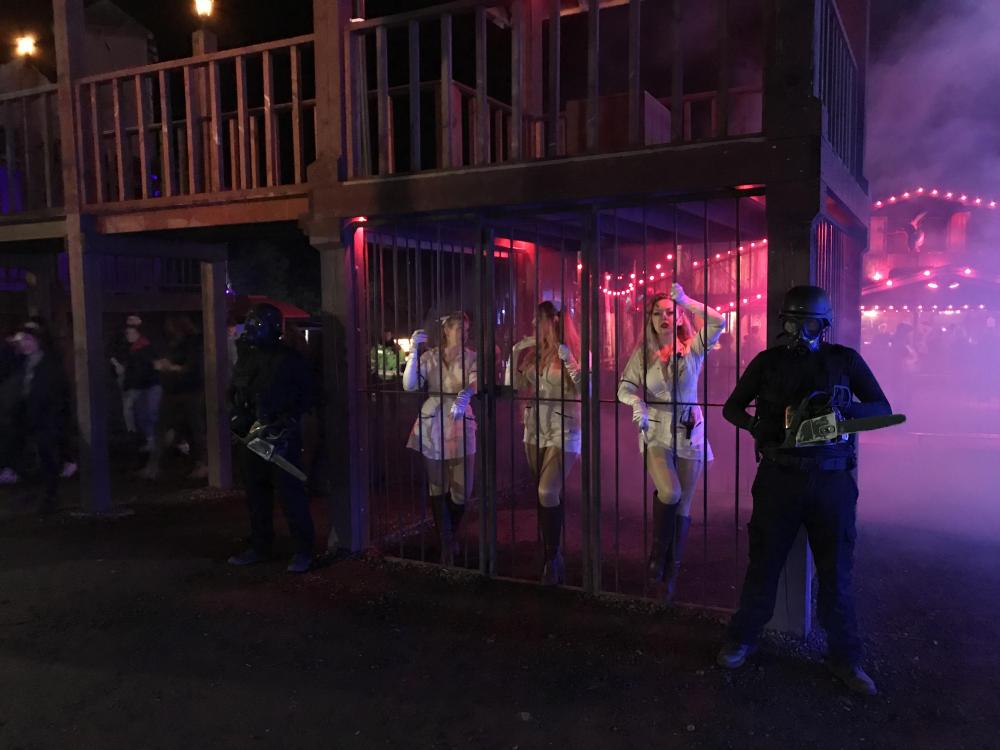 Well that’s it for Halloween 2019. Maybe next years will be more spooky, but we shall have to see, although this year there hasn’t been a single event I have not really disliked. Until next time.
Adios! 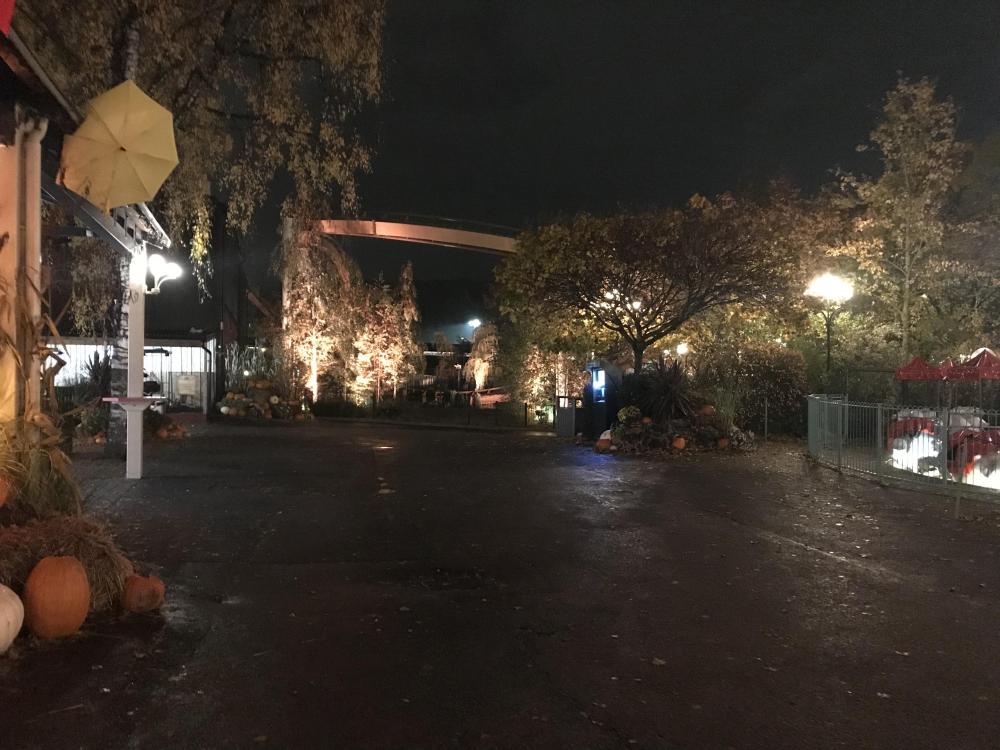