Many enthusiasts boast about Efteling, Europa Park and Phantasialand. This isn’t my quote but it’s true. These parks boast quality attractions, theming and usually lead the way when it comes to innovation.. but what about Asterix?

Parc Asterix is a fair sized “family park” located in Plailly France, just outside of Paris. This place boasts a well rounded diverse selection of attractions and is based off the Asterix comics.

Despite it’s continuation of investments, class rides and relatively) easy location, why is it this park seems comparatively forgotten about, especially in the UK? Perhaps having a bigger fish nearby (Disneyland Paris) doesn’t help but that can’t be the only reason.
It is here that I will explain why I consider this park to be underrated and why it should be somewhere everyone should try and visit amongst the other great parks around in Europe.
Getting There/
Parc Asterix is relatively easy to get to, as long as you know what you are doing. We flew with EasyJet to Paris Charles De Gaulle from Gatwick, although they fly from Luton and Stanstead as well (at the time of writing).
You will need to get to terminal 3, where the Parc shuttle goes from unless you are using a taxi or hire car. You may need to get a (free) shuttle train.
You buy the ticket before boarding at the ticket office. Return tickets are available. The bus goes approximately every 30 minutes with the journey taking around 20 minutes. A bit like going from Heathrow to Thorpe if they ran a bus service. 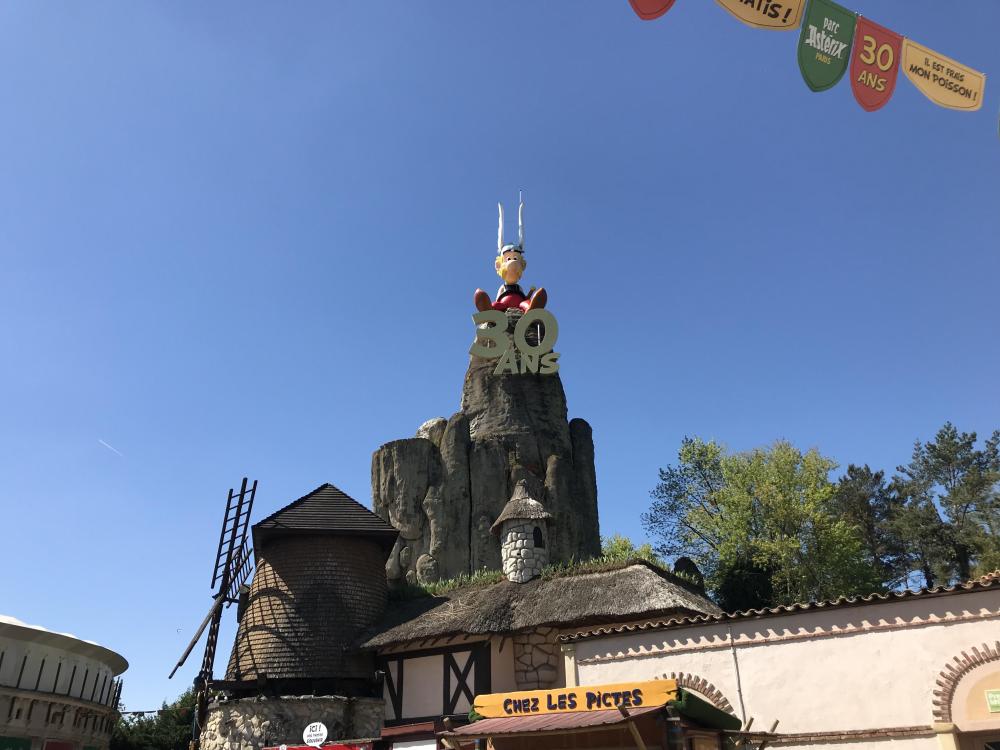 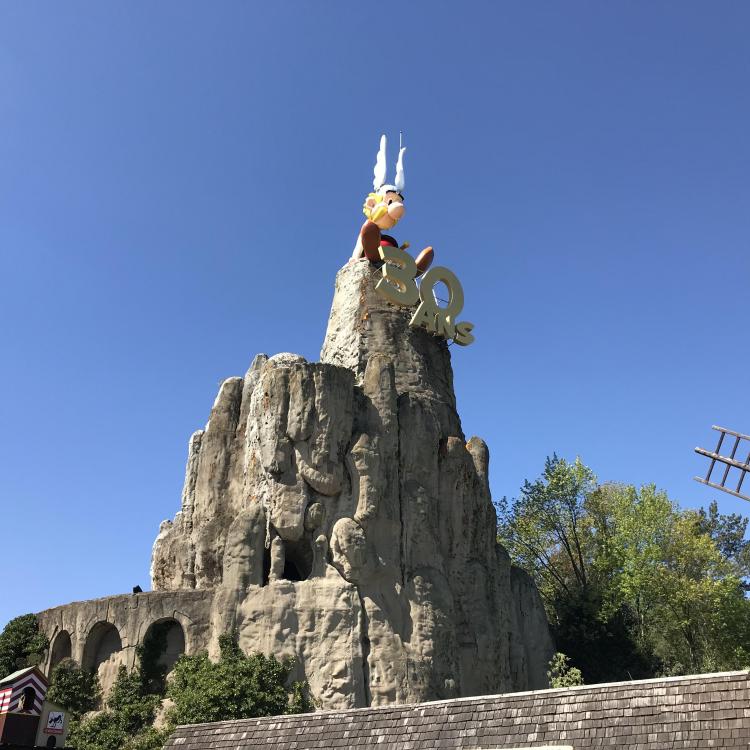 After the usual security checks etc. You are in the park and are greeted upon this beautiful street (name£). One of the striking features is Asterix at the top of the mountain which makes for a perfect entrance. Like the Towers in Towersreet or the La Chateau bois Dormant in Disneyland Paris. 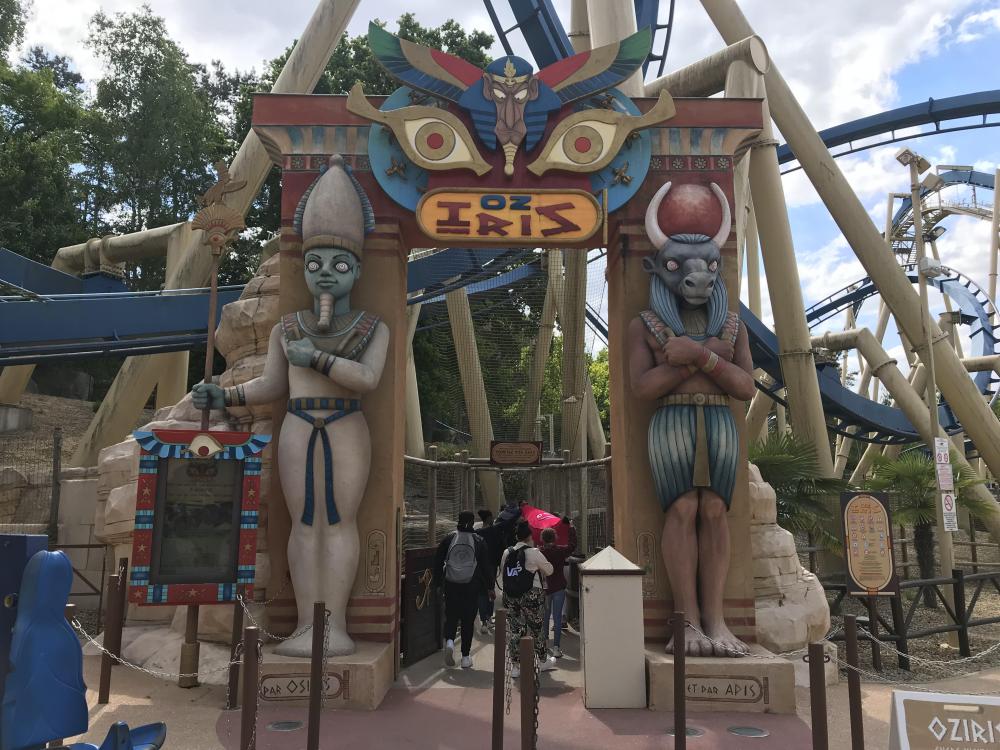 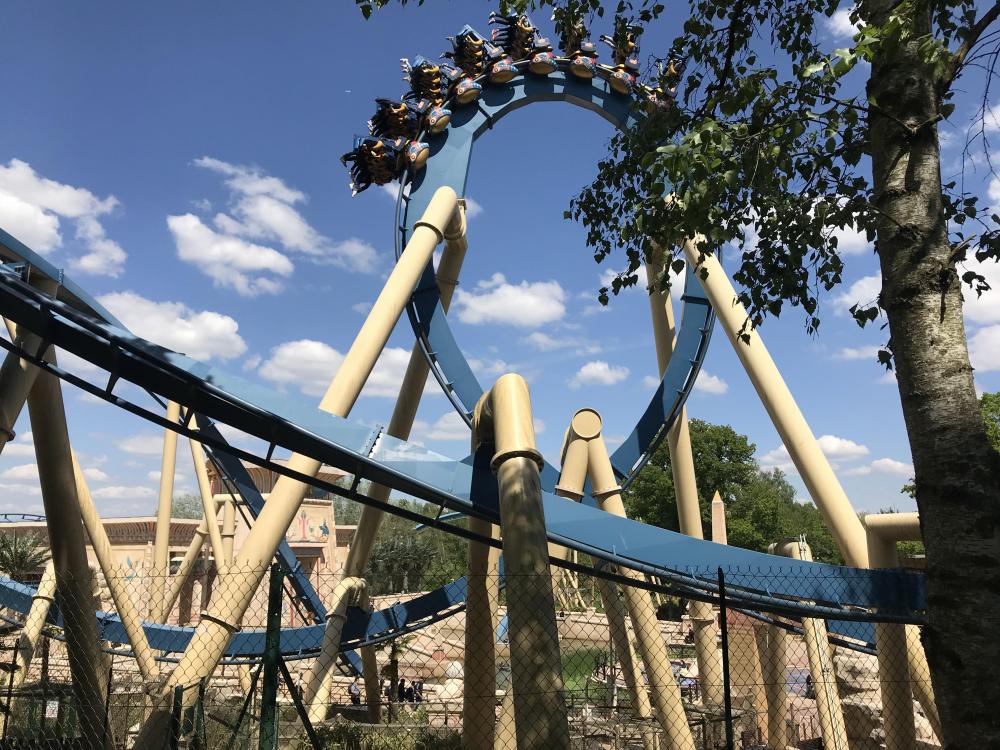 One of the main draws to the park is Oziris, a B&M invert coaster. Built in 2012 and located towards the north/east of the park, this coaster certainly pulls in punch, delivering a forceful and talentless circuit with some variations from your traditional invert, 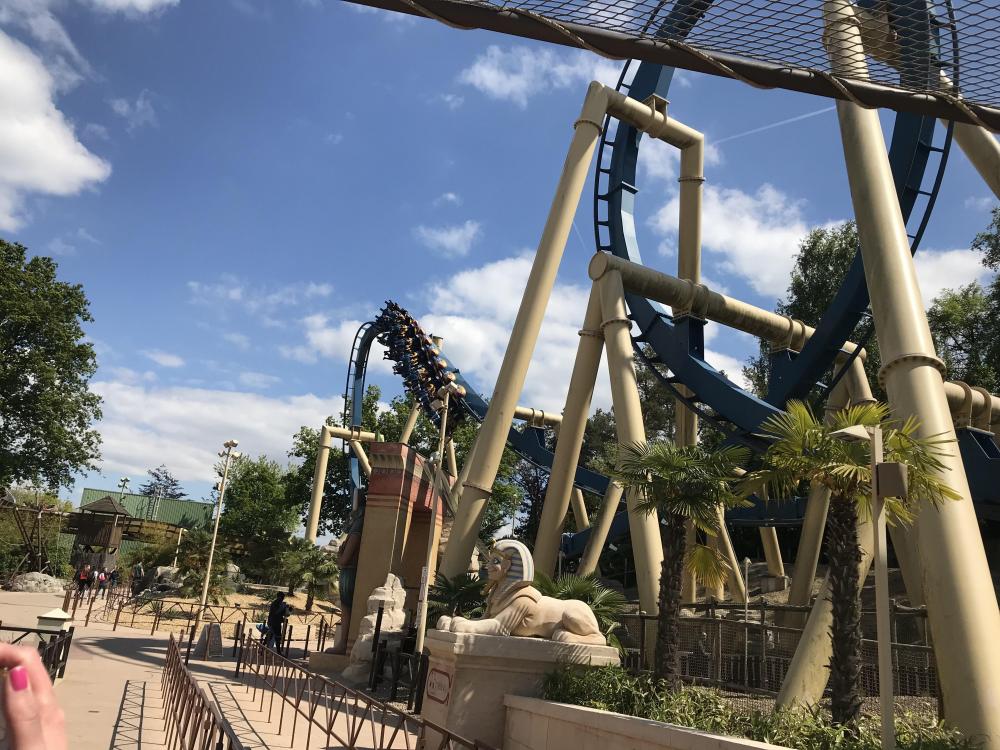 I can easily say this is my favourite B&M which packs some incredible forces even in the middle rows. It’s also pretty to look at and looks comparatively better than some B&Ms the same age. 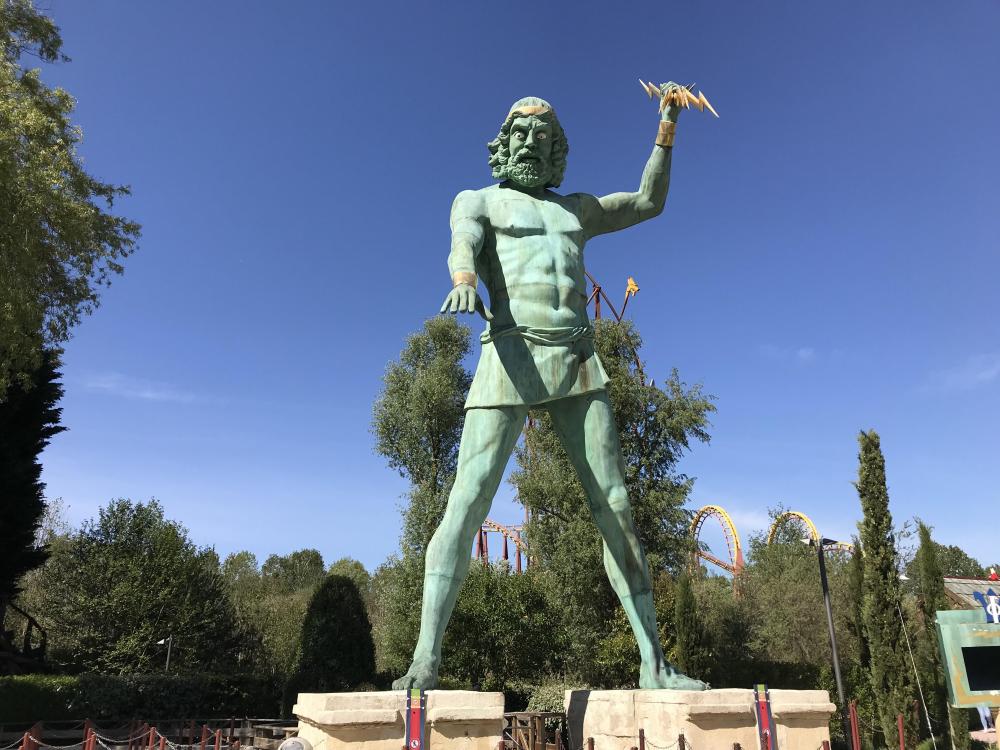 Tonnere De Zeus is an old-school modern woodie in the sense it pre-dates the likes of Wodan and Wickerman, but is still newer than your classics. 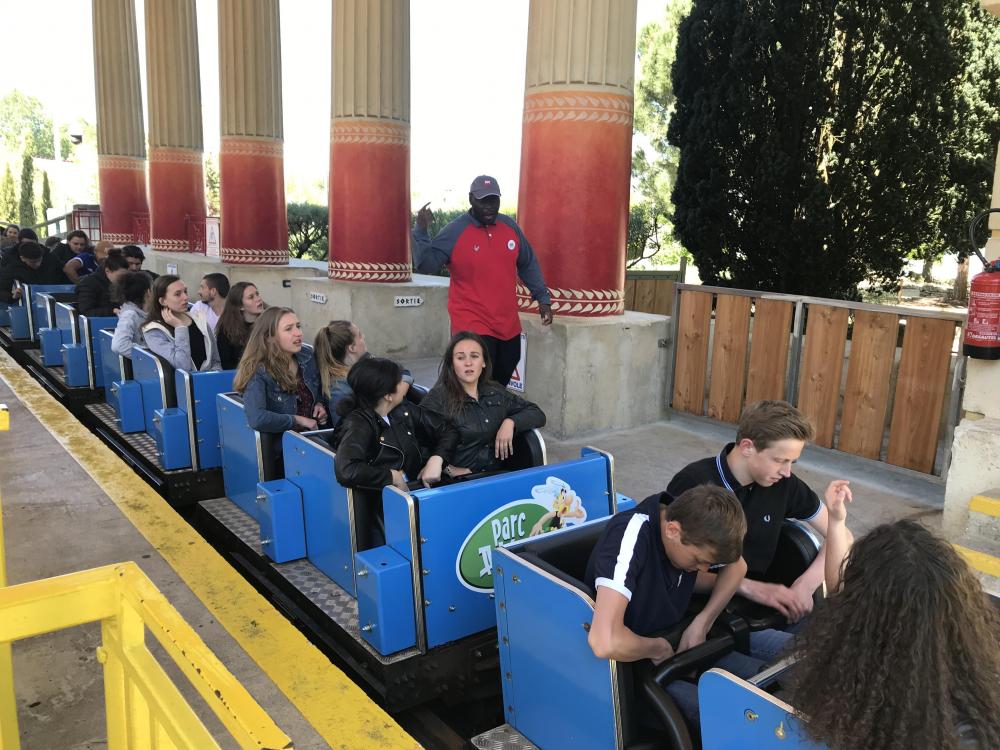 I won’t deny this isn’t my top woodie, but it still packs a punch and is still an amazing ride. They are gradually retracking, so when this is finished the ride will probably be slightly better too. 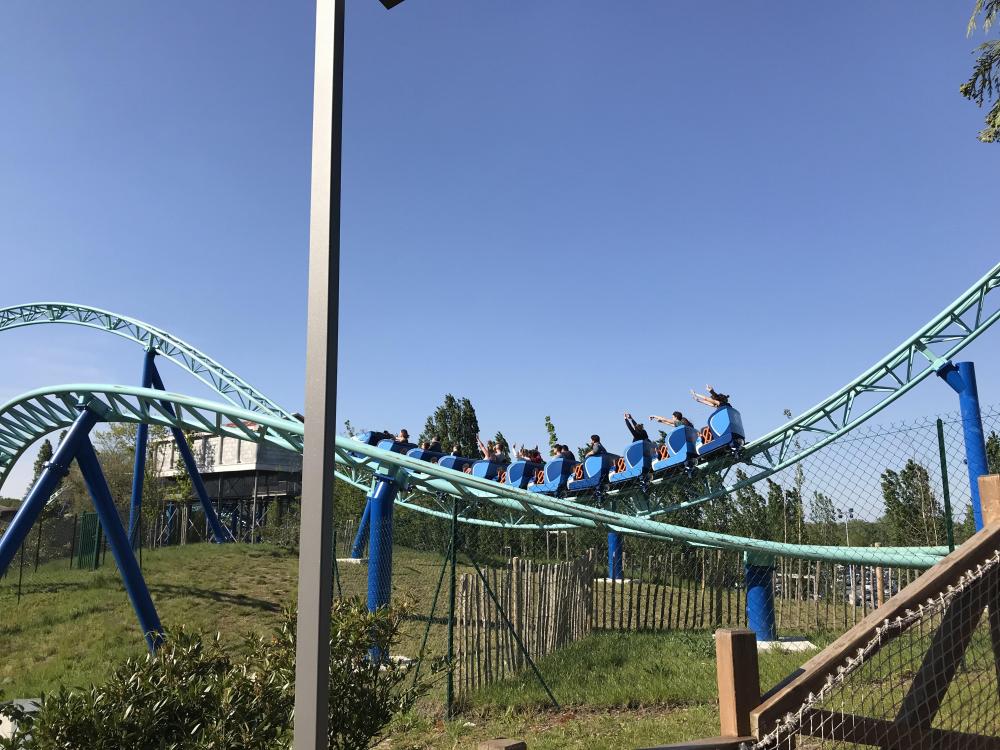 The park’s newest coaster currently is Pegasus, a Gerstlsuer coaster featuring launches,lifts and backwards sections featuring twists and turns through. 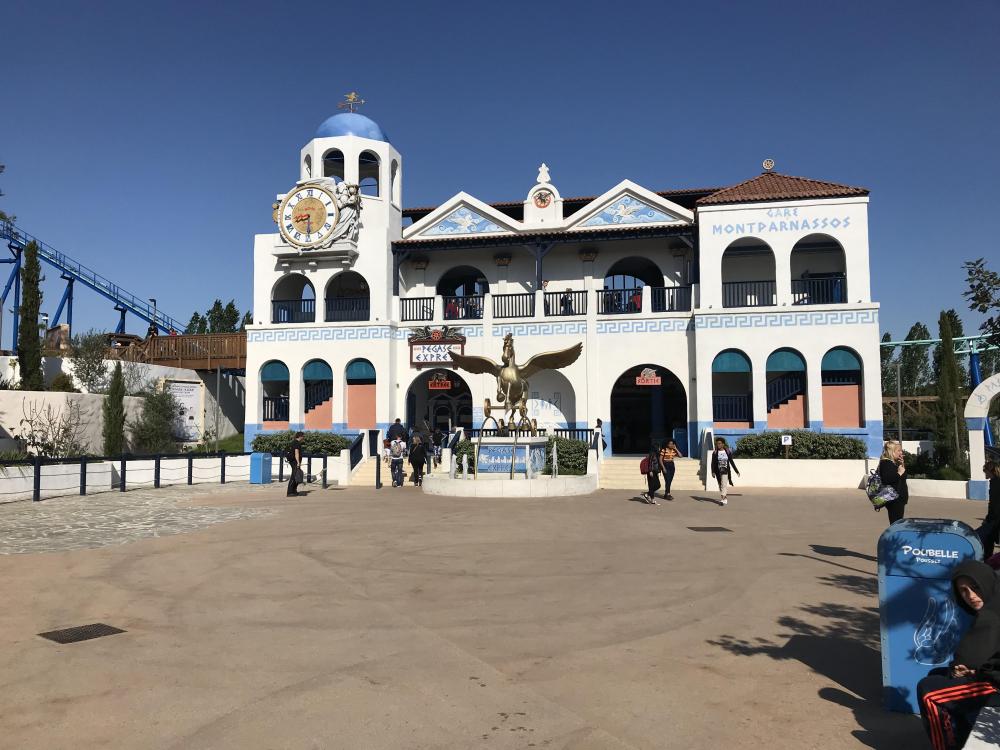 It interacts beautifully with the nearby Rapids and features a pretty station with some hilarious pieces of theming like a Greek vending machine. It’s a throughput monster too on four trains!
Somewhere like Drayton or Chessington would do well with something like this too.

In a forested area of the park lies Train De La Horra, a Mack bobsled coaster. It is probably my favourite of the three I’ve done so far down to its lengthy layout and setting.
Two of their three other coasters are Sos Numberis and Vol D'Icare . SOS Numberis is a neat little kiddie coaster which does numerous laps.
Vol D'Icare is somewhat more bizarre as I’ve never seen a coaster like this, however the brakes are very sharp, almost to the point of an emergency stop! 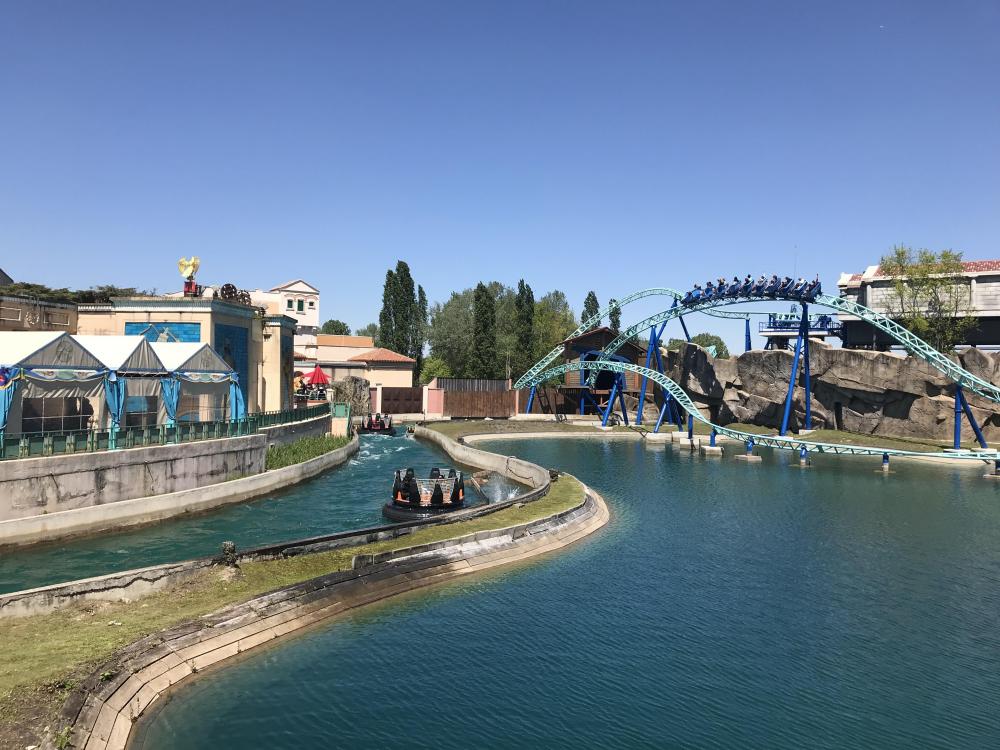 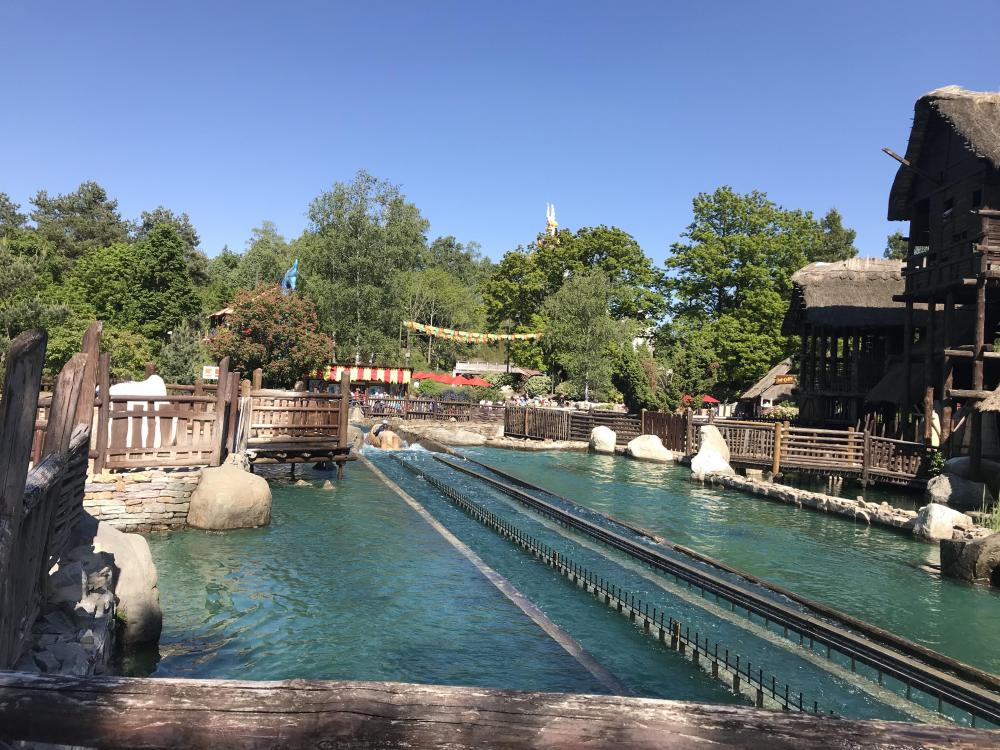 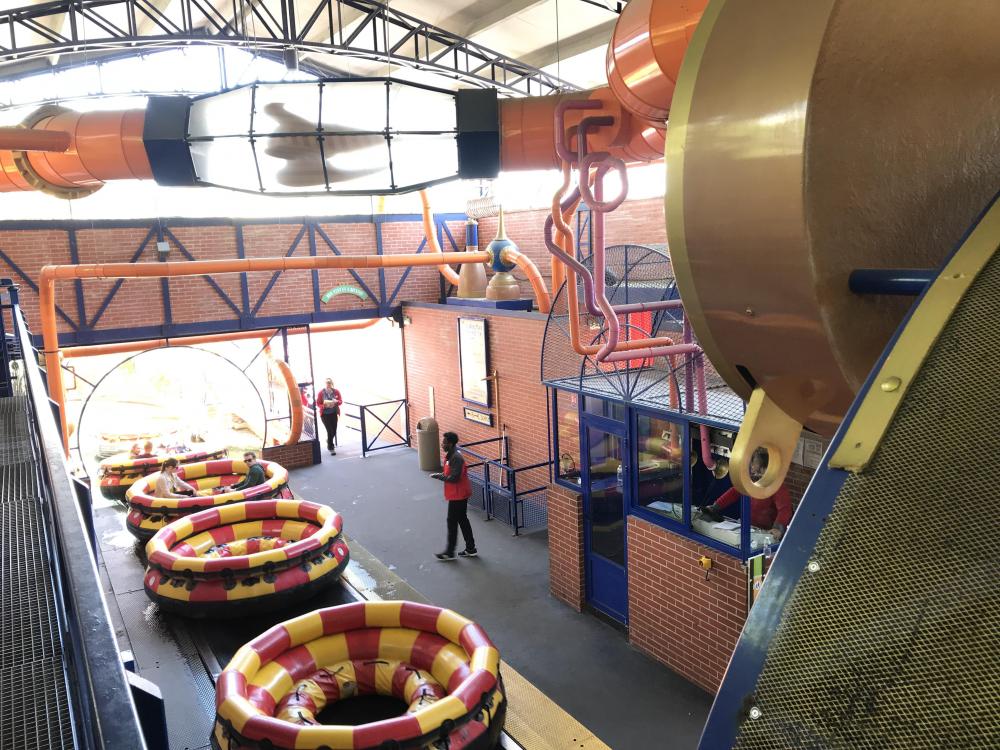 They also have Oxygenarium, a raft ride similar to Storm Surge with a whacky theme. It is also much enjoyable too and you don’t get wet feet. 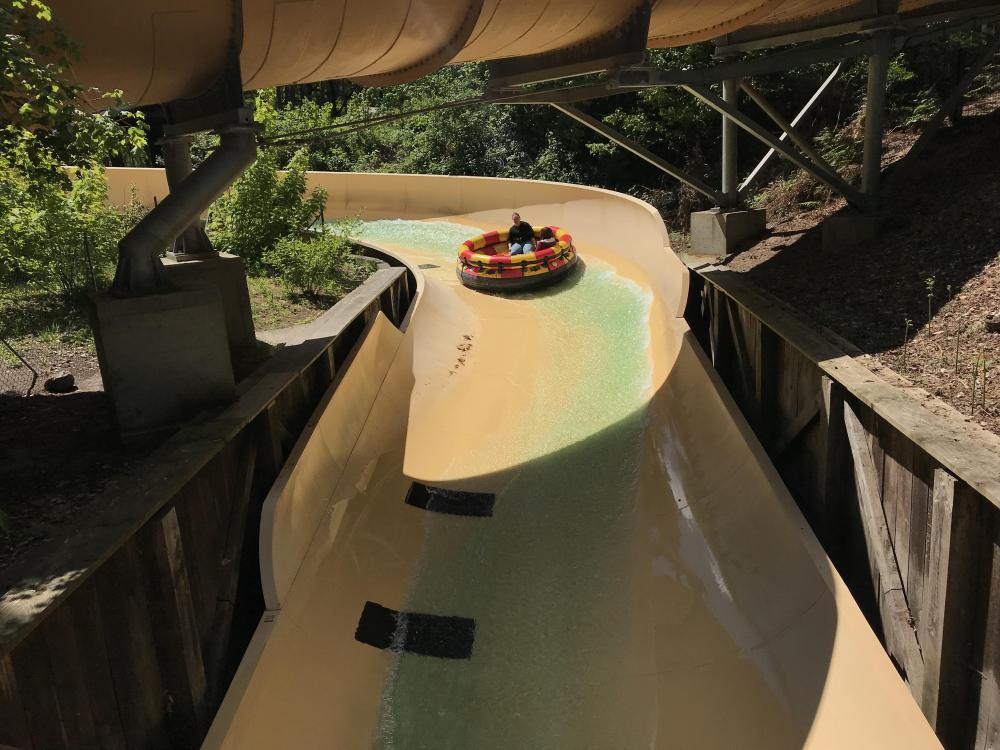 Storm Surge could’ve been special!
The park holds it’s share of flat rides too, including a magic carpet and a Polyp spinner type ride. Both were fun.
Sadly the Obilsk Disko was closed both days we were there.

Some of the other attractions include a charming boat ride with random effects, an above average sky-ride and what might be the best vintage cars ride I’ve ever been on! 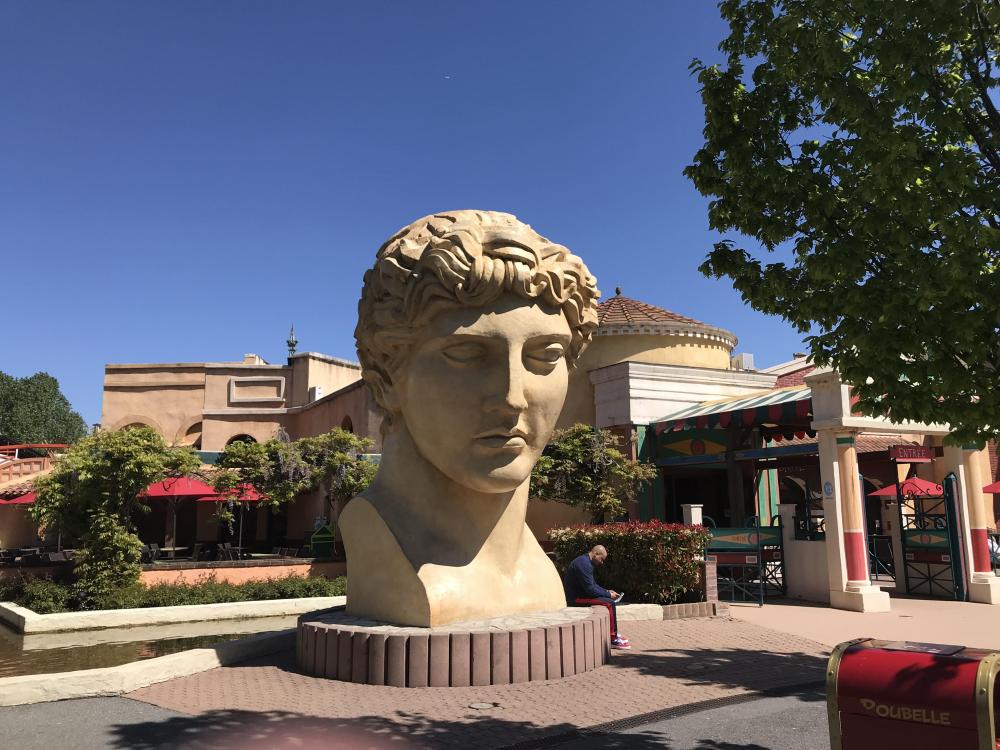 They also featured what must be one of the most unique and crazy mad houses out there. This features three pre-shows. It is probably my third favourite madhouse of the eight I’ve ridden.
New for this year (which we didn’t realise until after we’d visited), was the Menhir 4D, an amusing yet charming cinema show starring the Asterix. I love the unique effect at the end, which resulted in Menhir throwing the magic item out of the screen and into the cinema itself. You don’t notice this until the end.
There were a few shows on whilst we were there which included (Asterix VS Romans), where the Asterix face off against the Romans. It is fixed several times but the Asterix win in the end. It also features an appearance from Dogmatix, the dog in the series. Hope the dog is looked after properly. 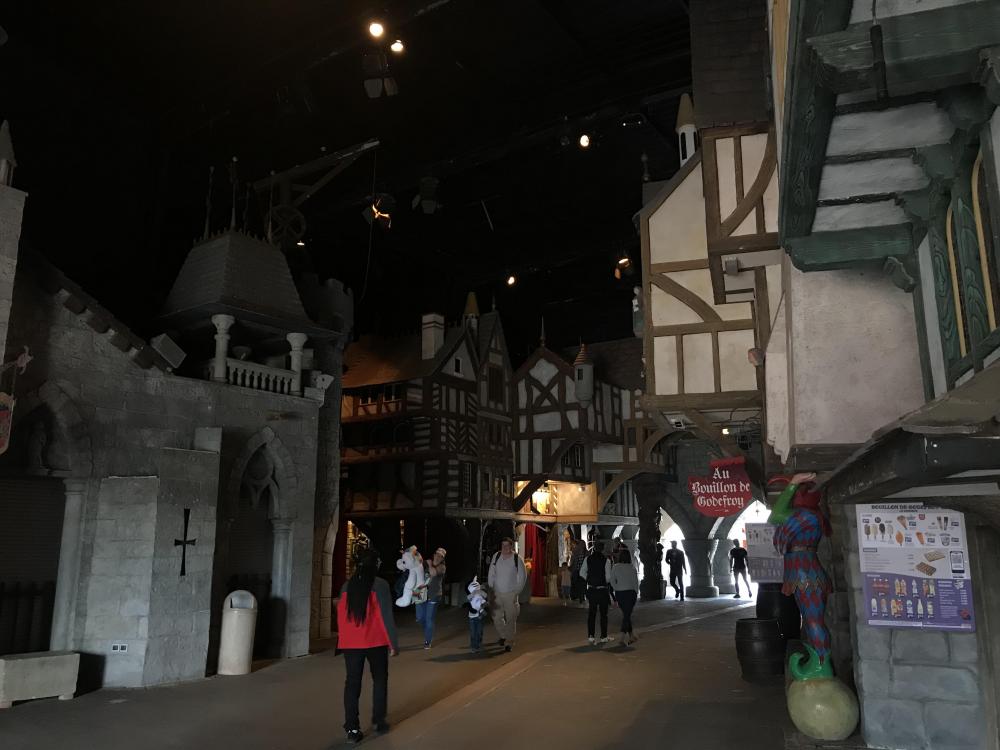 There are some pretty areas in the park itself, whether that be the Greek area, the “fruit themed” restaurant or most of the park in general. 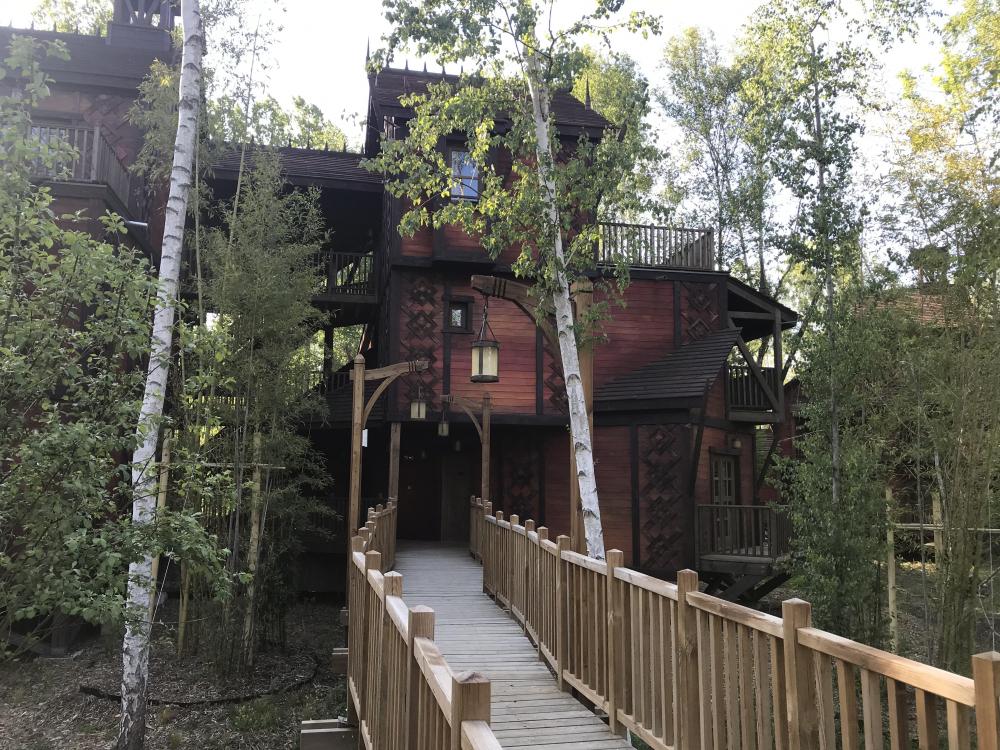 We stayed at Hotel Cite Suspendue during our visit, which is one of two onsite hotels. 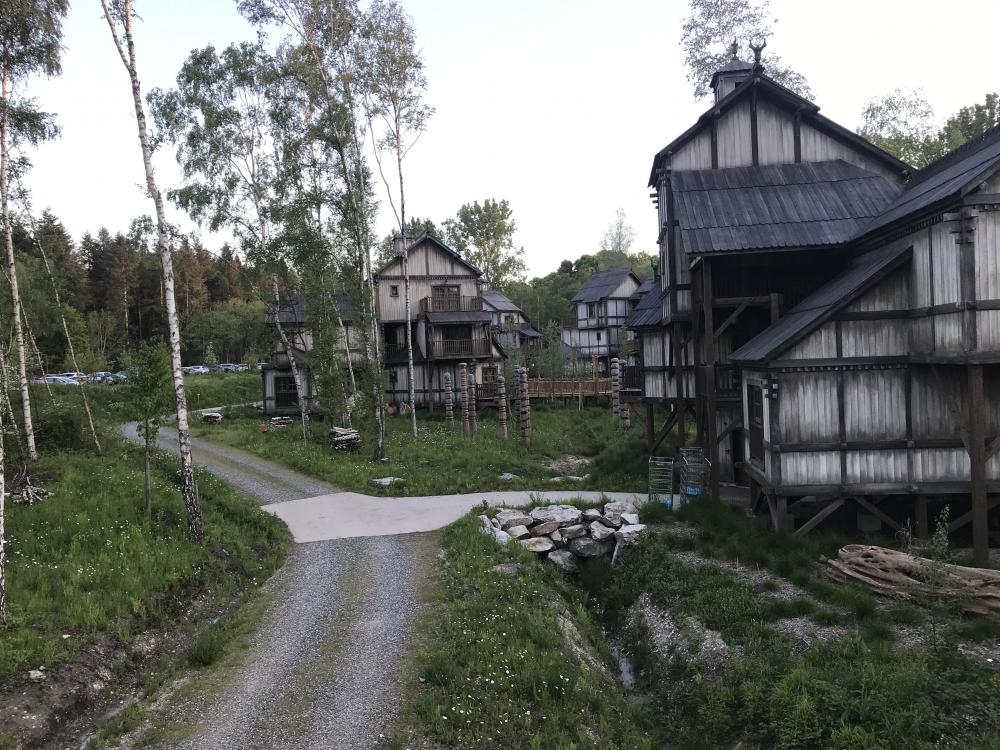 It’s setting is unique, given that the rooms are scattered about in numerous wooden style buildings as opposed to just one area, giving a more unique and natural feel. 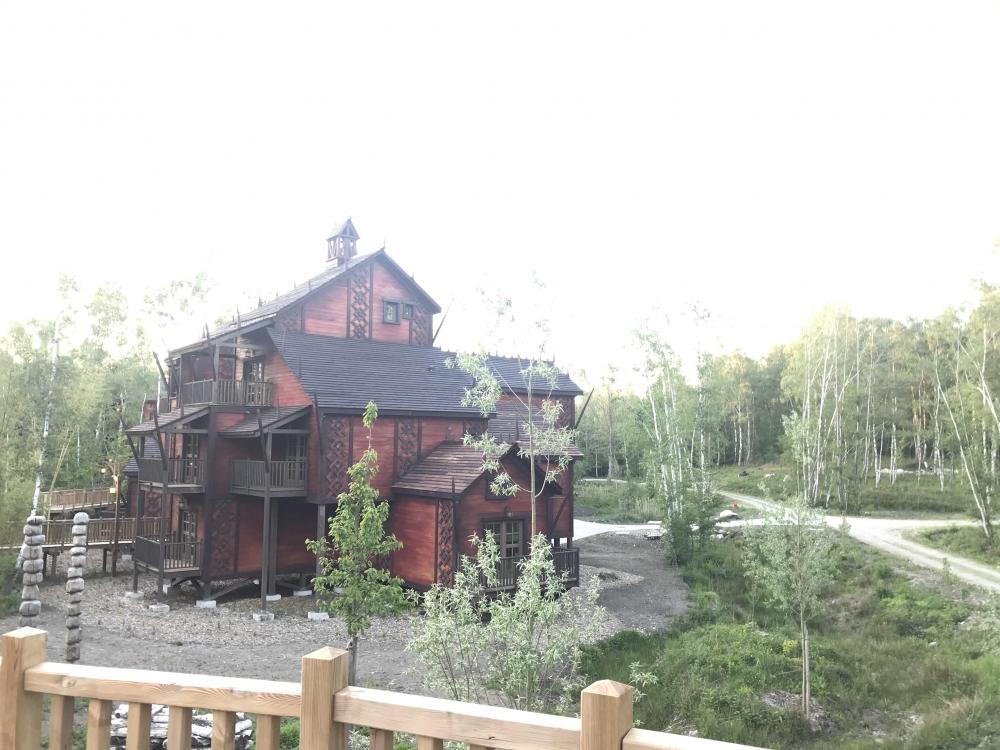 Towers should’ve done something like this instead of Staryourgazing Pods and Enchanted Village.
For the full experience and convenience, on site is best. It’s also worth mentioning the park is pretty much in the middle of nowhere. Your nearest offsite hotel is likely several miles away and you will probably need a taxi if you don't t have a car!
The Downsides:
Not park is perfect (even Europa), so there naturally some flaws here. 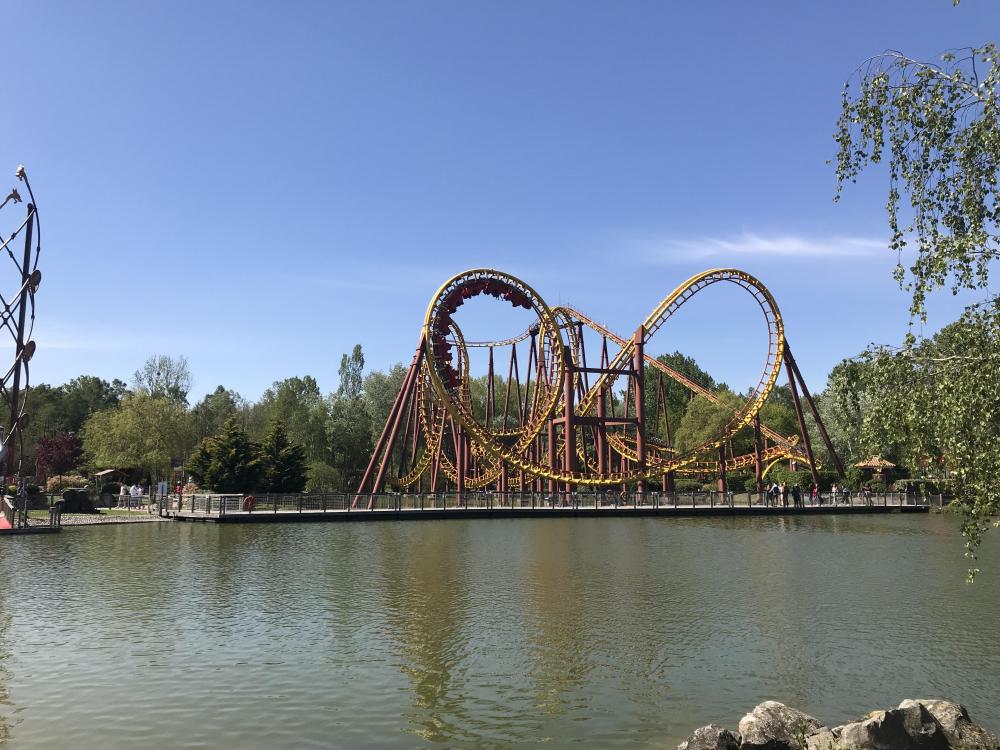 Firstly is Gouderix, this Vekoma coaster is one of (if not) the oldest coasters in the park  and probably the signature attraction until Tonnere opened. 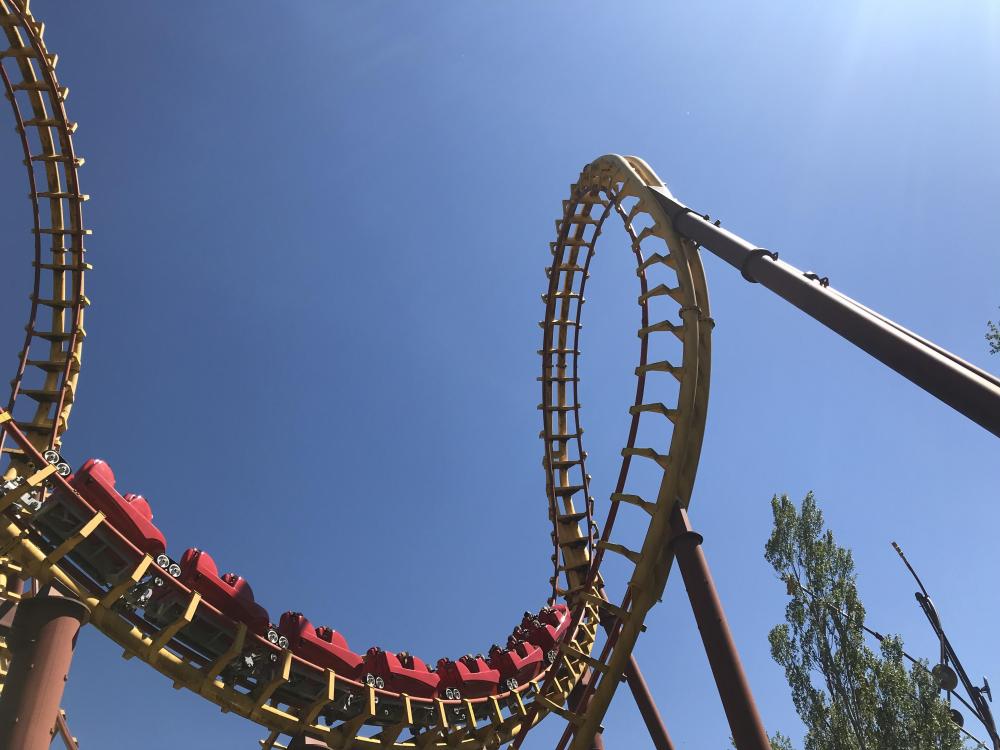 Across the waterside, it looks rather pretty, however when it comes to riding it certainly isn’t.
Goiderix has to honestly be one of the most uncomfortable coasters I have ever ridden, violently knocking me from side to side numerous times as it aggressively completes it’s  circuit. It honestly makes Colossus look smooth and was the worst operated coaster. Someone get in the people who re-tracked Python!
Secondly the food. Theme parks rarely specialise in food (unless you are Phantasialand), especially when have to cater for thousands of people and have to make profit.
The food here wasn’t great at all, often tasting processed, watered down and with strange flavourings. The baguette place by the Cauldron ride was the only we really found the food tolerable and closing most outlets around 2/3pm doesn’t help. Port Aventura still stands as my least favourite for park food. 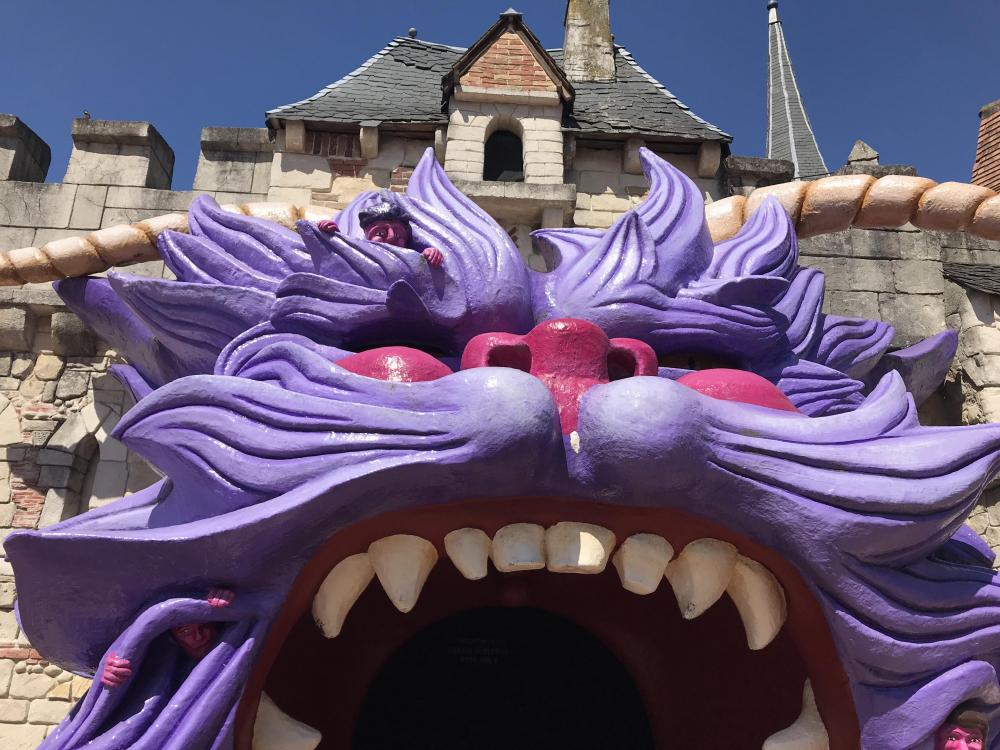 Third and finally is Transdemonium, the park’s ghost train dark ride attraction. For unknown reasons, the attraction was completely closed up with no information about regarding what is happening. It has even disappeared off the website.
We spoke to several staff members regarding this and the general answer was the ride was under renovation work and was expected to reopen somepoint between Halloween and next year.  Take this with a pinch of salt!
Conclusion:
Parc Asterix is a charming lovely park with some quirky yet original themes and attractions including some quality coasters.
Presentation, operations and the staff were all generally excellent, however I would suggest either plucking up on french or using a reliable translation app as the majority of staff speak little to no English.
A few things such as food and others, do detract things from this park slightly, but then again nowhere is perfect.
It honestly surprises me how overlooked this place is despite it’s relatively easy location. It is worthy of a visit whether you do or do not go to Disneyland Paris.
Visit Parc Asterix! It’s underrated, 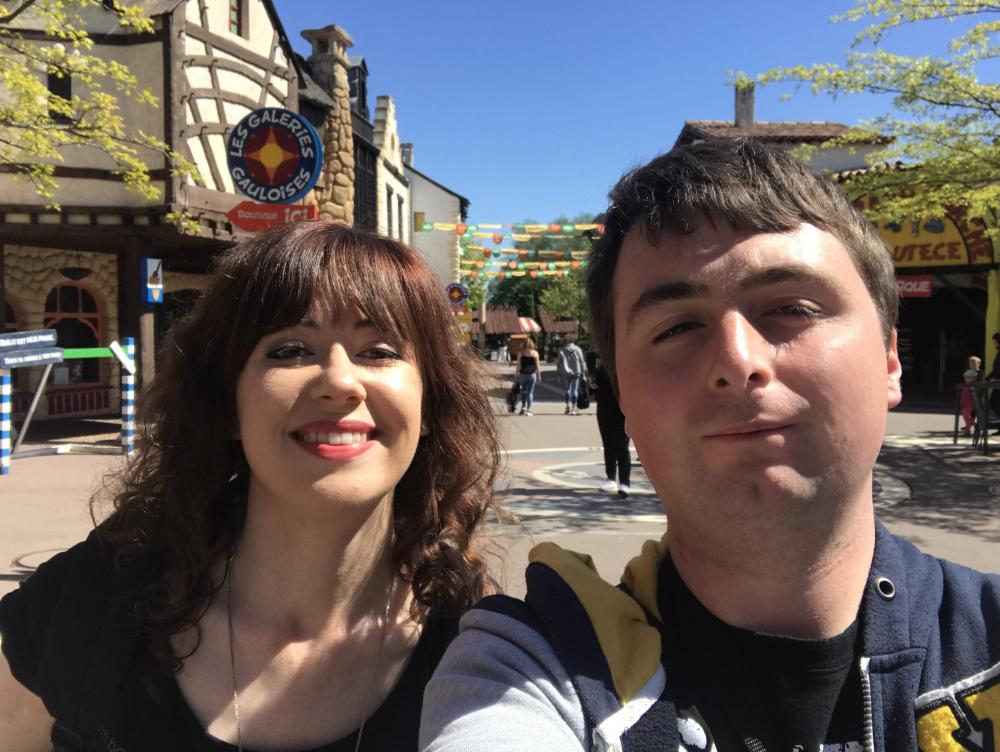