The Worst GCI in modern history. Wicker Man will be **** we all know it. Doesn't look very interesting, not very fast at all.

Just three ways Wicker Man has been described over the closed season on this forum. There's a wealth of material, of people lining up to give the first modern woodie in the UK in 22 years a good kicking. The point where coaster enthusiasts have already ruled themselves judge, jury and executioner on a ride way before anyone had even had the chance to ride. Here we are a good two weeks later from the preview event and I think there's proverbial egg on peoples faces. I remained quietly optimistic, keeping expectations in check. What I expected was a well paced, fun, mildly thrilling family wooden ride and that's exactly what I got. I knew this wasn't going to be Wodan, it wouldn't be the airtime machine that Megafobia or Tonnerre De Zeus are. But what I did get was the best rollercoaster Merlin have ever built.. 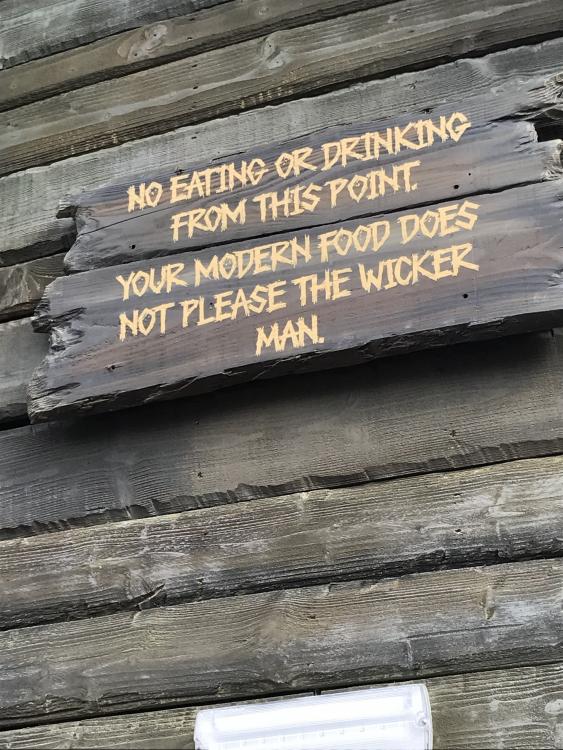 Now before you decry my last sentence as hyperbolic nonsense, understand something. I love a thrilling rollercoaster but what I really love is an inventive, interactive, original layout. I love getting on a ride, hearing the people around me screaming, loving every moment, hitting the break run and then shouts of amazement, the joy that emanates from the riders. Hit the break run on Nemesis, Inferno, Swarm, Oblivion and you hear nothing, just complete silence. It's just another steel rollercoaster going through the motions. But for the first time in a long while I heard something from a UK ride. People love the Wicker Man. They can't believe that such an old looking ride (bare with me) can deliver thrills, excitement on such a scale. Europeans and Americans are used to the thrill of a wooden rollercoaster but the UK has forgotten that wooden rollercoasters are more then a match to their steel counterparts. For me, this is the first time that Merlin have hit the nail on the head and got it right.

So why is it so good? 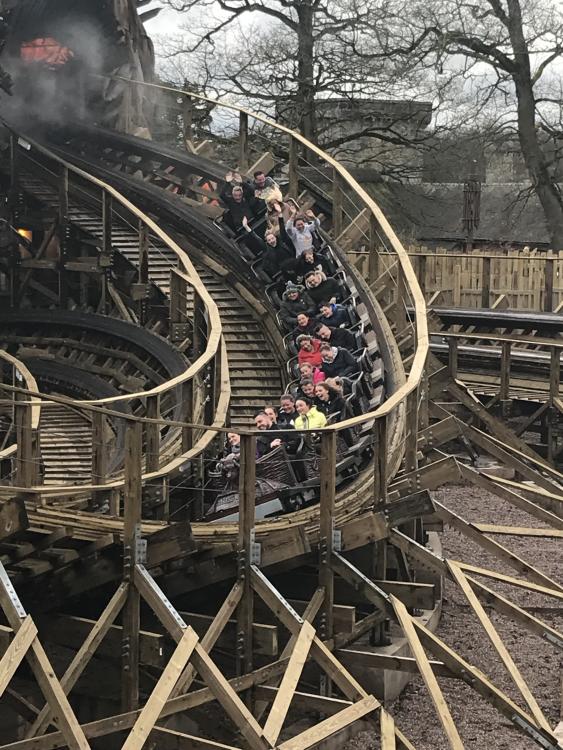 To start off with, I like how little of it you can see from around the resort. There was a lot of discussion around Alton's limitations and how they get around them and Wicker Man is another example of that. The way the ride seems to work on several different levels to gather pace and momentum is right out of the Nemesis/Smiler handbook, the way the ride descends to the bottom of the Flume lake, or the oddity of the lift hill, the way the ride dips through the Wicker Man structure three times, each time getting more and more intense or the way the compact layout eeks out the ride length perfectly. The queue line which features very few switchbacks and naturally uses the terrain to get you close to the structure or the balcony which overlooks the majority of the ride giving great photo opportunities.  The mercifully brief pre-show which I thought was perfect for the ride, telling us the story without getting bogged down in details. At its core, this is a very simple story on a pretty basic woodie but the ride is more then the sum of its parts. The soundtrack which I really like slowly builds up in drama the further into the queue you go. This feels like the kind of ride that you couldn't get anywhere else, tapping into legend in the same way that Hex does. This is right out of the Towers rule book and is all the more stronger for it. 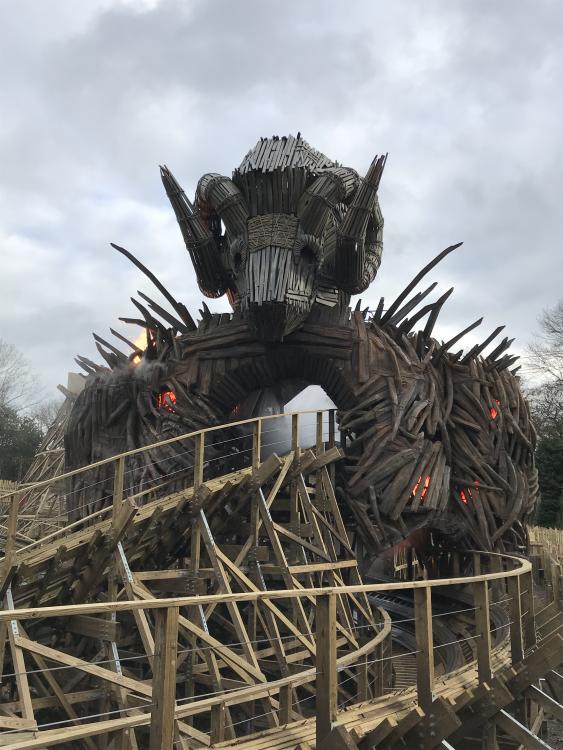 At the moment the rides biggest issues are operational. The park hasn't really got to grips with how to run it yet with very slow dispatches and numerous breakdowns. It only ran for two hours on my visit (didn't help that Nemesis was down all day, curse you Towers) and when Wicker Man was running trains didn't seem to go out very quickly. I don't think the way rows are labelled is very clear in the station either, the darkness and moodiness of the station means people can't see the numbers hanging above their heads and numerous times people were just wondering back and forth lost. If you've ever ridden a GCI woodie you know what to expect here from the Millennium flyer trains. They are comfortable enough to ride in whilst durable enough to take it when you go slamming from side to side on the rides cornering. I won't cover the ride in too much detail as frankly it differs massively from front to back but what I will say is that when this thing beds in, those back row seats are going to be absolutely fantastic. Our first ride was row 5 and then onto row 8 and the difference was staggering. 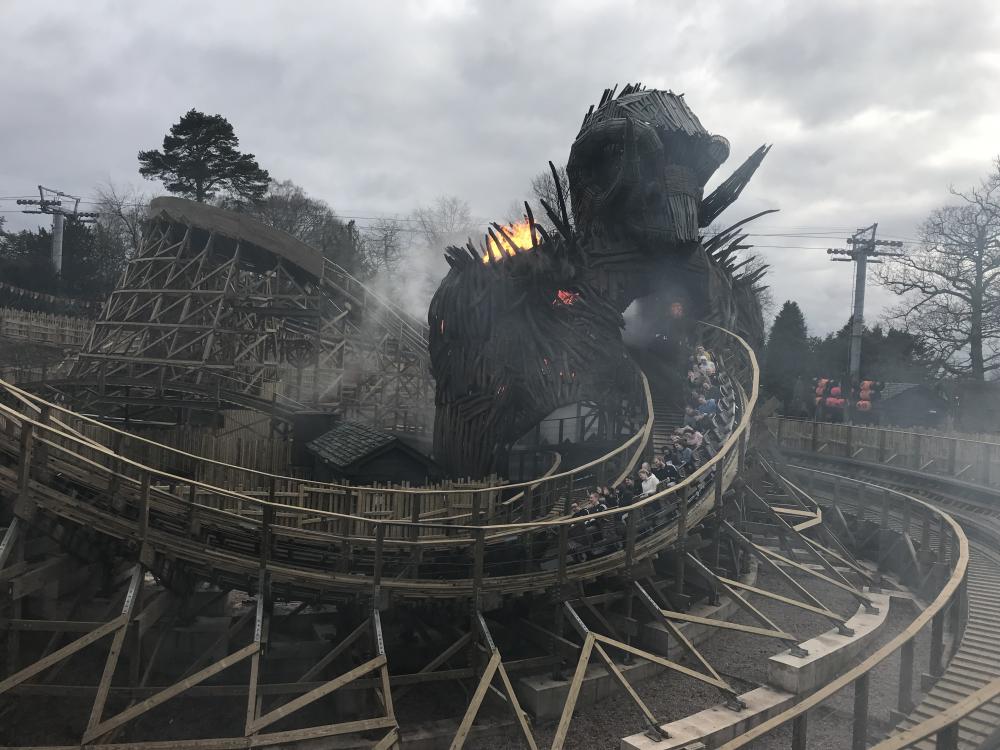 I have two main worries. The first is the effects. Lets face it, Merlin are hit and miss with this and as you can see from the Smiler most of it no longer works. No sprayers, no screens, no car wash. The effects on Wicker Man tell a story far more then the Smiler and the danger of the Wicker Man structure having no fire or smoke must be pretty high; I'd be surprised if they still work by June. That's ignoring all the smoke effects before the lift hill, on the first drop tunnel, in the break run. If Towers want this ride to continue to have the positive reaction it currently has, it is essential they stay on top of this. That being said, I think the strong layout helps but on an effects driven ride, that can only do so much. My second concern is the rides longevity. Wooden coasters aren't steel coasters, they need consistent maintenance to keep them from getting too rough, too shaky, too unbearable. I question whether Merlin can give this ride the love it needs five years, ten years down the line. Based on their track record with Colossos for example, they let that go SBNO for two years. I don't want to see that happen with Wicker Man, in my view it's the closest to perfection Merlin can ever get. 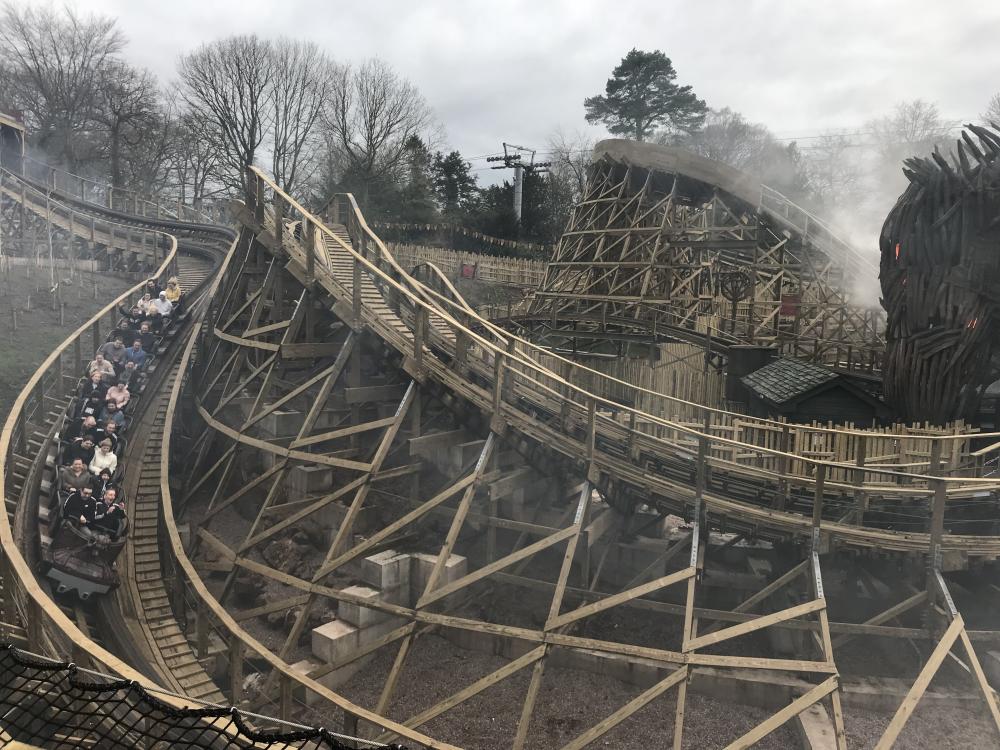 So its safe to say, I'm a big fan of the Wicker Man and I call it a triumph for the UK industry. When people were lining up to rip it to shreds, I stayed positive and optimistic and whilst I don't want to say I told you so, I told you so. My biggest hope that comes out of this wooden ride though is that parks like Paultons, Drayton, Flamingoland, hell even Thorpe and Chessington look at what can be done with a ride like this and build their own. The wooden ride genre is big in America, China, all across Europe and yet here, they are seen as dangerous and unsafe. Telling people I work with that I was going to Towers to ride a wooden rollercoaster, they thought it was a disaster waiting to happen. I can only hope that the Wicker Mans success leads to more and more and who knows what that could lead to. 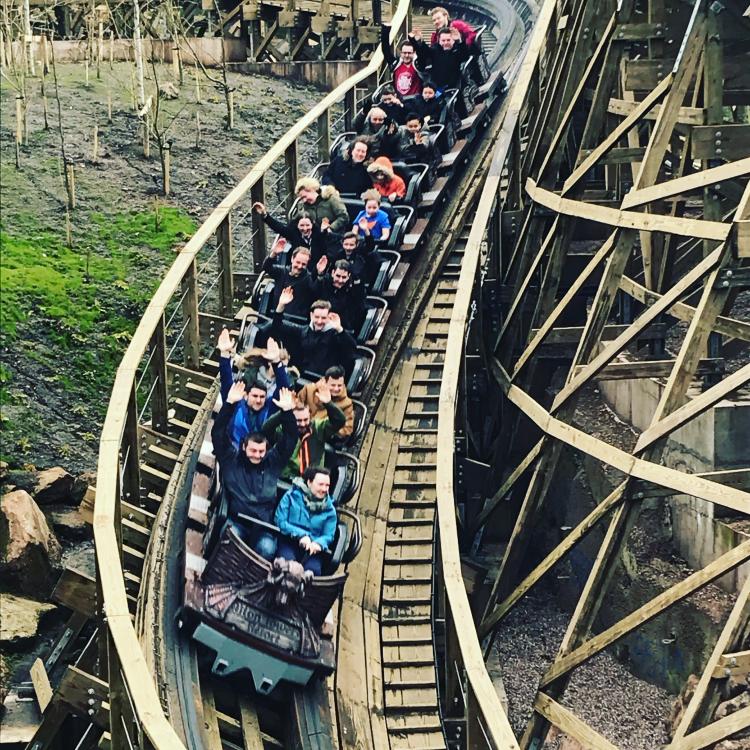 Thans for reading and as for a score, Wicker Man is a solid 8/10. I can't wait to get back up there.

Next time I'll be Enthusiastic Icon.