Wicker Man.  I think it’s fair to say that I had very mixed feelings during the construction and build-up process for this ride.  Whilst I was happy to see a new wooden coaster finally grace the UK line-up, I had reservations about how good it would be; there weren’t any huge drops in the layout, so would it pick up enough speed to be thrilling?

On approaching the ride, the excitement builds from the moment you see the hugely impressive Wicker Man structure and entrance signage come into view with the music droning in the background.  I couldn’t quite believe what I was seeing – it’s such a compelling sight, nothing looks out of place and everything just ‘works’. 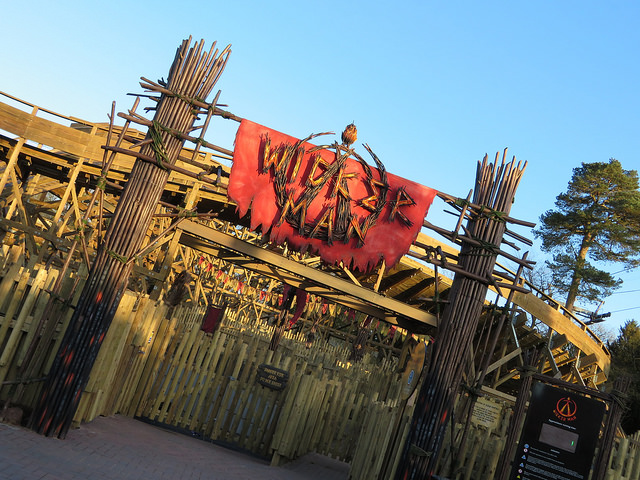 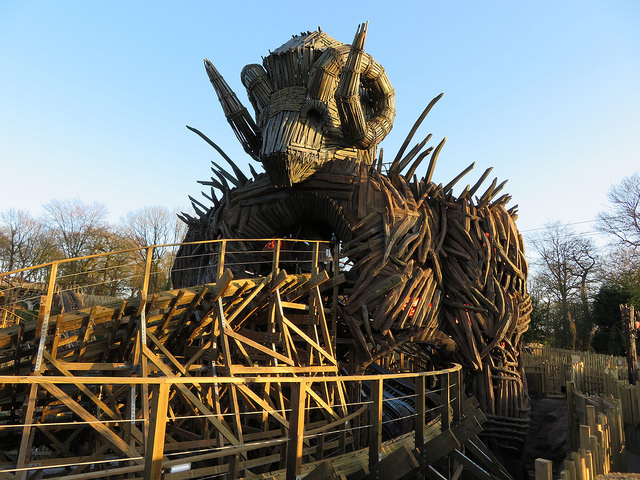 Moving into the queue-line, the design is fantastic with so many vantage points for the ride – small items of theming are expertly placed creating brilliant photo opportunities.  Throughout queuing there are many good places to watch the coaster from, and it’s so pleasing to see that everyone seems to be enjoying it.  I really like how the smoke effect is pulled around the corner by the train after exiting the second tunnel, in particular.  Being surrounded by the roar of a wooden coaster combined with the soundtrack, theming and screams of joy is really something quite special. 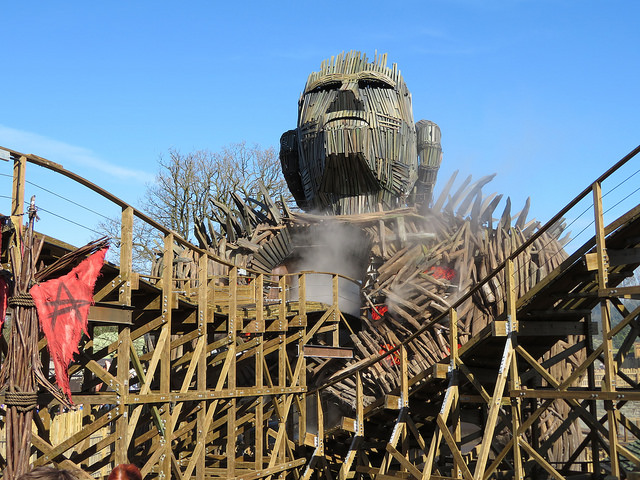 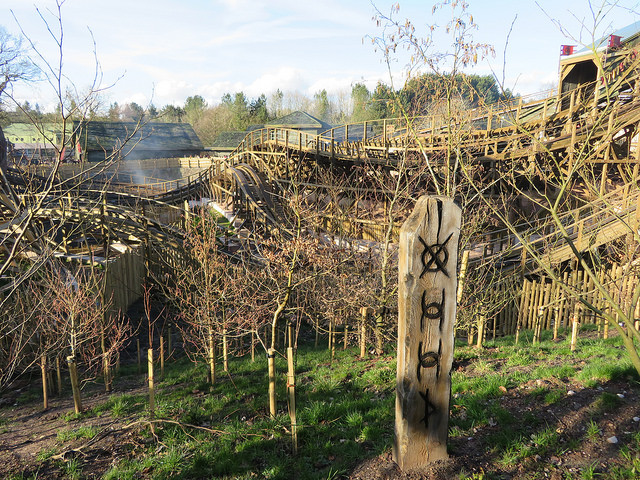 Onto the preshow, I enjoyed this and found it delivers a lot in a short space of time.  The transition is clever and the show lasts just long enough to stay interesting whilst not becoming a burden after a few rides.  I found the theatrics and changes in atmosphere particularly impressive, however it was a shame on one of the rides I had that the automatic doors at the back of the room kept opening.  Exiting into the station, the lighting and dispatch/unload audio keeps the theme consistent and is very impressive.

With the thematic elements done to a very high standard, how well would the coaster itself hold up?  After five rides on two separate occasions, I absolutely love it.

Dispatching out of the station, the pre-lift section is very Nemesis Inferno-esque (with the mist-filled tunnel) and sets the scene for the ride very well.  Ascending the lift hill, the views of the ride are excellent and the audio helps to build anticipation throughout. 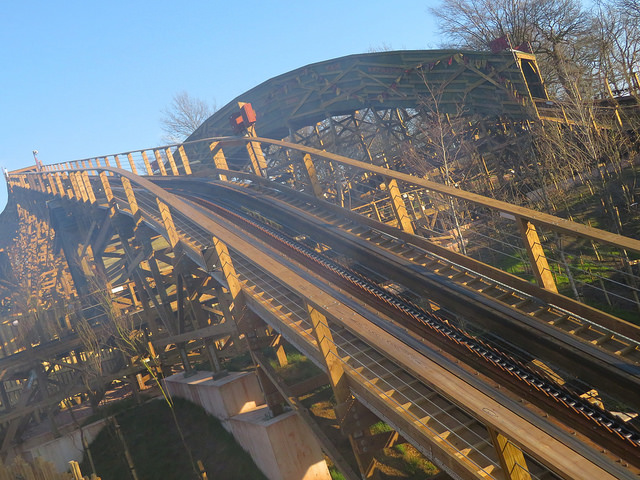 The first corner and drop help to build up the speed, and the tunnel adds a level of disorientation, as you exit already facing the ground.  The section that follows is truly sublime; after going over the second hill in the tunnel, you emerge blinded from the light to be thrown (yes, THROWN) first to the right, then to the left and into a ground-hugging turn.  This is my absolute favourite section of the ride; the forces are much better than I expected and the transition from right-to-left is just so much fun. 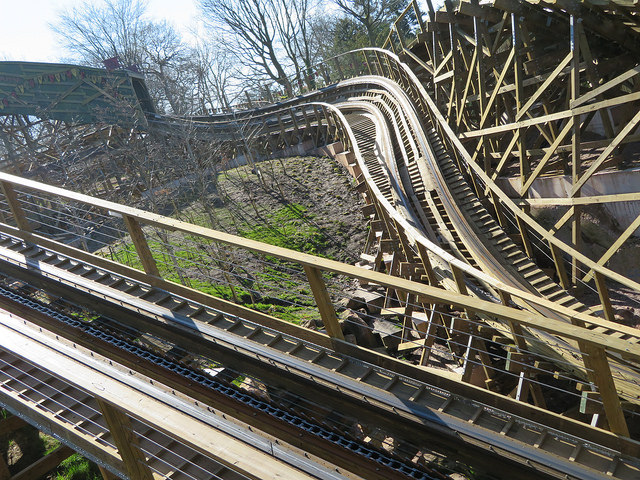 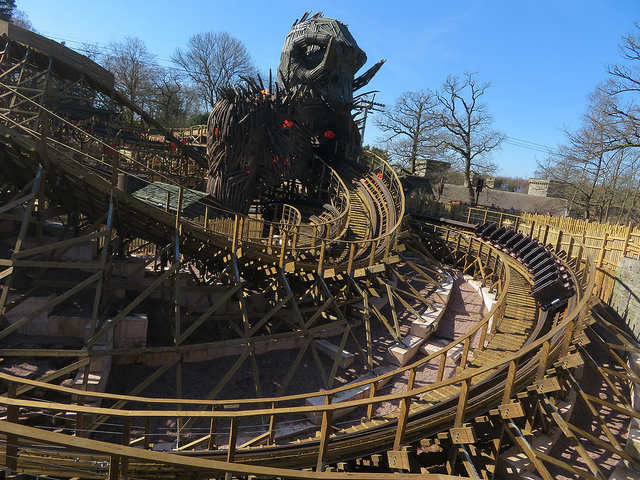 Diving through the Wicker Man structure and up into the turnaround, this offers a nice view of the queue-line and theming structure before hitting the two small bumps (which are much better than they look!) and then plunging to the right through the structure into yet another fantastic and unexpected sideways-banked drop. 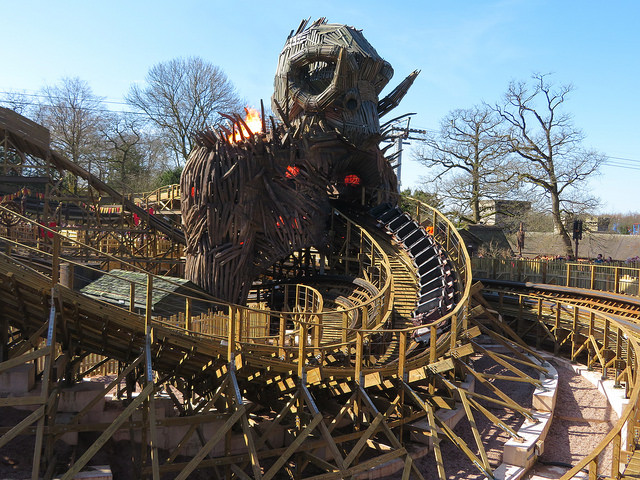 I found that the flat corner goes a long way to making the ride feel longer, as it gives you time to process the elements you’ve been through before heading into the next section.  The straight drop which follows provides a nice feeling of weightlessness, however on the back row at the end of a rainy day there was some incredible airtime there!  Following this is a sharp right-hand-turn through the structure, before turning left under the lift-hill and into the brake run leaving the clank of the lift chain ringing in your ears. 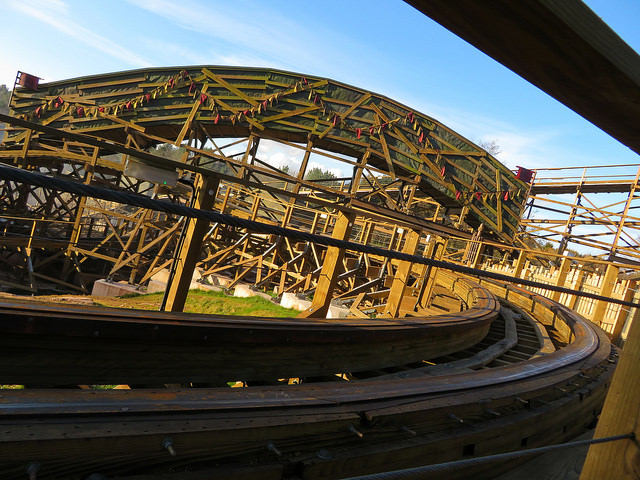 After some time to think it through, I can say in full confidence that Wicker Man is genuinely one of the best roller coasters I have ever ridden.  Firstly, it’s the first time Alton have delivered a fully complete theme under Merlin, with no obvious corners cut and nothing looks out of place.  I could nit-pick, but it's the best we've had in the UK for years - so I won't.  The coaster itself is great fun and is a superb example of a wooden coaster.

My only concerns going forward are the reliability issues the ride is currently having, and maintenance of effects.  The fire, smoke and audio add a lot to the overall experience, and with the fire already broken, I only hope that Alton can manage to maintain them to a high standard.

Thanks for reading, a few more photos below. 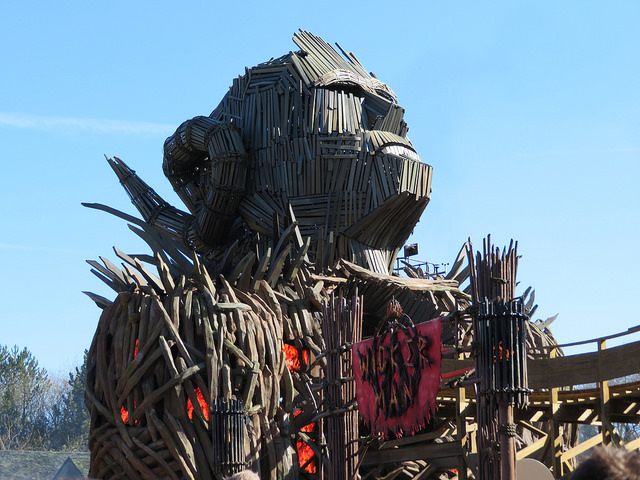 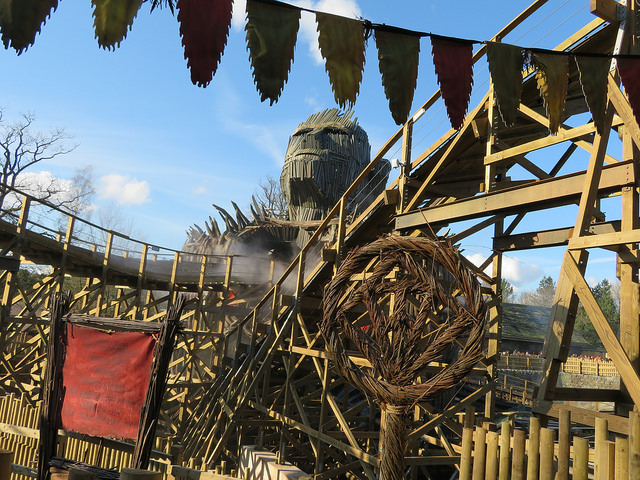 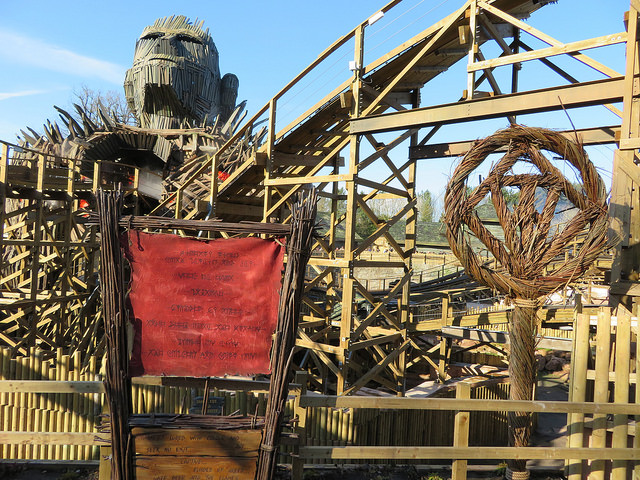 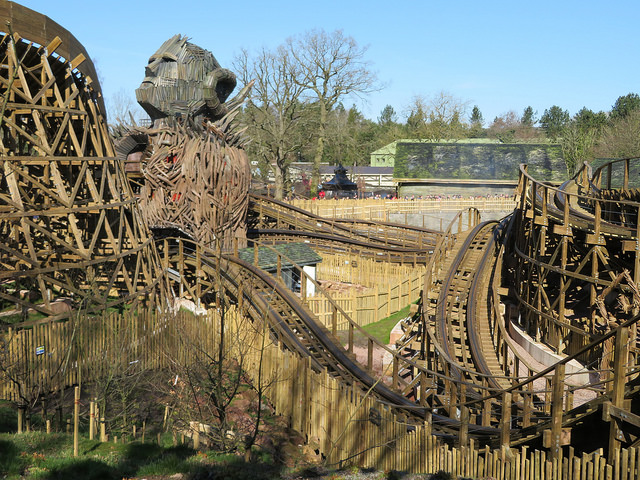 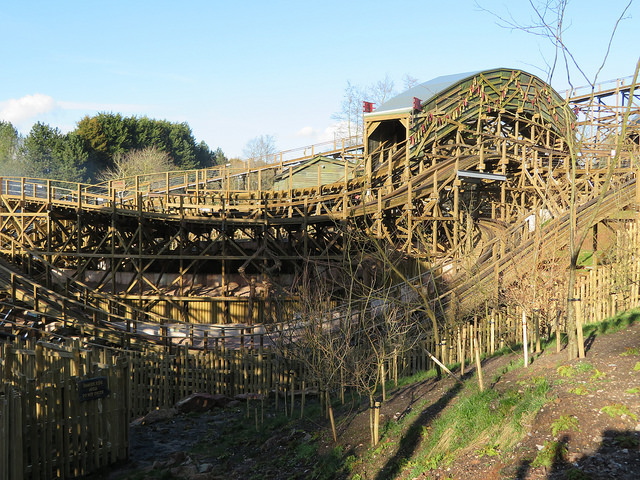 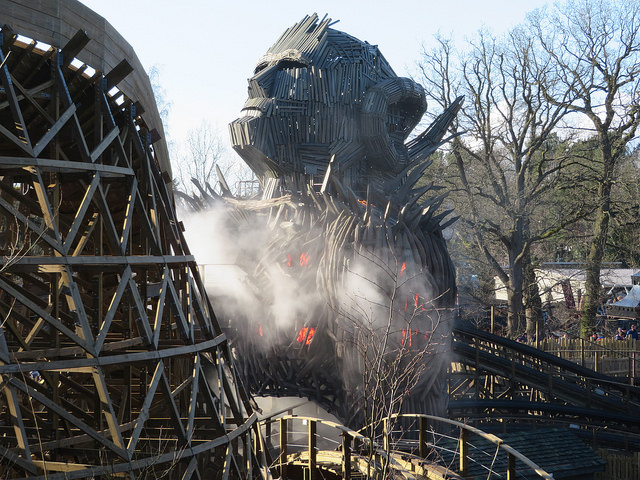