Chessington. It is arguably one of the most iconic and notable tourist attractions in the United Kingdom and naturally enriched in facts and history.

Opening it’s doors in 1931, Chessington Zoo was born and was once the largest private zoo in England as a result. Years passed by and Pearsons brought up the zoo. When the 1980’s arrived, the zoo was believed to be in decline and Tussauds (part of Pearsons) had the challenge of rejuvenating the attraction to a new generation.

Special effects designer John Wardley was one of the key people working on this project, which would transform the failing attraction into one of first proper theme parks in the U.K. In 1987, the attraction reopened as Chessington and was believed to be successful. Built on a relatively low budget, some of the park’s attractions included the powered coaster Runaway Train, cult classic dark ride ‘The Fifth Dimension’ and tradition logflume, Dragon River. It is the latter we shall focus on here (with good reasons to follow).

During it’s early years, the Dragon River was richly themed, from it’s giant Buddha, Dragon tunnel and rock work, which dominated the ride’s lifthills and surrounding area. It’s Asian architectural design and landscaping perhaps once regarded the ride as one of most richly themed attractions out there. Some say the water was even dyed once to further enhance it’s then mystic theme. Years later it would became renamed as Dragon Falls. 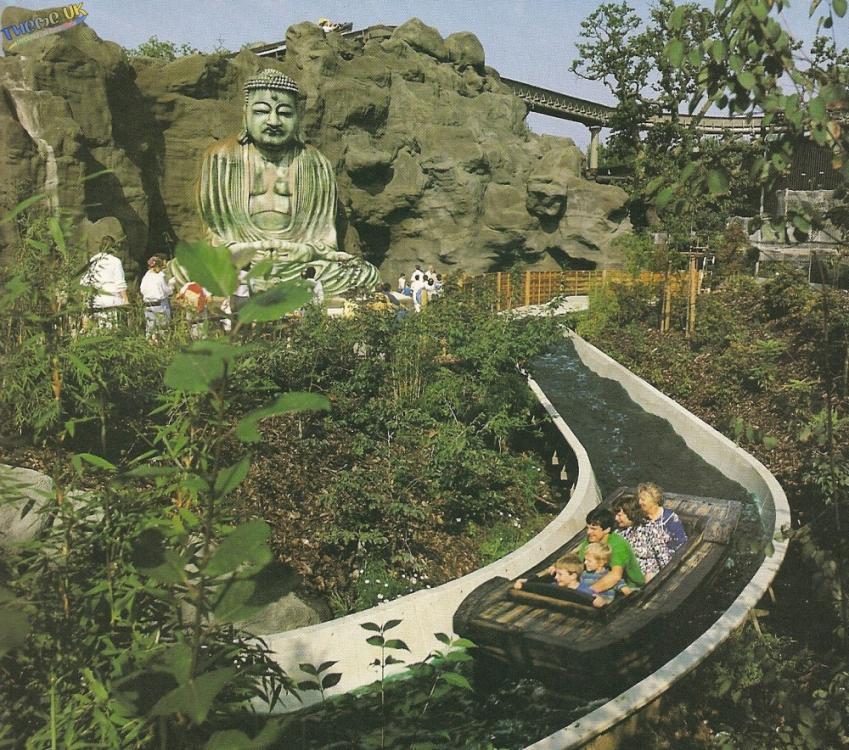 (Above) The ride during days of past when theming was complete. N.B not my photo (Theme Uk)

As the years passed, the theme park continued to grow and progress, however Dragon Falls through time became neglected and poorly looked after. In 2005, a large proportion of theming and rockwork was removed but not replaced, leaving the second lift and other surrounding areas to be exposed and naked from their former theming. By the time 2013 further theming was removed, including the rock faces on the main drop and remaining rock work on lift one. Once again, these were not replaced, likely down to being condemned and sufficient budgets not being provided.

Around this time, the ride was threadbare of theming on the most part, with the once grand drop area looking like this: 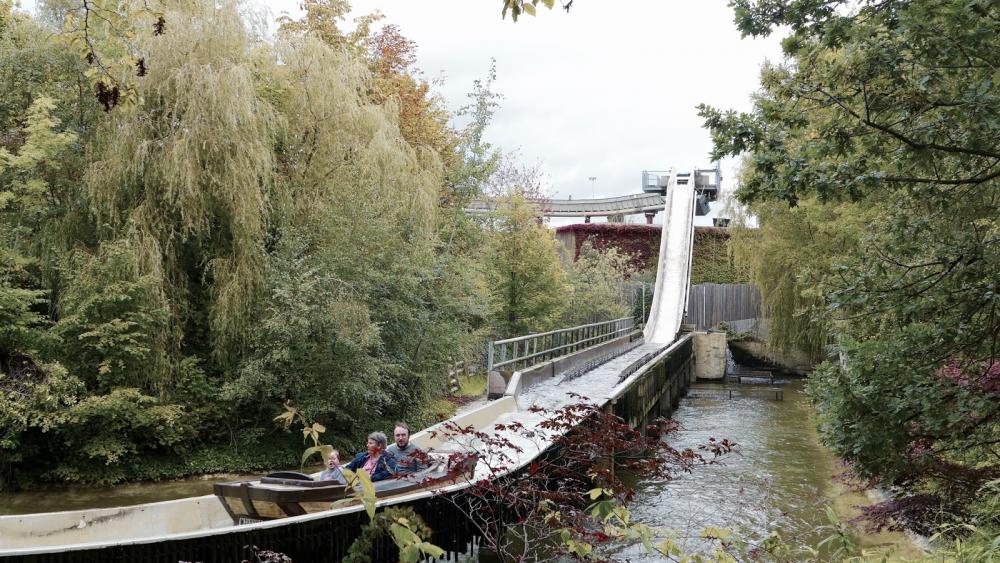 Compared to what  it had once been, the general state of the ride was bleak, empty and something of an embarrassment. A once themed attraction striped threadbare of it’s once grand and striking appearance. The tunnel was also chopped in half, making a barely dark experience around a ‘back of house’ location. For five seasons, the ride continued to operate in this delapidated state. Apart from a safety upgrade, only the Buddha, Dragon and station received modest touchups. As nice they were, this didn’t do much to help a ride in a shadow of it’s past.

Then in 2017, plans came afoot to refresh the ride and surrounding area including Dragon Falls, which would be given a retheme with new features. Joining alongside a brand new Amur tiger exhibit, the ride would form part of a refreshed area Land Of The Tigers. Though not without it’s fault, this would be the biggest overhaul on the attraction during it’s 31 years of existence.

whilst zombies and flames invaded other Merlin attractions, Chessington was busy finishing off it’s Tiger area. Eight months after the closure of the original area, Land Of The Tigers opened to the public. Aside the new enclosures, Chessington’s flume was somewhat reborn with a new identity known as Tiger Rock. 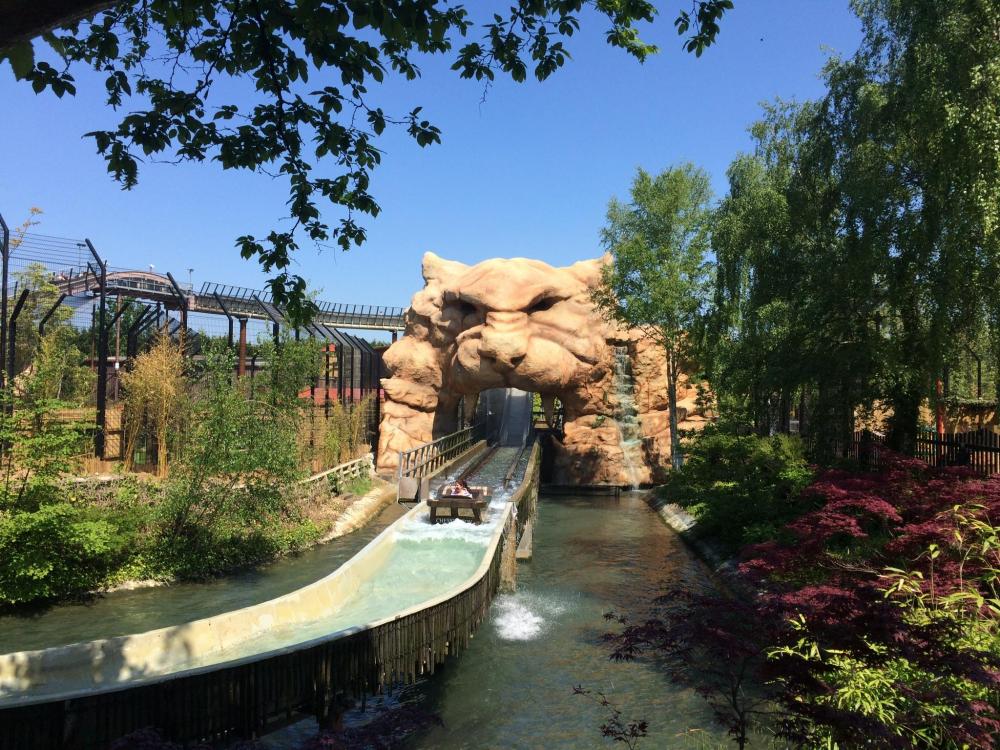 The new updates drop area for the ride looks tigerrific

One of the biggest updates to the attraction is the brand new Tiger rockwork element, which the boats pass under during the final drop. This offers a great new element of excitement and interaction both on and off ride, looking much better than the previous eyesore in the previous years from the ride. 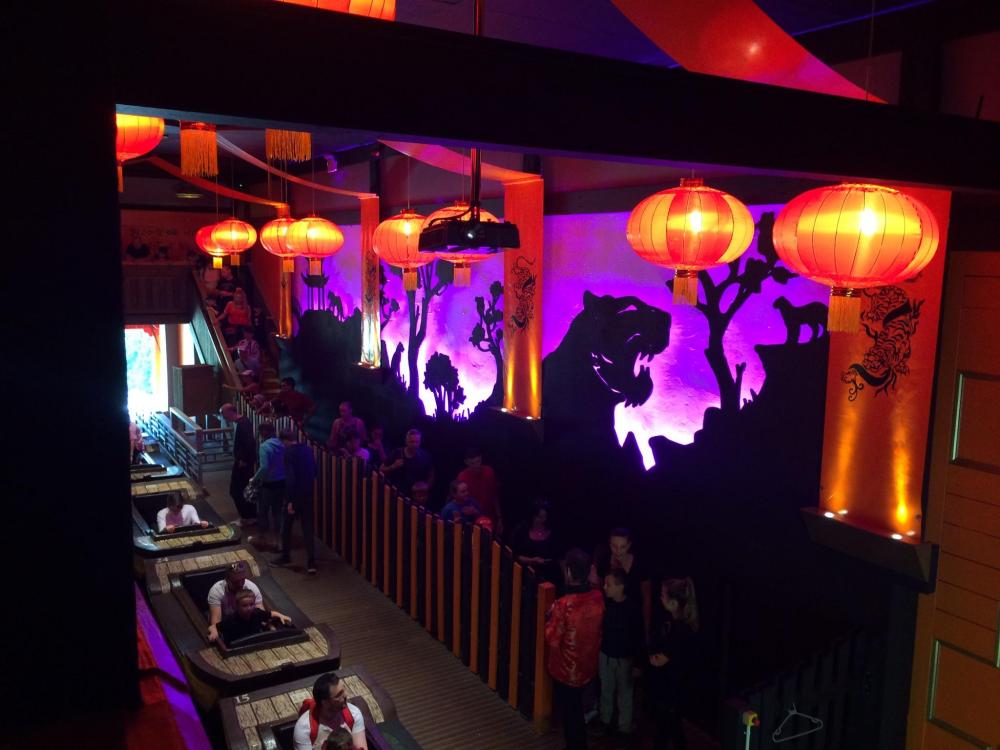 One of the best updates (from a personal perspective) is the station. There is a lot more atmosphere in there now, from it’s new soundtrack to the new artwork and lighting displayed on the side walls. I really like how they’ve kept the oriental theming and enhanced it with things such as lanterns. There’s also a cool tiger effect that activates every couple of minutes too, which is an interesting feature. 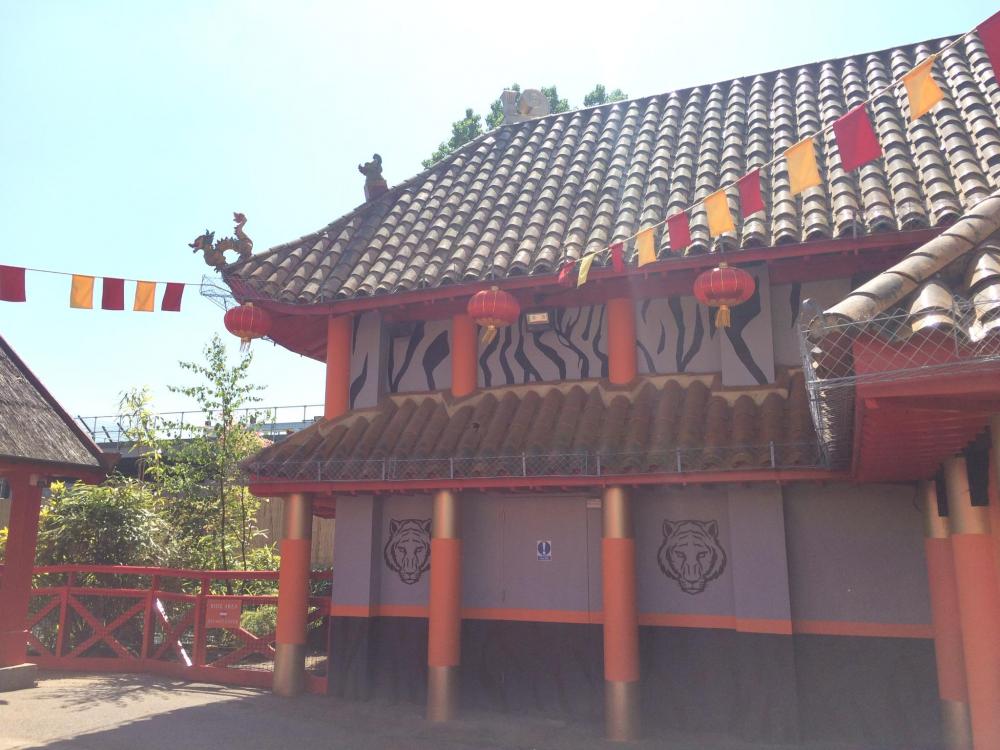 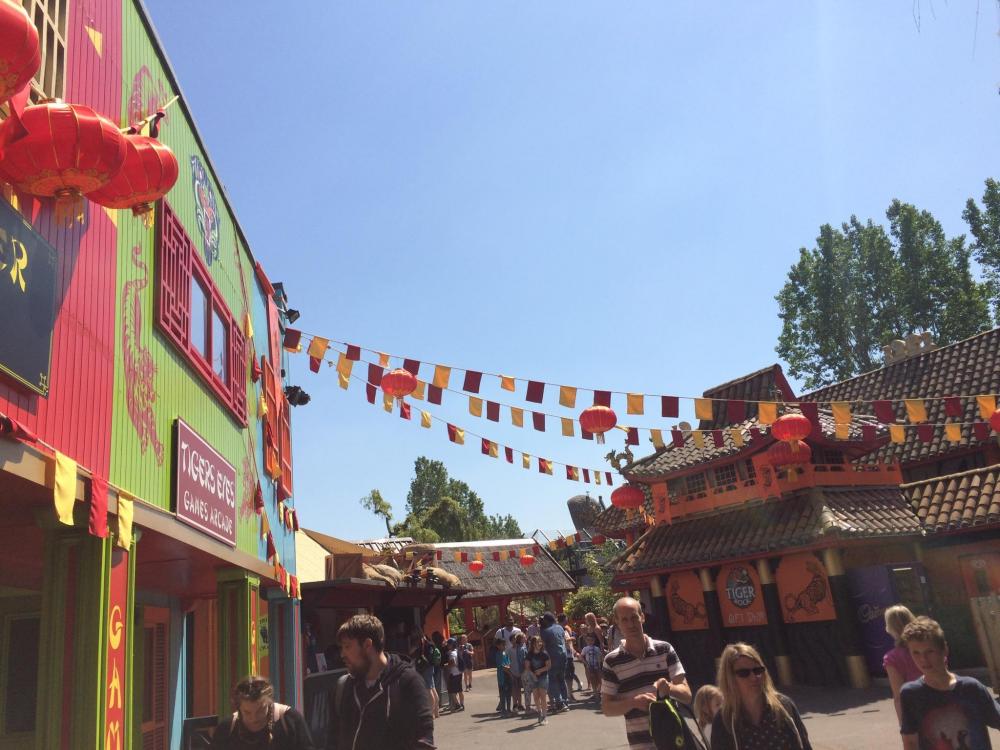 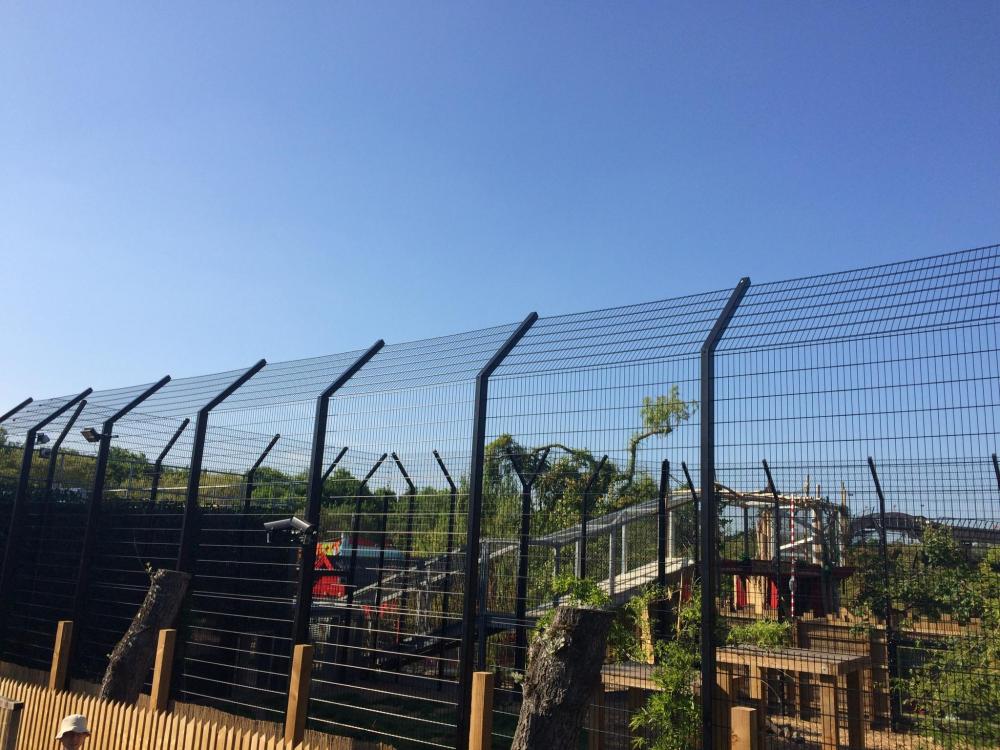 Whilst not without it’s faults, Tiger Rock joins the theme park and zoo are one. As long as the enclosures meet sufficient requirements, this may be the best way forward for much of Chessington, by becoming immersed in rides complimented by animal experiences. The tunnel features are an original touch, but the fences aren’t the most attractive. 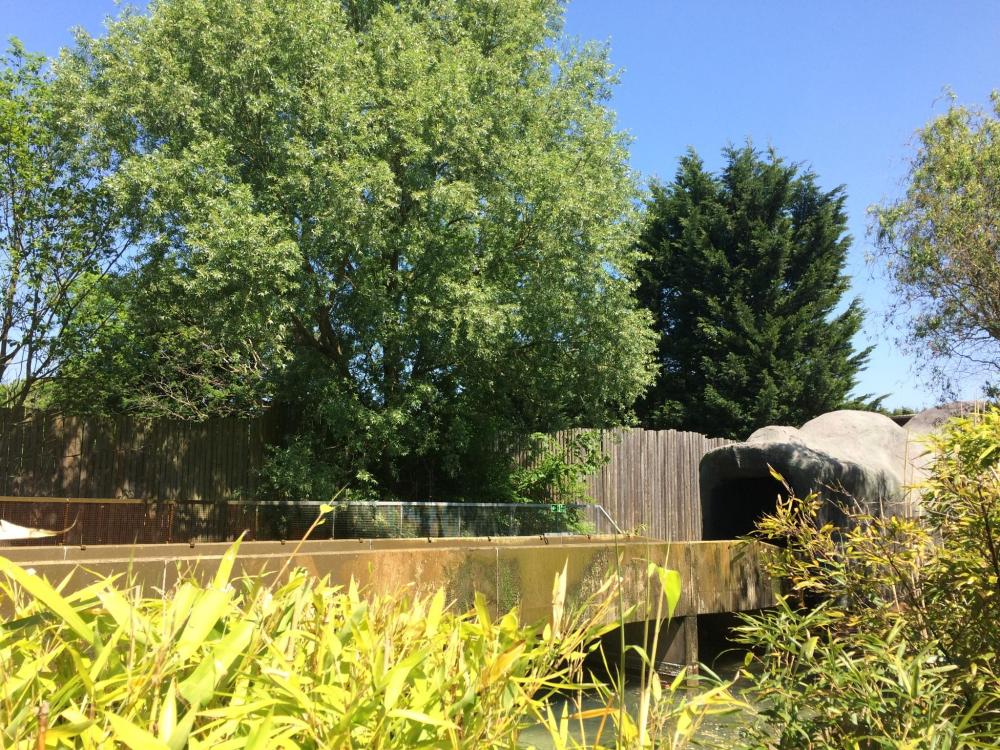 The project has seen changes I like a lot, but others not so much. The tunnel after lift 1 epitomises this. The inside is finally back to it’s original length at long last, accompanied by some random effects/models which really complements the experience. However, the exterior looks hideous, ugly and out of place. Whilst a brightly coloured Dragon would never fit within the new theme, they could’ve done more from the hideous mess that awaits there now. 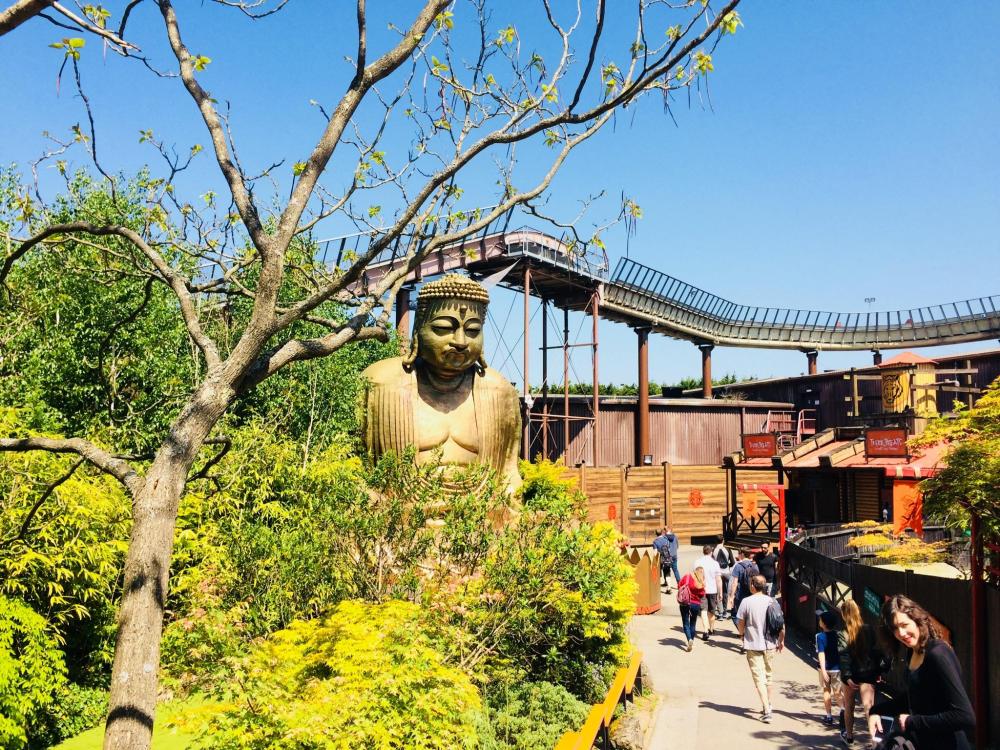 Lift two still doesn’t look great especially without any theming. The added fencing on the side makes it look somewhat worse, but is to probably prevent injury from those less able to remain seated. A limited budget from Merlin likely prevented ‘non safety’ enhancement on this section in the first place, which is a shame really. 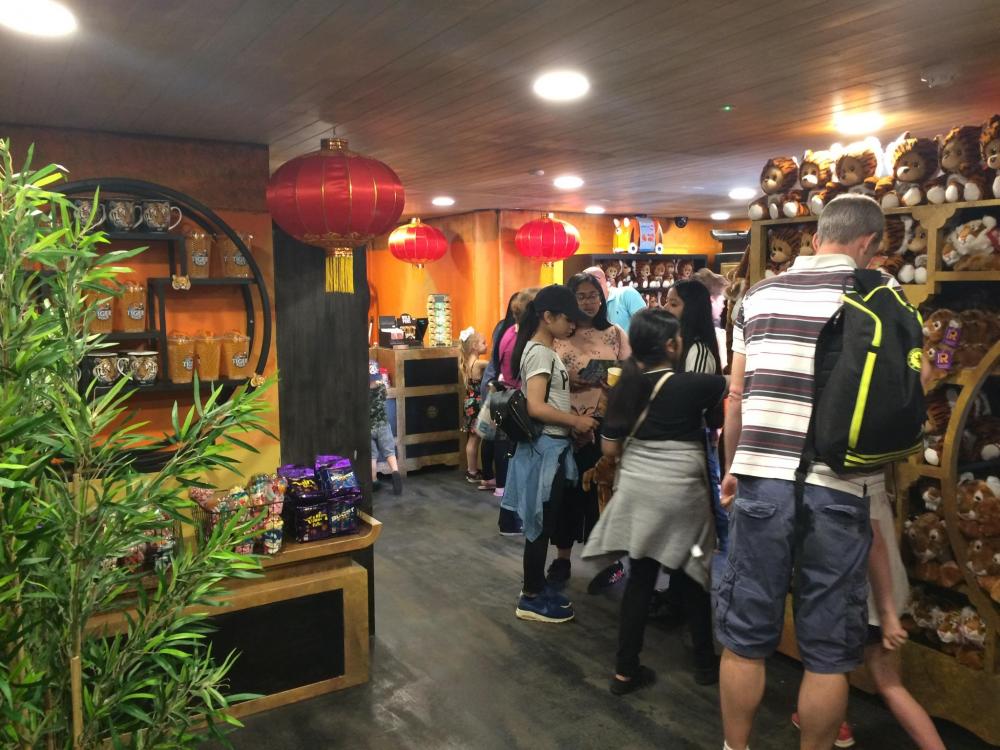 The picsolve unit has been moved, and creating a new ride shop. A small one  there too I should point out.

Lift one looks a little nicer with the new decorations. 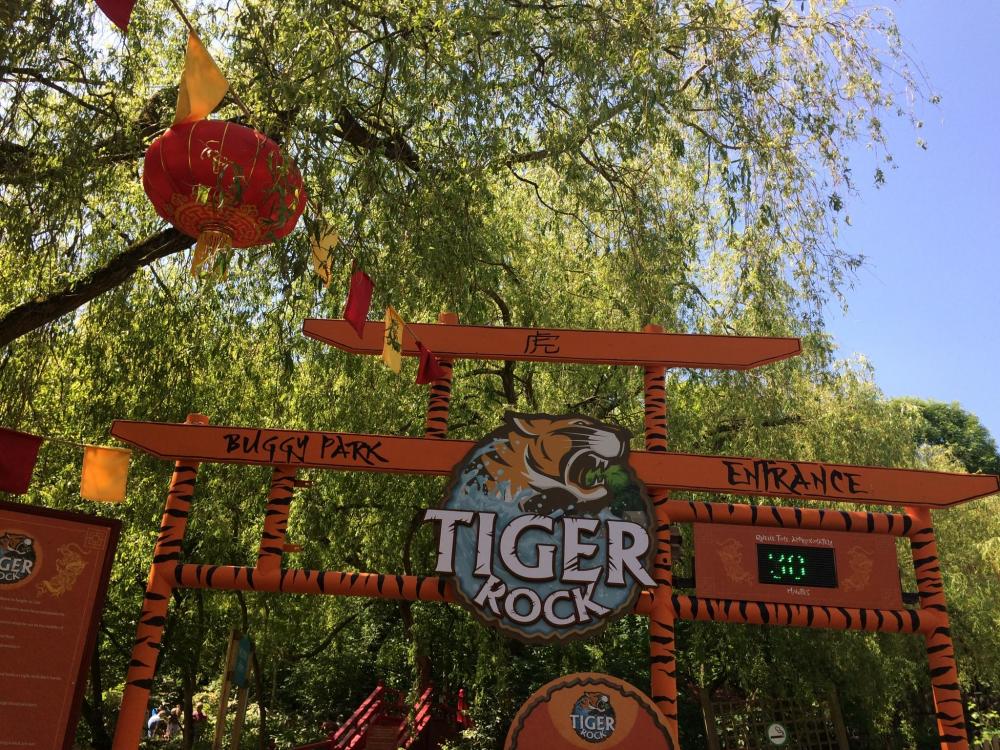 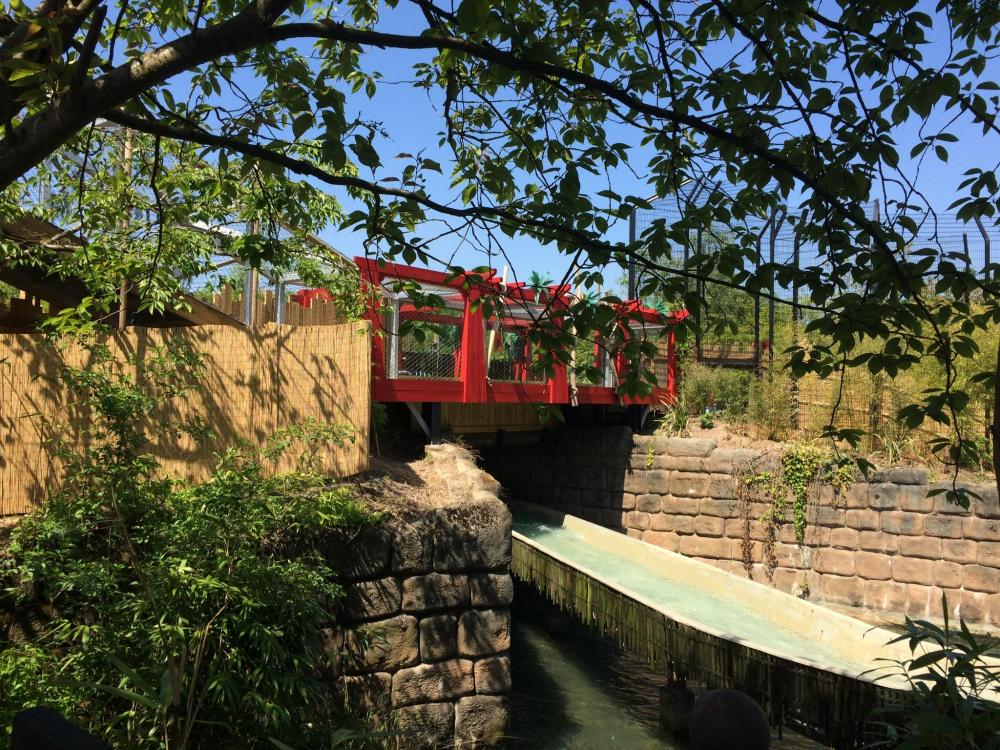 Land Of The Tigers has breathed some new life into area and Flume ride, giving it a fresh identity on the whole as Tiger Rock. Whilst not without it’s flaws, the retheme can be seen as a much needed upgrade, from it’s stunning station to the impressive new theming on the main drop. It’s a shame some areas couldn’t have seen more work, such as theming on lift two and tunnel exterior, however I doubt they were offered enough budget to carry those out sadly.

Whilst it’s no Chiapas (and was never supposed to be), I like most of what they’ve done which is probably now my favourite U.K. flume ride, which isn’t difficult to be fair. It may not look as good compared to it’s early years, but is much better than the ones between it.

Seven Out Of Ten. 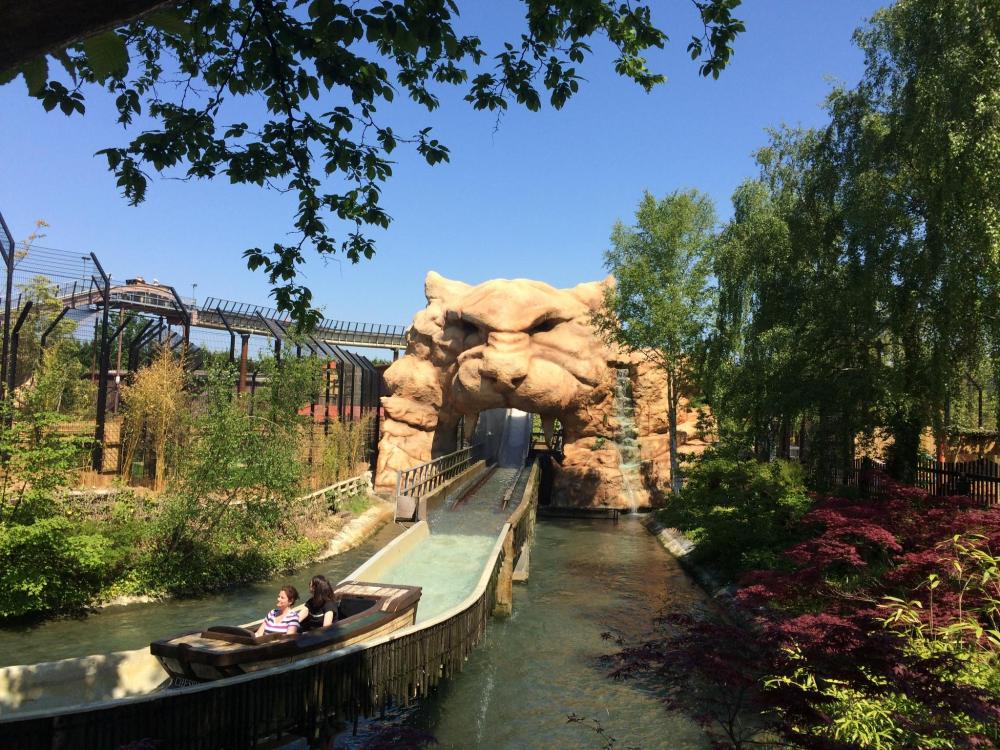 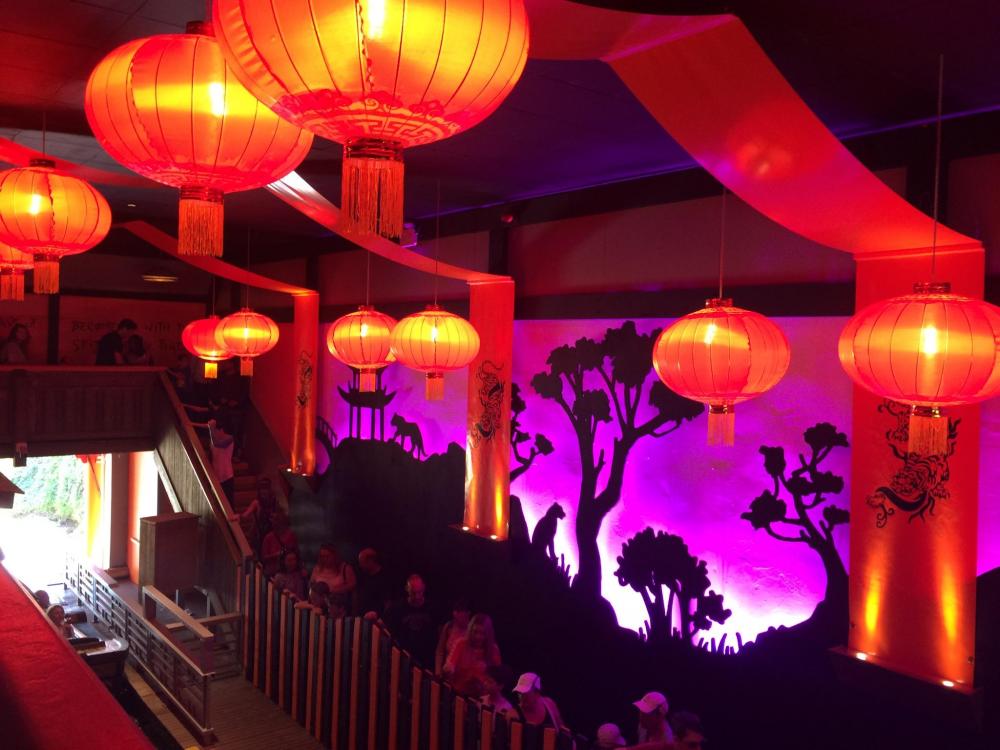 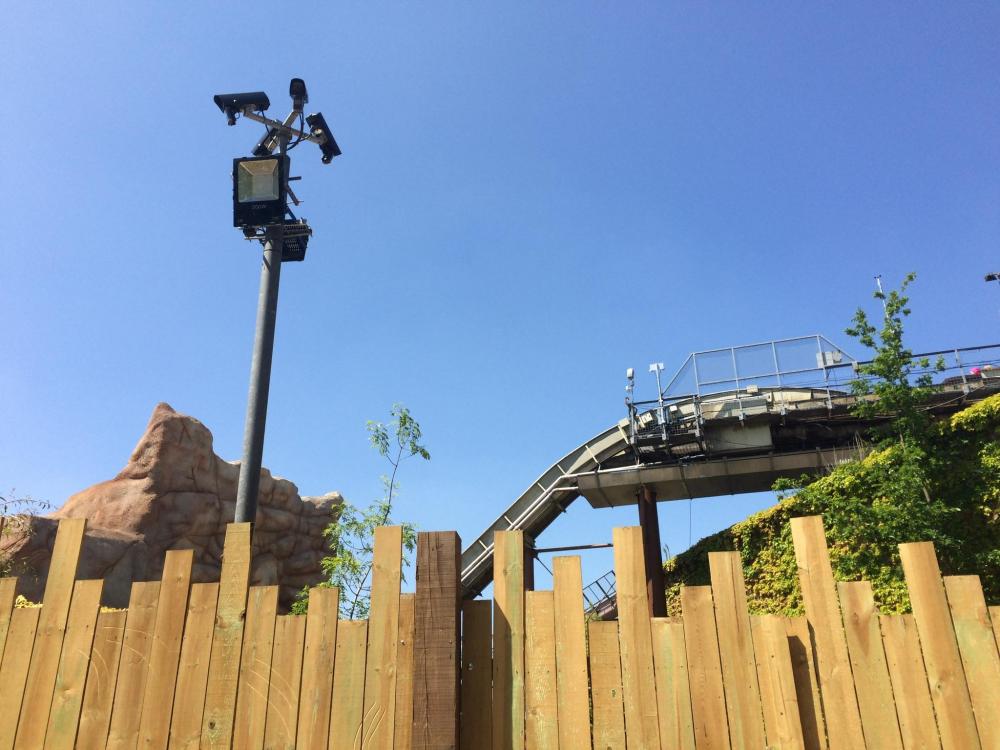