This has been an attraction I’ve been following for a very long time, I just knew that if the ride was going to be as good as the facade, then Universal have done it again. Boy oh boy have they done it again. They have well and truly hit it out of the park with this ride. From the moment you enter the queueline, to the moment you step out of the mammoth ride vehicles at exit, you are fully immersed in the world of Kong.

The story stars with myself and Amarghh regularly checking to see if Kong would soft  open each day for the past week. We had been past when construction walls were down but they were doing previews for team members whilst they ironed out any problems. Today, they were planning to do previews from 4-6PM, but the park shut at 8 so we knew there’d be a chance of soft opening for guests from 6-8PM. We were making our way through CityWalk at 17:55, half hoping and half waiting to be disappointed for softs, when we saw on Twitter that TM’s had told guests to start forming a line outside of Kong. We ran… and we are so glad we did because shortly after they closed the queue for it. Talking of the queue, it was proper scary.

So obviously you start at the entrance to the ride, with the large rock work Kong sculpture dawning down on you, the intimidation starts early. Weaving around the outside queue, with good views of the ride vehicle swooping past you, you slowly make your way into the ride building and the anticipation builds. There are multiple animatronics, scares and sounds in the queue line that help to make it a part of the attraction.

You will be greeted by an animatronic of an old witch like lady who is summoning Kong, at the end of her speech comes a large roar from the gorilla himself (don’t worry, this one doesn’t get shot). There are fire effects going off around her, and you are making your way closer to her throughout this part of the queue.

In the background you can also hear native chanting, which really helps build anticipation and makes it feel like you’re being watched at all times. This is where the HHN style queue line actors come into play, yes, queue line actors. There are obvious peep holes where the actors pop out from, but me being me was expecting them not to be around for this soft opening. I peeked my head into the hole to see where they’d be and a loud sound came from the hole followed by an actor jumping up. I crapped myself. Throughout the queue you can hear people screaming and actors jumping out, this really does make you feel immersed in the story with the natives watching you and making you feel uneasy.

The carved rock work in the queue matches outside of the entrance, it’s fantastic. There are skeletons, demon body things etc carved into the walls to really make you feel like you’re in this old cave.

There’s one amazing animatronic of the slug/snake/worm creature that is very freaky, every 30 seconds or so it’ll start moving and hissing at you, very cool stuff.

Gradually you make your way towards the station and a massive truck greets you, it carries around 72 people I think? So you’re batched into rows of 6 (I believe) and put into this truck. These trucks are so clever, they are all controlled wirelessly with no drivers. In the front of the truck is a tinted window with an animatronic driver sat there. There’s 5 drivers that you can get, each one has their own storyline that they give to you during the ride.

Now onto the ride itself, it’s brilliant, it really is. You make your way out of the cave and round a winding track, until you’re faced level with the large Kong doors. They swing open and you head inside. On your left hand side is a large skeleton and on the right are some very cool large animatronic bats. You stop shortly after this to a screen portion of another vehicle being attacked by some bats, which carry one of the characters way and you give chase. One thing I want to say here, is this screen part and the next are very very brilliantly done. Some screen based rides I find disappointing and unrealistic, but not this. They blend in with the physical cave elements very nicely and give a lot of depth to the cave.

So you speed off to the next scene which is also screen based, and has the characters being attacked by the large worm creatures (the ones like the animatronic in the queue). Your vehicle starts moving up and down slowly in this scene, I guess it’s some sort of muddy/quick sand area. The creatures attack the vehicle but the badass main lass in it shoots the crap out of them which sprays  you with ‘blood’. Unfortunately, one of them grabs her and takes her away and you never see her again. The whole time this is going on, your animatronic driver is narrating and pooping their pants (depending on which one you have).

This is where you come up to the main 360 dome screen part, with dinosaurs and Kong himself wrestling all around you. There’s a lot of movement with the vehicle in this part as Kong throws you, climbs over you and catches you before you fall to your death. It’s done so well and you’re continuously looking from left tok right to left to right in your vehicle to catch all the action. It really is going on all around and on top of you! What I don’t like about this section, and what brings the whole attraction down a notch, is that if you are sitting on an end seat then you can very clearly see the bottom of the screen next to you. Whereas if you sit in the middle you can’t see the edge of the screen.

You zoom off to the final part, which for me is honestly the best part of any theme park attraction I have ever done. A three story high (you only see from the waist up, he’s huge) animatronic Kong. This animatronic might well be one of the best theme park attractions ones ever done, the facial expressions are perfect, the sound coming from him is crisp and you can smell his breath! The best part is you slowly crawl past right next to him for like 30 seconds, so it’s not a blink and you miss it (ayyyyeti). But yeah it’s a brilliant and massive animatronic that does look very realistic. I love it!

All in all this is a really good attraction from Universal. It’s not their best (doesn’t beat Harry Potter or Spiderman for me) but it’s a great ride. My only negatives from it are the ability to see the edge of the screens on the 360 dome bit if you sit on the end, and the fact it just seems quite short? It’s supposedly Universal’s longest ride, but it seems like it’s finished so soon? It might be that the excitement of the opening day of it has got to me, so I will try and ride it as much as I can over the next week. But I know this is going to be a very popular attraction for the park!

Final point, we broke down on this just as we were about to enter the cave, which sucked and killed the momentum of the great outside portion. But the staff were lovely and let us go on it again straight away! Another great thing which I love with this ride, if anyone tries to stand up in the vehicle the animatronic driver immediately tells them to sit down!

Enjoy some photos I took 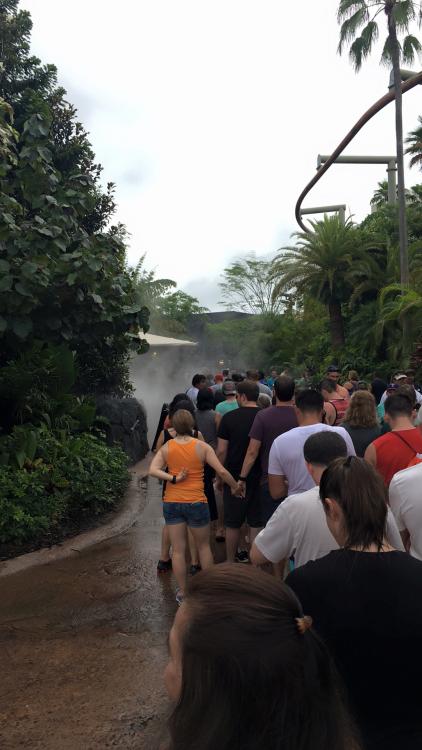 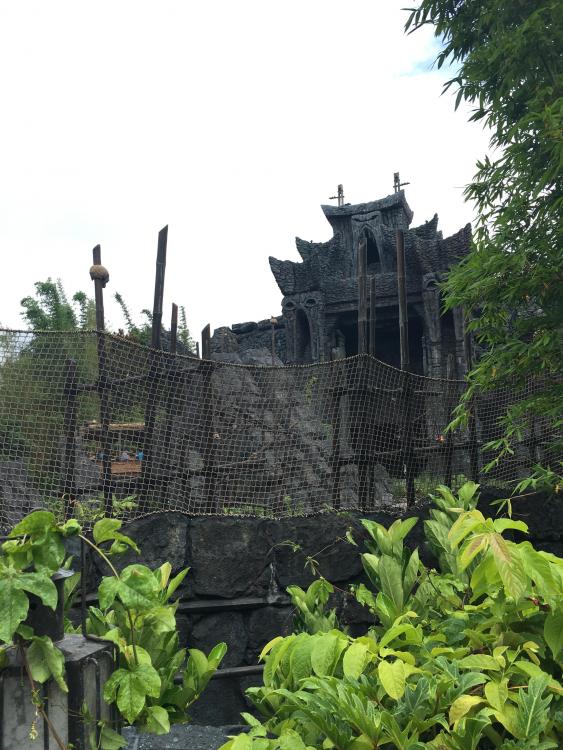 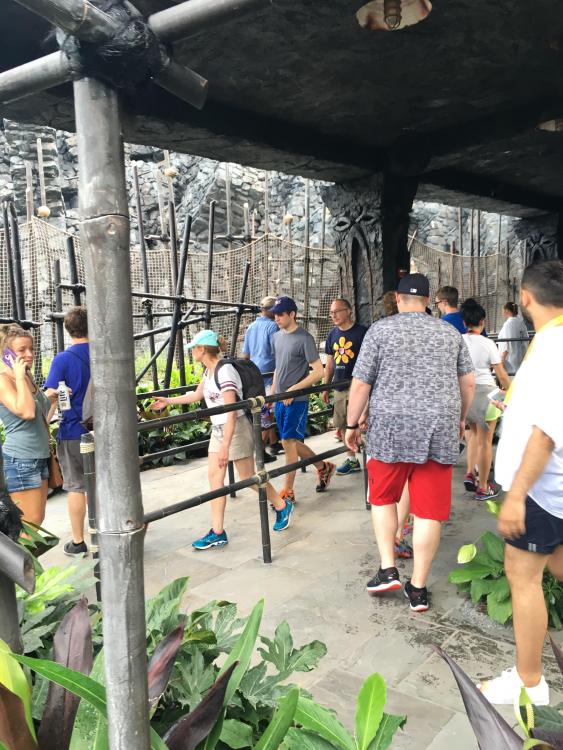 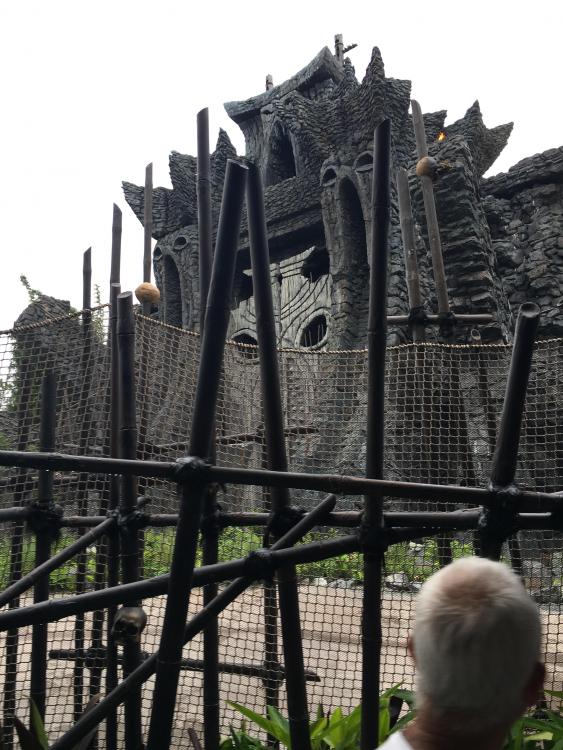 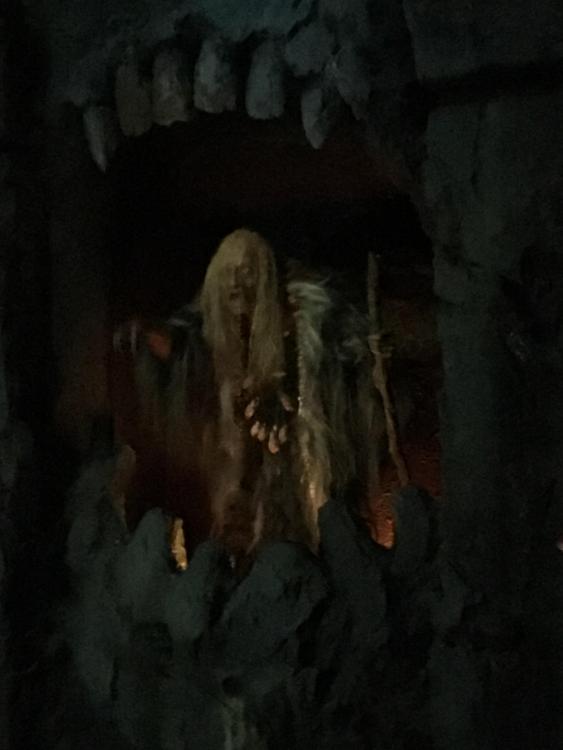 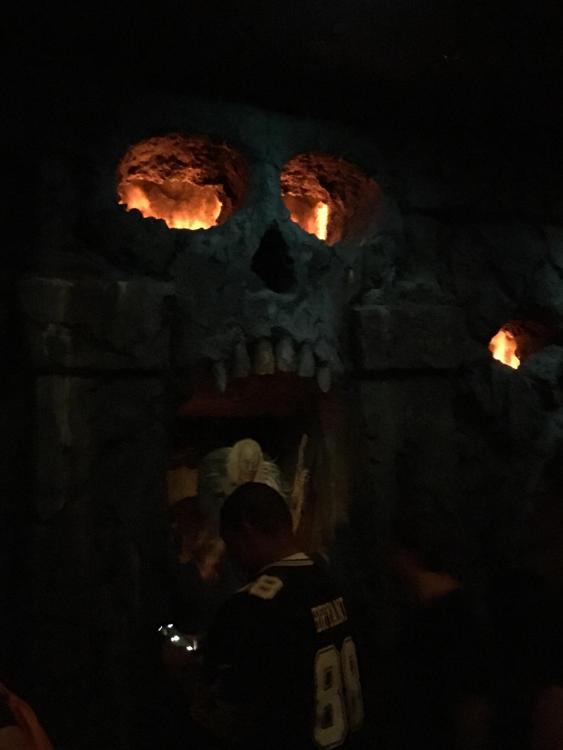 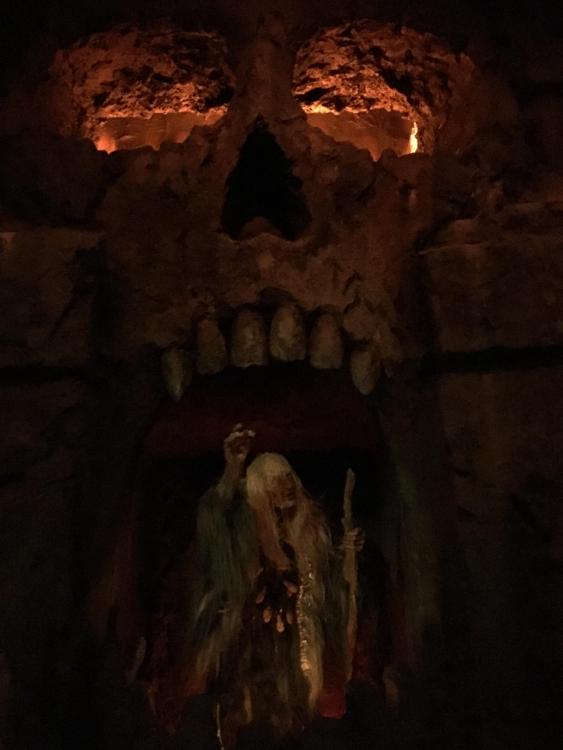 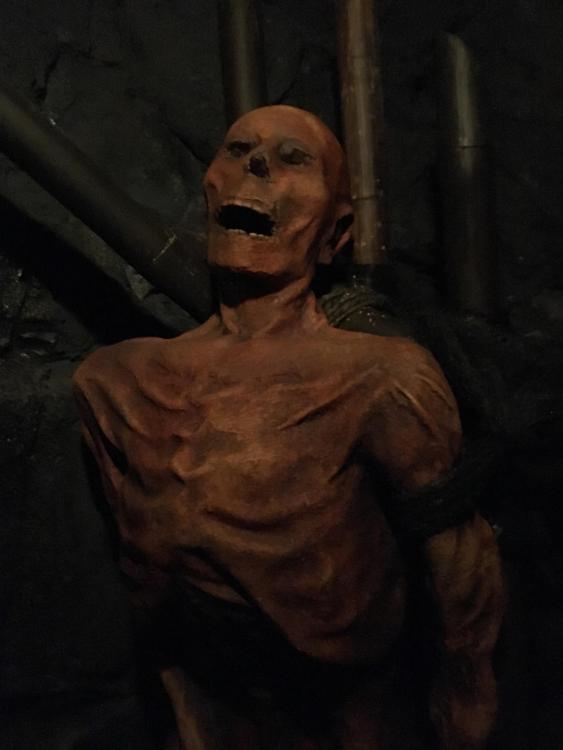 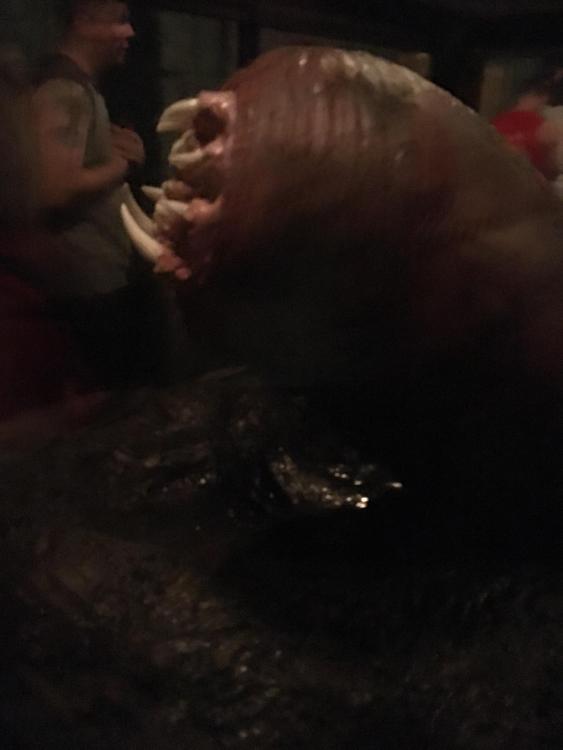 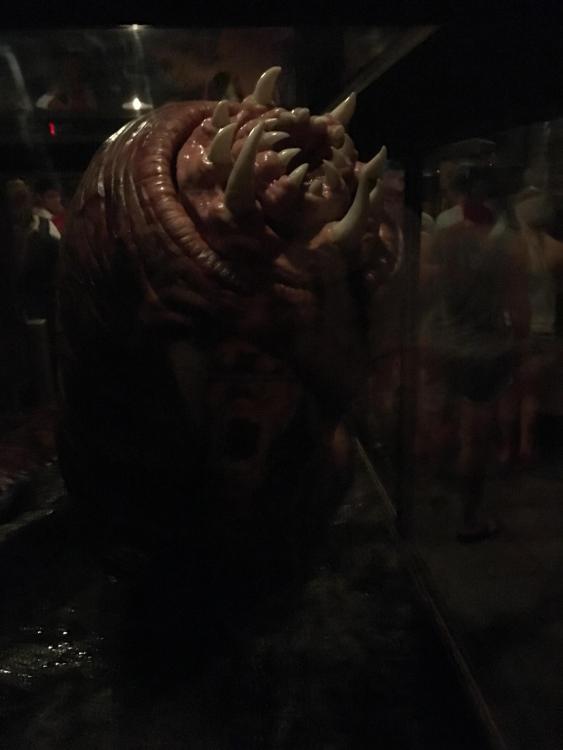 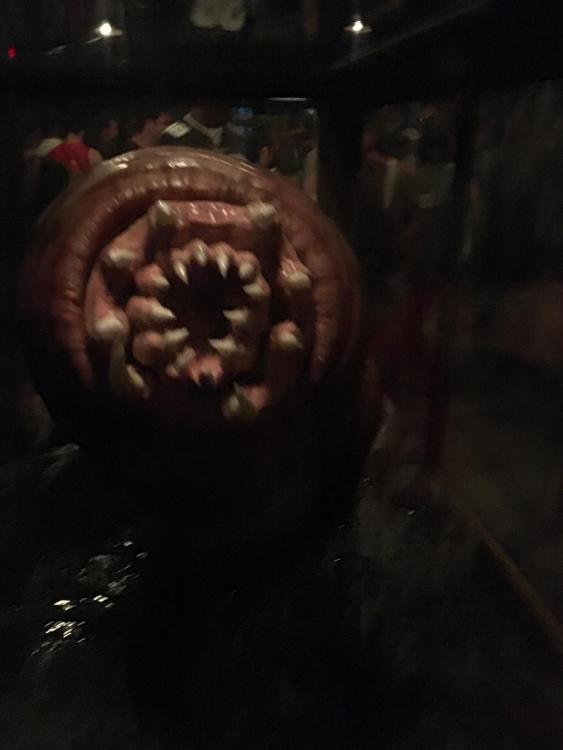 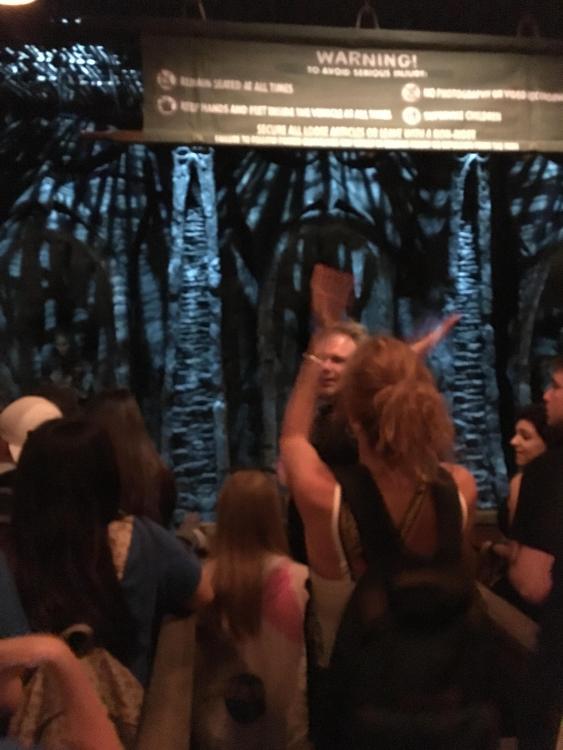 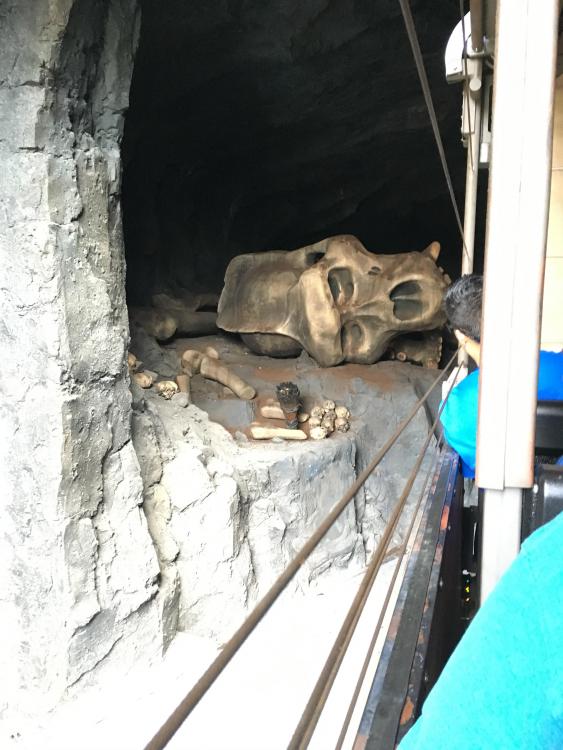 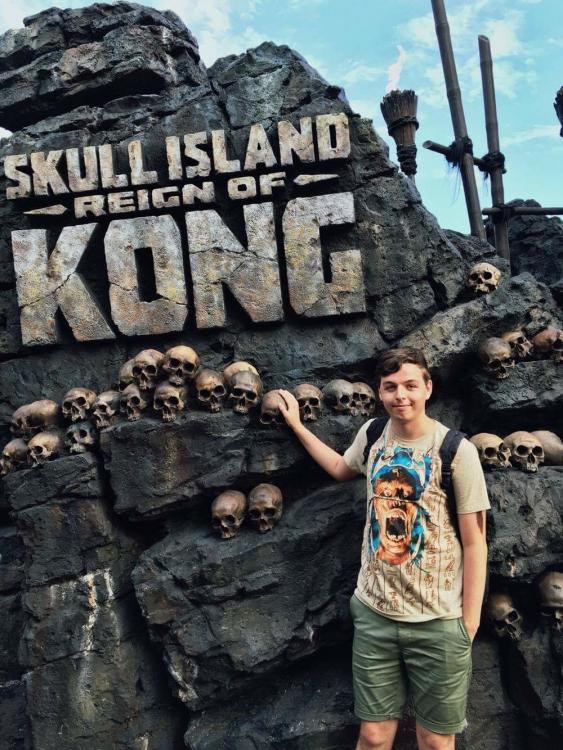