Liseberg caught my attention in 2014 with the launch of Helix, and has since been very much on my agenda to visit.  With it being my first non-UK park, there were high expectations and I was extremely excited to visit.

Firstly, looking at the park itself, it’s absolutely beautiful.  The location in Gothenburg is amazing and I like the fact that many of the rides are built into the hillside, whilst also entwining between each other; it’s very Blackpool-on-a-hill ish.  Helix has a fantastic presence and I really like the way it entwines between Lisebergbanan, the log flume and various other rides.  In turn, Valkyria stands out and the view looking down from the top of the hill is fantastic. 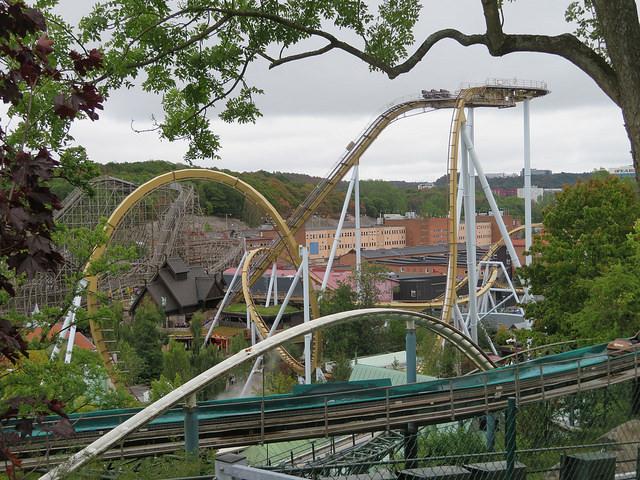 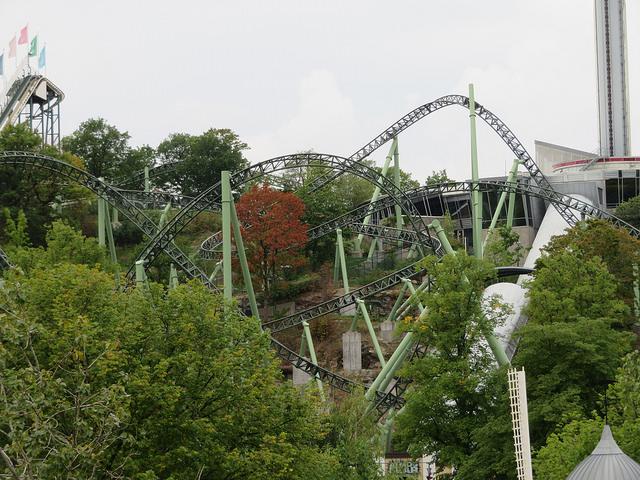 Another thing that struck me was that the park must have a fantastic landscaping team; the gardens were all spotless, as were the buildings, queuelines and surrounding areas.  It really puts UK parks to shame in terms of presentation.

Unfortunately, I was disappointed with the operations at the park after hearing great things.  Helix runs three trains but has terribly slow dispatch times, it was stacked on all three trains every time I was on the ride and/or watching from elsewhere in the park.  I feel a lot of this is caused by the (unnecessary) seatbelts, as Icon at Blackpool doesn’t really have this problem.  In addition, operations on Valkyria were equally slow with the ride stacking all 3 cars on almost every occasion.

On a more positive note, Lisebergbanan is a fantastic queue shifter, as are the Flume Ride and Rapids.  Furthermore, the park was extremely busy on Saturday and Sunday, and I feel the park held together well with minimal breakdowns and generally a well organised feel, even if some of the throughputs were lower than I would have hoped for.

Finally, before looking at the rides, catering let the park down massively in my opinion.  The Max burger outlets all had queues out of their pens, meaning we ended up queueing 45 minutes for “fast food” – the other more upmarket options are pricey but the wait times are generally lower.

Approaching the ride, it has an intimidating presence with fantastic landscaping allowing you to get really close to the ride’s drop, and a forced-perspective of the ride station at the top of the steps.  The queueline is standard cattle pen for the most part, but there are some theming elements throughout and the theme music plays. 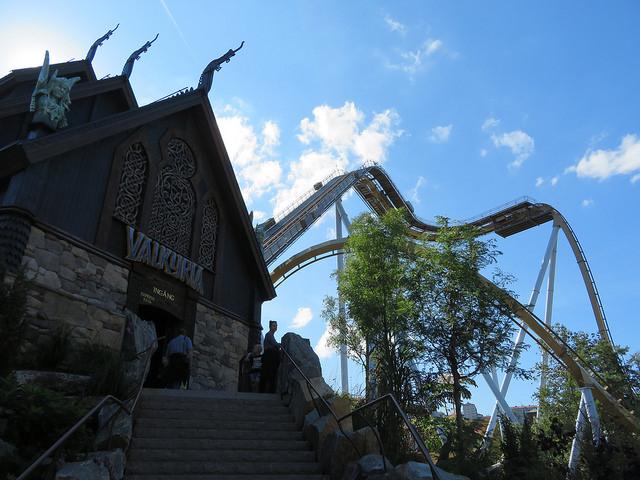 Inside the station, two faux fire plinths create a fantastic effect, as does a projection of a Valkyrie on the wall at the far end.  The music plays louder in here, and the atmosphere is very dramatic. 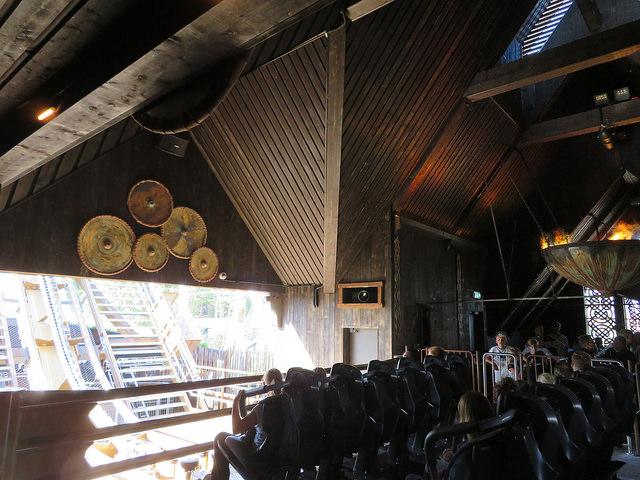 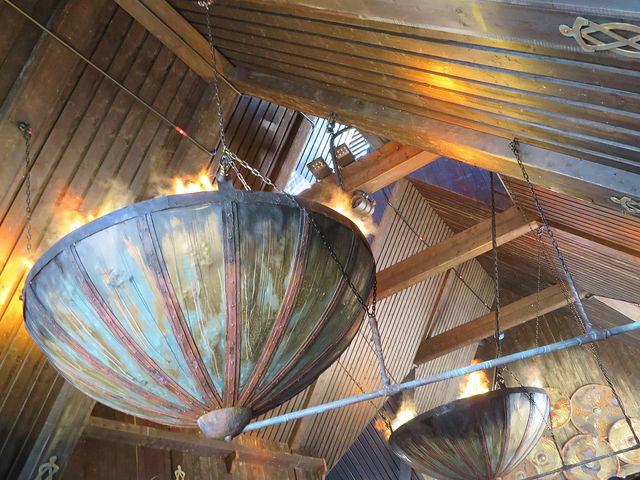 Onto the ride itself, the fast lift hill is followed by a wide turn with fantastic views of Gothenburg and the surrounding rides at Liseberg.  You’re slowed down before the holding break is used; I found it holds you for significantly longer than Oblivion, and the views over Liseberg are followed by a sudden plunge into a mist-filled tunnel.  The effect is very good here, as the angle you enter the tunnel mean it acts as a head-chopper; at night, the mist is lit in blue which adds further to the effect.

Following the drop, you enter an Immelmann before taking a fast-right-hand turn into a zero-g-roll.  I found the roll provided a strange sensation, as it’s taken much faster than most yet feels as if you “float” through it.  The turns which follow are fun, with a small moment of airtime offered depending where you are sat.  Following this, I found the final heartline roll to offer another floaty-sensation. 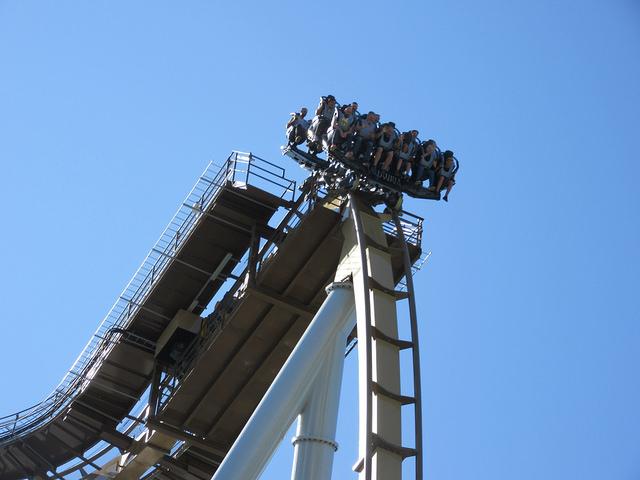 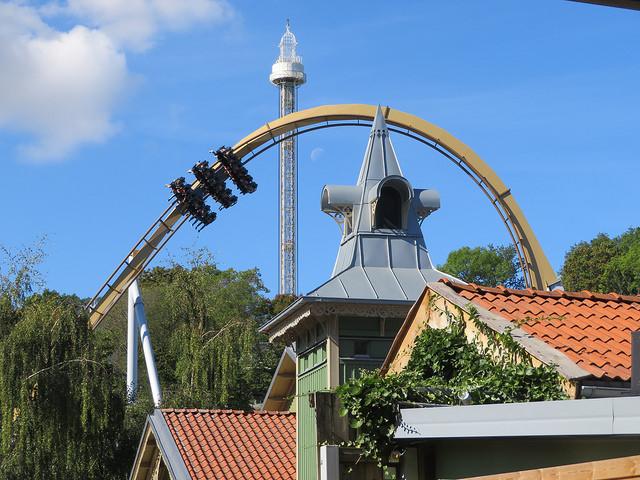 My verdict on Valkyria is that it’s a very fun and floaty coaster, but lacks high levels of G-Force.  Whilst I prefer Oblivion’s first drop due to the restraints, and longer tunnel, I feel that Valkyria is a much better attraction with it being a full-length coaster, and the theming is solid.

Helix was the main reason for my visit to Liseberg, and with a similar ride being introduced to the UK it was finally time to go and ride its main inspiration.

I find the ride’s presence around Liseberg absolutely stunning, it feels like it’s carved into the hillside and fits in perfectly around the park’s other attractions, whilst also maintaining a stature of its own.  At night, it looks phenomenal with the light only coming from the ride’s trains.

Entering the queueline, the ride’s soundtrack immediately becomes audible as you navigate (or queue!) through a high-tech feeling metallic queueline.  It reminded me of a classy version of G-Force’s queueline, but MUCH better. 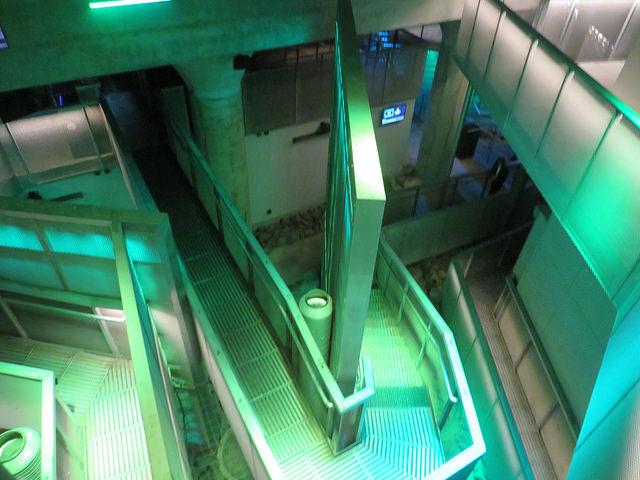 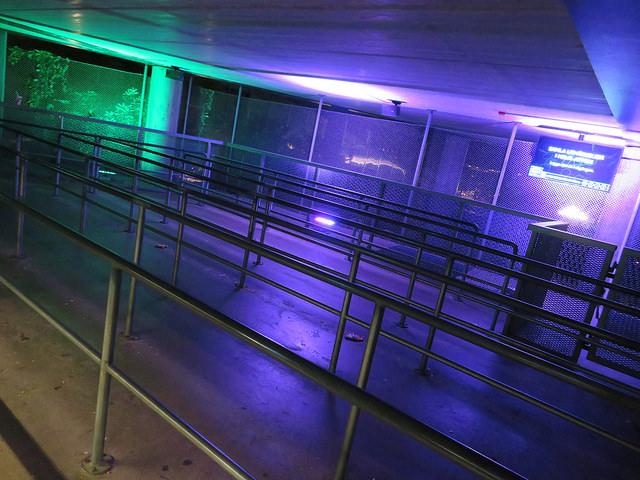 The ride’s station is fairly standard, but the ceiling dispatch lighting adds a lot; especially once night falls.  The theme music plays loudly in here, but is sadly interrupted by the seatbelt announcement each time the train loads.

Dropping out of the station into the first inversion, some hangtime is experienced before turning into the first launch.  With a small burst of acceleration, you are thrown into a zero-g-roll, then a turn/airtime hill before entering the next two inversions.  I found the ride picked up some good force here, to then throw you into the airtime hill.  I didn’t experience much airtime here, however the sensation on the next zero-g-roll felt oddly jerky, as if the train is constantly catching up with itself; I think this is due to the track profile, but I actually really liked it! 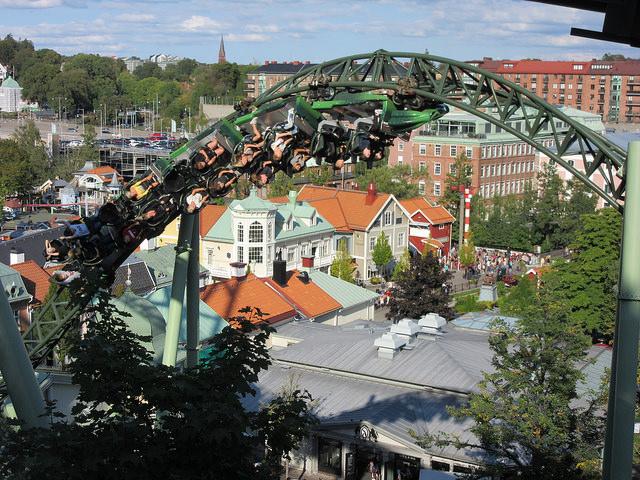 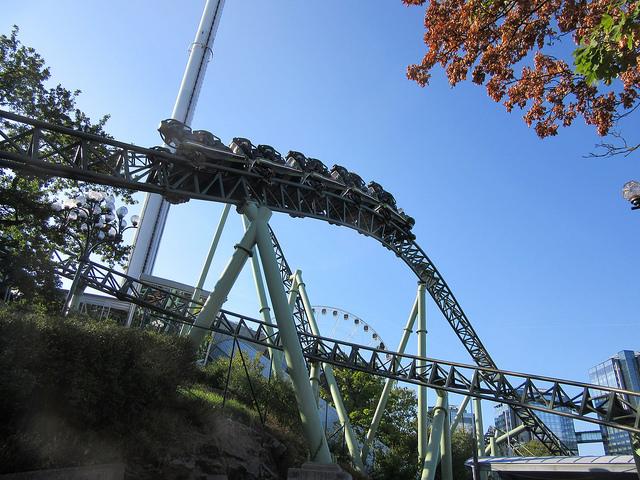 The next section was my favourite of the ride, as you are thrown into a mini-airtime hill before entering a “helix” with extremely high g-forces experienced!  The turn that follows this was very weak by comparison, though the tunnel makes it more fun I guess.

Entering the second launch, you enter the ride’s tallest inversion.  I found this quite weak, and much prefer Icon’s Immelmann as you experience a lot of airtime coming down from it; whereas on Helix, you turn whilst inverted meaning there isn’t any.  After exiting this you are thrown into a huge airtime hill, which produces fantastic ejector on the back row.  Entering another high-g turn, you navigate some S-turns before entering the final heartline roll, which had some amazing hangtime. 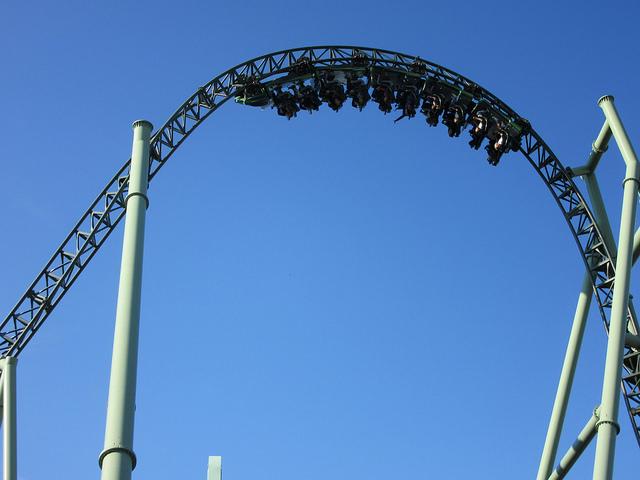 Overall, I found that Helix is a very good, solid coaster with a decent length.  With that said, I don’t rate it as highly as many others do.

Balder was much anticipated by myself, being a fan of wooden coasters.  The ride’s queueline is a horrible mess of mesh and cattle pen but putting that aside, it’s a really awesome ride. 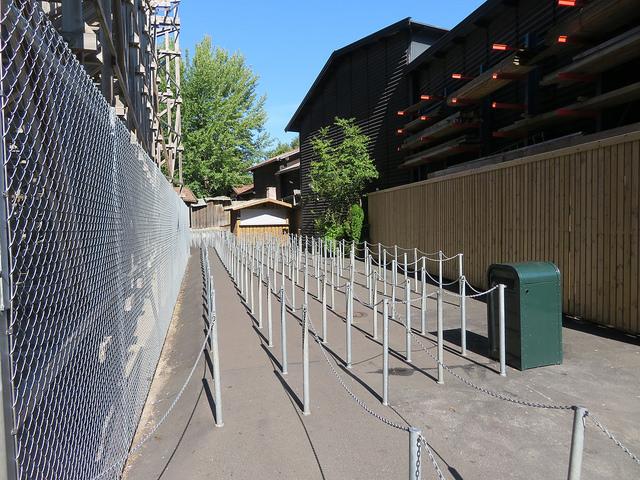 I was surprised with how steep (and fast!) the lift hill is, and much like the other rides at Liseberg, fantastic views are offered.  The first drop is fantastic and provides some fantastic airtime, a trend that continues throughout the ride. 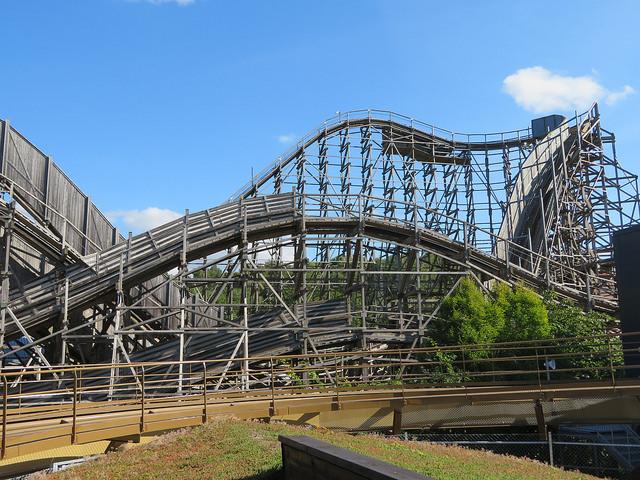 The bulk of the ride’s layout is made up of airtime hills taken very quickly, meaning that there’s insane ejector in almost every hill.  A particular highlight for me was the hill taken fully in a tunnel, as it feels like you’re being thrown up towards the ceiling.  In addition, there are a huge number of VERY close head choppers throughout the layout, which combined with being thrown out of your seat at the same time genuinely made me feel uneasy! 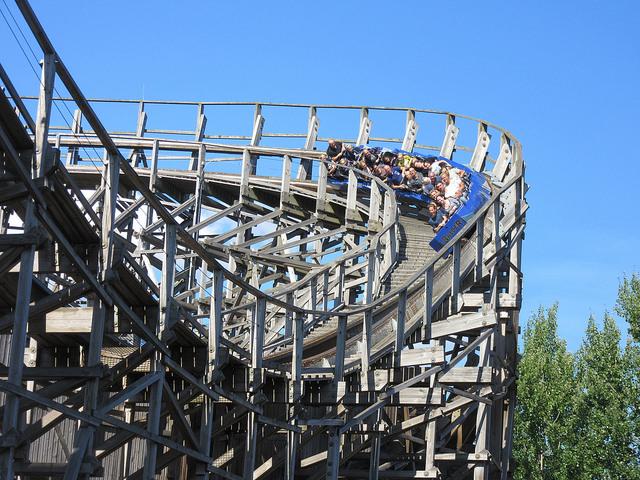 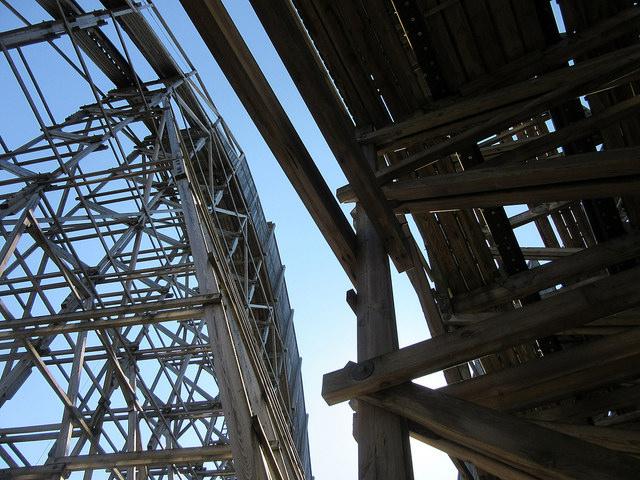 Overall, Balder is a fantastic wooden coaster.  It’s much smoother than other woodies I’ve ridden, but the airtime is sublime.  The ride experience improves massively at night, with the tunnel providing a moment of pitch-darkness.

With that said, I did find it very formulaic and the layout feels methodical as opposed to out-of-control, making it an entirely different experience to rides like Megafobia.  It’s great fun, but I couldn’t help feeling on the last few hills, “it’d be great if the ride did something different now.”

Lisebergbanan is a fantastic coaster which makes use of the terrain, much like Helix.  A lengthy ride is experienced, with plenty of force on the corners.  I also loved the three turns taking you down the hillside through the tunnel, though the brake run is brutal!  The ride station is one of the best I’ve ever seen, as is the ride’s capacity. 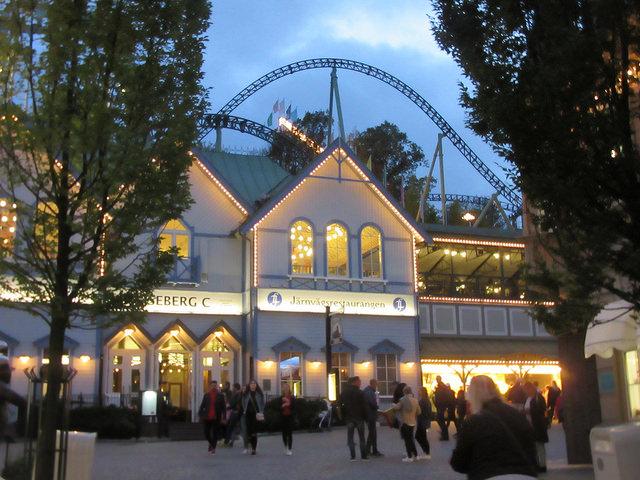 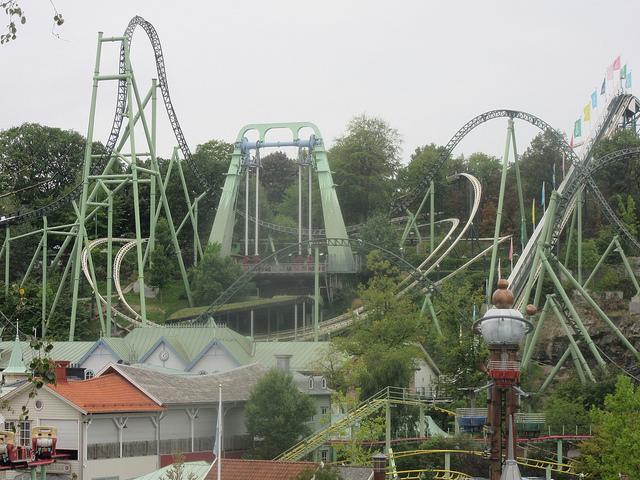 Atmosfear is a brilliant drop tower, whilst not as forceful as some the views are impressive and the height fantastic, and I liked the fact that the drop feels much longer than similar drop towers. 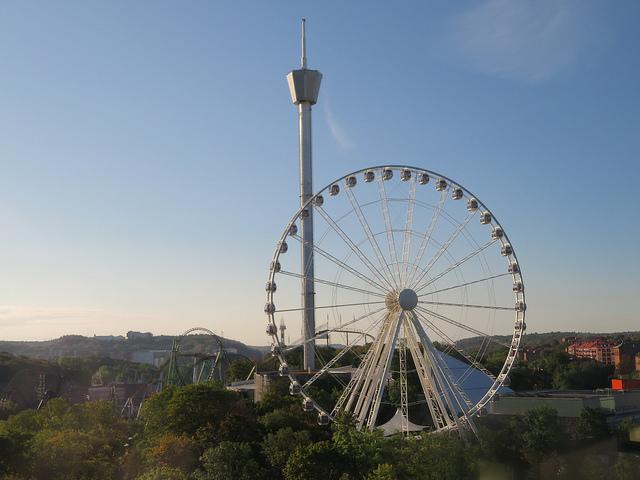 Loki is an incredible flat ride, and may be my new favourite (was previously Slammer at Thorpe).  The ride’s restraints mean that incredible airtime is offered, as well as a huge amount of force on the way down.  Close interactions with Balder also improve this. 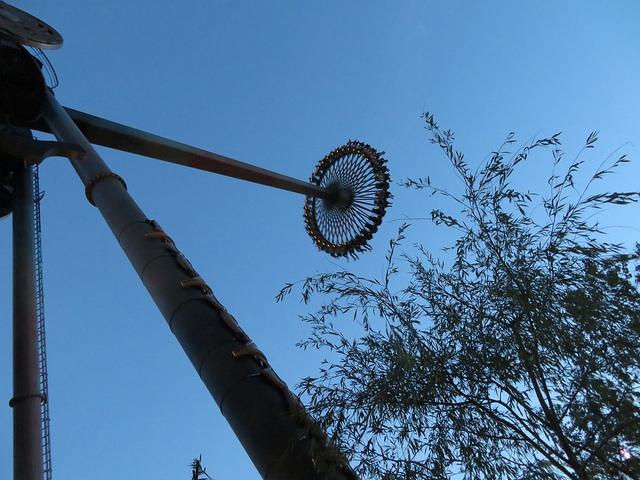 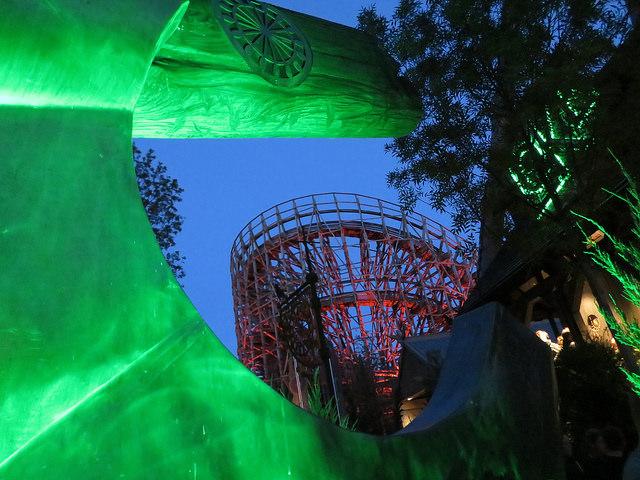 The biggest surprise of the visit for me was Mechanica.  I absolutely adored Bling at Blackpool, like I remembered it being amazing.  But Mechanica was (to put it as politely as possible), utter rubbish.  We had two rides on it and only experienced one good moment, the rest was awkward shuffling from side to side and aimlessly swinging.  The noise it makes is amazing though.

Flume ride is amazing, my absolute favourite log flume.  It’s taken at a very fast speed, and the hillside location makes for stunning interactions with the coasters.  I found the last two drops to be a lot of fun, with just the right level of wetness to be fun but not stupidly wet.  Similarly, the rapids were also brilliant fun, and it was nice to see that they still use all their water features unlike UK ones. 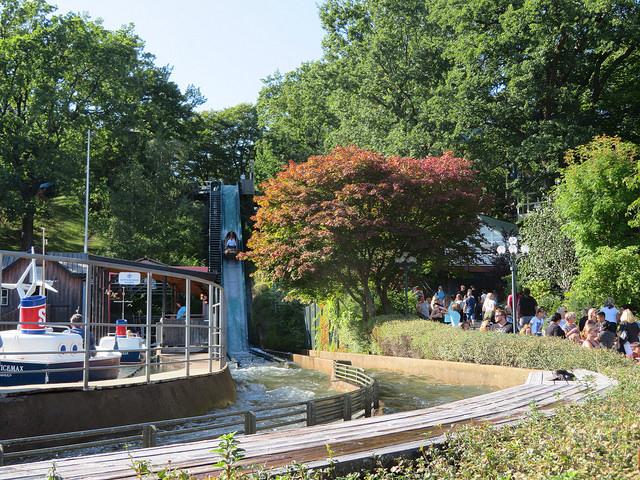 Overall, I found Liseberg to be a really nice amusement park.  It’s clear that they prioritise quality in everything they do, with the rides all being comfortable, well presented and fun.  A very easy abroad park to do for the first one, too.  A few more photos below 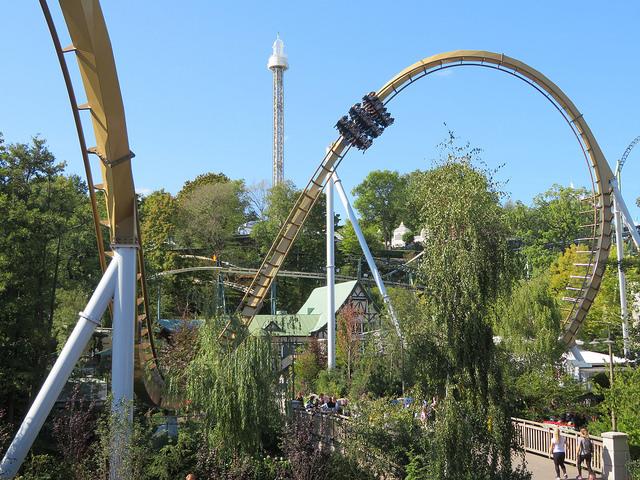 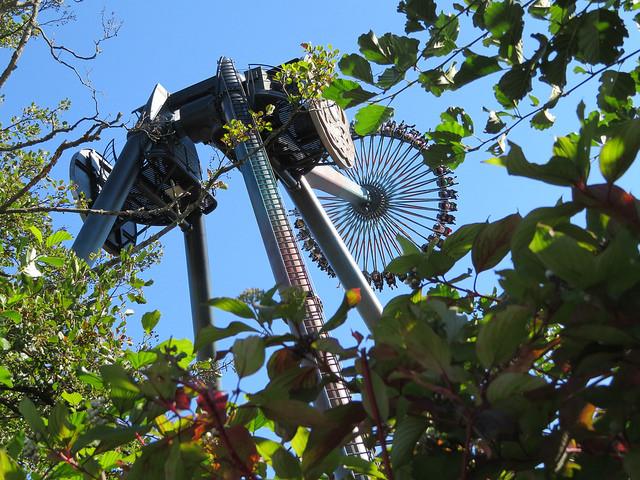 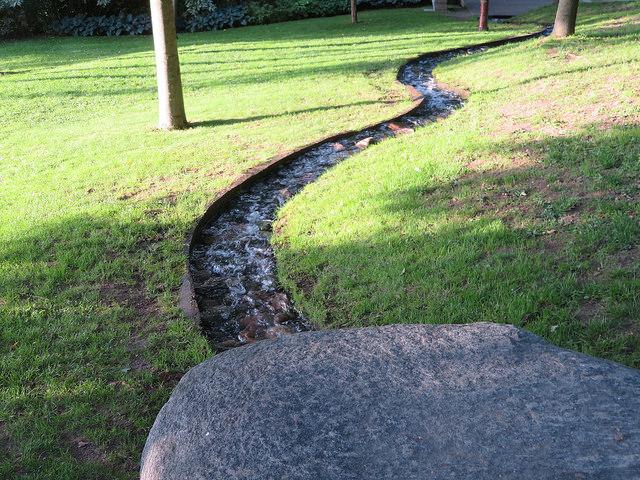 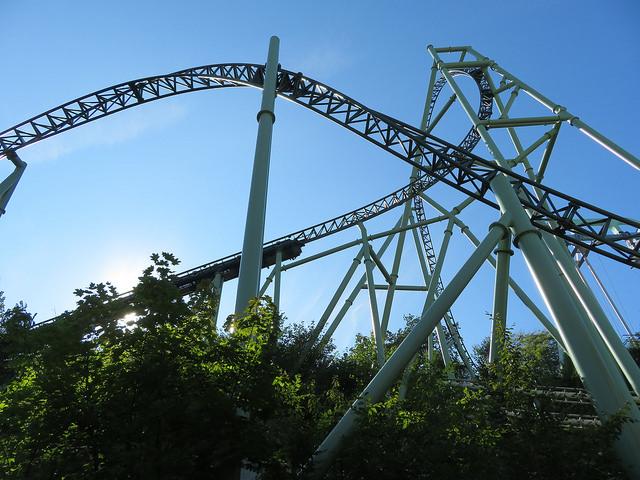 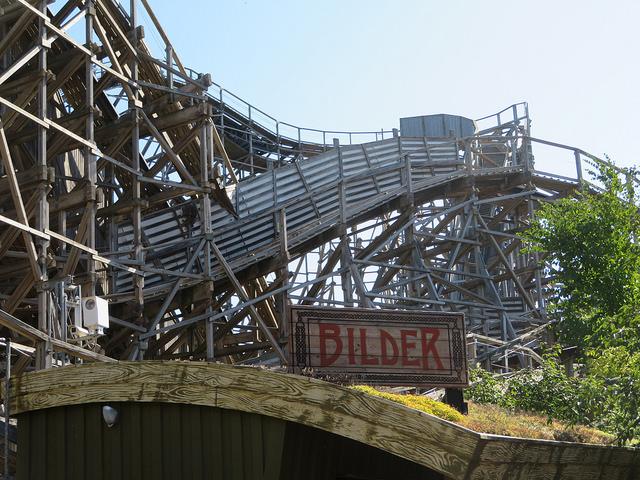 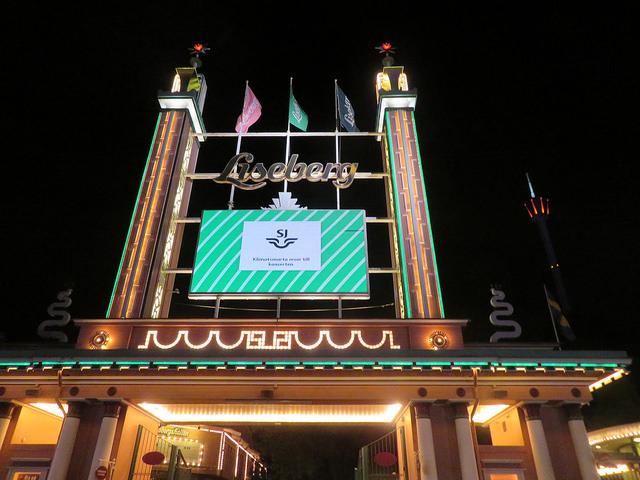