My second year at Tulleys started off with high hopes following a brilliant event last year. We were fortunate enough that it didn’t rain on our visit however all the queues and plenty of tables are under cover if it had of rained.

The whole event was just as immersive as before with street actors being the first to greet you as they roam around the open areas and even lurk in the bushes!

Before you continue, note that this does contain SPOILERS so avoid reading further if you don’t want to know what happens in the mazes.

On to the haunt reviews in the order we did them:

We started off with the least scary maze to get us in the mood. It felt similar to last year, had quite a few scares from the actors. The cottage was quite dark and atmospheric in places. Not too scary but the groups were well spaced so we never caught up to another group resulting in good actor interaction. Many of them are chanting gibberish that sounded kind of like Latin which was certainly creepy. Overall a strong Tulleys classic.

The Witch themed maze was pretty much the same as last year. It starts off with the inflatable laser room with actors hiding below the lasers. I had a good jump scare from at least one here! The outdoor section was creepy but you could still see the actors coming here like last year. The actors in the cottage were targeting more scared people in our group, if you show fear you will certainly be picked on more! Just coming out of the cottage some, I’d say late teenage boys were properly jump scared by an actor who made them scream and run which was hilarious. The final scene with the caged witch was just as impressive. I’d still like to see some more separation in the outdoor sections but the rest I enjoyed.

A great show which I’ve never seen before. There was a rather camp Vampire as the host who introduced a range of impressive acts; sword balancing, sword swallowing, fire eating, burning limbo, nose drilling, high ribbon acrobatics, contortion, cutting string out a stomach and more. The show was well paced and not too long. I found it very entertaining and in the end, definitely worthy of Tulleys lineup this year.

This maze was one of my top favourites this year. The actors in here are brilliant and highly interactive. Practically everyone in the group was picked out by someone. They’re funny yet sinister, making comments about people coming through. The electronic circus soundtrack and bright UV paint make it such a fun maze too. There are a few funhouse elements such as a shrinking corridor, inflatable corridor and a trommel tunnel. In summary a highly interactive maze.

I was fearing this maze the most from last year however I feel like it’s been toned down this year. Don’t get me wrong, I still think it’s a brutal maze but last year it was overwhelmingly intense. The lights which used to go off for a few seconds that I found horrible in the narrow corridors has been replaced with a constant, slow strobe. The actors don’t get up in your face with the chainsaws either and aim them lower down. As much as it is a bit of a gimmicky maze, it’s still a horrifying experience that I think I could attempt again now it’s not as insane. The blood stained corridors are endless and you’re constantly looking around corners. 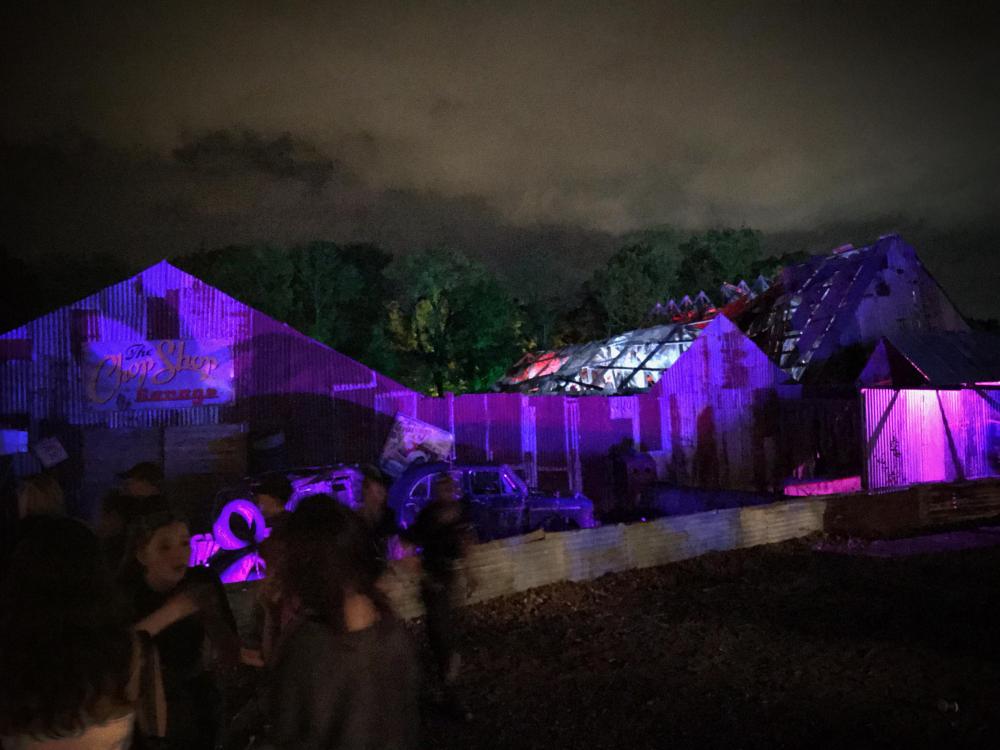 The epic, extended version of this maze returns stronger than ever this year. Endless fields and pitch black tunnels combined with an army of tribal actors makes this my absolute favourite attraction at Tulleys. There’s a very surreal moment where you leave the fields and enter a completely white container filling with smoke the further in you went. Actors wearing gas masks and bright coloured eyes stopped me and stared directly at me without saying a word. Honestly I thought I was hallucinating at that point and it was unlike anything I’ve ever experienced in a scare maze before. In the fields the actors follow you from behind moving in and out of the shadows. There are lookout points, walkthrough huts, campfires, dark tunnels, a catacomb and the end being the narrow chainsaw corridor on the other side of the farm. Even when there are no actors in certain sections, the completely dark and quiet fields and tunnels keeps you on edge making eventual encounters even more frightening. I can’t praise this maze enough, the scale and layout of it is just epic. 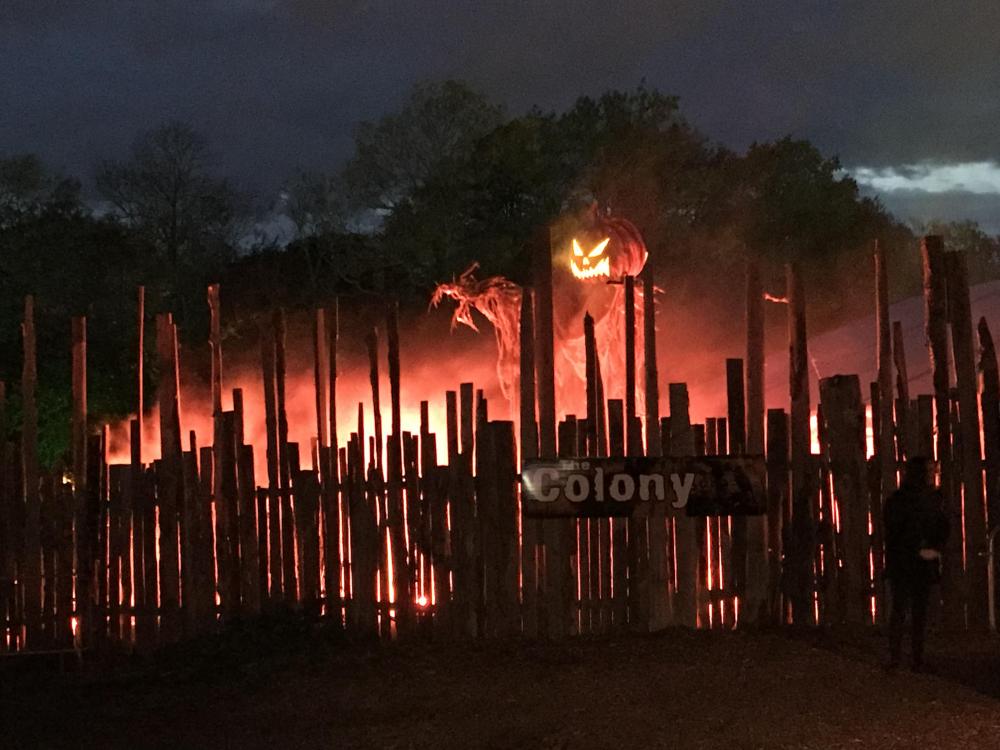 A special attraction only found at Tulleys, it was very enjoyable. Many scenes remained the same as last year with the highlight being the amazing actors jumping on and off the tractor on the way round. The big effects returned too with plenty of fire, a few air cannons and falling platforms. The only thing I missed from last year were the pole dancing nuns. Still a must do at Tulleys as you get to have a nice sit down ride while the actors come to you.

My other favourite maze at Tulleys has been improved and extended this year. Plenty of animalistic actors jump scare you from hidden corners. A large snake head coming out of the wall at one point was completely unexpected. The new strobed cage maze was brilliant. Very disorientating. Every section of the maze had an actor in there this year.

Tulleys hooded maze was pretty much the same as last year. The bags completely black out your vision and there is clear instruction from staff before you start. you go through the cold wind to an area where actors sneak up and whisper demonic noises in your ear. You go past some flowing water and then into the flamethrower room. Again you can feel the heat from it every time it goes off. A staff member instructs you to remove the hood at the end so you can remove it yourself. Then you exit, or do you? You go through a meat room with hanging bodies and a cage maze with falling barrels. After getting round the actors here, you exit the maze for good. I’m not a huge fan of hooded mazes but this does have elements for your other senses so it doesn’t feel completely pointless. Personally I just don’t find this type of maze as scary.

In conclusion, the event has largely remained up to the same high standard with many improvements made. It was a fun night of entertainment with only just enough time to do everything on offer. Already booked a bounce back to go again!