*This blog is getting bumped rip*

So I have to admit that during late 2017/early 2018 I was incredibly cynical and skeptical over Wickerman during its construction.

the layout to me just looked really mediocre and in a way I just writ off because its layout looked a bit naff to me, I think this was amplified even more due to Wodan being my only experience with GCI and with it being more than double the height and size of Wickerman.

Now they dropped the fire marketing crap they could do 'The world's first experience to fuse GCI and boring'- Me, 1/28/2018

Smaller GCI's can be fun, though Wickerman I feel like with its layout really looks to have minimal airtime and more of focus on its theming and effects that will probably be neglected and forgotten about in 2019..

It is also a massive shame we're getting probably one of the worst looking GCI's built in recent history..

So last year as a enthusiast I kinda failed.

I only visited Lego, Chessie, and Thorpe, I just didn't get round to going up north and riding Wickerman or Icon.

Even worse my only only abroad park was  Portaventura.. Yuck.. Thorpe is better than..

This year though I think I am somewhat going to redeem myself. I'm heading to Europa in May and going to Six Flags GMerica and Cedar Point in June,

I'm not gonna fail like I did last year.. One trip this year though left me with "would I make it?" and that was Alton Towers.

After a bunch of last minute plans I finally headed to ride Wickerman, I would finally be able to form a proper opinion on the ride. 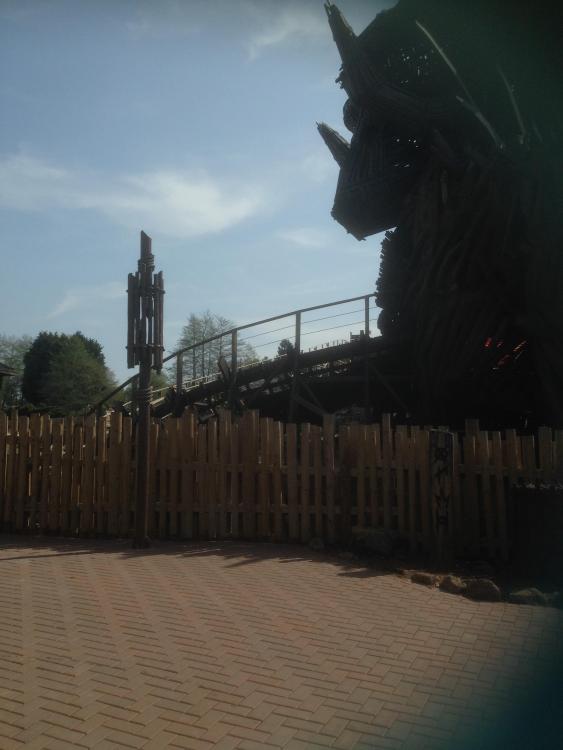 So after a 3 hour drive I headed into the park for ERT and a early ride on Wickerman.

I have to say it looks pretty sexy from afar..

So I have to admit I wasn't expecting a pre-show, it caught me off guard a little.

Overall the pre-show was kinda neat, it certainly was well done but I found it was a little dark for a coaster that has a 1.2 restriction, I also felt on repeat rides it got a little old too..

After exiting the pre-show I was very lucky to be instantly batched to the front row on my first ride, I nearly snogged the guy giving out the rows. 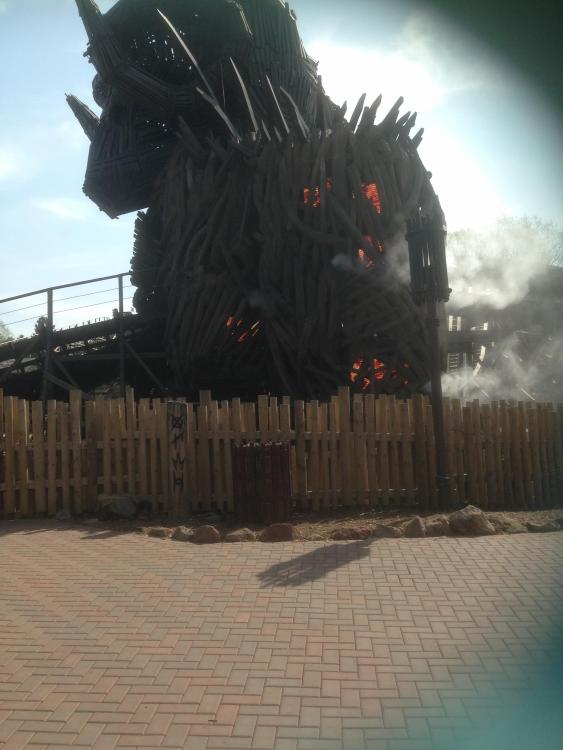 So as soon I get off Wickerman I was instantly very impressed- its well paced, fun, full of airtime pops and some fun GCI banks.

The coaster is a lot better than I was giving it credit for, its really what Alton needed.

The theming around the ride adds to the ride in a fun way (especially in the front row) and the main structure itself looks very cool.

The coaster I found had a few minor pops of air in the front but had some pretty aggressive ejector pops in the back, if you want a more intense ride I would say the back is your best bet, especially on the first drop!

The coaster runs very much like Wodan, it has a constant fast pace to it and never seems to slow down, its also decently long too.

The coaster itself was running three trains on my visit (which is great for a merlin park!) but it did stack quite a bit so don't expect Wodan style capacity.

Its not quite as insane as Wodan but its still a great ride in its own right and is a great ride for those who can't be arsed to go to Europa or Toverland.

Wickerman is proof that Merlin can build good rides, hopefully Merlin decide to add more GCI's in the future.. #Thorpe4GCI 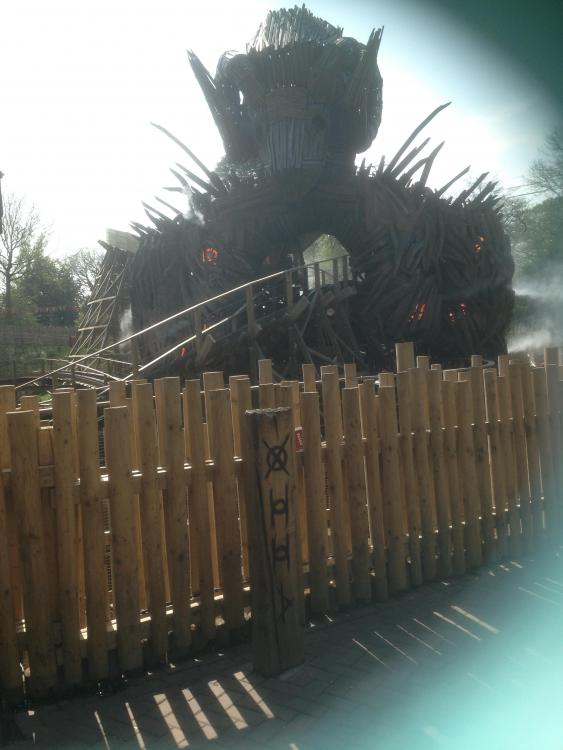 Honestly by the time you get out of the queue you could of took a two hour flight to Rust and ridden a better operated and paced GCI..- 5/3/2018

With that last post, I wasn't wrong.. But Wickerman is brilliant for this country and I'm glad I can get my GCI fix closer to home now.

3 rides on this beast only hyped me more to ride Wodan again.

Hope you enjoyed the review