I have made no secret that Europa Park is my current favourite theme park.

Something about Europa Park just makes it feel like more than a theme park, it feels 'magical' in a way, the feeling that everybody uses to describe Disney (which ironically IMO doesn't reign true)..

Anyway today I'm gonna review and basically talk about every ride and area (bar the kids areas), get your popcorn folks, this will be a long one..

The opening area of Europa Park is a great introduction to the park.

It doesn't have many rides but its very picturesque and full of flowers and fountains.

The Germany section usually always has street entertainers too which is neat. 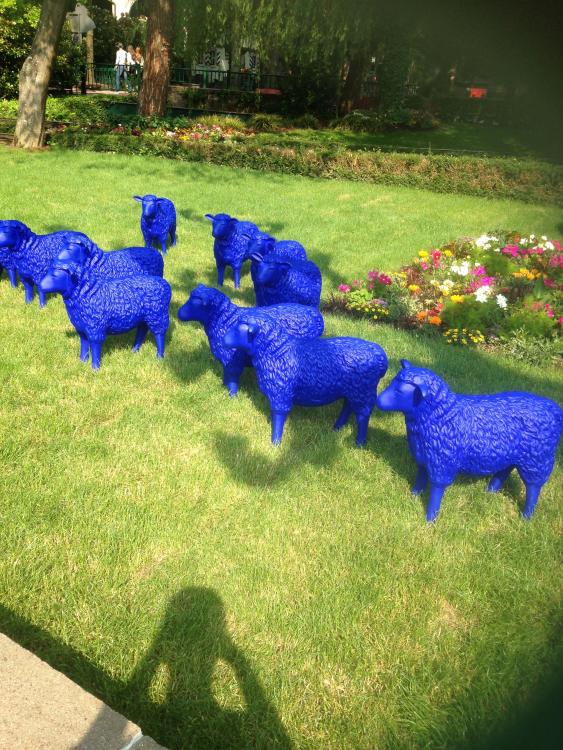 My only other experience of a flying theatre is the one at Ferrari Land so I was pretty excited to compare the two.

I was generally a fan of the one at Ferrari Land but I can safely say this is better.

First and foremost the queue-line for this ride is themed so well it made me question if I was even queuing?

The main ride itself is huge and the experience itself felt longer than the one at Ferrari Land.

Overall I think Voletarium fits really well with the huge vault of dark rides that Europa has in its arsenal, overall a great addition which I think is pretty hard to hate.

Italy is one of the smaller areas in the park but like Germany it is stupidly pretty.

The main square overall is just aesthetically pleasing and the area has a few fun things to do.

Ghost Castle is a throughput monster that is quirky and very cheesey, overall a very fun  dark ride.

Volo da vinci is a pretty fun and theming in the station is pretty neat.

Italy has a few great shows alongside the rides, this year I saw their "Rulantica: The Musical" show.

This show was pretty damn good. Singing was great, props were great, and there was english translation via a big tv for those who don't speak German.

The show was pretty damn long clocking in at 50 minutes! The show felt more like something that should be on the West End than a German theme park.

Switzerland is probably one of my personal favourite areas at the park.

The running stream, the bridge over the water, the narrow alleys, the swiss houses, it looks sooo good.

Matterhorn Blitz is a very fun wild mouse with a awesome elevator lift and a fun first drop.

Swiss Bob Run is probably one of the weakest coasters at the park. I really hope they give this the "Eurosat" treatment soon. The ride itself looks amazing but riding it is kinda.. Eh.

France is probably the area you'll spend the most time in due to housing two big coasters and its closeness to the exit.

The area itself is lush like most Europa areas and the main plaza is one of the prettiest parts of the park. 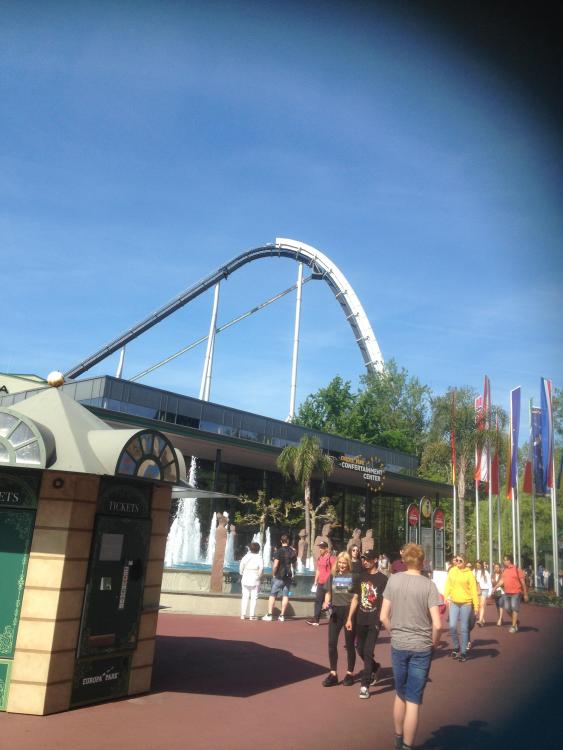 Silver Star has always been a inconsistent ride for me.

2 of the 3 rides I had on it were pretty great so I would probably rank it favourably, but I think its certainly a ride that depends on the seat and the day.

For now I would say its probably #3 in the park, Wodan and Blue Fire are certainly better IMO.

(ignore this bad picture of the exit).. 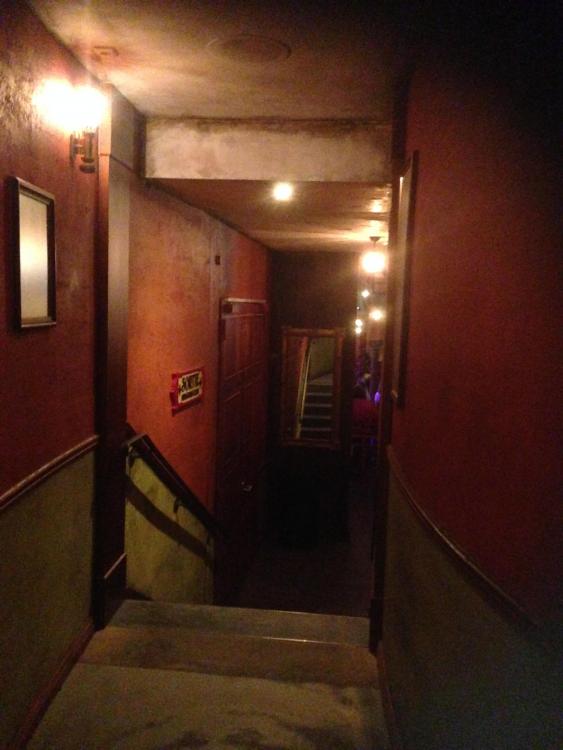 Eurosat before 2018 was always a favourite of mine. It was pretty rough but overall it was a fun coaster.

It was fast, fairly long, and overall was a fun ride.

Due to its age the ride was pretty rough, the brake run and a few of the first turns were in particular very painful and abrupt.

Last year Europa decided to refurb Eurosat, and holy fu** they were not kidding.

This isn't a retheme, a retrack, new trains, VR added, new effects, its everything I just mentioned and more.

The queue line and station are completely unrecognisable, a lot of it you wouldn't believe was Eurosat.

The ride itself now has a ton of new theming elements including a effiel tower on the spiral lift hill and a bunch of colourful lights during the main ride.

The ride is also now butter smooth and rides like a B&M, any roughness that was there is now gone.

Eurosat CanCan coaster took what was fun about Eurosat and just ran with it, the whole experience is fab and it makes me wonder what rides will be redone next.

Woah, what was a disgustingly boring mess is now a very fun attraction that is just pure fun.

How the hell did they make such a bad attraction so good? The finale with the birthday was just all too cute for me to handle.

I would now say this is one of the best dark rides out of the 800 dark rides this park has.

Greece is right next to France and is home to the very picturesque Poseidon. 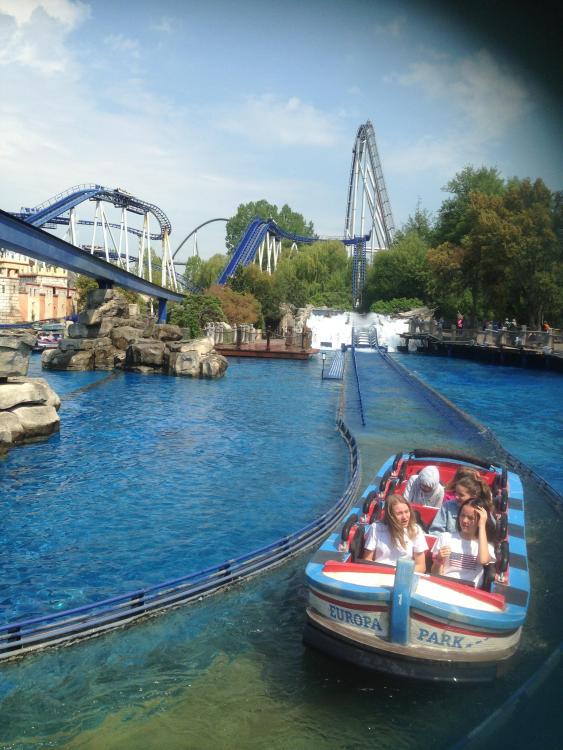 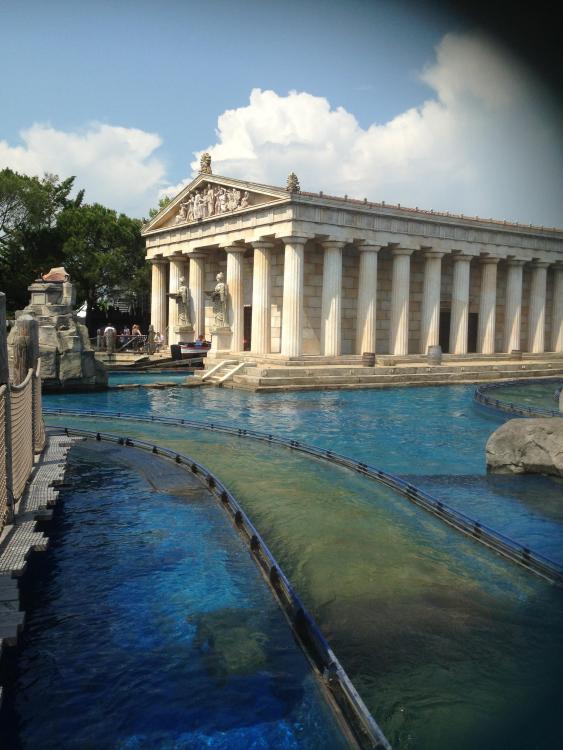 Poseidon aesthetically is awesome. Its bunny hop over the rocks, its station, just so lush..

Sadly the first coaster section is pretty uncomfortable and I think needs retracking.

The finale with the drop and the bunny hop remains very fun.

Greece also is home to Pegasus which is a very neat family coaster,

you also have the park's shooting dark ride which is always good fun.

Home to Euromir and the best ride in the park, Russia is a pretty neat (but small) area. 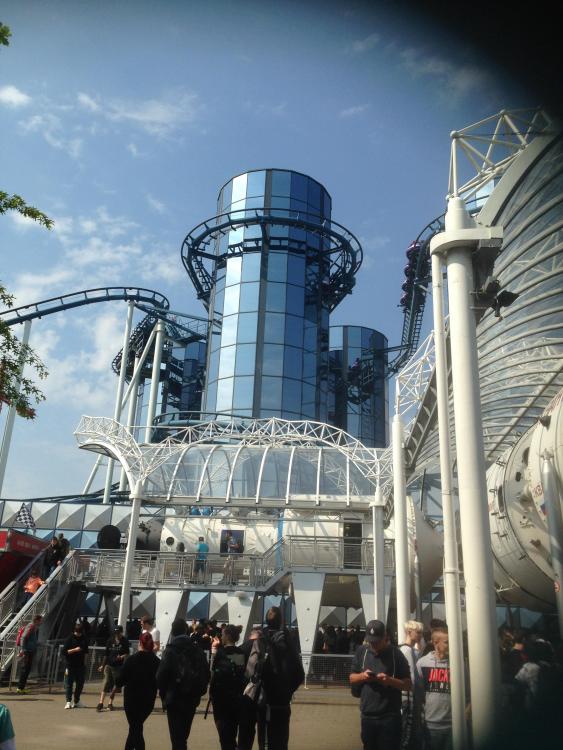 Euromir seems to be a very marmite ride.

You either adore this coaster or you plain think its boring.

I think its a great ride to be honest. Sure its got a lot of meandering before the main coaster, but when you do reach the actual coaster it is actually very intense!

If you go backwards for the rides finale then you get a lot of positive G's on the turns. 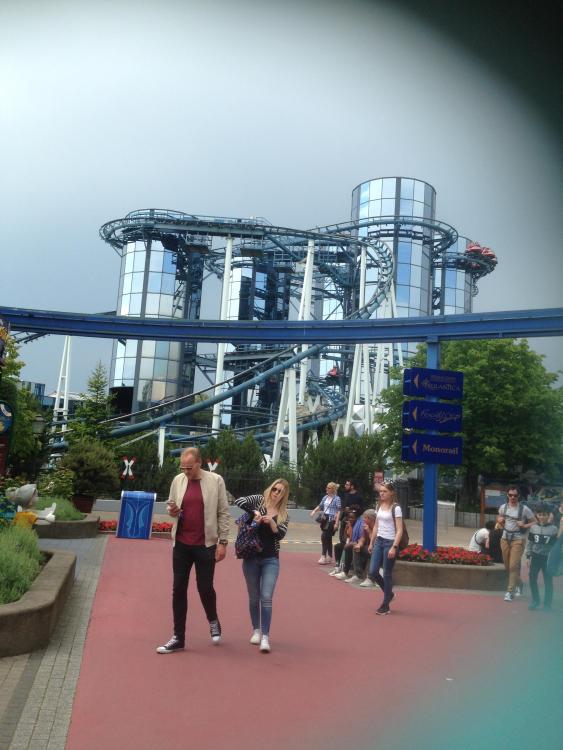 Also in Russia is the beast, the best, the absolute best ride I have ever ridden..

Go home Fury 325, Steel Vengeance, you have nothing on Snowflake (aka bench) at Europa Park.

My favourite section had to be the drop track and the sea serpent roll.

This is a pretty nice area with a large lake.

There is a boat style ride that goes around the lake alongside a little raft ride, overall pretty insignificant. 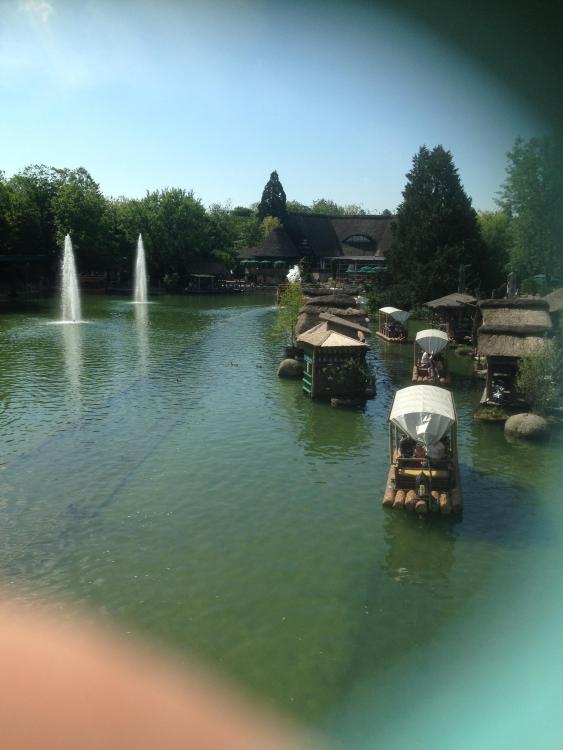 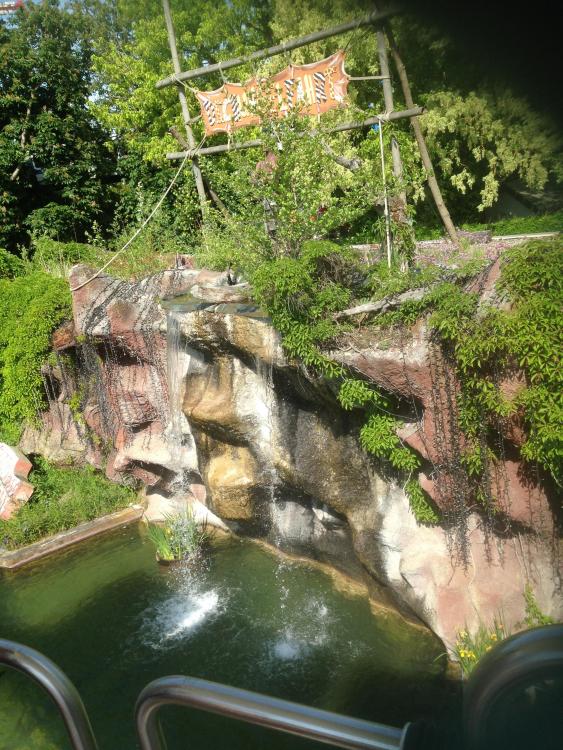 My rolls are bigger than this area.

Really more of a support area.

I think  a RMC themed to brexit would liven things up here. 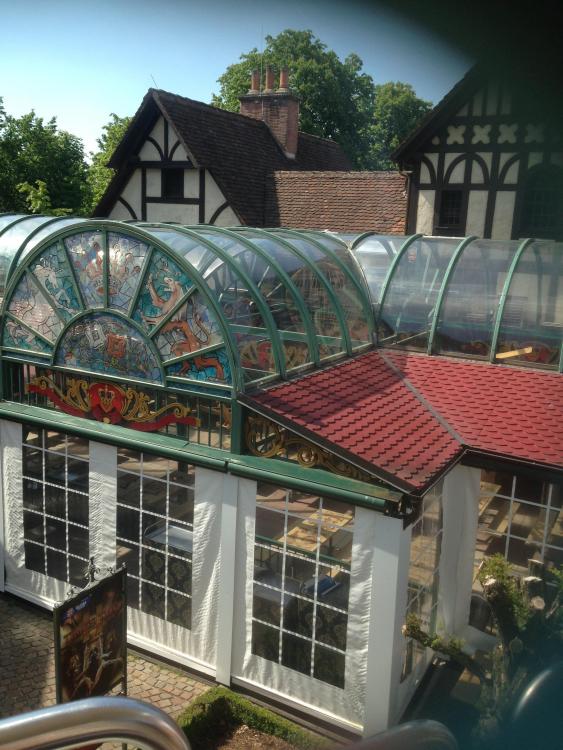 Austria is towards the back of the park and is home to their log flume and their splendid powered coaster.

Best thing about the area is the world of diamonds.

Arthur- In the Minimoys Kingdom:

Home to a few flats and obviously Arthur.

Arthur like always is a truly magical coaster and dark ride.

The ride never gets boring, its a utter gem.

I really hope Mack sell more of this ride type, Arthur showcases just how much this ride model can achieve. 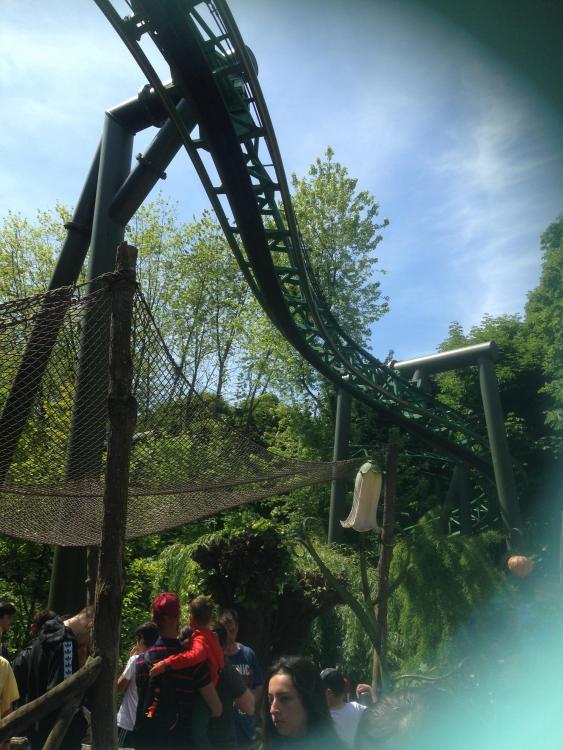 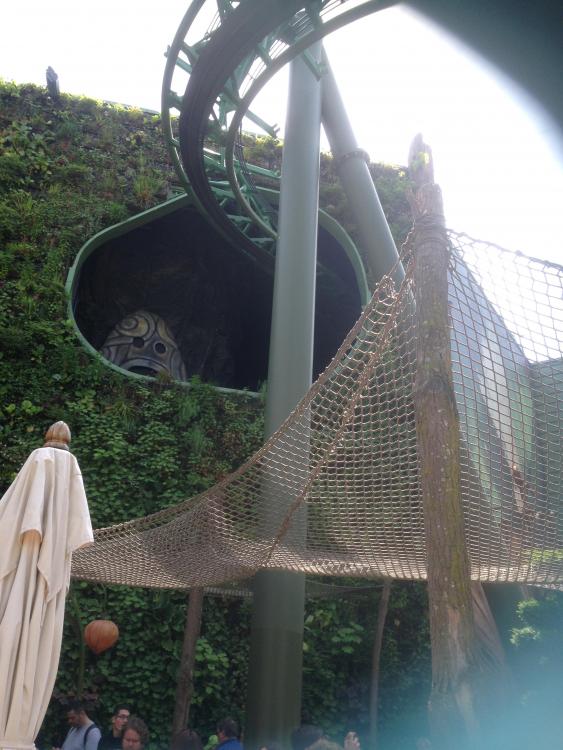 Spains biggest claim to fame is its shows and a few flats.

The stunt show is pretty damn good and kolumbusjolle is a great flat ride.

Sadly this area wasn't finished on my visit at the park though what was finished looked great!

Fjord was still open though and I have to admit that Fjord is awesome, easily my favourite rapids. 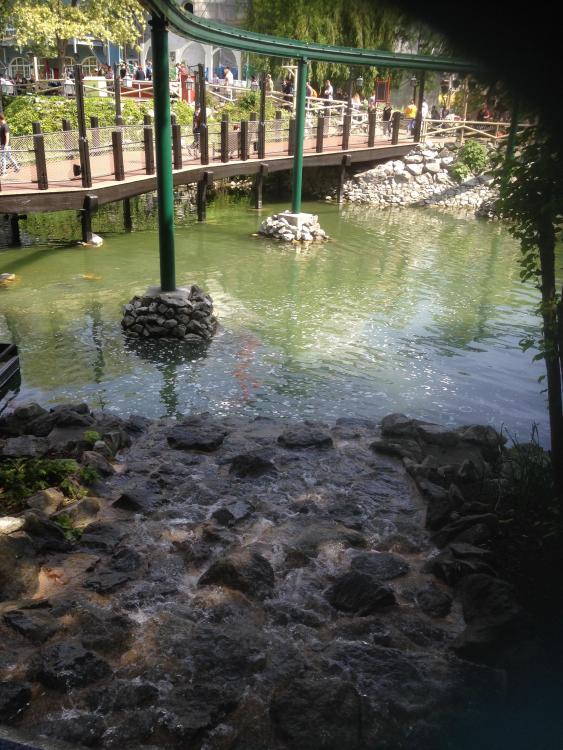 Portugal really only has one ride worth talking about- ass.

Alantica Super Splash is good fun when its hot, probably not as fun as Poseidon but overall its a neat ride. 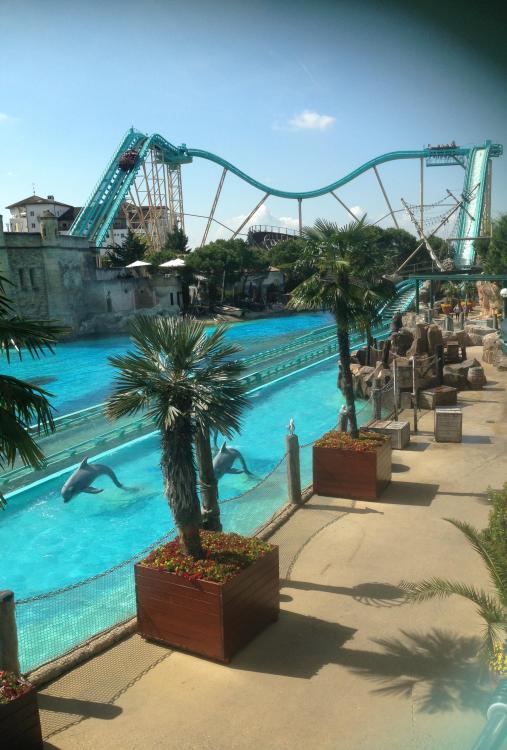 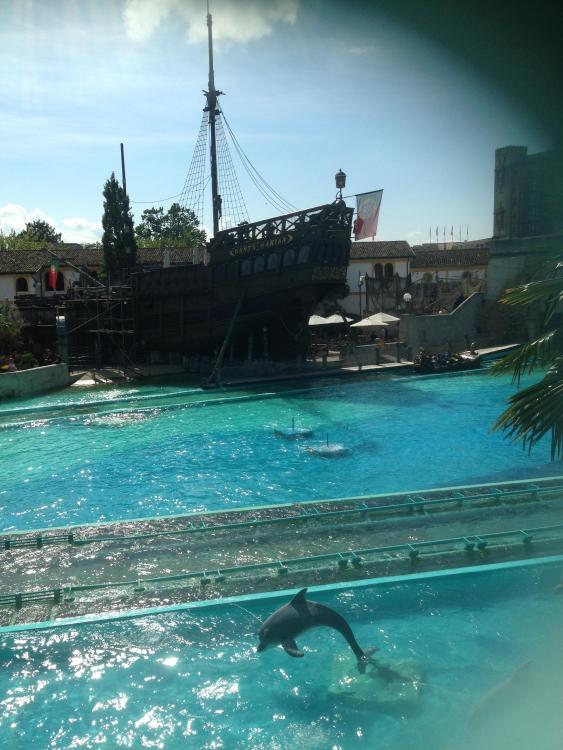 Like France this is a area you'll probably spent a lot of time in due to it housing two of the biggest coasters.

Besides the dynamic duo you have Whale Tours which is a fun water ride, but we all know why you go to Iceland..

Wodan remains my favourite in the park.

Wickerman is certainly fun, but Wodan is just absolutely crazy.

It has constant pops of airtime and just feels relentless throughout.

Its easily the most intense ride at the park and never fails to leave me breathless after riding, 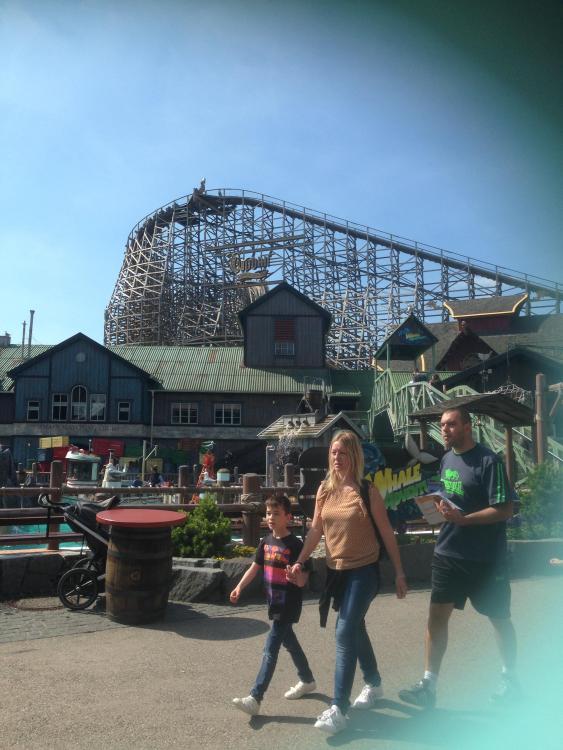 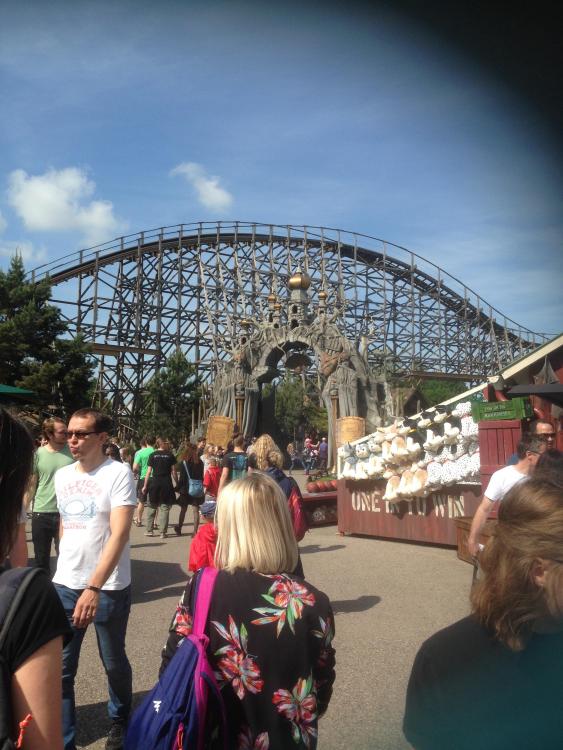 Blue Fire remains the butter smooth coaster with the heartline that makes you its bitch.

I really enjoy the re-rideability of this ride, its one of those coasters you can just ride over and over.

I think it is easily is the second best ride in the park. 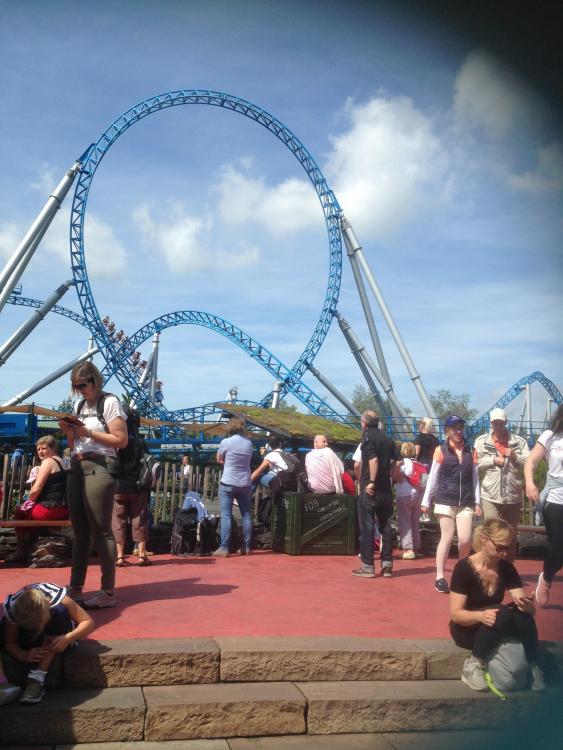 Next review will be Cedar Point! 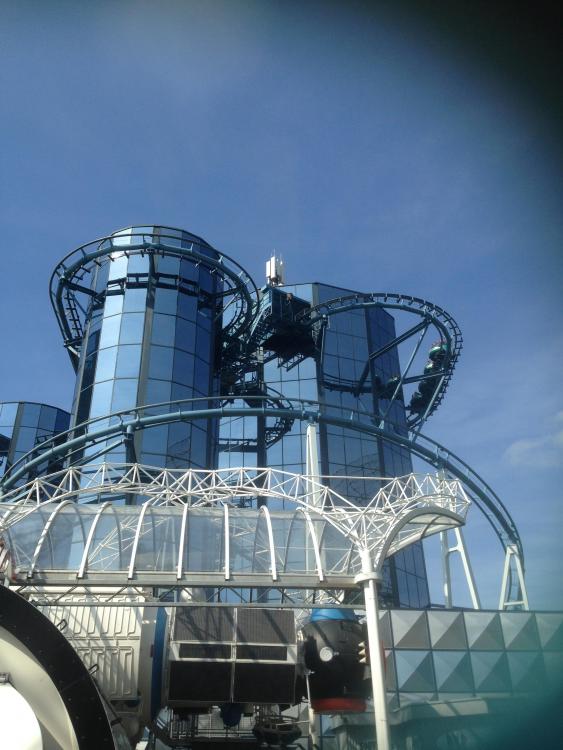