When going to Chicago the nearest park worth giving a sh** about is certainly Six Flags Great America (unless you're willing to drive to Cedar Point).

They received a kiddie woodie (wasn't too fussed on getting that cred), a B&M Wing, a RMC, a freespin, and recently a S&S launch.

This park really gave me Thorpe Park vibes. The park is fairly compact with a lot of the rides being kinda on top of each other.

Just like Thorpe a lot of the rides are very packed in to the space and walking around is fairly easy with that in mind. 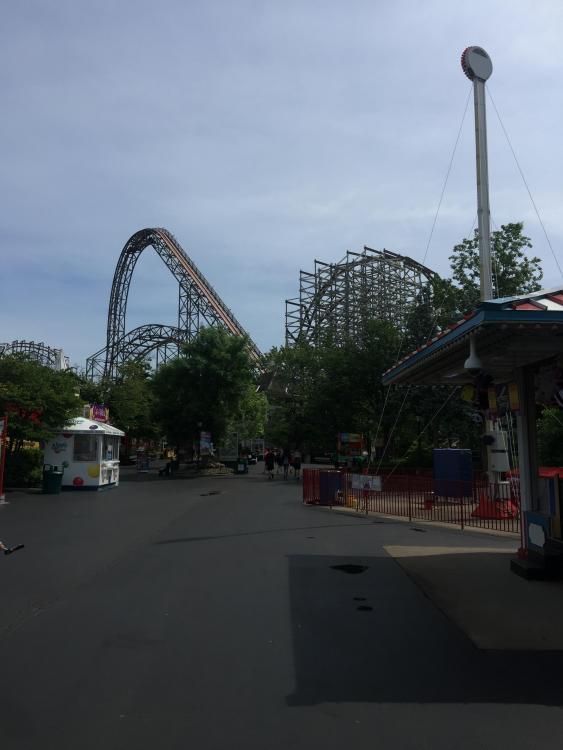 Goliath is the park's groundup RMC woodie and despite not being anywhere near the level of Steel Vengeance the ride is pretty insane.

The ride's first drop is certainly the highlight with a very steep angle and the signature ejector RMC's are known for.

Other than the drop the ride has one more airtime moment before the dive loop which also gives great ejector.

On the inversion front the dive loop is good fun and the zero g stall is orgasmic.

Sadly the ride is kinda neutered by its shortness but I would still rank it in my top 10 because it still kicks ass.

I think if this thing was longer and had more airtime I would like it more, though Zadra will probably show us what a longer Goliath would ride like anyway.

Overall my favourite ride in the park but its short length makes it worse than New Texas Giant and Steel Vengeance IMO.

I have to admit I really was a fan of Wicked Twister, I really enjoyed the powerful launches and the spikes were brilliant fun.

Vertical Velocity managed to wow me even more due to one of the spikes actually being just plain straight which gave the ride a brilliant drop if you were in the back!

The ride like Wicked Twister is just a lot of fun and not anything mind-blowing, but V2's tight footprint and fun launches give it a pretty pivotal position in the Great America lineup. 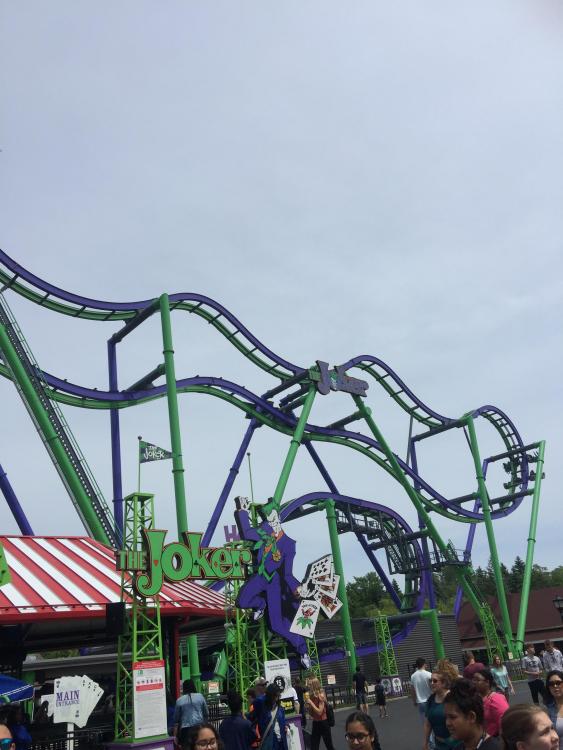 S&S Freespins.. A incredibly divisive coaster model that due to the mass cloning seems to be fairly disliked,

people seem to hate these things and honestly I don't know why.

I loved The Joker, I actually preferred it over a B&M Hyper, don't @ me..

Why do I like this ride and model? Let me explain.

The Joker is a incredibly unpredictable and re-ridable coaster that always left me wanting to get back in line for.

Its a short ride but it packs a punch and you never quite know how your cycle is going to treat you, it might be a fairly tame cycle or you might get brutally spun for the duration, you never know.

I know some people hate this coaster because of this but I liked it, I thought it made the coaster more re-ridable as every ride is vastly different from the other.

When the ride does give you brutal cycles its utter insanity, heck this is the only coaster that me feel flat out scream, you feel so out of control on this thing.

I think for its footprint The Joker is brilliant for this park and I would love this ride at a park like Thorpe Park.

Batman: (no pics cos idgaf)

Batman at Great America is the first of the Batman clones (and the first invert)  and overall its a fun ride.

I certainly prefer Raptor and Nemesis but its a solid invert with good intensity.

The one thing that made me a little annoyed with this ride was pi** poor operations and stacking which made my Europa Fanboy heart break.

Despite the Six Flags operations the ride was a solid invert that blows Inferno out of the water.

American Eagle is the parks huge racing woodie built by Intamin. The ride overall was incredibly fun though it certainly shows its age.

The ride has some brilliant airtime moments and a brutal turn-around, overall I found the bunny hills toward the end to be a particular highlight.

The operations on this ride were honestly pretty shocking to be honest though- lengthy stacking, only one side operating for most of the 3 days despite a lengthy queue!

Sure Gemini only runs one side a lot of the time but Gemini never had a queue and its throughput is still pretty great with just one side.

The queue with one side operating on American Eagle was literally painful to watch..

Overall a great classic woodie though I would like GCI to perhaps re-track some of this ride as it certainly shows its age! 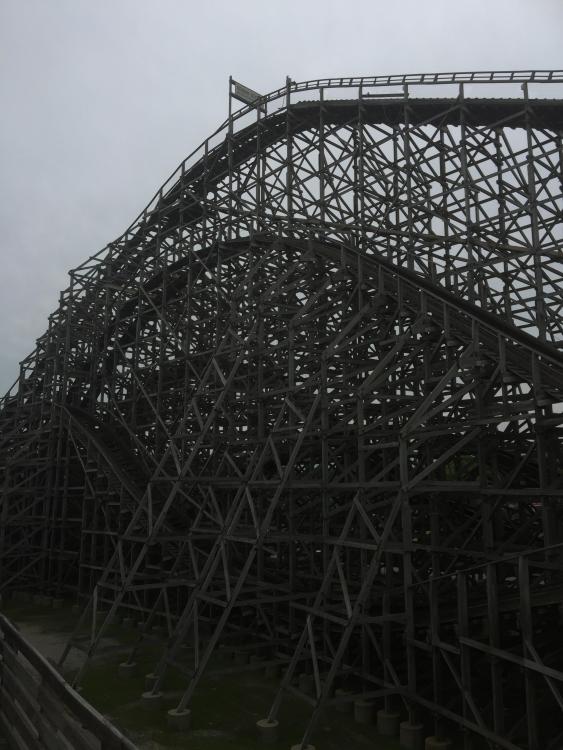 Viper.. Despite a unoriginal layout, what a brilliant wooden coaster.

This ride is just plain fun with great airtime and overall just a complete classic that certainly stills remains a gem in the lineup.

The ride is rough enough to have character but is smooth enough to be enjoyable, it really is what a wooden coaster should be.

Unlike other rides in the park Viper had a really good crew running it and the theming was also pretty decent for Six Flags.

Overall a complete classic that deserves to stay in the park for years to come. 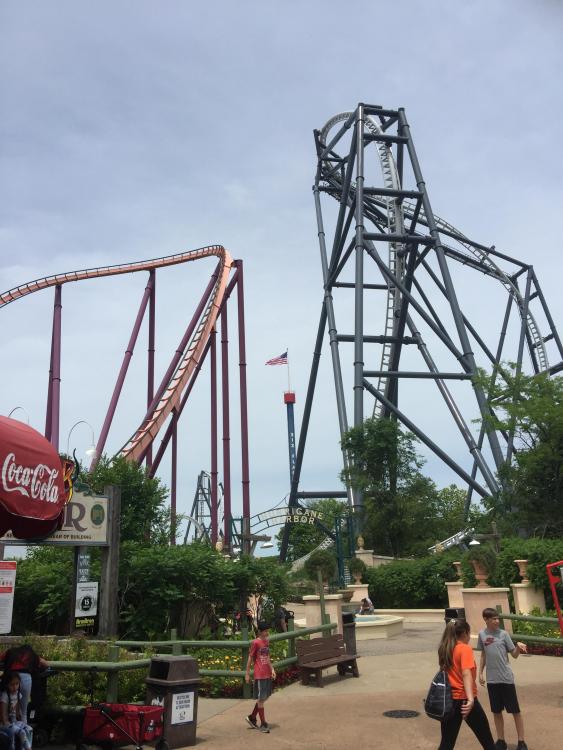 I wasn't expecting much going in, what I got was booooorrrrrinnnnnng.

If you think Silver Star isn't all that great you'll fall asleep on Raging Bull, Silver Star at least has a great second half and is actually interesting!

Raging Bull is nicknamed by many as 'Raging Dull' and honestly it lives up to the name, the ride is just a bunch of forceless turns with a few airtime moments that give no airtime.

I actually prefer Titan at Six Flags Over Texas, that ride was kinda boring but the helixes after the mid course made me grey out every time, Raging Bull was literally forceless.

Don't get me wrong this isn't a bad coaster, but its certainly one of the worst if not the worst B&M Hyper.

I get why it has a twister layout due to space but they could at least could of made this more.. Interesting?

On the upside the crew on this were hauling with operations, they ran two trains and managed to dispatch trains before the other train even made it to the final breaks! That is pretty amazing for Six Flags!

Dark Knight is a pretty fun enclosed wild mouse, It certainly doesn't have the most intricate theme, but its fine.

Nothing less, nothing more. I think having a indoor coaster is good for the park though.

This ride was kind of a tragedy to me. Let me explain.

Superman is a great B&M flyer that completely blows Air out of the water, easily one of the top rides at the park and something you'll wanna ride a fair amount.

Then you remember this is Six Flags. It takes YEARS for trains to dispatch (like 4 minute+) and this ride team seemed especially unmotivated and miserable.

What could of been a 10 minute queue was 30 minutes, and the staff seemed about as cheerful as someone at funeral.

Its a shame cos Superman is probably my favourite B&M at the park and maybe even the best B&M of the trip.

It really sucks that the operations are god awful and so dreary, hopefully the team in other years are nowhere near as bad as this years.

Sure a bit of stacking would be okay as flying coasters aren't the easiest rides to load but Superman was just stupid with stacking trains on sitting on the brake run for what seems like eternity.

Overall an amazing B&M ruined by really depressing operations. That pretzel loop is sexy though.

Demon was a fun arrow coaster, I probably wouldn't rank it above Corkscrew though due to Corkscrew's really fun airtime hill.

Unlike Corkscrew, Demon had some cool theming throughout its layout and it interacts with X Flight towards the end which is cool.

All in all, a fun ride but nothing to shout at. 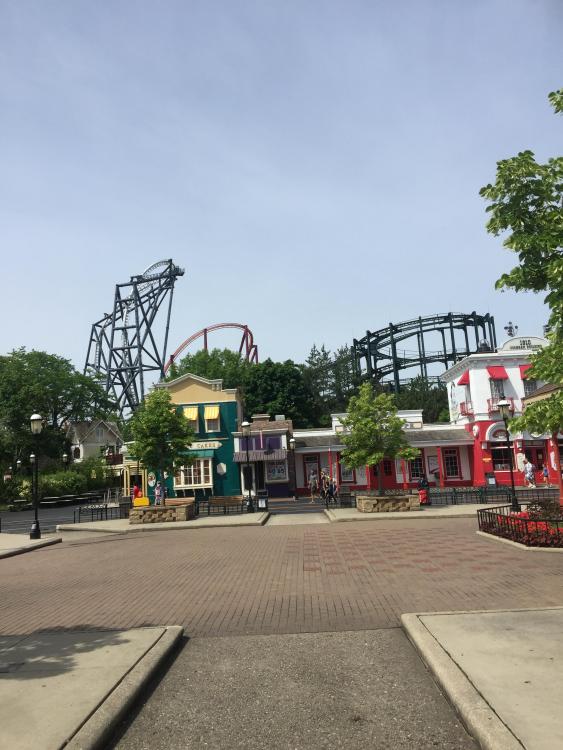 Whizzer was a fun family coaster but I wouldn't say its anything to scream about.

Its got a cool lift hill and a fun tree hugging layout, like for a family coaster its cool.

The operations were truly awful though- stacking was nearly as bad as Superman and it made a 5 minute queue at Europa into a 40 minute queue as staff just stood like statues in the station.

Not the best Schwarzkopf (Shockwave is the sh**), though Whizzer is a fun family coaster. 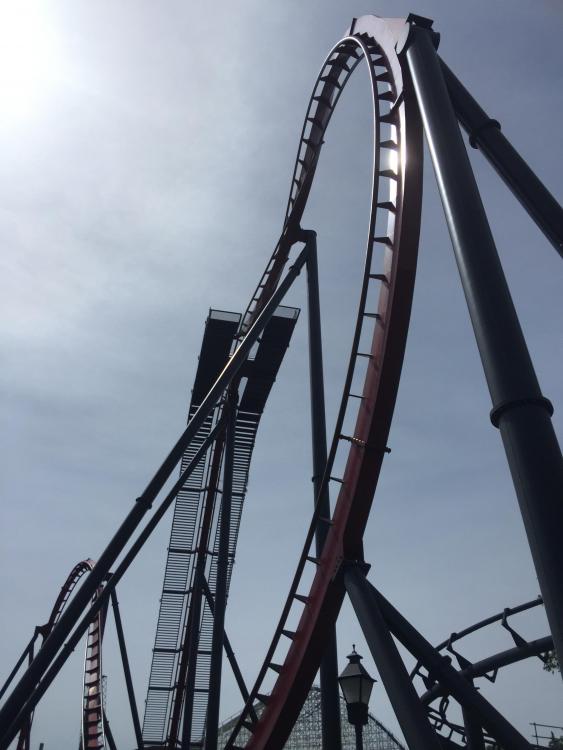 X flight as a whole just reminds me of Swarm.

They both have a similar-ish layout, similar stats, and just overall I would rank them about the same.

X flight feels a smidge bit longer and the layout doesn't have that awkward turn around like Swarm does so I think I give X Flight a slight lead, though honestly they are about the same in my rankings.

If you have ridden Swarm you know its a very graceful ride (perhaps a little too graceful) and the ride overall is all about the wing sensation, these wing coasters aren't really built for high forces or crazy elements.

Overall X Flight pretty much rode how I thought it would, its a fine coaster and its something different in the lineup. 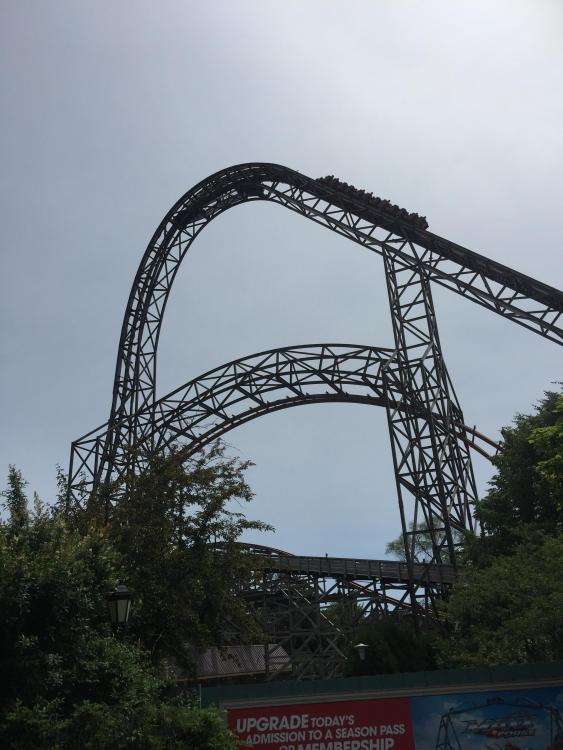 After such great operations at Cedar Point and Europa I think Six Flags was a bit of a shock. Cedar Point and Europa are incredibly efficient with operations and Six Flags Great America just weren't.. These ops were probably the second worst I have ever seen at a major park, only behind Portaventura. If you haven't guessed from this review, I value operations quite high when I visit parks so this kinda got on my nerves.

Six Flags Great America overall is a park with a great lineup of coasters (especially now they have Maxx Force) which is certainly a fun time for credit whores.

I do think when it comes to operations and beauty Great America really is very lacking which means this park is really about the rides and nothing else.

On the upside the food is pretty decent and Six Flags is pretty reasonably priced, so in terms of cost its a pretty good deal.

I think Great America is a park that you should do at least once if you have the opportunity, I don't think its a park I would visit again unless they added another big coaster but its a good park nevertheless. I'm certainly not itching to go back like Cedar Point but its certainly a good park. 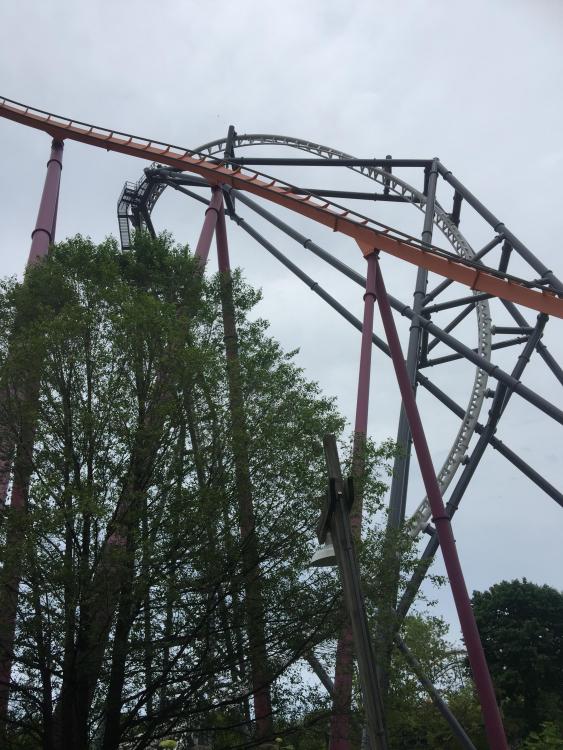