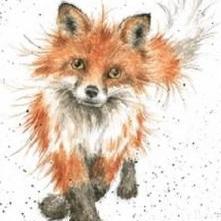 Donate it to Paramount London as a welcome gift.

Personally think it would look better if it was burnt down.