Room on the Broom - A Magical Journey 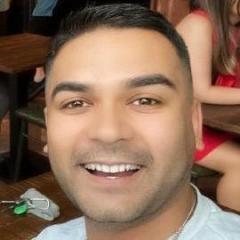 By StevenVig,
February 20, 2019 in Chessington World of Adventures