Managed to get down to the Dungeons yesterday to ride Vengeance.Was an odd one, as one second we were waiting to board and then we were moved into the what I thought was a pre show room.. Turned out t

These have just been posted on Roller coaster Xtreme Facebook. I'm impressed with all the small details of theming 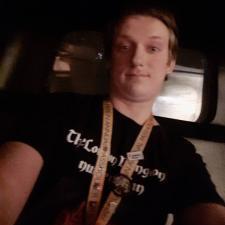 Went through the dungeons tonight and to my utter surprise Tavern is now open! it's so well themed and the drink selection is good. you get to the entrance if it's a bit full you have to wait but you