Think I've said it often now but Asylum absolutely blew practically every other FN maze that ever existed out of the water.   I wouldnt necessarily say it is nostalgia that gives me that opi 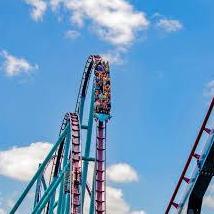 Whatever FN 20 ends up being like, at least we're getting good teaser videos now! At last these have some decent production quality which is consistent with a major theme park..

It would appear that the Jungle Escape building is being cleared out: https://themeparkguide.co.uk/news-page/Fright-Nights-2021-Construction-Work-Begins   And with UVE still around there, co