By Glitch,
November 10, 2021 in General Discussion

Mardi Gras started today, and of course TPM were there!   We have a write up here: https://thorpeparkmania.co.uk/news/19-05-2022/Mardi+Gras+Arrives+at+Thorpe+Park   I also want to 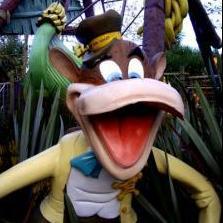 Hi one and all I have created this petition. It is too save/relocate Rocky Express. This ride is symbolic to Thorpe Park and has been enjoyed by multiple people and generations. As this Ride is one of

This money tastes funny... unexpected journey... this is your stop... who's Railway is it.... Derren Brown's Ghost Train Return Of The Demon: The Rollercoaster (DBGTROTDTR) seems 99% confirmed to