"Merlin still about originality" With respect, this couldnt be further from Merlin's real intentions and procedures. Sorry for the looong post! Merlin started off buying already-successful attracti

Hocus Pocus Hall was actually a recycled attraction idea originally planned by John Wardley in the 1990s.   Here is a collection of the concept art for the original plans, featuring Lord Chessington 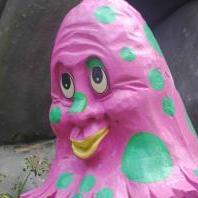